Frequent readers of the DOG Aviation Blog will remember a couple of weeks ago a partial loss of power occurred during climb out from the airport moments after there was a faint smell of fuel. Of course, the flight for the day was aborted and the RV-12 was immediately landed so inspections could be made. After looking at the Dynon SkyView’s flight data log, it was determined the issue was caused by the left carburetor going rich … so the carburetor bowls were removed for inspection of the carburetor’s parts.


Nothing unusual was discovered with the left carburetor except for a very tiny piece of grit in the bowl (which may have caused the issue but it sure was small) … however, the same could not be said about the right carburetor which had a good sized flake of what appeared to be a flat black paint laying on the bottom of the bowl. It was noticed that the float bracket was entirely black as opposed to a shiny brass … looks as though it had been coated. The only shiny brass was where the float pins made contact and where the clip for the needle valve rides … which revealed a large shiny brass area which I suspect is where the flake came from. Having taken the Rotax maintenance classes, I knew this was not right. In the realm of aircraft, when you see something you know is not right, it needs to be addressed now … not later. 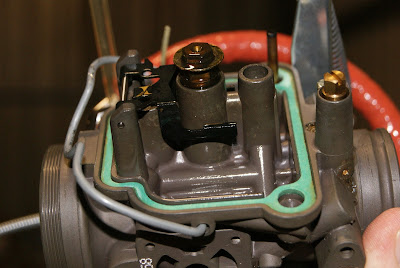 Here is a photo of the right carburetor after removing the bowl. One can see the entire float bracket is black except for the shiny brass area where the clip for the needle valve was riding … this is the area that I believe the black flake discovered on the bottom of the bowl during the first inspection came from.


I placed a call to Lockwood and ordered replacement parts and a few spare items such as gaskets floats, etc., just to have on hand for ongoing maintenance. While on the phone to Lockwood, asked to be transferred to tech support to find out if they had ever seen a black float bracket … so explained to tech support what I had discovered. I was told that they have never seen such a thing. The only conclusion we could come to was that Bing (the manufacturer of the carburetor) placed a float bracket in the carburetor that is used on another type of engine. I was told Rotax does not assemble the carburetors they are purchased from Bing intact … so it had to have come from Bing that way. This must be the case because if the black coating was caused by alcohol or some additive in the fuel, one would think the float bracket in the left carburetor would look the exact same way … nope, it is shiny brass. 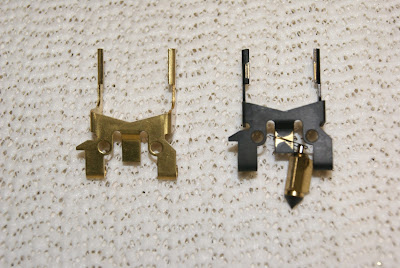 Here is a close up of the 861-192 float bracket from the right carburetor alongside the new shiny replacement float bracket. 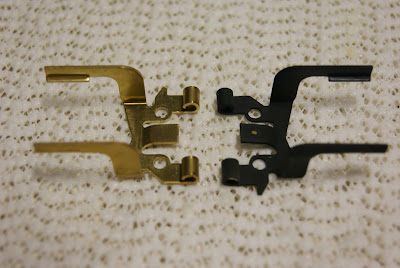 Same parts as in the previous photo ... but flipped upside down.


Have not flown the RV-12 since the carburetor parts have been replaced as the weather here in northeast Ohio has not been good for weeks. It has either been raining, snowing or there have been very low clouds as can be seen in the following photo. 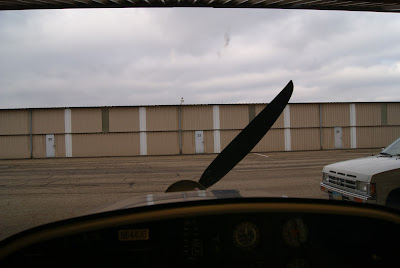 After replacing the carburetor parts, it would be nice to go for a test flight but the weather has just not cooperated … it has either been raining, snowing or the days have been dreary with low clouds as can be seen in this photo.


Yesterday, we began getting into real winter conditions with a significant drop in temperatures along with snow forecasted off and on for the next few days … so at this point not sure when the next clear day will be coming along so another test flight can be made. It is official … winter has come to northeast Ohio.