It is amazing how much work a pet can create … case in point, our rescued cat. It started last summer and was pretty much like watching scenes from a Looney Tune’s Tweety Bird & Sylvester cartoon. What self respecting cat can ignore being taunted by a multitude of tweeting Sparrows perched in the bushes just outside the porch's screens? or pesky flies just asking for it? not to mention  turf disputes with other trespassing cats! Well, the very, very old porch screening has not been much of a barrier for a laser focused cat on a mission ... and subsequently, numerous holes and rips have been created in the tired old metal screening. You can see where this is going … yet more time spent away from the RV-12 project replacing all the porch screening with a more robust “pet resistant” (at least in theory) screening. This has turned out to be yet another one of those projects which has become a time sucking abyss. However, in between rain storms and the need to get off ladders, some forward progress has been made on the RV-12.

In preparation for the switch being installed to control the electric fuel pump, the red wire that powers the fuel pump was removed from pin 29 of the fuselage connector using a pin removal tool. The plan is to install a new wire from pin 29 to one of the recently purchased rocker switches and hopefully have enough wire length to secure the removed wire which runs to the fuel pump onto the rocker switch without making any splices. At this point, it looks good .... the final switch position on the panel will be determined later after seeing how much room there is once all the panel goodies are installed. 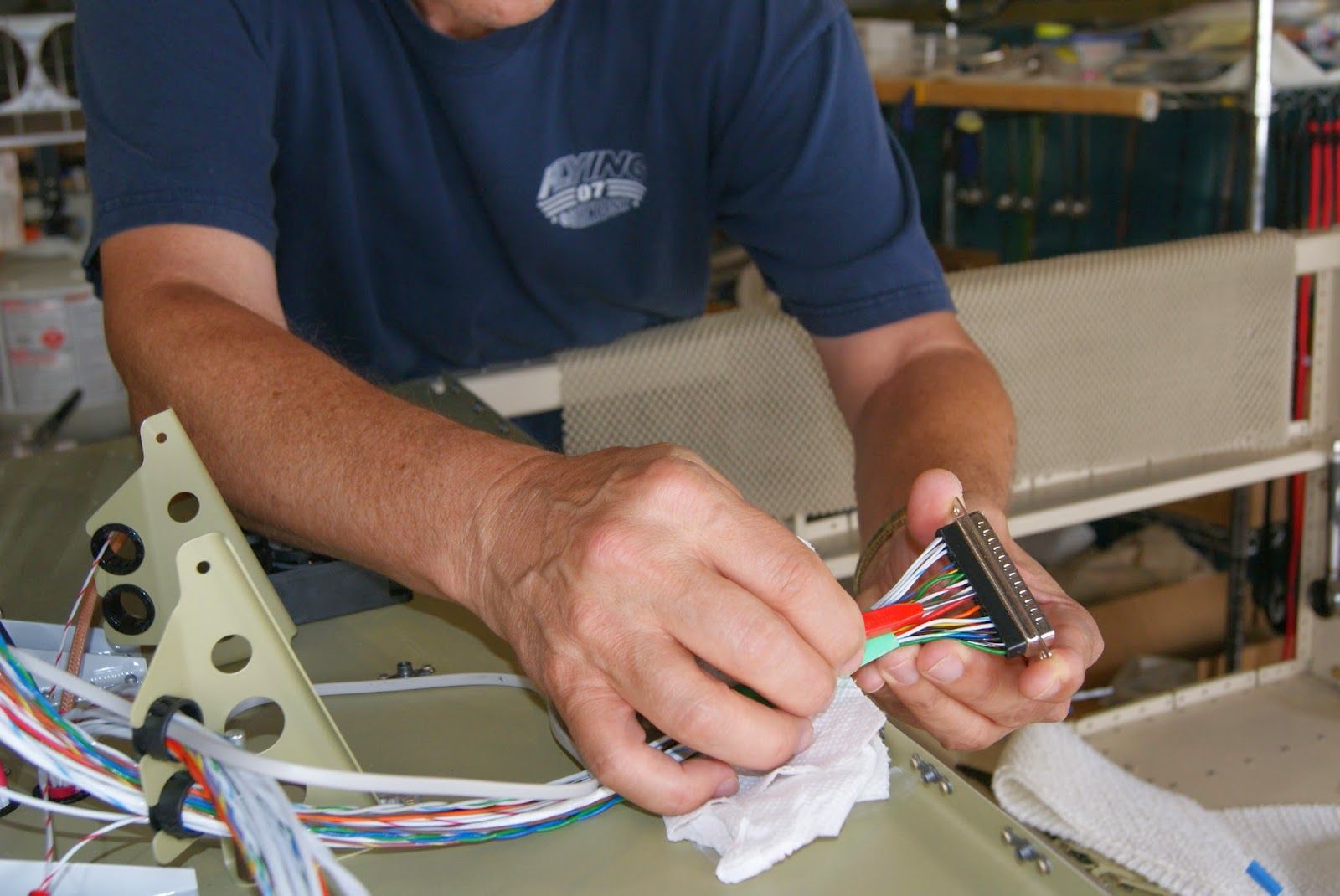 Inserting the pin removal tool to release the fuel pump wire from position 29 of the fuselage connector. 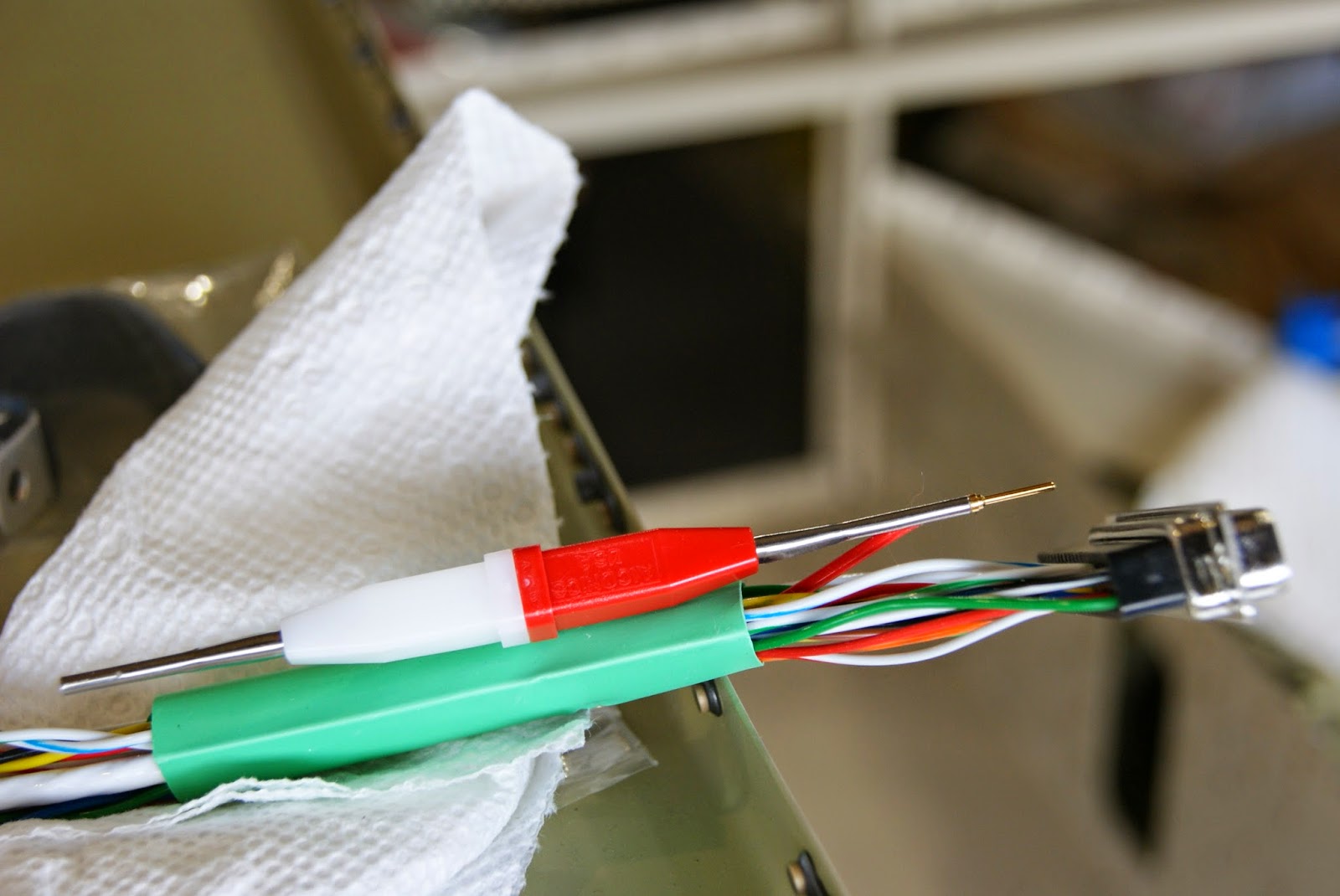 The electric fuel pump wire with removal tool after the wire was removed from position 29 of the fuselage connector. 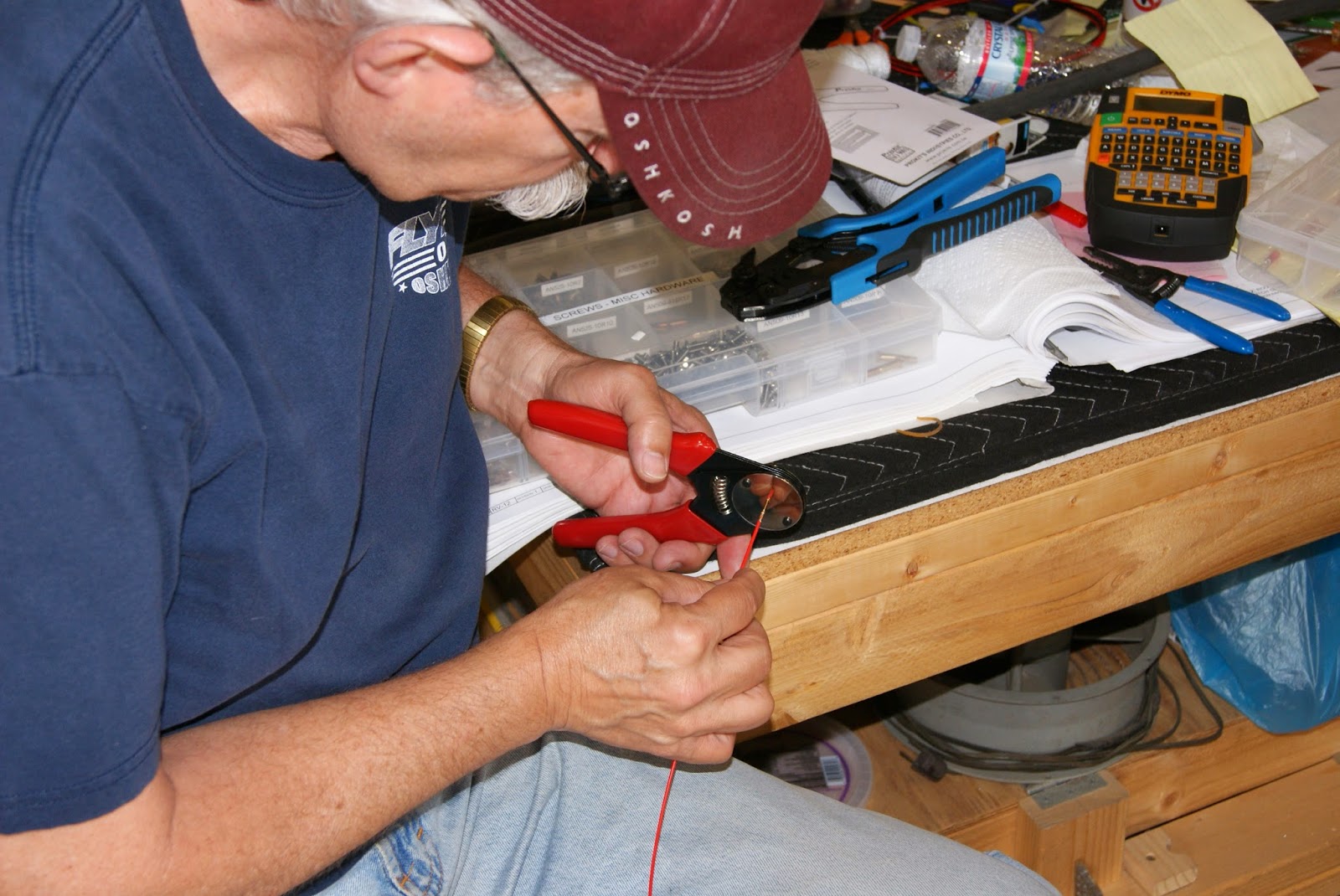 Inserting the wire with pin into the special ratcheting crimping tool. 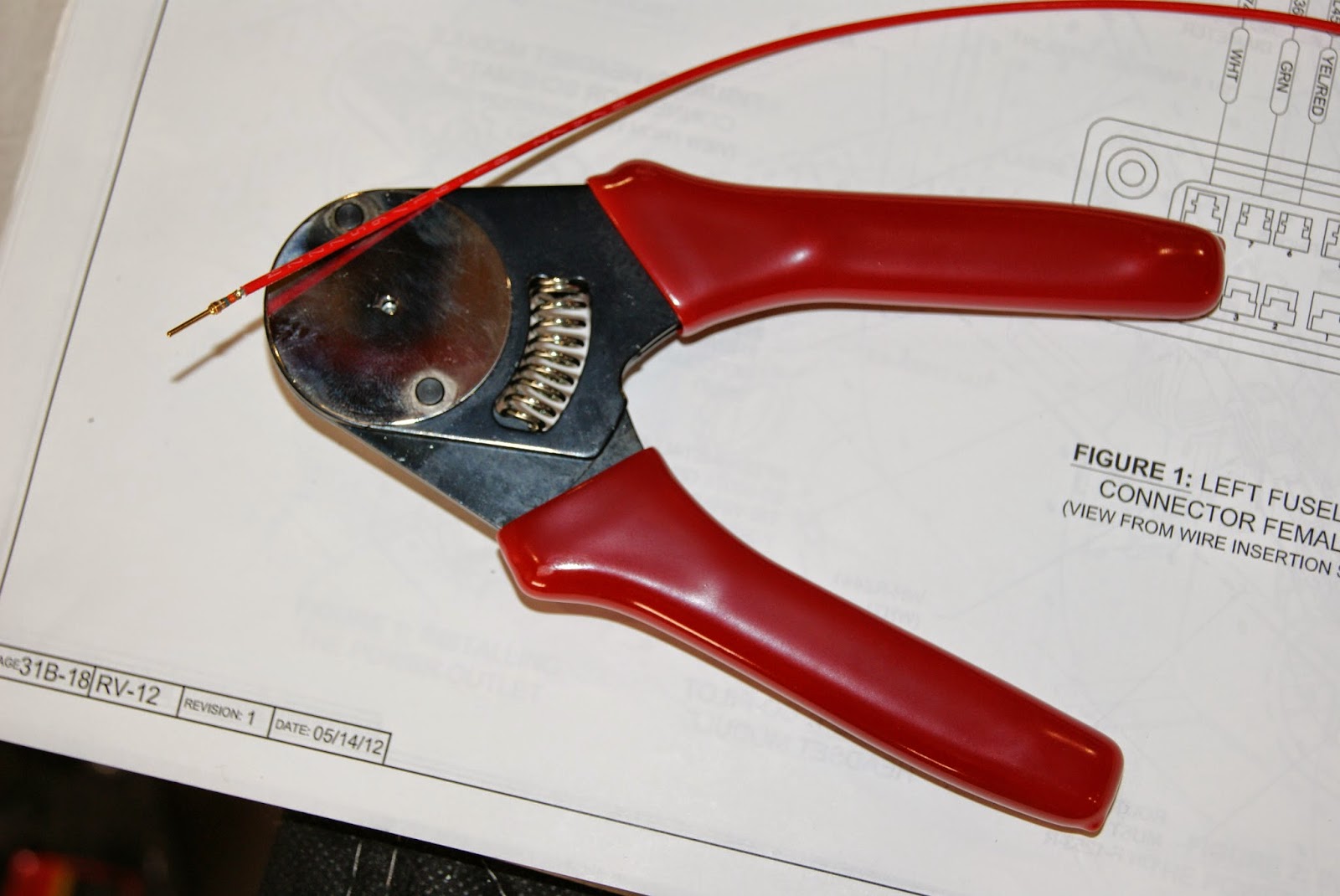 Completed wire with the newly crimped male connector pin which will run from position 29 on the fuselage connector to the yet to be installed fuel pump rocker switch.

With the exception of installing the extra switch to power the left landing light, the wiring at the instrument panel end of things for the shielded cables being installed for the landing lights and the navigation/strobe lights is now completed. The two shielded cables were prepped and the 18 gauge wires were terminated with female pins and installed into the appropriate positions on the options connector. Unlike the fuselage connector, Van’s already shrunk the heat shrink around the wires going into the options connector. I did not want to make any cuts in the shell of the connector so decided to strip back the shielding on the two cables so the shielding ends just before the shell of the connector. 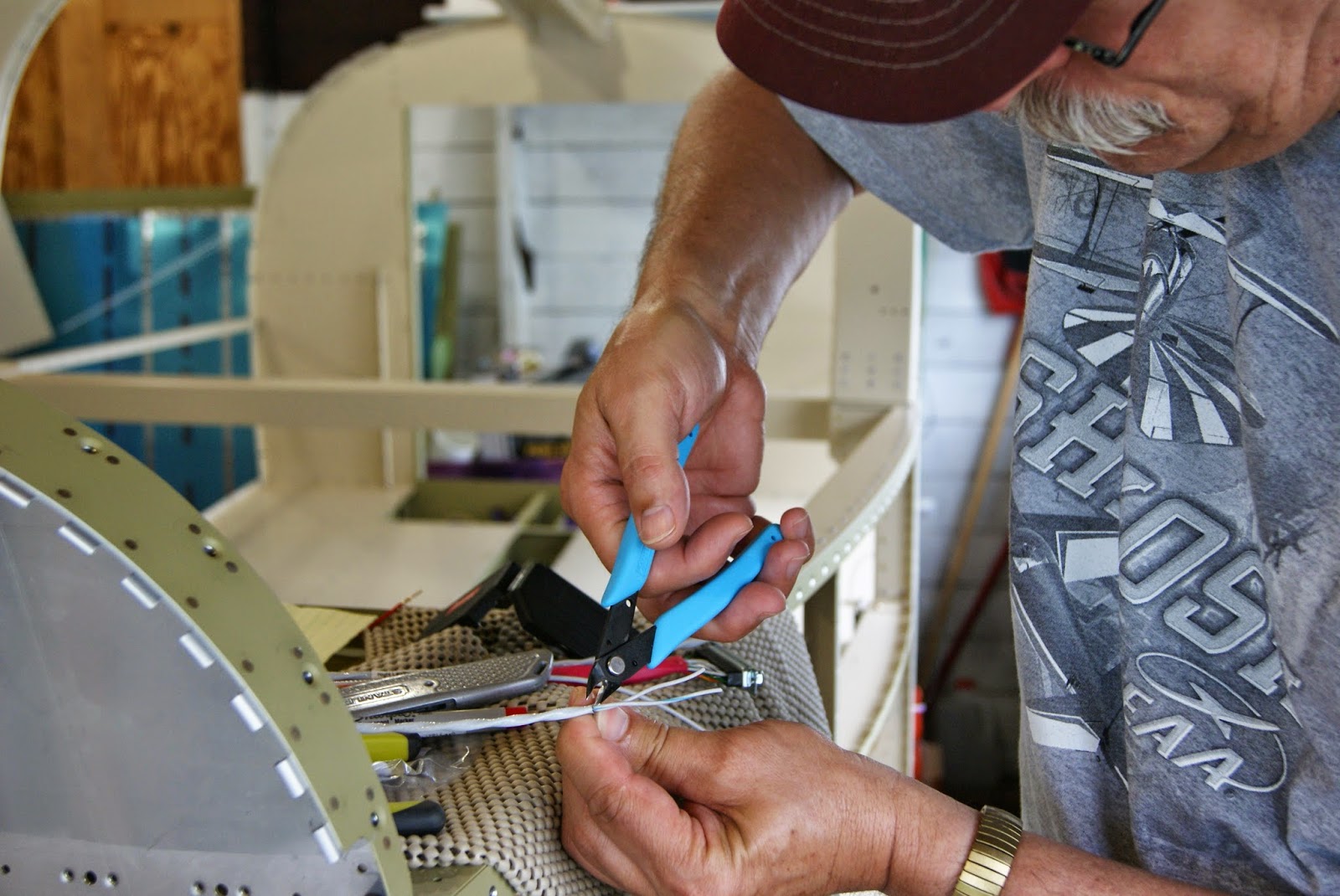 Stripping back the shielding with a pair of flush cutters. 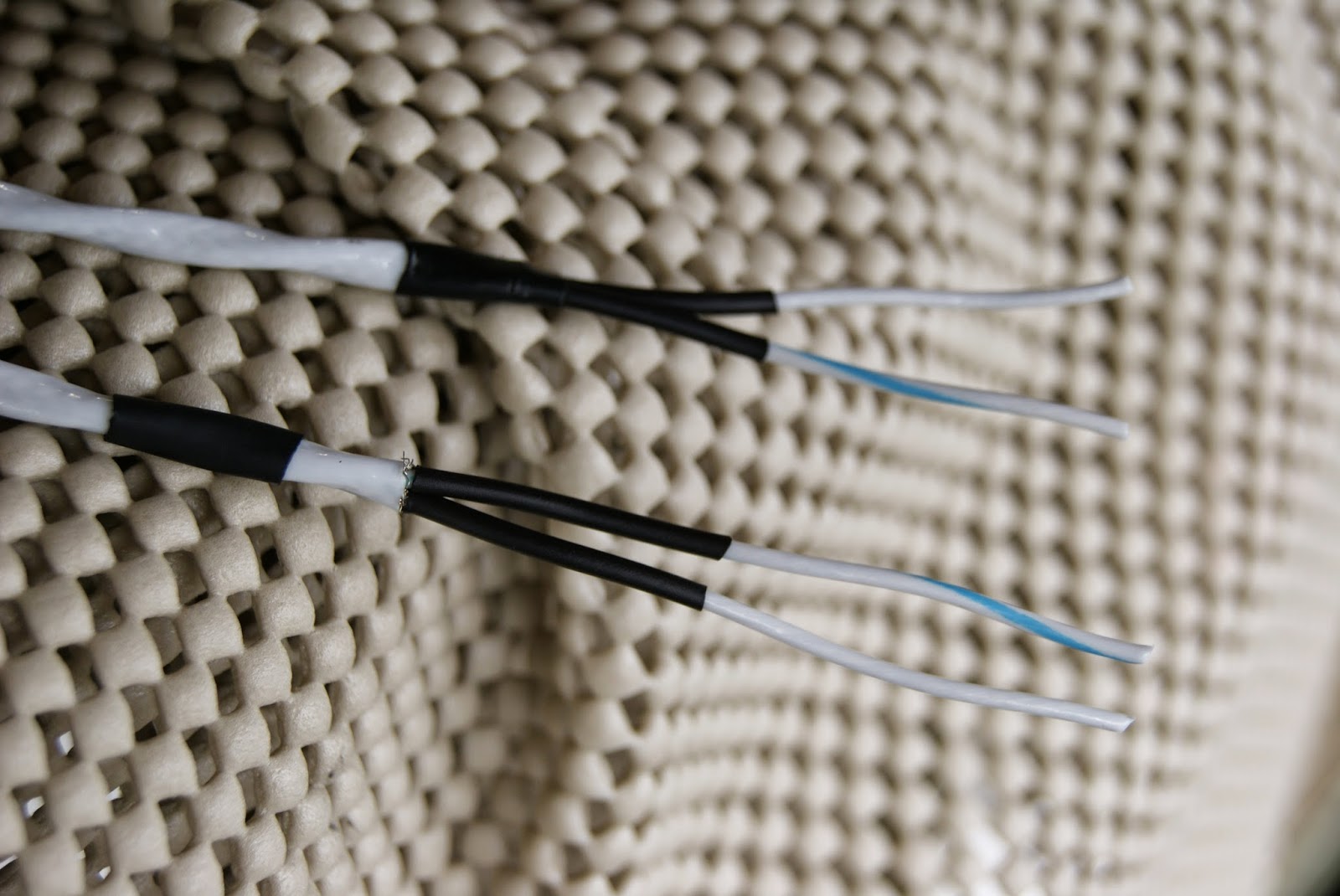 Upper cable is the completed wire prepping. The bottom cable shows the heat shrink on the separate wires prior to sliding the larger piece of heat shrink over the transition area.

Female connector pins were crimped onto the ends of the four wires and the wires were inserted into their correct locations on the options connector … followed by reinstalling the connector’s shell. 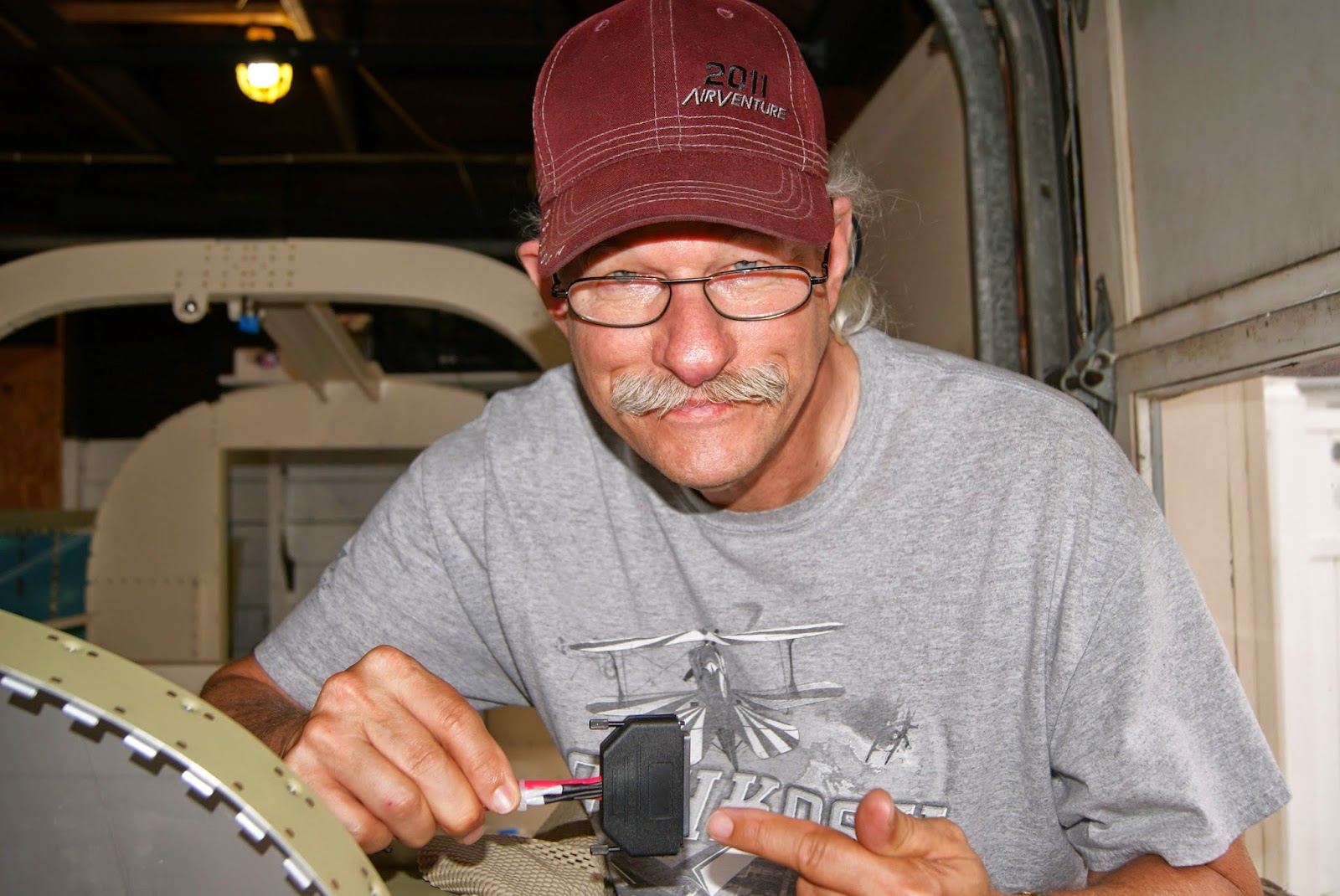 The completed options connector with shielded cables installed for the navigation/strobe lighting plus the right landing light power and Wig-Wag power for both landing lights.

A separate 18 gauge wire was pulled through the wire grommets from the instrument panel to the electrical connector for the left wing. This wire will be connected to a yet to be installed rocker switch which will control the left landing light’s steady on power. This idea has been strategized in previous posts on the topic.
Posted by John at 11:47 AM