As mentioned in a previous post, the C-1203A forward attach angles were reordered because at the time the rivet holes were drilled to #30 instead of # 40. After ordering replacement pieces, looking further forward in the plans, it was discovered ordering new parts was really not necessary because the rivet holes are eventually get drilled out to # 30 after some fluting to match the angle of the canopy frame. Since the parts were already ordered, decided to go ahead and remake them anyway.

After verifying both C-1203A angles were bent to 90 degrees the same procedure was used again to drill them. One angle was marked and center punched then both C-1203A attach angles were clamped back to back and tiny lead holes were drilled then enlarged to #40. 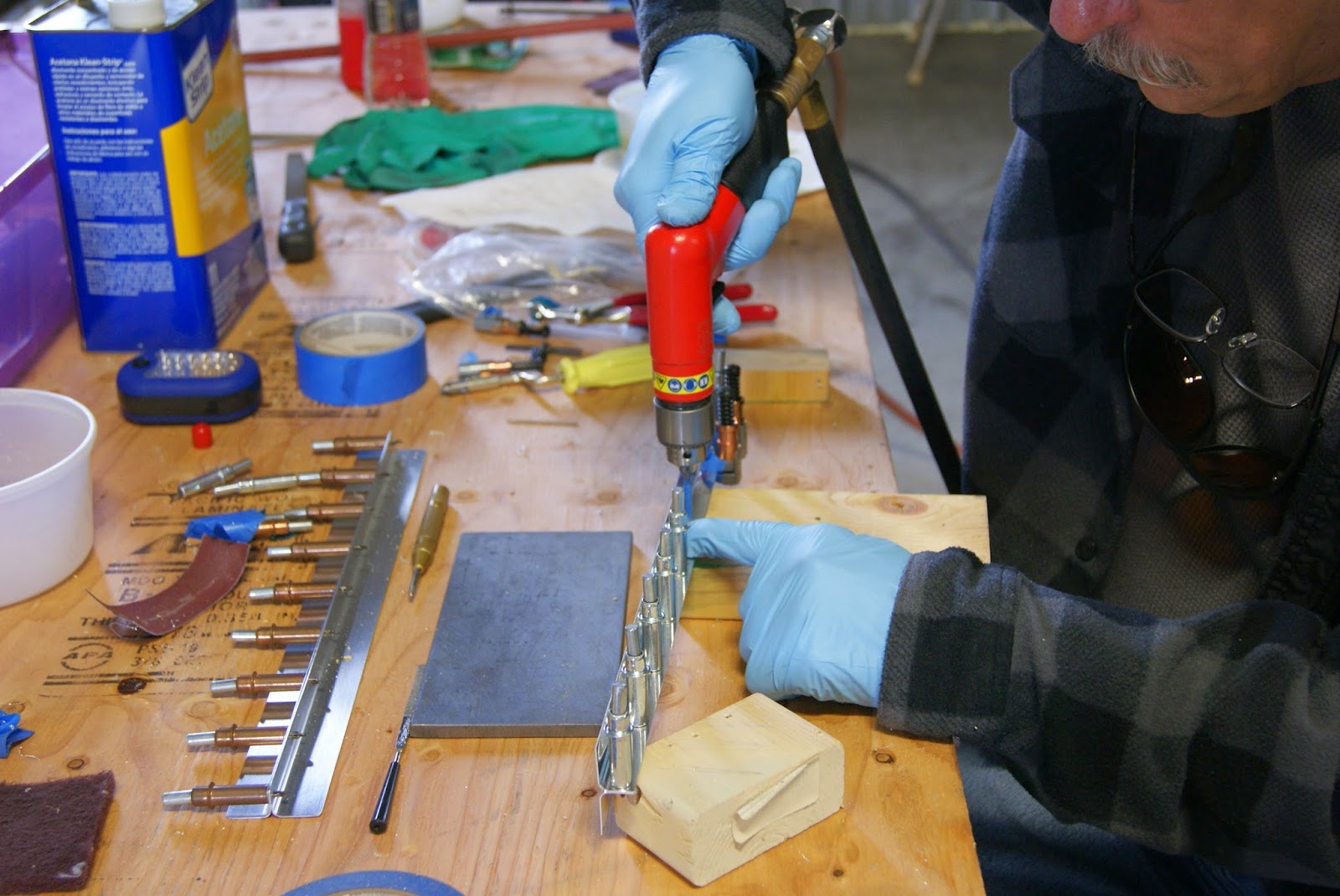 Both the replacement C-1203A attach angles were clamped back to back and drilled to #40.

Originally when drilling the F-1264 control stick push rods each pushrod spun a little in my clamping fixture when the drill bit was deep inside the tubes. This placed small score marks on the outer surface of the tubes which I dressed smooth. Then while tapping the 1/4-28 threads each tube twisted in the vice as well, creating additional scoring. Since I was making a parts order decided to order the tubing and remake these pieces again and strive for better craftsmanship. This was really not necessary but it bothered me … more of a pride in workmanship based on available tools knowing I could do better. Admittedly, making any of the RV-12 pushrods that require internal threads is a perfect job for a lathe … period.  The drilling can be spot on and the tap can be held perfectly centered with the centering cone while making the threads.  Sadly, the DOG Aviation shop is without lathe, so one has to make due.

When drilling the replacement F-1264 control stick push rods, the same method was used as covered in a previous post with the exception of one layer of duct tape placed over the tubing prior to clamping in the V blocks. The V blocks sunk into the duct tape and the adhesive prevented the tubes from spinning while being drilled out to #3.  Worked great! 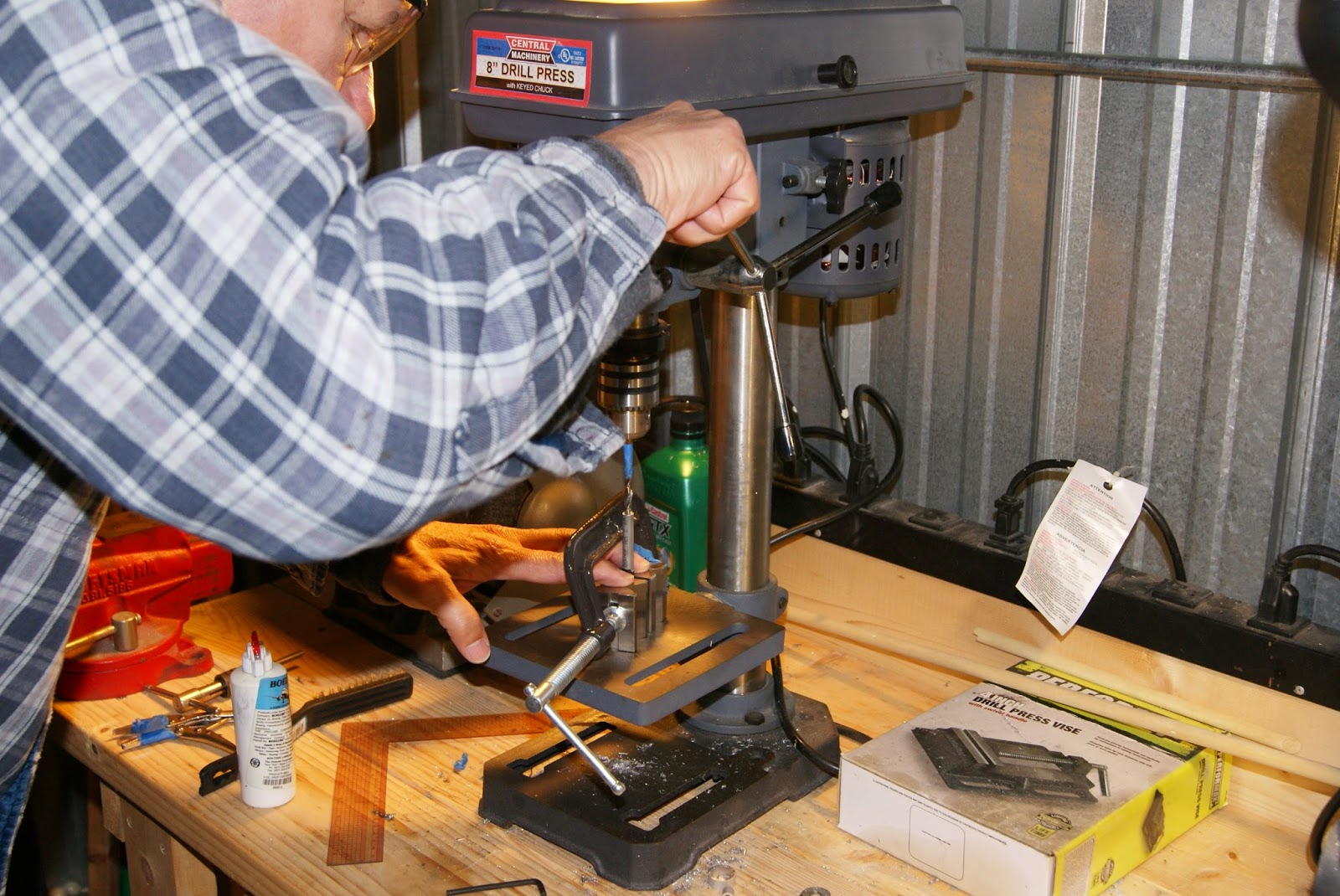 Drilling an F-1264 control stick push rod to #3 on the drill press … if one zooms in on the photo the single layer of duct tape can be seen protruding above the V blocks. This prevented the tube from spinning when the drill bit got deep inside the tube.

While tapping the F-1264 control stick push rods … to prevent twisting in the vice, some duct tape was wrapped around the tube and a small vice grip was used to prevent the tube from twisting. This worked much better and resulted in the tubing not twisting while tapping both ends of the tube for 1/4-28 threads.
Posted by John at 5:50 AM