Clever At Twice The Price

After a long week away from the RV-12 project due to feeling under the weather, work resumed for what turned out to be a short and depressing work session.  The primer sprayed last week looked OK considering a considerable portion of the spraying was done after dusk. 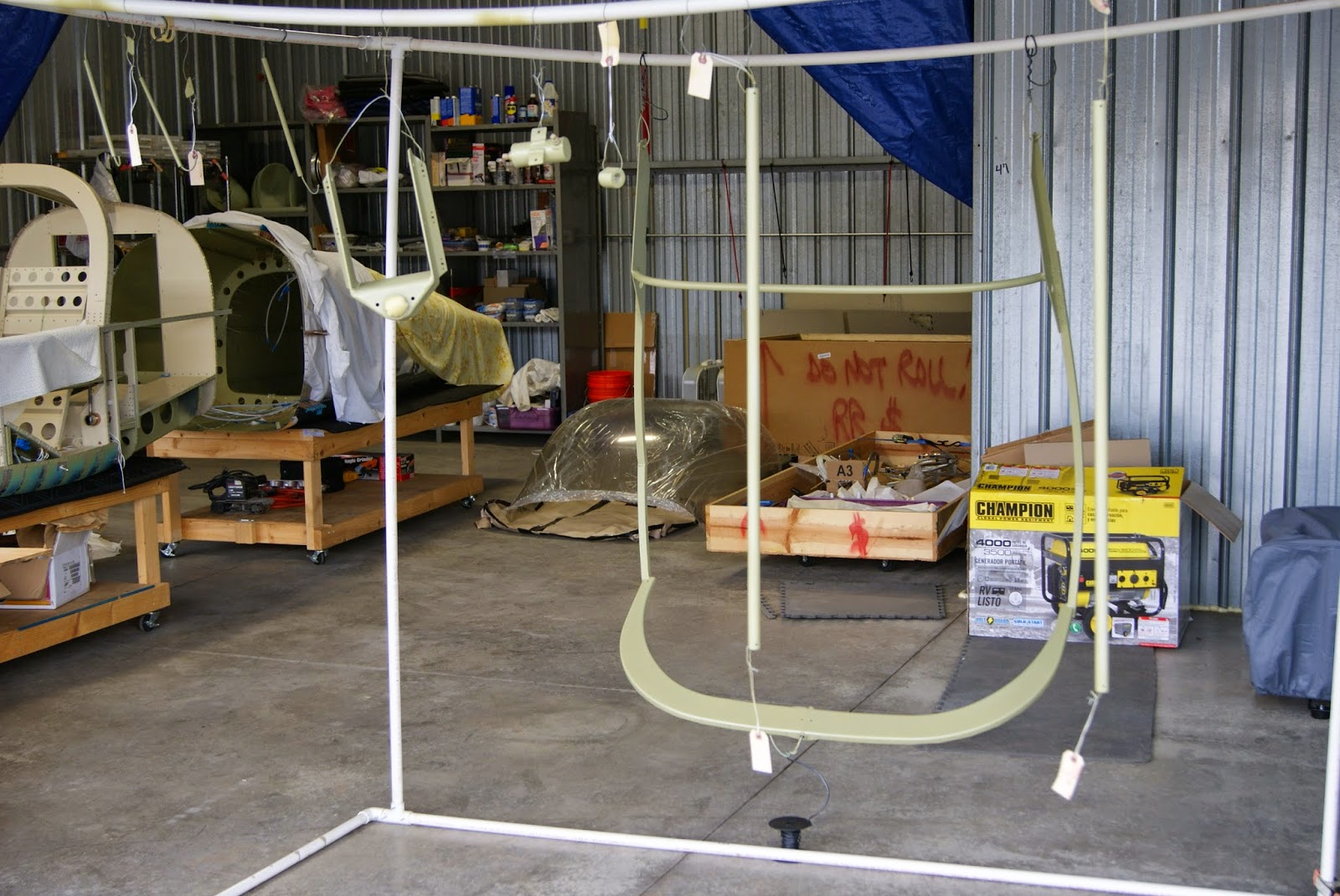 WD-1219 canopy frame and some miscellaneous parts after priming.

Of the few small pieces that were not sprayed (because of running out of mixed primer), the C-1203A&B forward and aft attach angles required drilling ... so thought it would be best to get that task out of the way prior to mixing up some primer and using the airbrush to spray primer on the small handful of remaining parts.  Plus, by having holes drilled into the attach angles, it makes it easier to secure them with wire while spraying so they won’t fly around.

After clamping the two C-1203A forward attach angles back to back, a small drill bit was used to drill lead holes in the two angles. With the two angles clamped back to back, only one angle had to be marked for hole locations but both could be drilled simultaneously saving time. Once a lead hole was made it was enlarged to #40 then onto #30. Discovered I should have stopped when the holes were at #40. 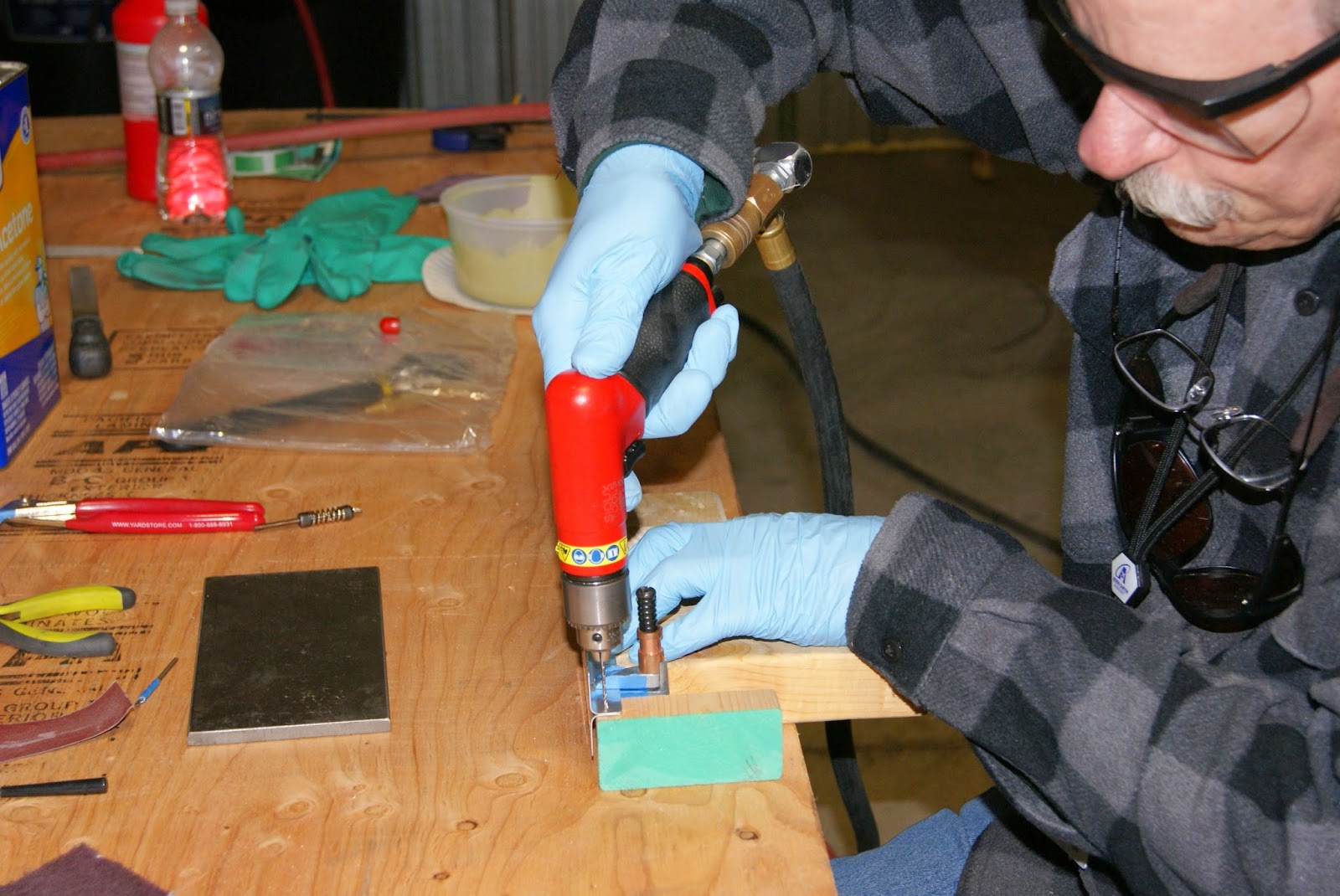 Drilling a lead hole through both of the C-1203A forward attach angles.

Being clever and drilling both C-1203A forward attach angles at the some time worked out great … however, a costly mistake was made in that the holes are supposed to be drilled to #40 and NOT #30. So although the idea to drill both angles simultaneously was good, it resulted in two pieces being trashed when I enlarged all the holes to #30. Guess I can’t complain too much, fortunately throughout the project the screw ups thus far have been minimal and the replacement parts inexpensive … but it sucks to have to wait for the two replacements. 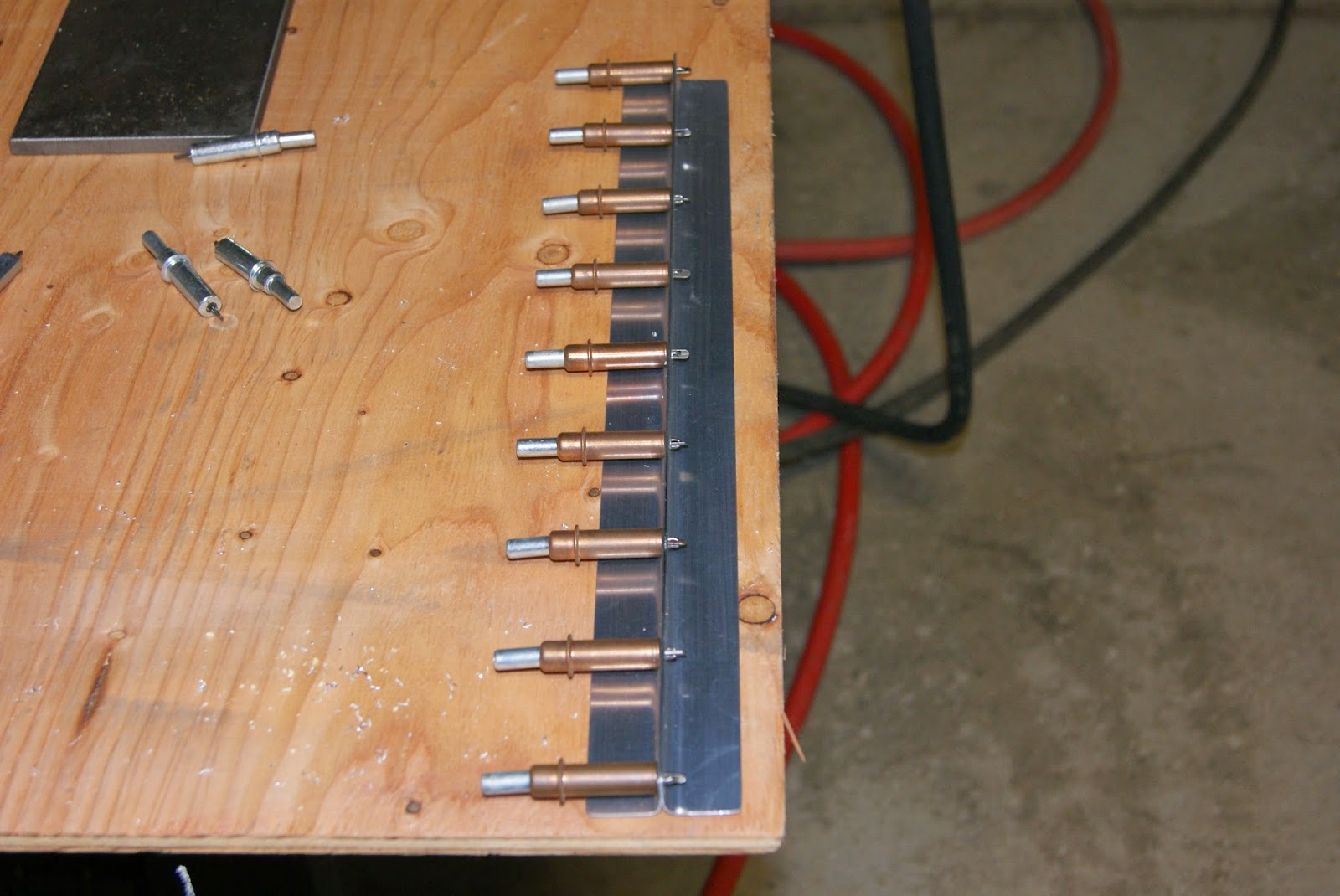 Once lead holes were drilled, the holes were enlarged to #40, then out of habit onto #30. Note: Do not make the same mistake as I did by drilling these holes to #30 … they need to be drilled to #40.

After discovering I needed to order two replacement C-1203A forward attach angles, all motivation was lost and it was time to leave the scene of the crime.
Posted by John at 9:44 PM