It was good to get back into the shop today after such a long time away from the RV-12 project.  Found myself just staring at all the unfinished wiring trying to become reacquainted with the organized chaos and decided to finish off the mounting/wiring of the interior light.

The mounting bracket for the interior light was never machine countersunk last fall during the primer/interior paint marathon. There were three holes that needed to be machine countersunk for the flush pop rivets that are used to install the light. It would have been best to do this prior to painting, but care was taken not to mar the paint. The bigger issue was preventing the rivet holes from becoming elongated … so a piece of scrap hinge material was drilled and used behind the bracket to prevent the countersink bit from drifting and enlarging the rivet hole. 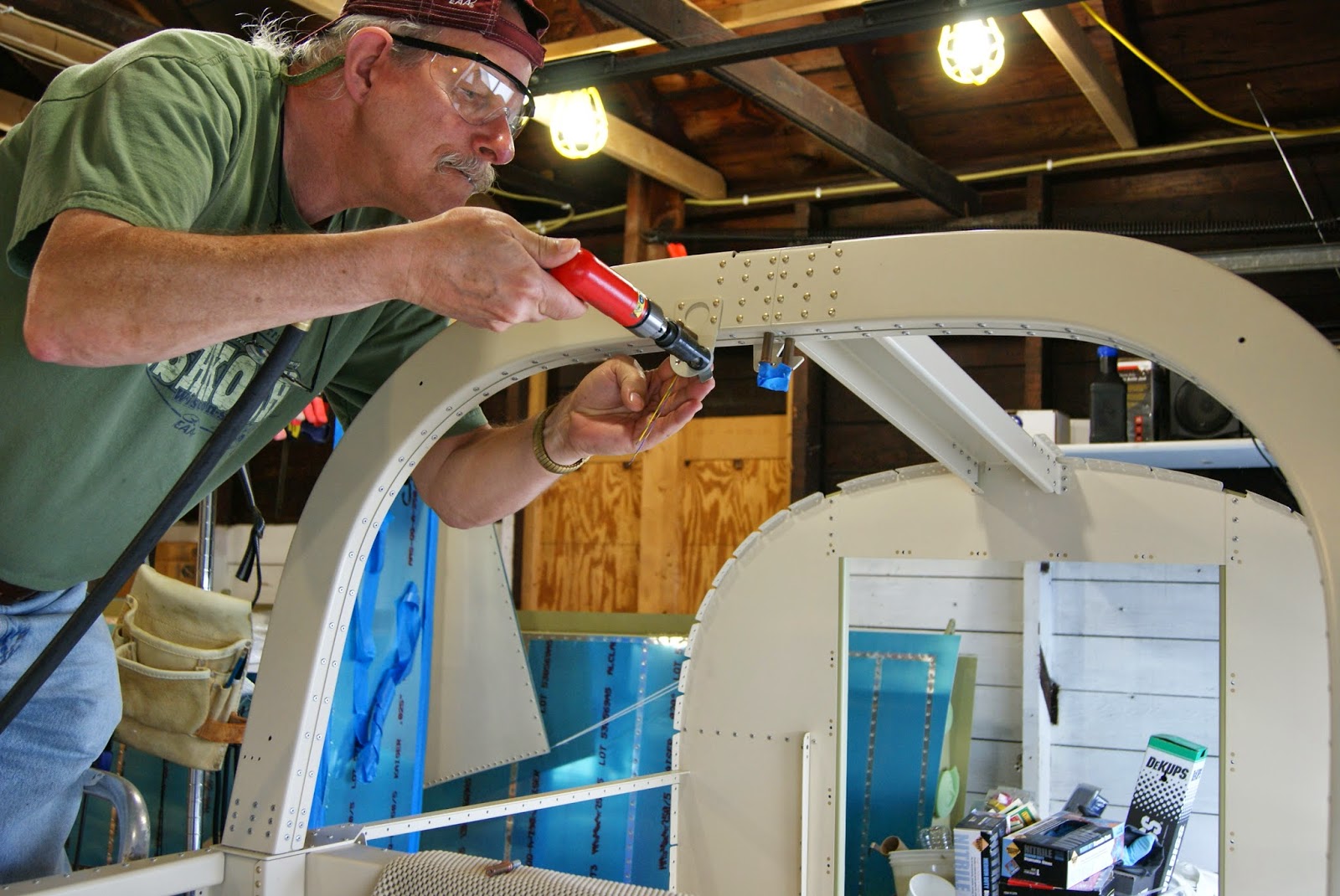 Machine countersinking the three mounting holes in the cockpit light’s mounting plate … note the hinge material used behind the hole to prevent the countersink bit from drifting. 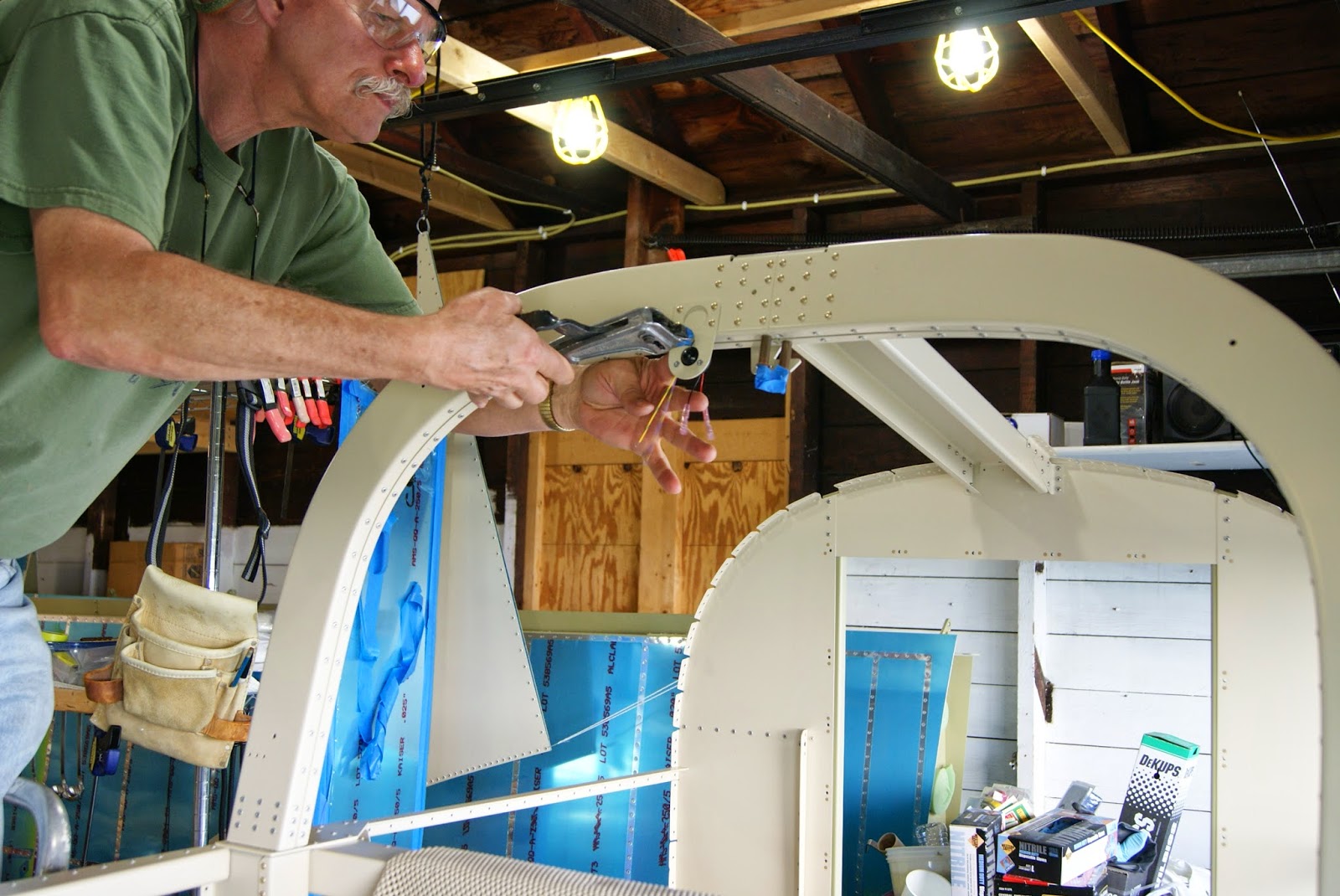 The plans give the builder the option of installing an external audio out jack (not included) for piping audio to external devices. At first though I would not install this option … but after seeing how cool Pete’s Go-Pro video camera is and how good the audio sounds, had a change of heart. A trip to Radio Shack secured a 1/8" stereo jack # 274-249 and two 47K ohm resistors required for the instillation. 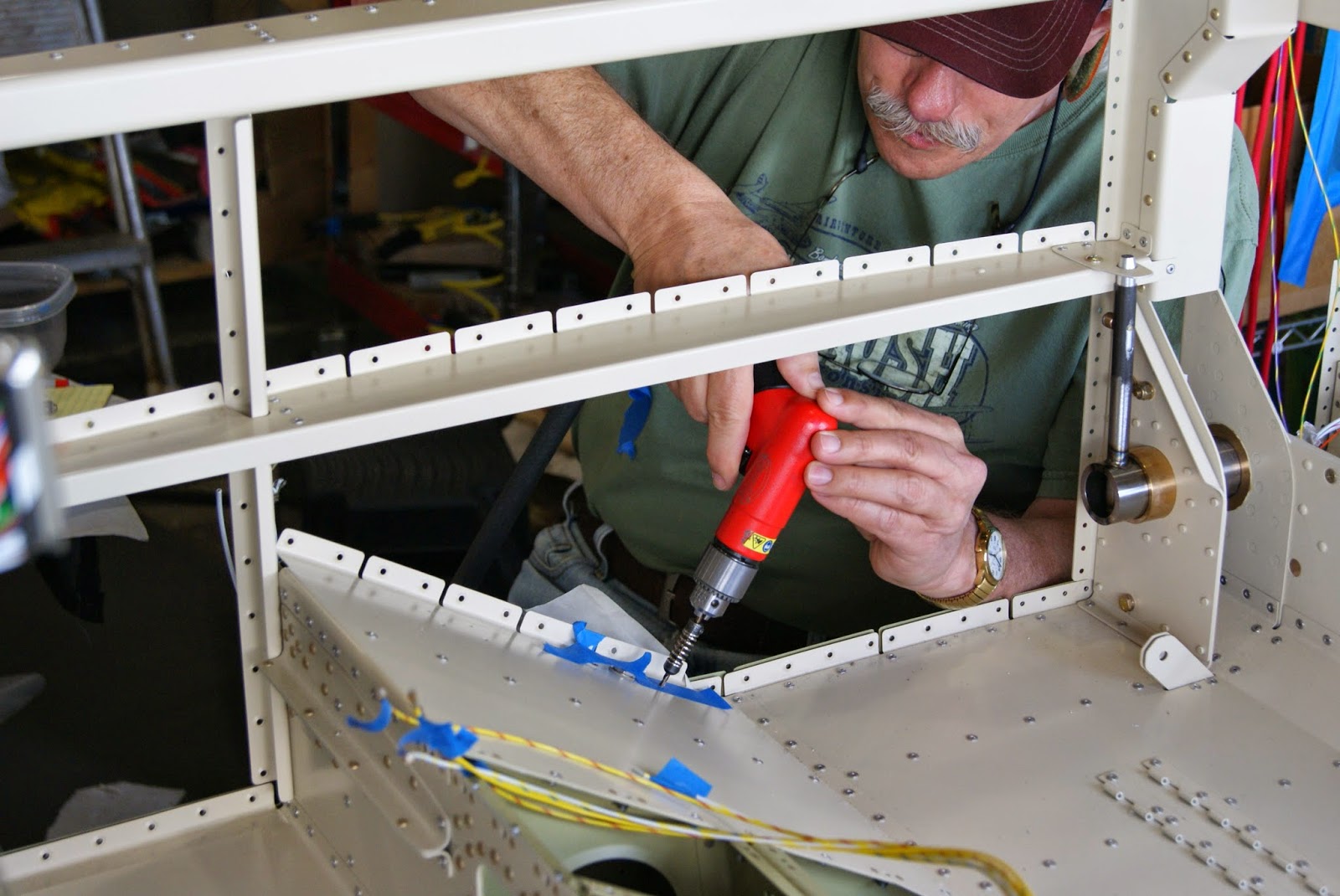 The plans instruct the builder to drill the hole for the aux audio out jack to 1/4" but that seemed a little large for the shaft of the Radio Shack jack so the hole was drilled to 15/64" and a very small amount of tweaking with a reamer produced a nice snug fit. 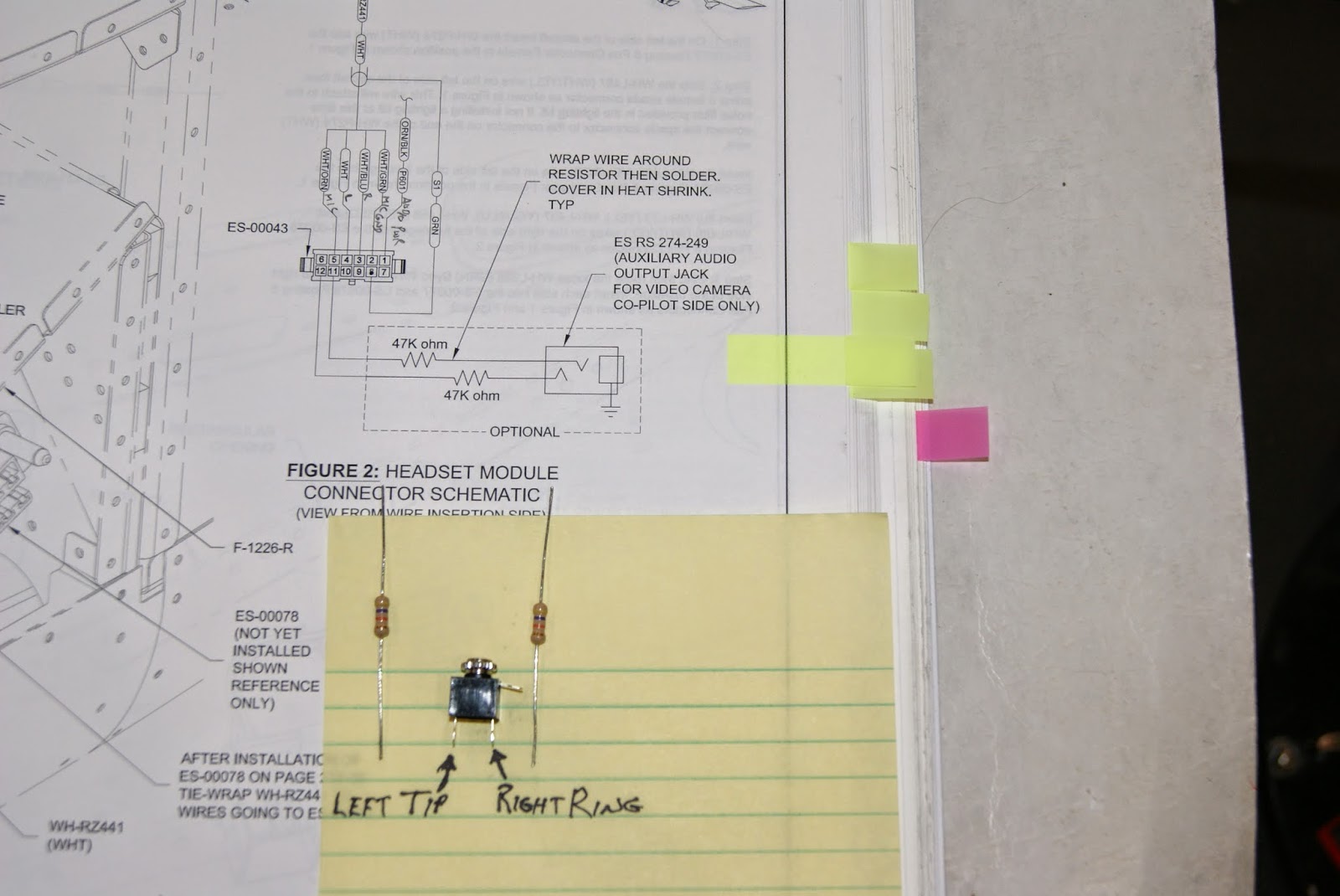 The resistors need to be soldered onto the jack and a brief search for a new soldering iron tip was not fruitful. The old soldering iron tip has been melting the blue plastic film and is now no longer acceptable to attempt a quality solder job. There is a new tip in the shop … just need to locate it tomorrow.
Posted by John at 9:46 PM