Ever have one of those daze when nothing seems to go as planned and the seemingly simple turns into a time sucking abyss? Well today was one of those daze at DOG Aviation.  All that was left to do for the headset & auxiliary audio out jacks was to crimp two pins onto the left and right audio wires for the aux out jack then plug the wires into the micro Molex audio connector. Crimping the pins was easy enough but dressing the cable to my liking was a challenge.

The Van’s supplied audio wire going to the micro Molex connector for the headset audio is somewhat long … as is the wire harness from the headset jacks. No problem … just wrap them up and wire tie them right? Well, no matter how I tried to wrap the wires they would seemingly rub on something somewhere … a rib, the floor pan or the bottom skin. Perhaps folding the shielded audio cable may have worked, but did not really want to do that.

The seat ribs have some machining holes which, after fussing with the wires for quite a while, I decided to utilize for making a poor man’s standoff from vinyl tubing and wire ties.  I can’t take credit for the idea of using tubing to create a standoff, but have seen it successfully used by other builders … so made a mental note of the idea. Short pieces of vinyl tubing create the standoffs and a wire tie is looped around the wire to be mounted and then the cable tie is fed back through the vinyl tube, through the hole in the seat rib and cinched up. It sounds easier than it is in practice. Fortunately a good job was done smoothing the lightening holes in the seat ribs because it was necessary to fish my arm in through the holes to grab and pull the wire ties tight. 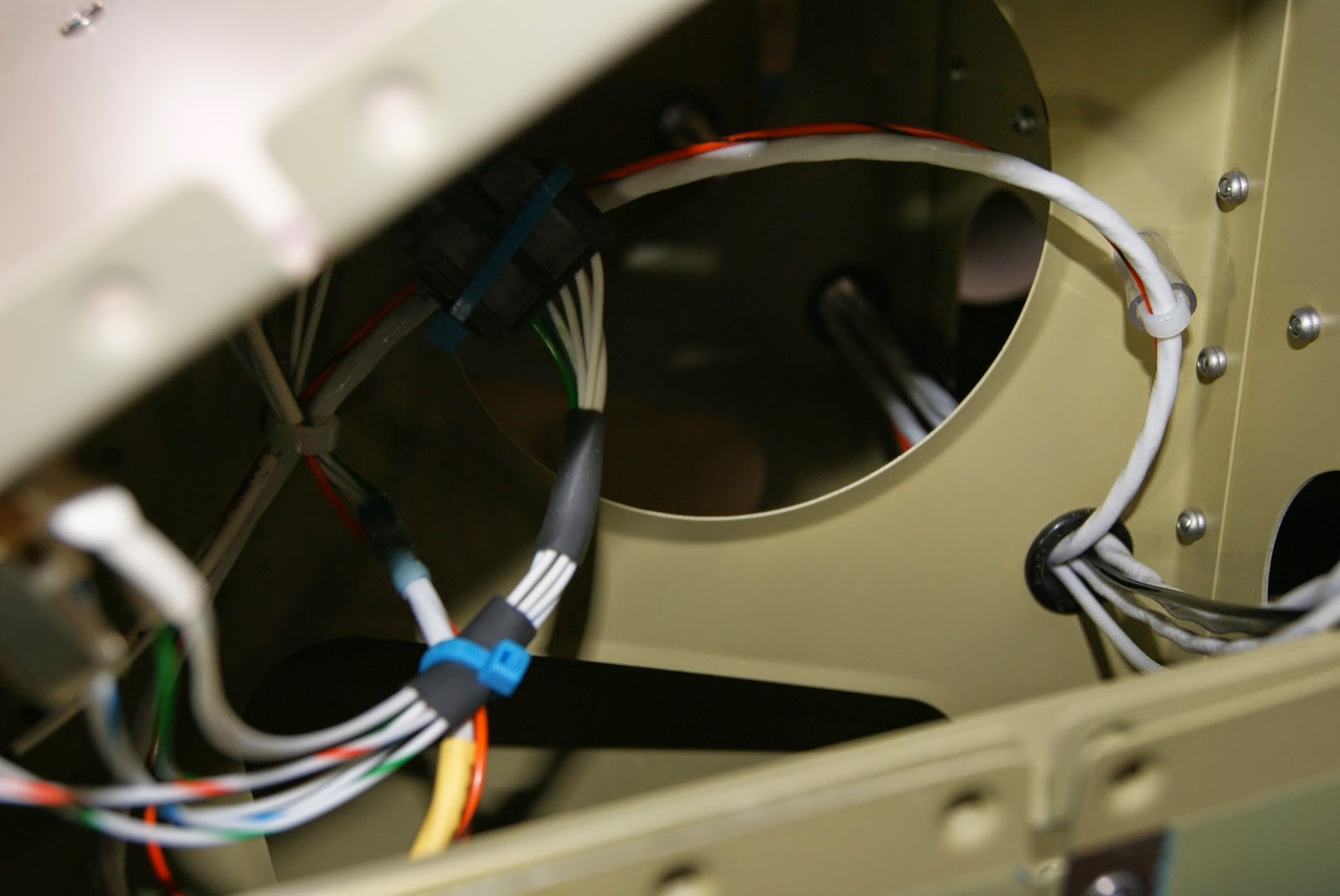 Forward vinyl tube and wire tie standoff made to keep the headset audio wires away from the seat rib. 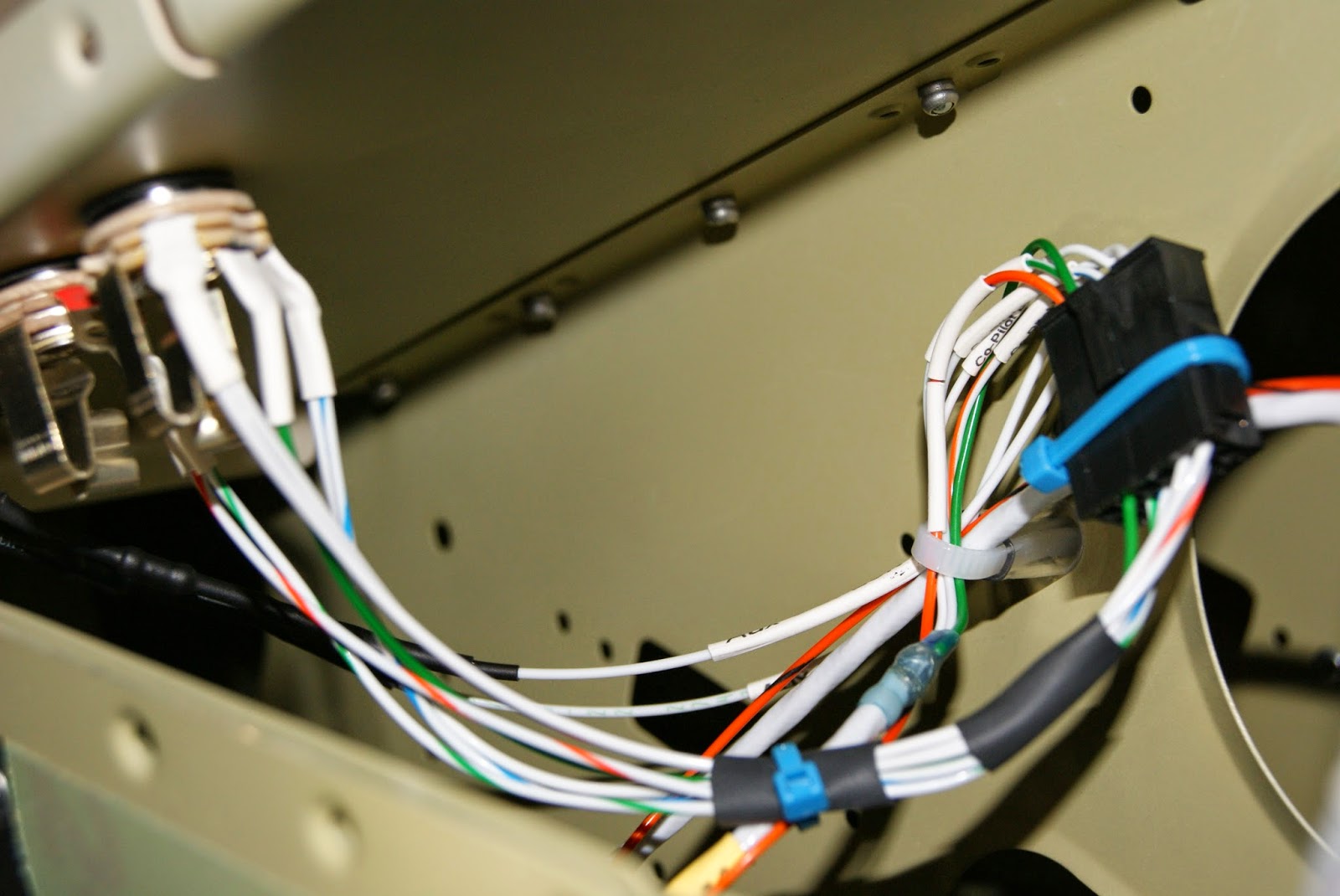 Looking closely the aft vinyl and wire tie standoff can be seen adjacent to the micro Molex connector.

Admittedly, it is not the most attractive solution, but it does work well … plus it will keep the audio wires away from the lighting power wires that have yet to be connected to the blue electrical connector for the wing. At least now none of the headset’s audio wires are touching any of the aircraft’s structures.
Posted by John at 9:12 PM