If this was The Amazing Race, based on the extra time spent dimpling, priming and making modifications DOG Aviation would be last at the checkpoint … but that’s OK, it is the journey that counts. And just as with The Amazing Race, occasionally there are roadblocks that become detours. Today was just such a day. The morning began by making up assorted heat shrink labels and connecting various wires to connectors. 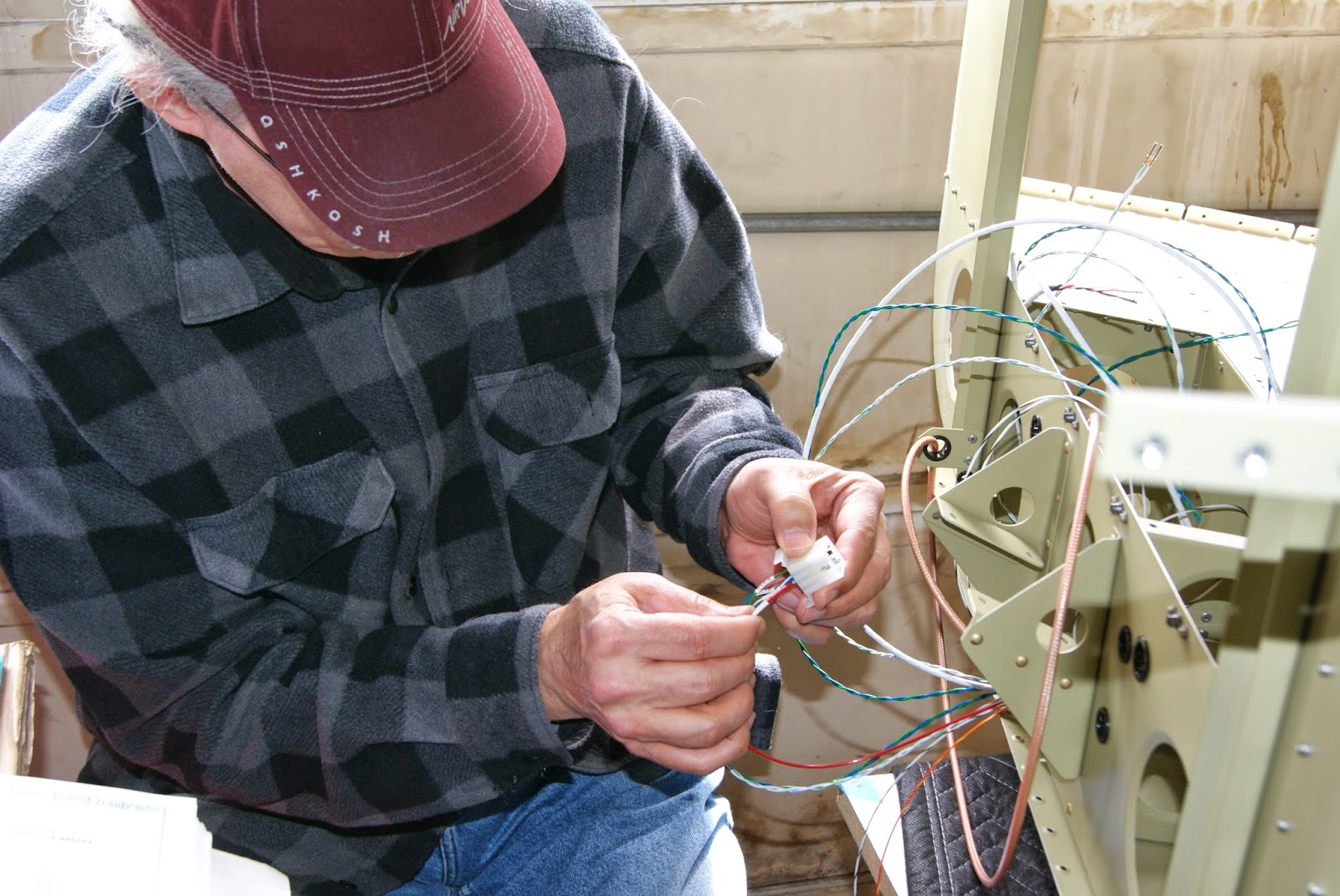 Wiring up the Molex connector for the autopilot roll servo.

Next on the agenda was the assembly and wiring of the reed switches that are utilized as an interlock for the starter. The theory of operation is when the spar pins are locked in place, a magnet in the pin stopper inserted in the F-1217 fuselage pins pulls the reed switch’s contacts together and the RV-12’s engine can be started. If the spar pin is missing or not locked in place, the reed switch will remain open and not allow the engine to be started.  Sounds simple enough. There are two reed switches, one for the left fuselage spar pin and one for the right fuselage spar pin. The two switches are wired in series with one leg of the right reed switch tied to ground … so if both spar pins are in place, both reed switches will be closed allowing a ground to be sent to the instrument panel. 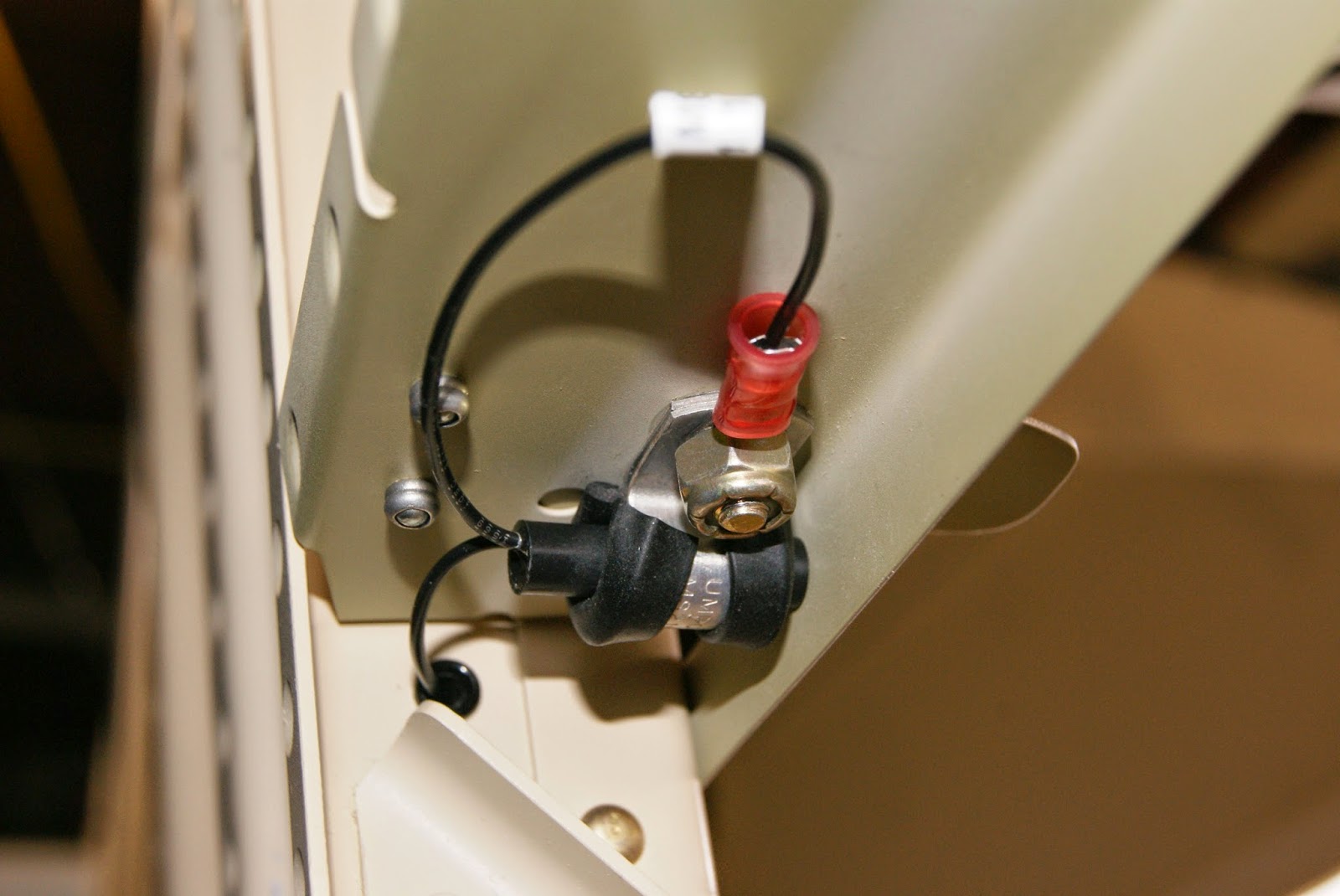 Installed reed switch assembly secured by an Adel clamp on the right side of the fuselage … note the reed switch circuit is tied to ground here.

The reed switches are installed in a cushion clamp and attached to the bottom of the F-1248 armrests. Some builders have had issues with the cushion clamps and the adjustment of the reed switches so they have made mounting brackets. It appears as though the alignment is good but if there is much difficulty adjusting the switches so they work, I won’t hesitate to make brackets. 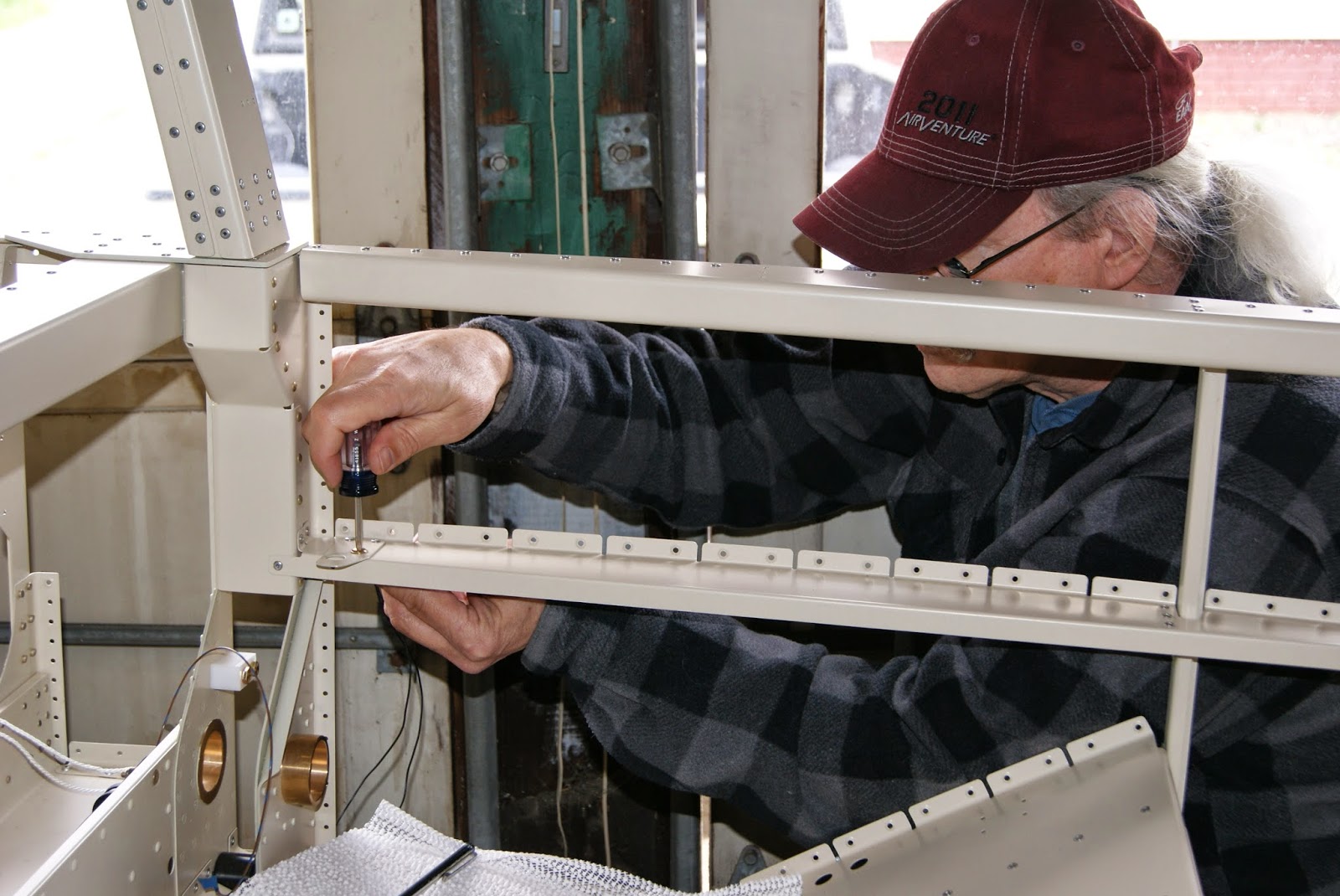 Have to say my hat goes off to builders who have installed these switches after the side skins are on. My side skins are still off and I could see and get to everything easily however, getting the screws and nuts on while compressing the cushion clamp was still a bit of a challenge.

Oh, the roadblock that became a detour … in order to properly test and adjust the reed switch instillation, the spar pins require having the magnets installed, which requires some assembly. Had the side skins already been on the fuselage, the wings would have already been fitted to the fuselage by now. Part of that fitting process consists of assembling the fuselage spar pins and their spring loaded pin stoppers which contain the aforementioned magnets inside. Because of not building in order and thinking I could first prime and paint the handles of the spar pins a bright red before they would be needed, the parts were not assembled.  Scratch that idea … so work was suspended on the reed switches and the focus was placed on the fuselage spar pins. 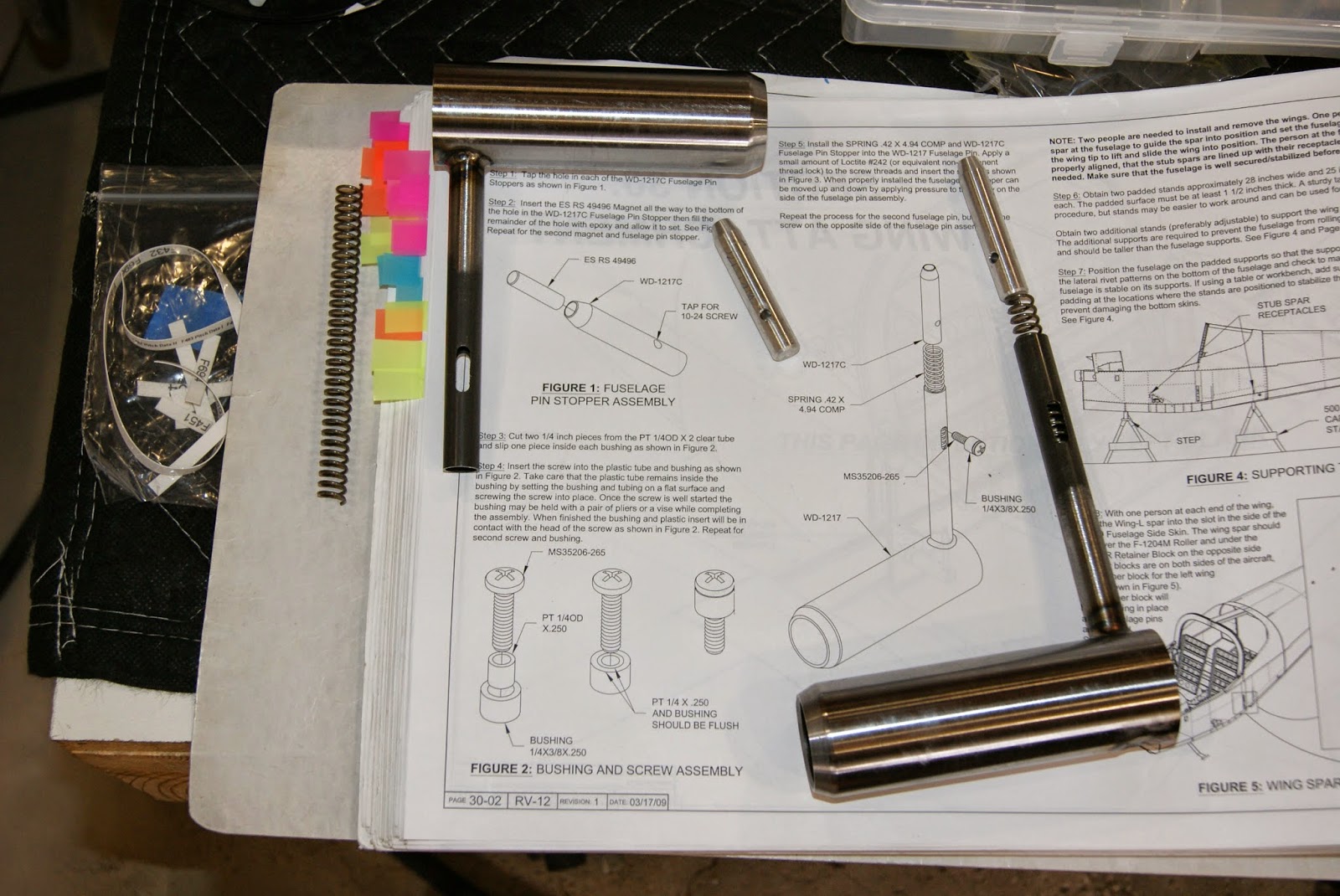 The two F-1217 fuselage spar pins and assorted parts that need to be assembled.

The two F-1217C fuselage pin stoppers require having a hole in them tapped for 10-32 threads. The stoppers were clamped into a V block and the tap was carefully run into the hole. 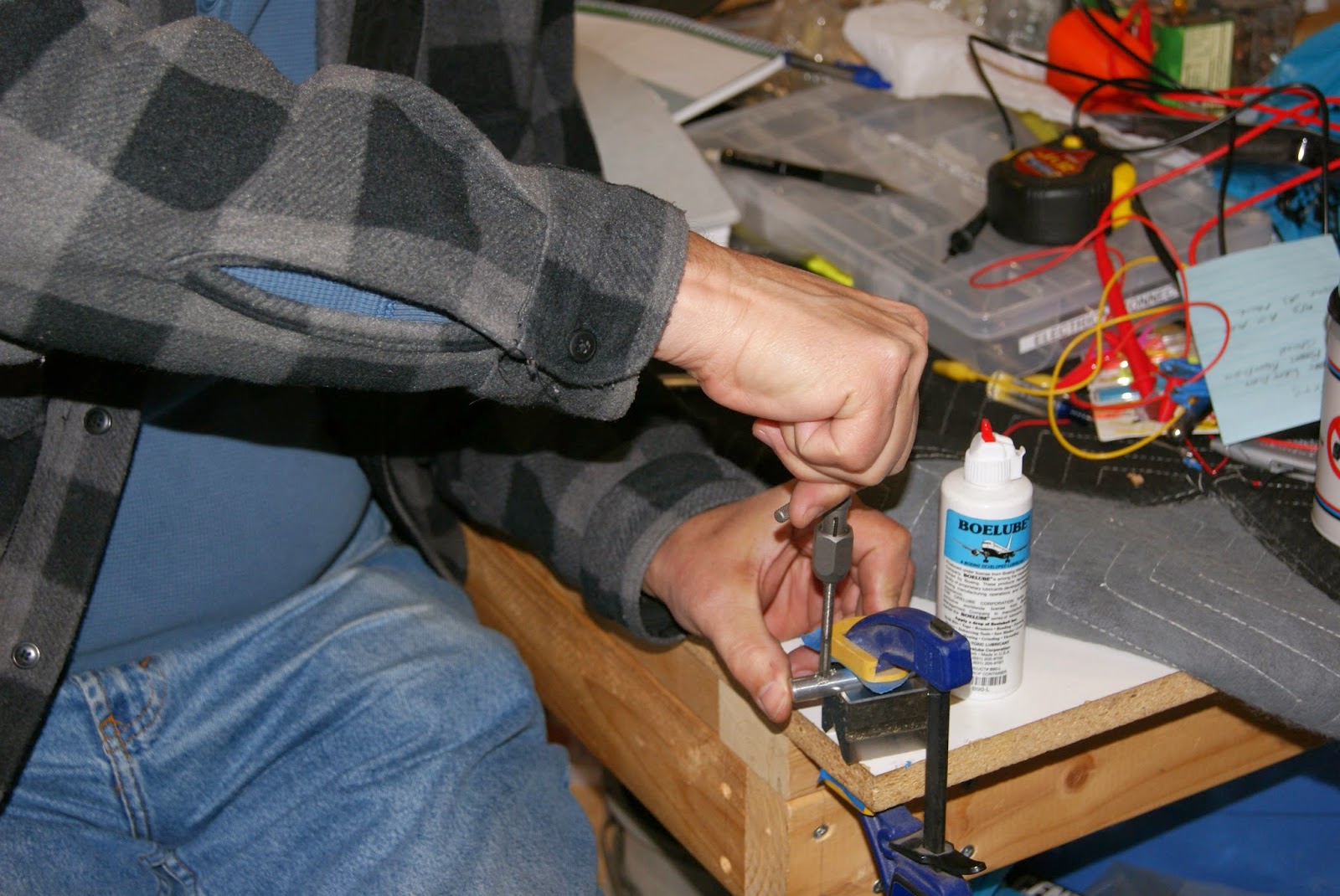 After tapping the holes in both F-1217C pin stoppers, they were temporally assembled (will still want to disassemble the parts for painting later so the screws were not set with Loctite per the plans) and the magnets were inserted into the hole in the center of each F-1217C pin stopper. 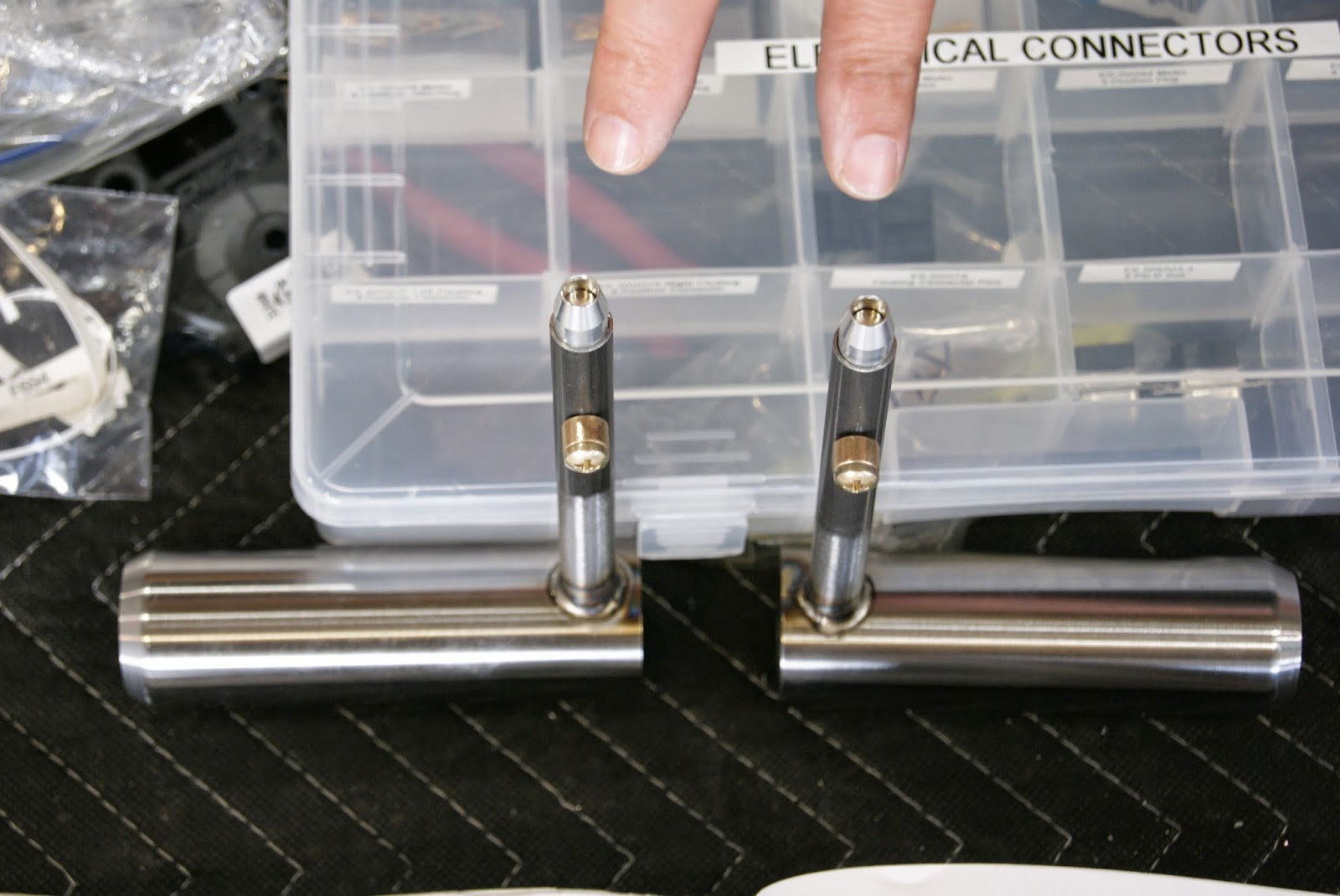 The F-1217C pin stoppers assembled and inserted into the F-1217 fuselage pins. Note the tops of the magnets can be seen in the hole in the pin stoppers. 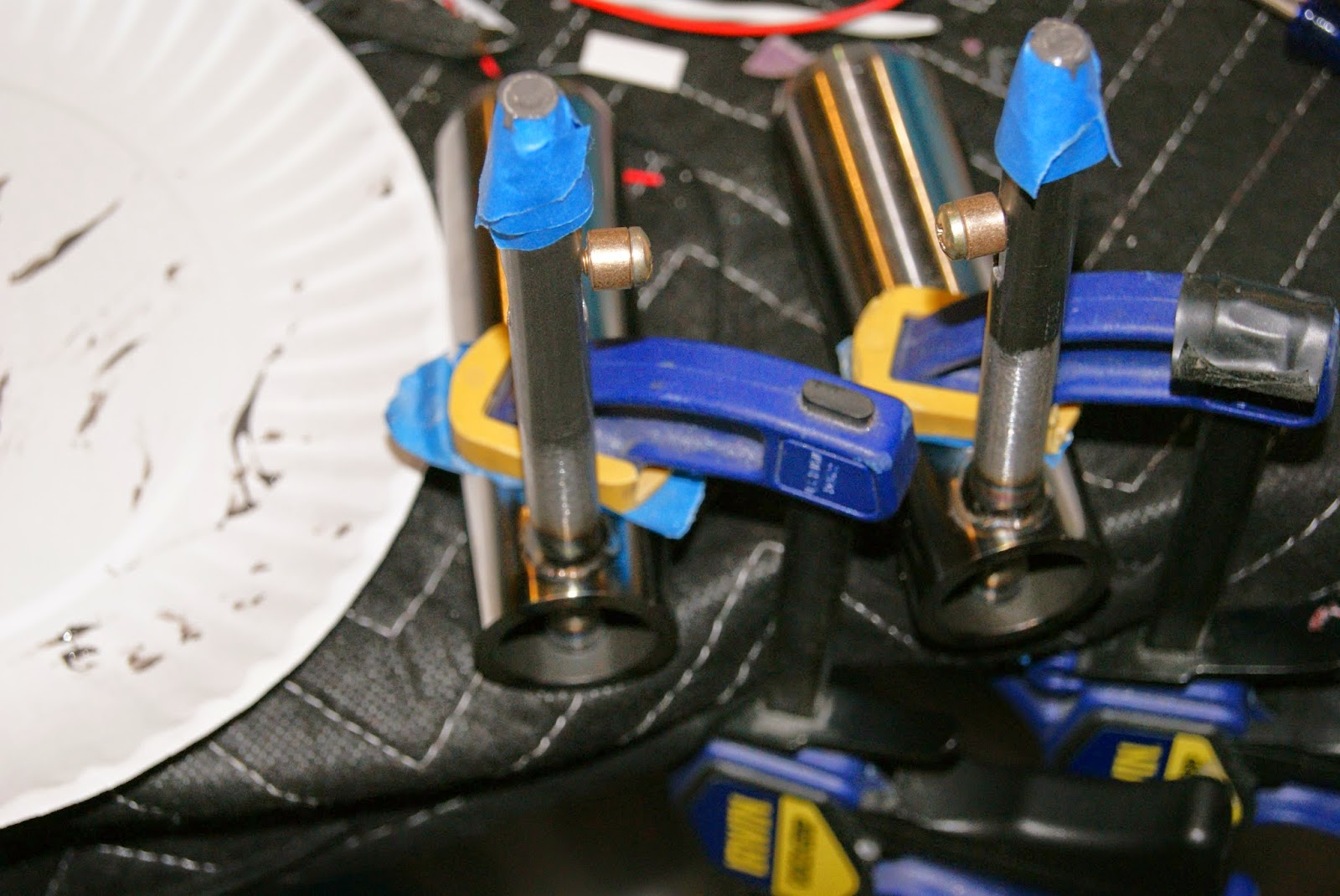 Magnets sealed into the F-1217C pin stoppers with JB Weld epoxy.
Posted by John at 8:53 PM