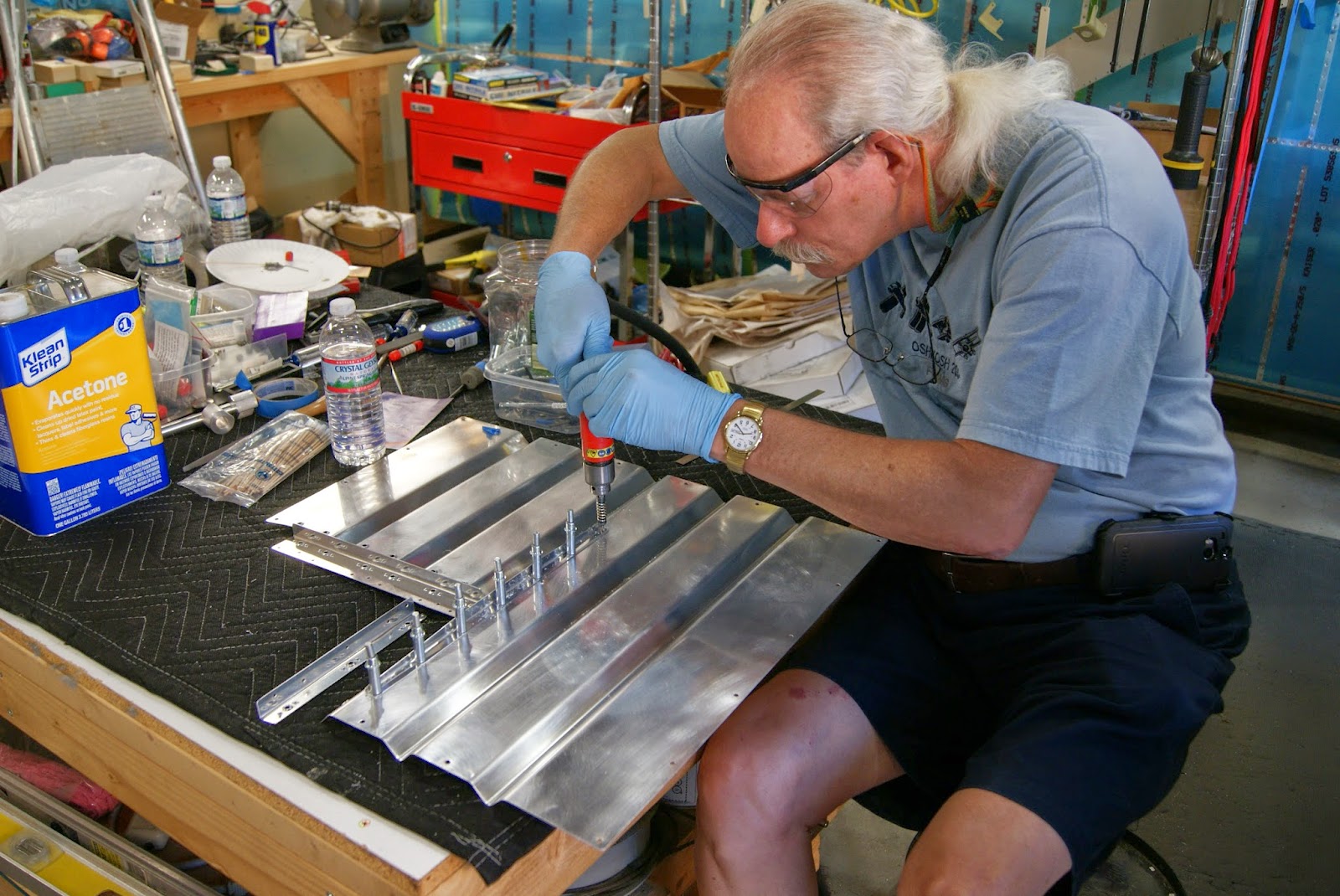 Today’s work session completed the fabricating, cutting, deburring, drilling and dimpling of parts for the baggage bulkhead modification. By the time the finishing touches were made to the parts, it was a little to late to prime parts today. Hopefully, I can get at it early tomorrow and get some primer sprayed before heading to for AirVenture.
Posted by John at 9:00 PM