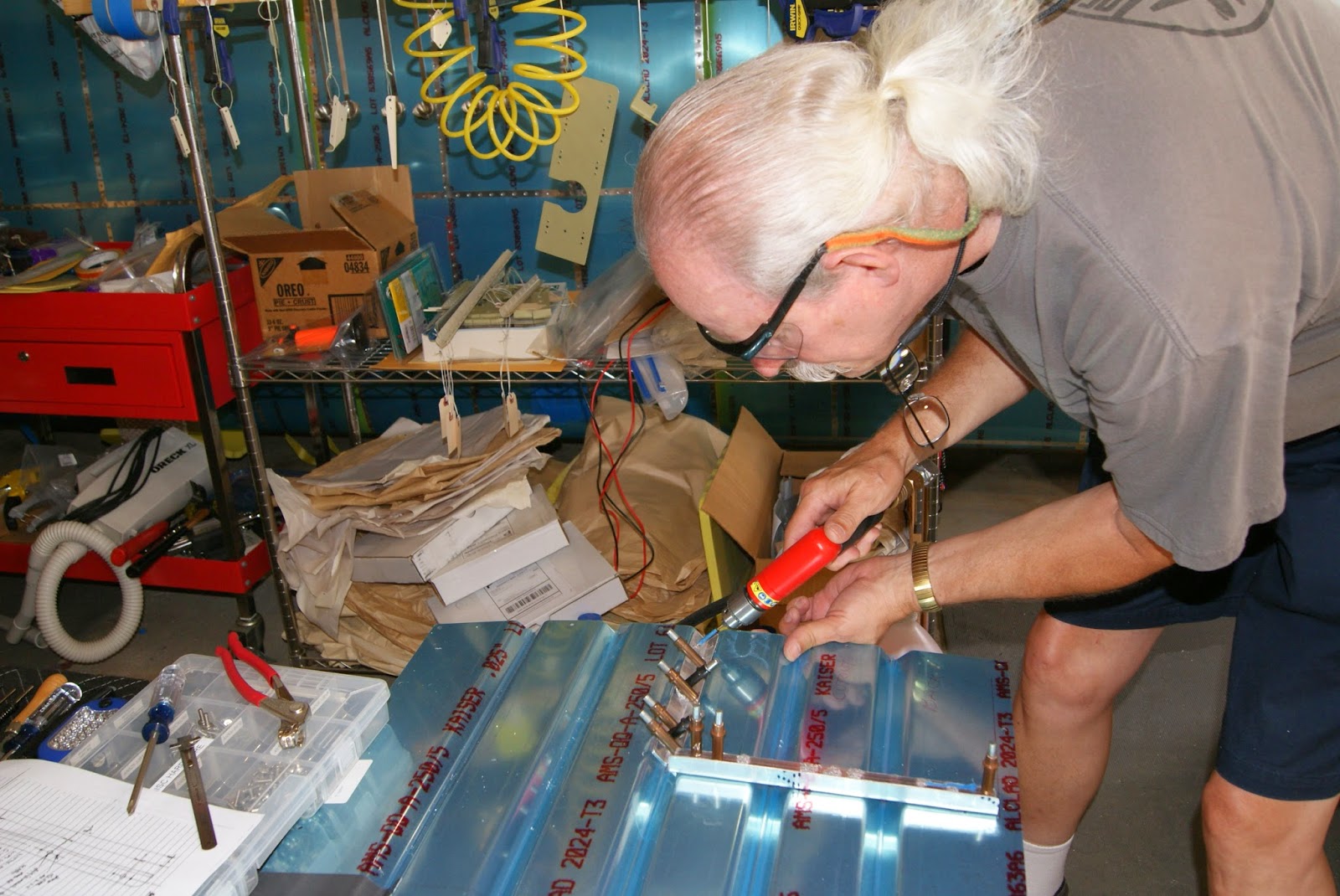 Match drilling the remaining two predrilled holes in the angle into the F-1207F bulkhead cover. 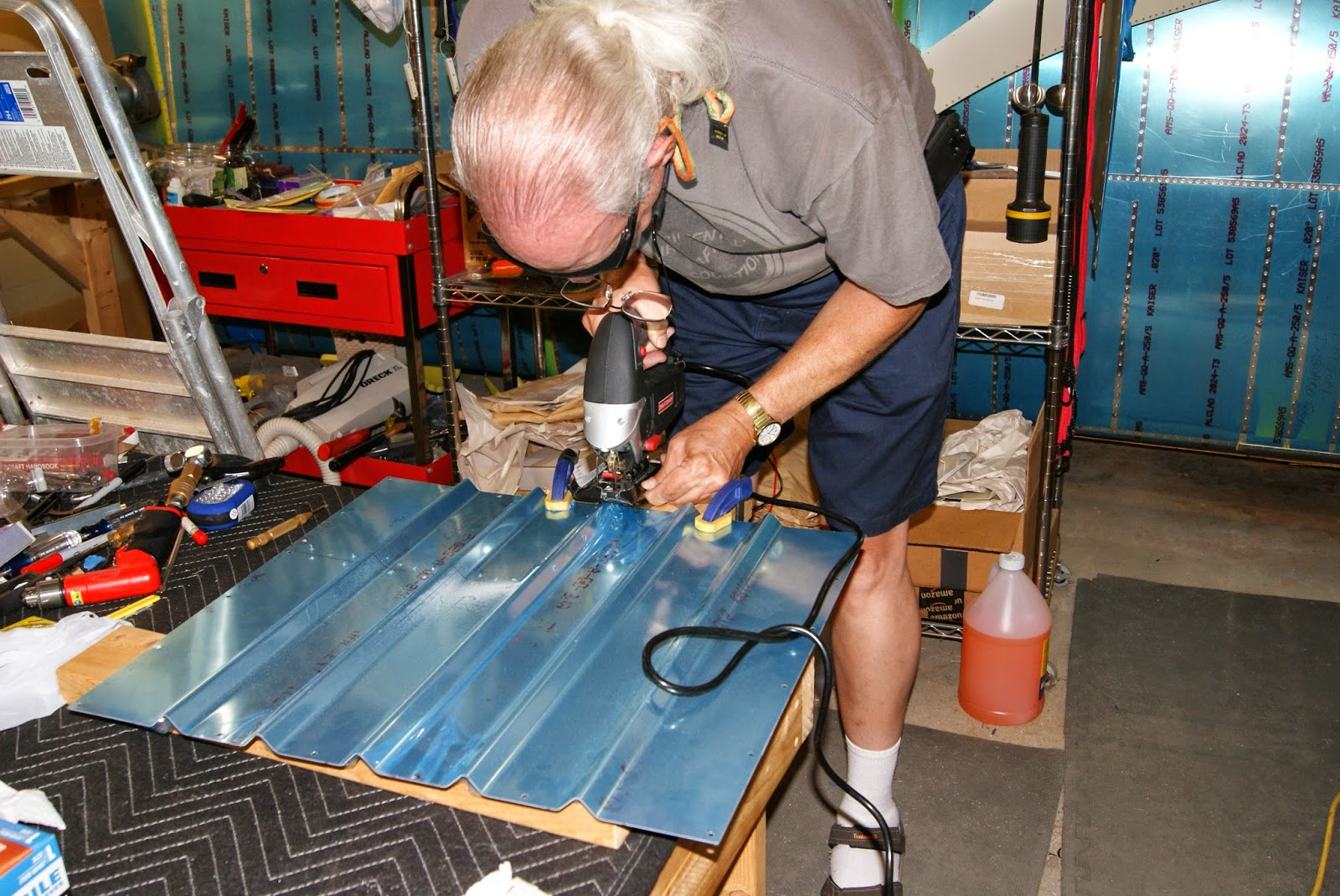 Using the jig saw outfitted with a 24 tpi blade to make the horizontal cut in the F-1207F bulkhead cover.

As mentioned in a previous post, the cut line at the bottom of the F-1207F cover needed to be offset to allow for proper edge clearances for the existing mounting screw hole. I started the cut at the midway point between the existing nutplate hole and the newly added nutplate. The necessary offset can clearly be seen in the photo below. Finished horizontal and vertical cuts in the F-1207F baggage bulkhead cover for the modification. My finger is pointing to where the small offset is located.

Now that the bulkhead parts are cut, hoping the weather cooperates so a coat of primer can be sprayed on all the parts. Leaving for the AirVenture show in in just a few day, so would like to have the parts primed and coated with JetFlex.
Posted by John at 9:09 PM