Yesterday, work resumed on installing the WD-1212 control sticks. The hardware for the right stick was tightened and a sweet spot was found where there is no endplay and no drag on the stick. Moving on, began preparation of the left control stick for instillation. This time I remembered to take a photo of the rod end and spacers.

Builder tip: Fellow builders follow the tip from Joe in and install the F-1264 pushrods onto the control stick prior to installing. It is tricky to do with the parts right in front of you yet alone trying to install the parts from underneath the stick after it has been installed. 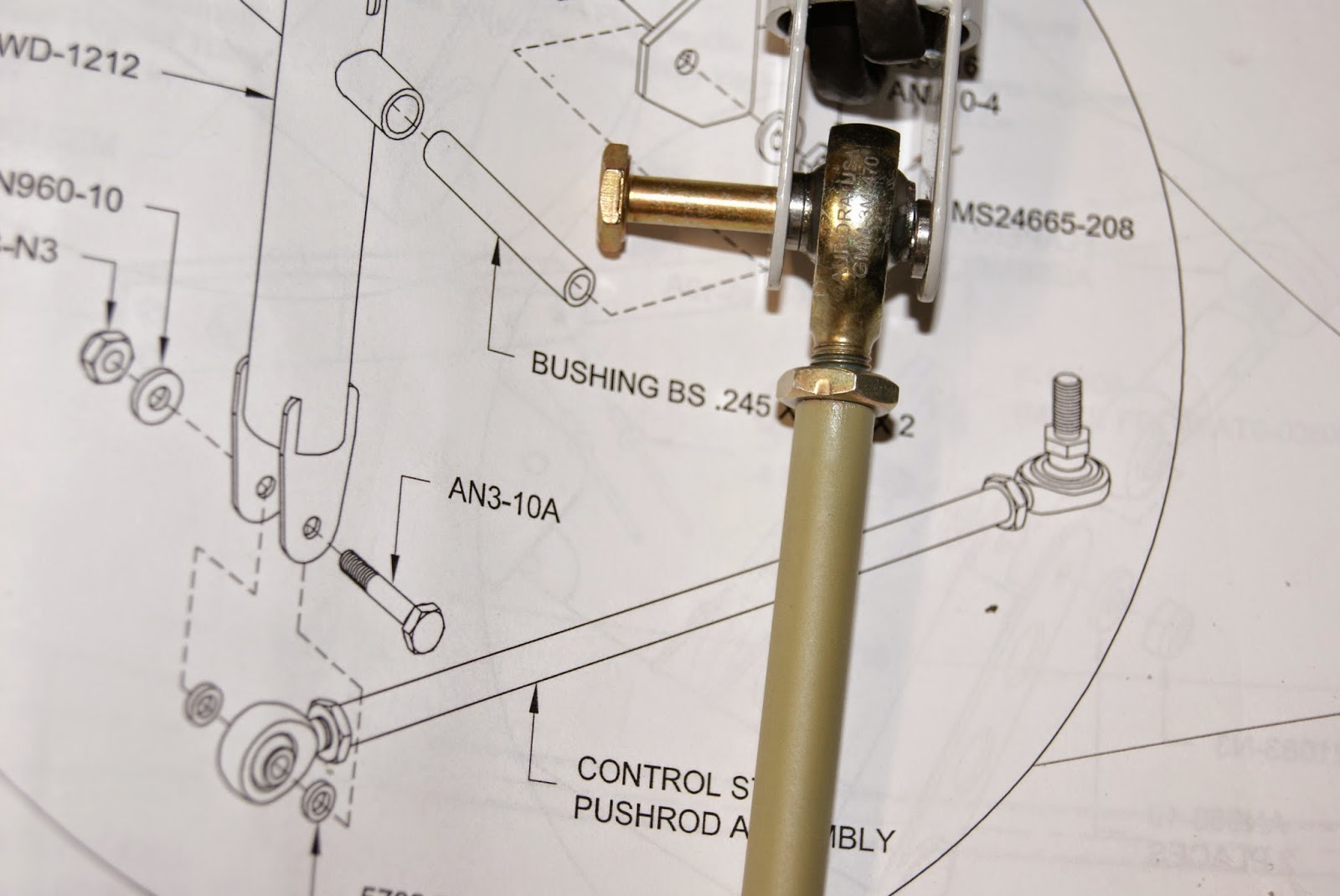 Photo of the F-1264 push rod assembly being installed onto the left control stick prior to installing the control stick. The two tiny spacers are the problem… it is a really tight fit. The spacer on the right is not yet fully in place.

At first appearance, it does not appear as though the WD-1212 control stick with the F-1264 push rod assembly attached will be able to get fished into place … but it will fit with a little finagling. 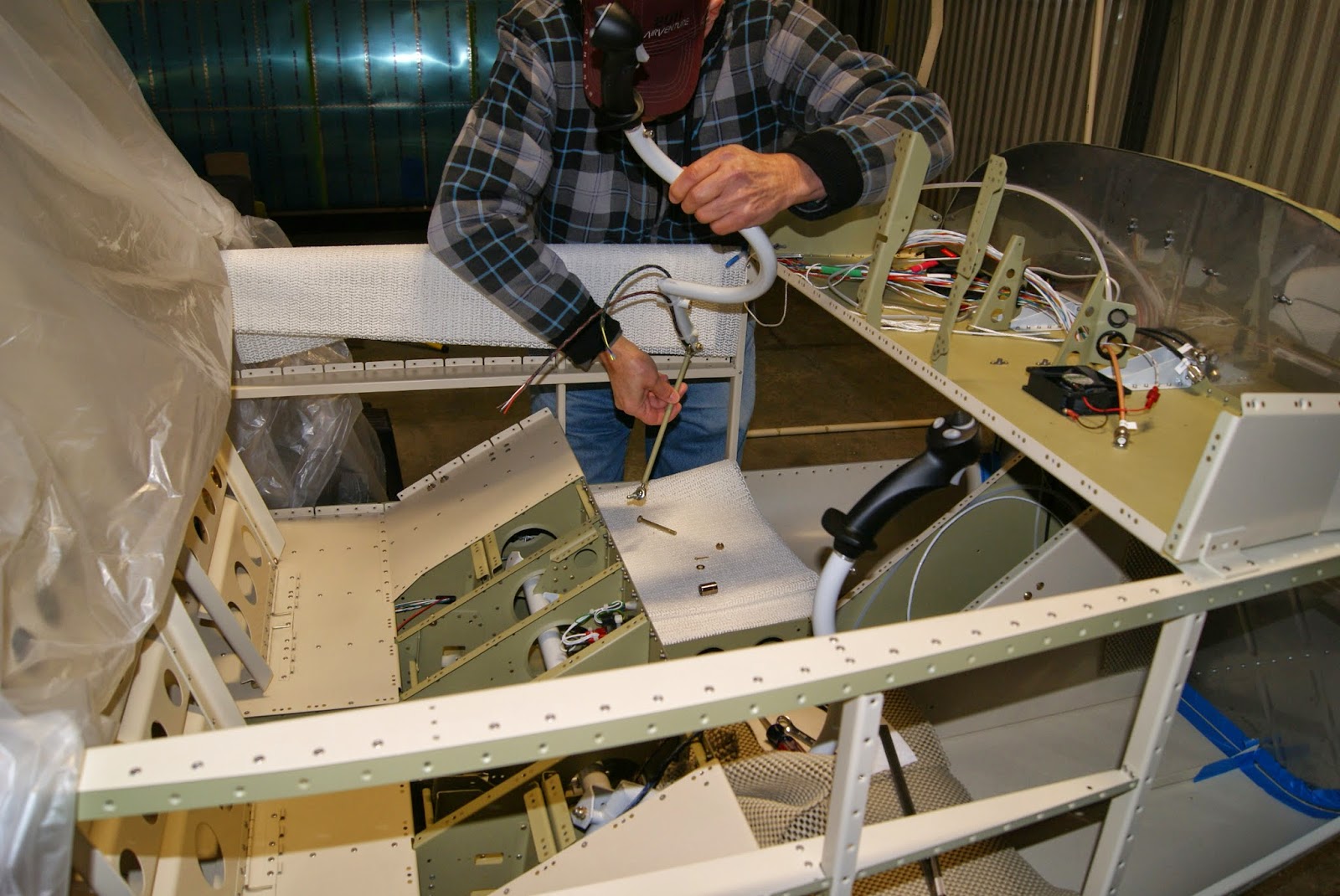 Installing the WD-1212 control stick with attached F-1264 push rod assembly on the pilot side. It is a tight fit installing the entire assembly this way, but it IS the way to go.

When tightening the hardware for the left control stick I could not find the sweet spot as I did on the right stick. The slots in the castle nut either allowed too much endplay or no endplay but some drag on the stick. So a little filing on the brass spacer will be necessary during the next work session to hopefully improve the fit.

I think the .025" that was filed off the left stick was a little too much … so will attempt to trim the bushing down a little to compensate. If doing it over again, would only have trimmed the control sticks down .008" shorter than the bushings … but either way looks like there is a little custom massaging necessary to get to the point of little endplay with a smooth feel and the yoke clearance seemingly come into play here.

Of note: There is a difference between the left and right mounting yokes for the sticks on my WD-1210 control column. The mounting yoke on the right side is a little wider than the 2” brass spacer and the mounting yoke on the left side just barely accepts the brass spacer. As such, when the right side is tightened it creates a slight taper which helped close up the endplay gap. The left side however is tight to begin with so the endplay gap does not close much. 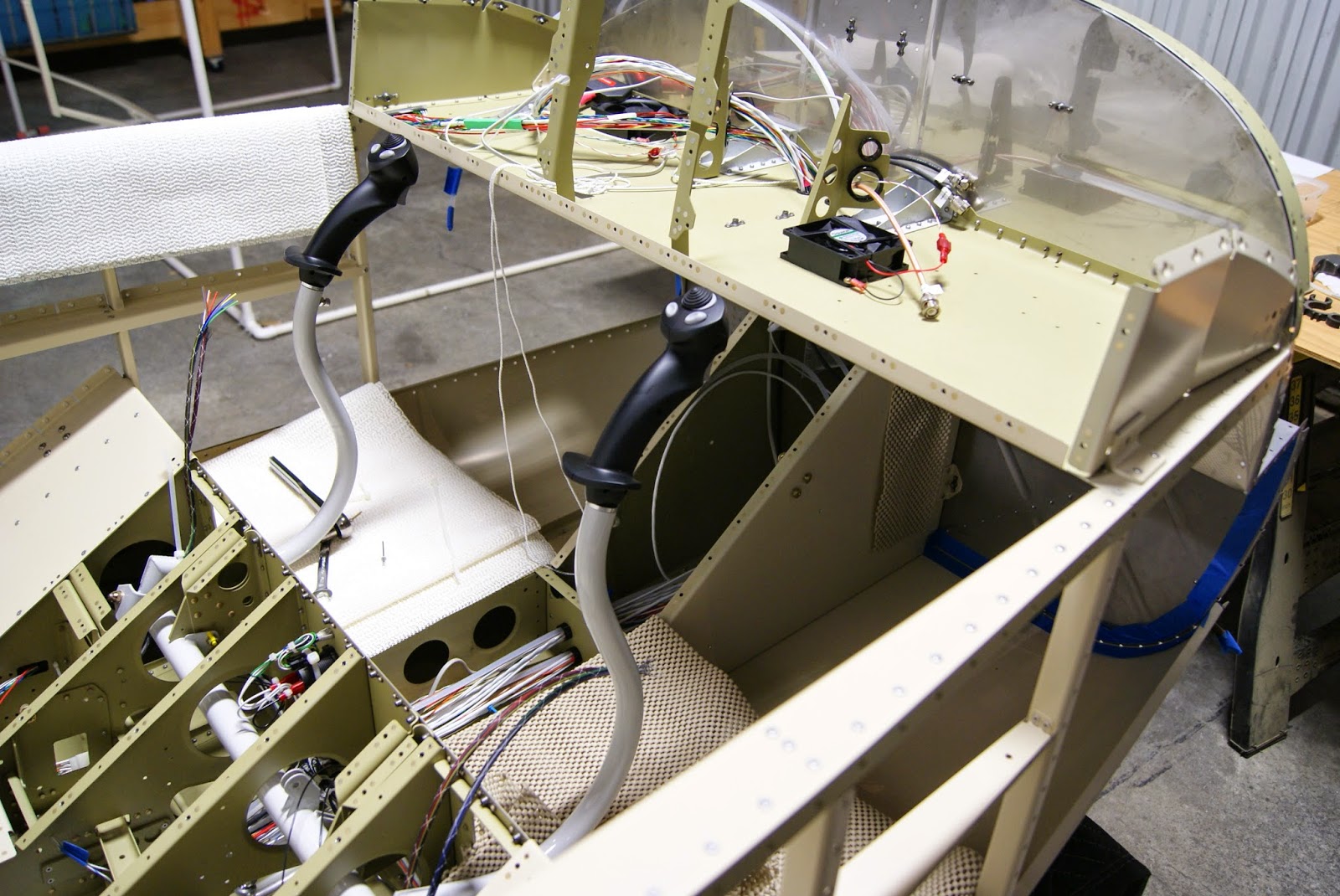 Both sticks installed but the brass bushing on the left stick will require a little filing to obtain the perfect feel.
Posted by John at 7:55 AM