Not being completely happy with the fit of the left WD-1212 control stick assembly because it still had a little more endplay than desired … the left control stick was unbolted from the F-1210 control column and the brass bushing was removed for tweaking. The whole stick assembly does not need to be removed … just unbolted and moved to the side so the bushing can be removed from the WD-1212 control stick. The Lubriplate grease was cleaned off the bushing so metal fragments would not contaminate the grease and the bushing was chucked into the drill press and filed down a little. 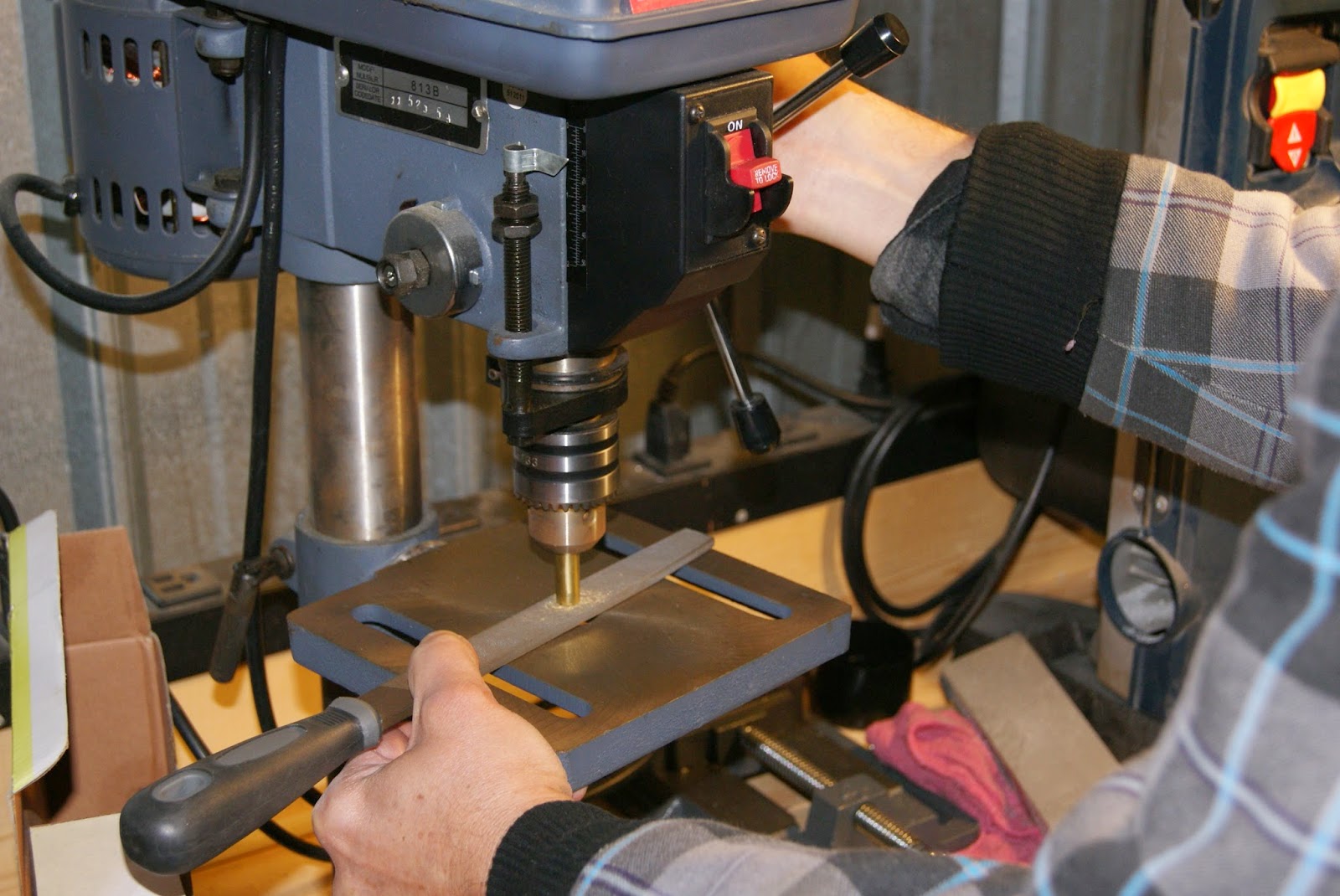 Using the drill press to file down the left control stick’s bushing. Removing material from the bushing this way is easy and insures a square end.

After removing a little material from the bushing, it was deburred and reinstalled. To get the desired fit it took two attempts. I could have removed just a little more from the bushing, but overall the fit is just great and the stick moves quite freely without a hint of drag. By the way, I feel it is much easier to tweak the length of the bushing than try to file the control stick … so if the control stick is filed a little too much, filing down the bushing a little using the drill press is really easy and all the hardware is easily accessible. 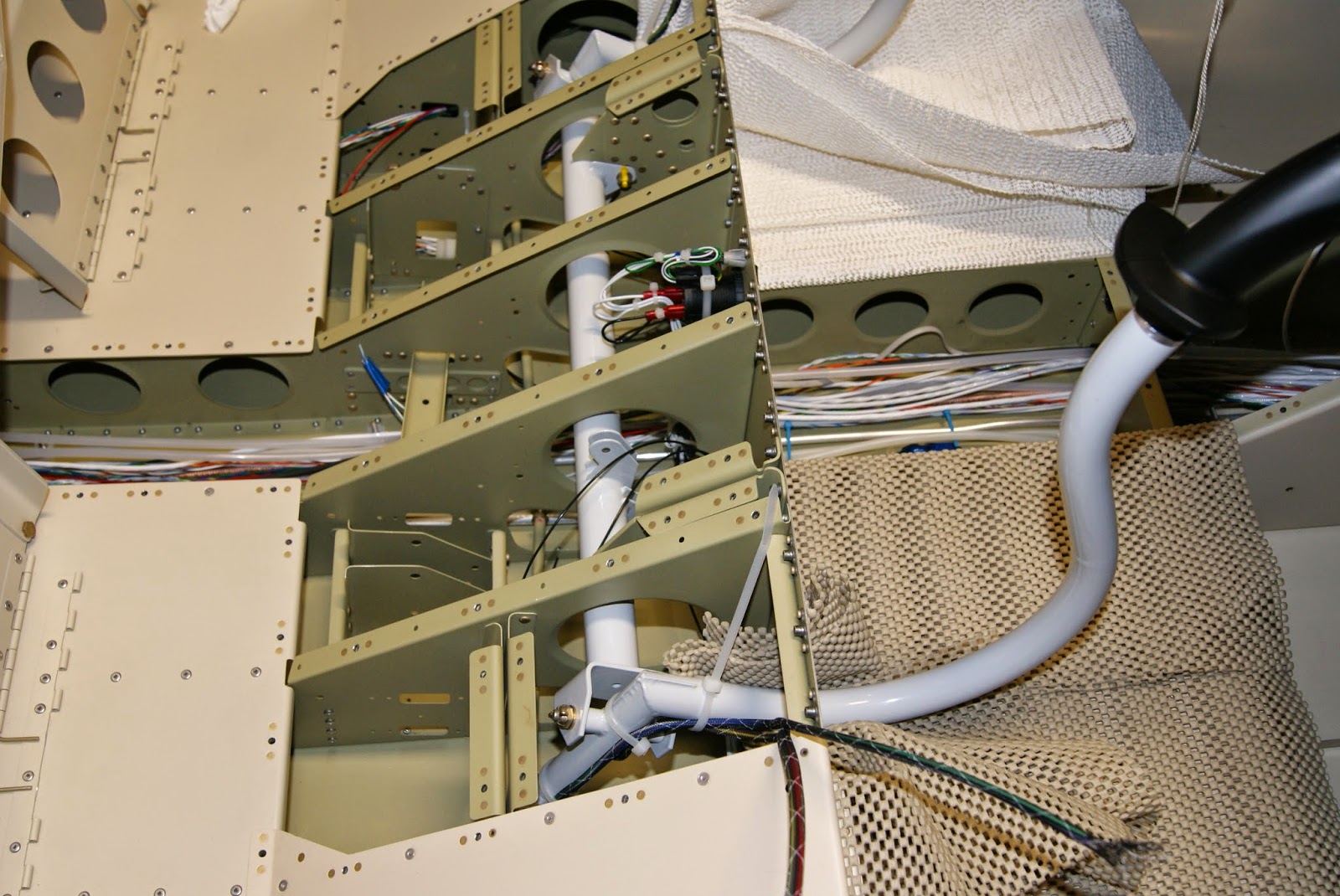 Completed instillation of both W-1212 control sticks and finalized routing of the wire bundles for the Tosten CS-8 grips.
Posted by John at 7:13 AM