Now having a bracket to secure the static line to the flap handle block decided to go ahead and mount the flap handle assembly into the center tunnel. However, will hold off on installing the flaperon mixer assembly because the flaperon mixer assembly and associated push tubes will result in a significant loss of center tunnel access. Therefore decided it best to just install the flap handle assembly at this time. Good center tunnel access will be needed as the tail cone is moved closer to the fuselage and finally mated, because the pitot & static lines along with the trim motor cable will need to be migrated forward towards the instrument panel to take up the slack. Once that happens the center tunnel cables will need to be secured with wire ties and the hold down straps. 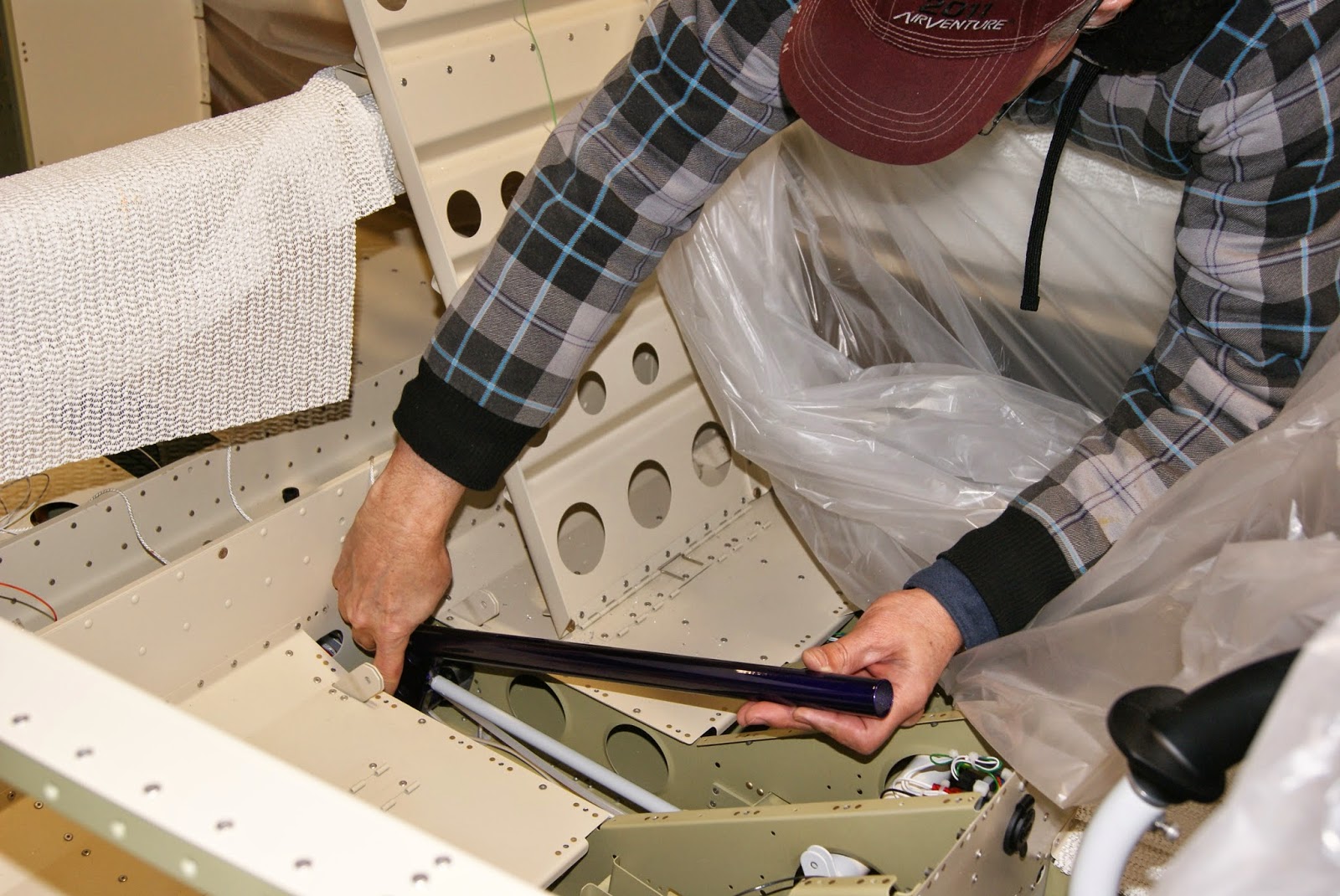 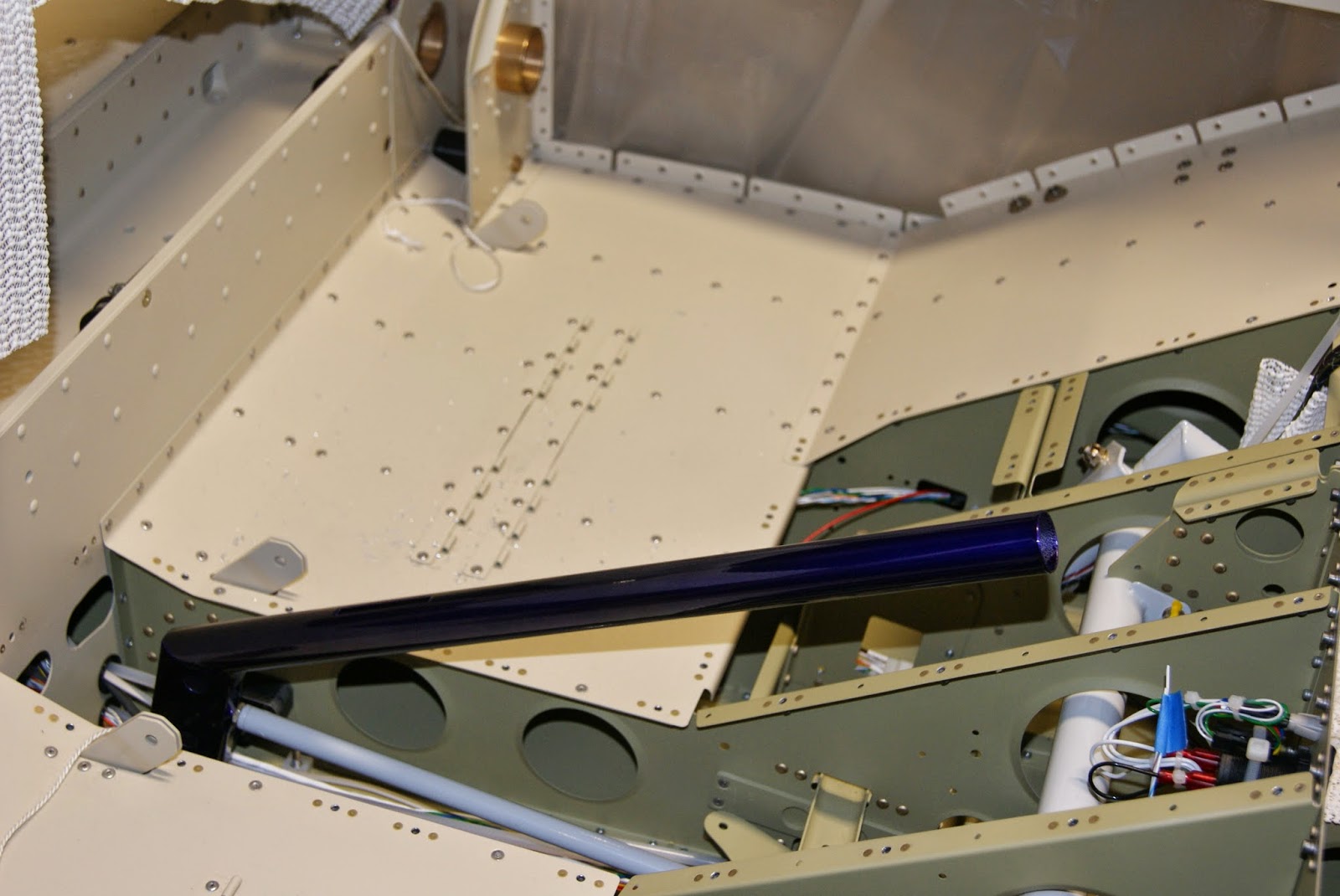