The original plan was to use the digital level to establish the angles … but it was quickly realized that due to the flexi nature of the mouth of the tail cone that was not going to be a good option. Finally settled on using the digital level to mark the required angles onto a piece of cardboard, and then carefully cut out the pieces from the cardboard to use as a gauge. 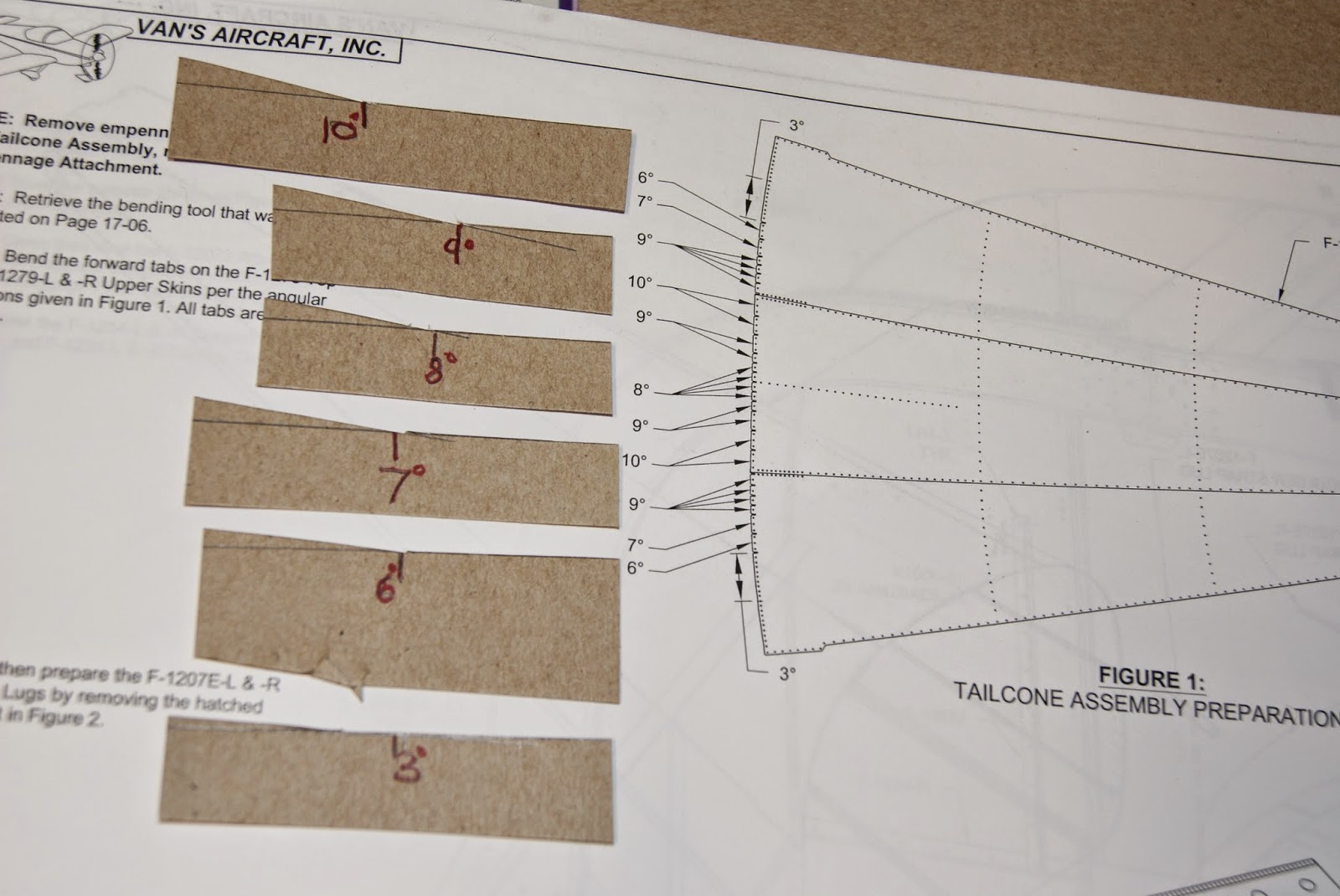 Pieces of cardboard cut to be used as angle gauges for bending the tabs on the tail cone per the plans. 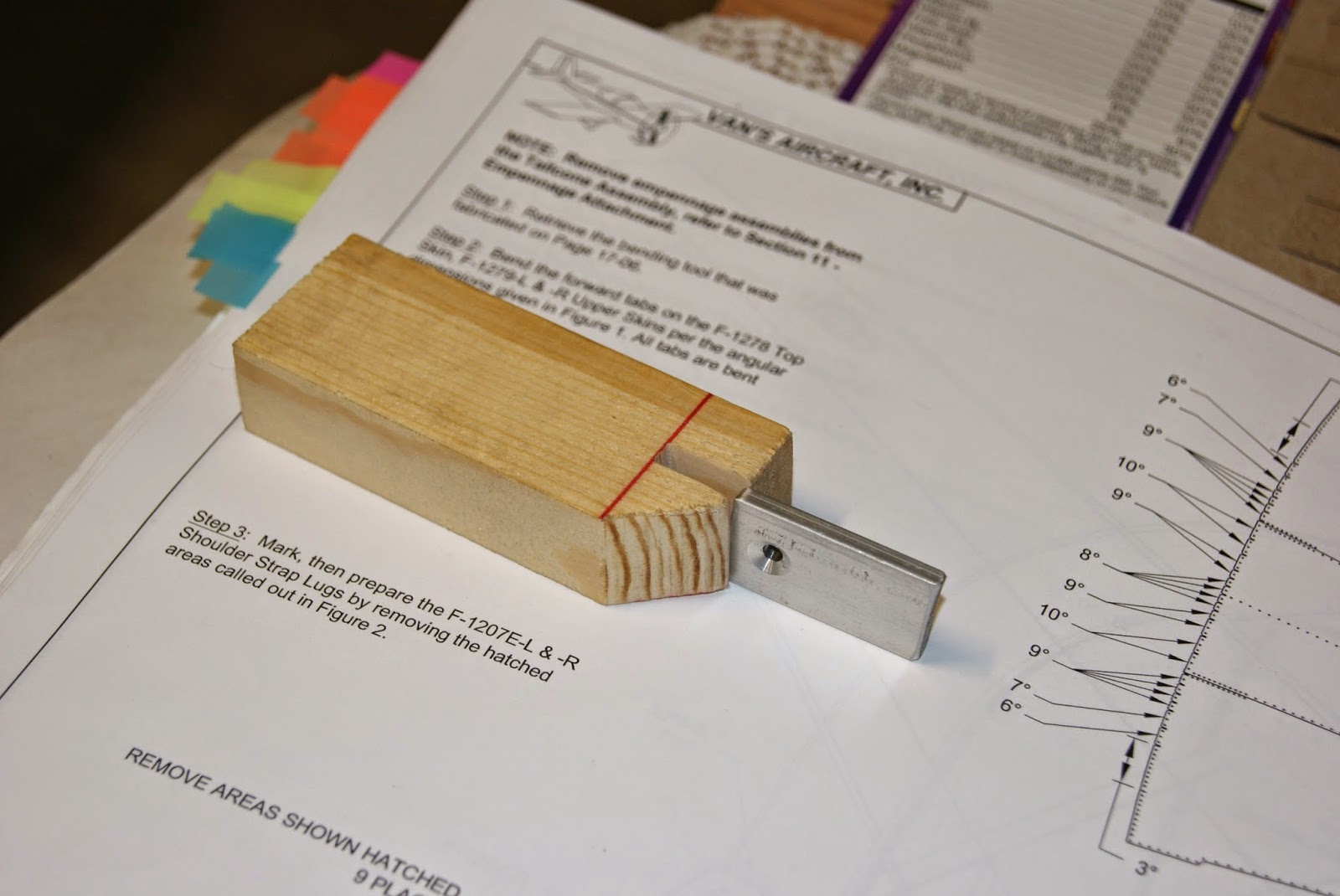 Modified bending tool with a mouth just wide enough to accommodate the thickness of the tail cone tab and the countersunk bar stock spacer. 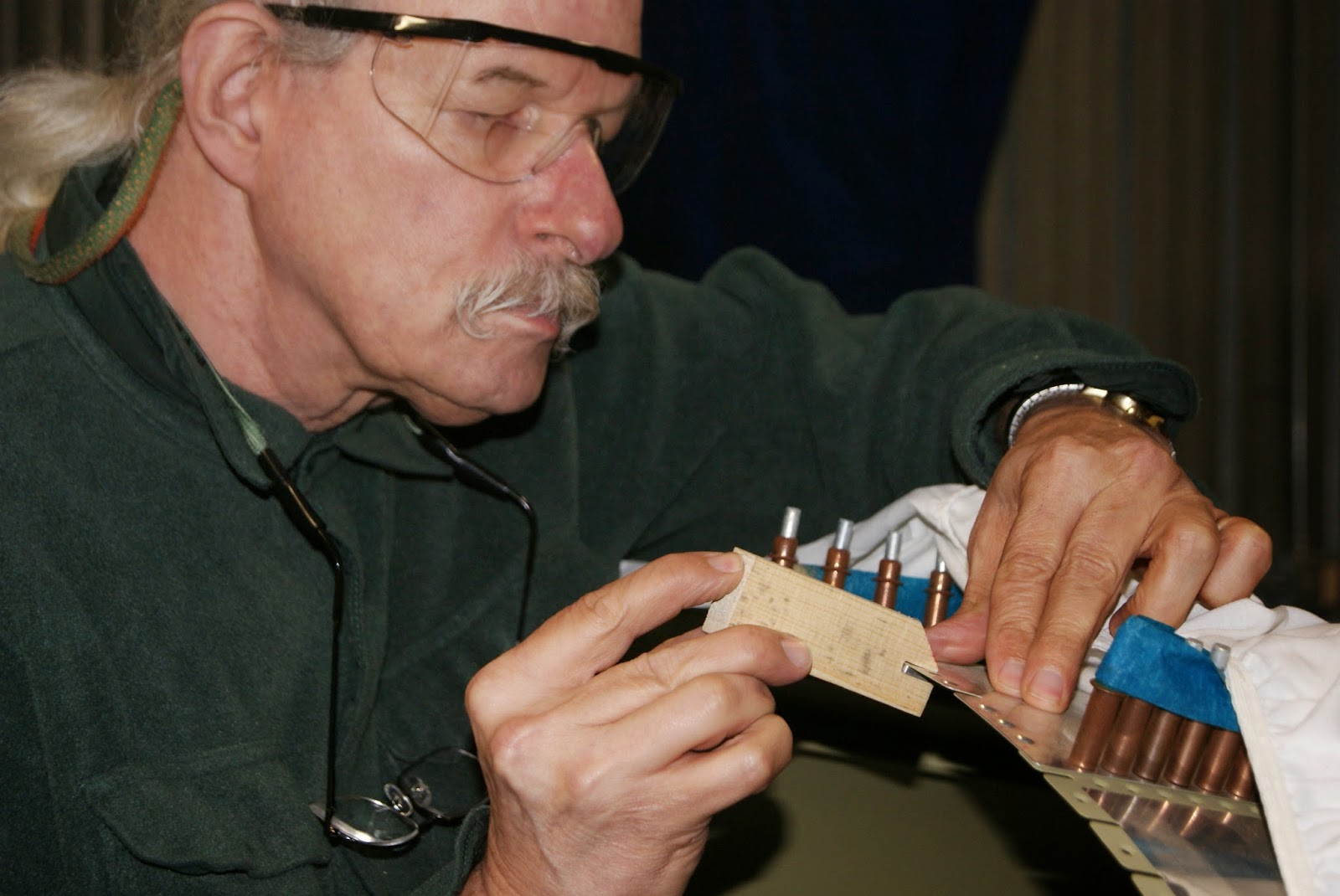 Using the modified bending tool with countersunk bar stock spacer to bend one of the tail cones tabs.

By the time the modified bending tool and spacer was fabricated, didn’t quite have enough time to finish bending all the tabs … so will finish up that task during the next work session.
Posted by John at 5:40 AM