This work session involved finishing up the bending of the tail cone’s tabs to the prescribed angles and chipping away at the list of tasks remaining to be finished prior to the mating of the tail cone with the fuselage ... which is slated for later this week. Bending the remaining tabs was not hard, but is a little time consuming if striving for near perfection.

Fellow builders following the DOG Aviation Blog know I have gone off the reservation a tad by running the ADAHRS wiring and pitot plumbing prior to mating the tail cone. This was done in the hopes of being able to mount, wire and plumb the ADAHRS unit and install the ADS-B antenna without needing to crawl inside the tail cone to do so. So far it has been working out … but will know in a day or so when attaching the tail cone onto the fuselage if this was all folly or a really good idea.

Once the task of bending the tail cone’s tabs was completed, moved on to installing the ADS-B antenna mounting plate on the bottom skin of the tail cone. The mounting plate was drilled and primed just before winter’s deep freeze gave DOG Aviation the one two punch.  The rivet holes on the antenna doubler plate were cleaned of any primer along with the area around the two mounting holes that secure the antenna onto the tail cone.  Removing the primer from around the antenna’s mounting holes is quite important because the two antenna mounting studs supply the ground to the antenna. The antenna doubler was riveted into position with four rivets and the antenna bolted in place and torqued to 20 inch pounds. 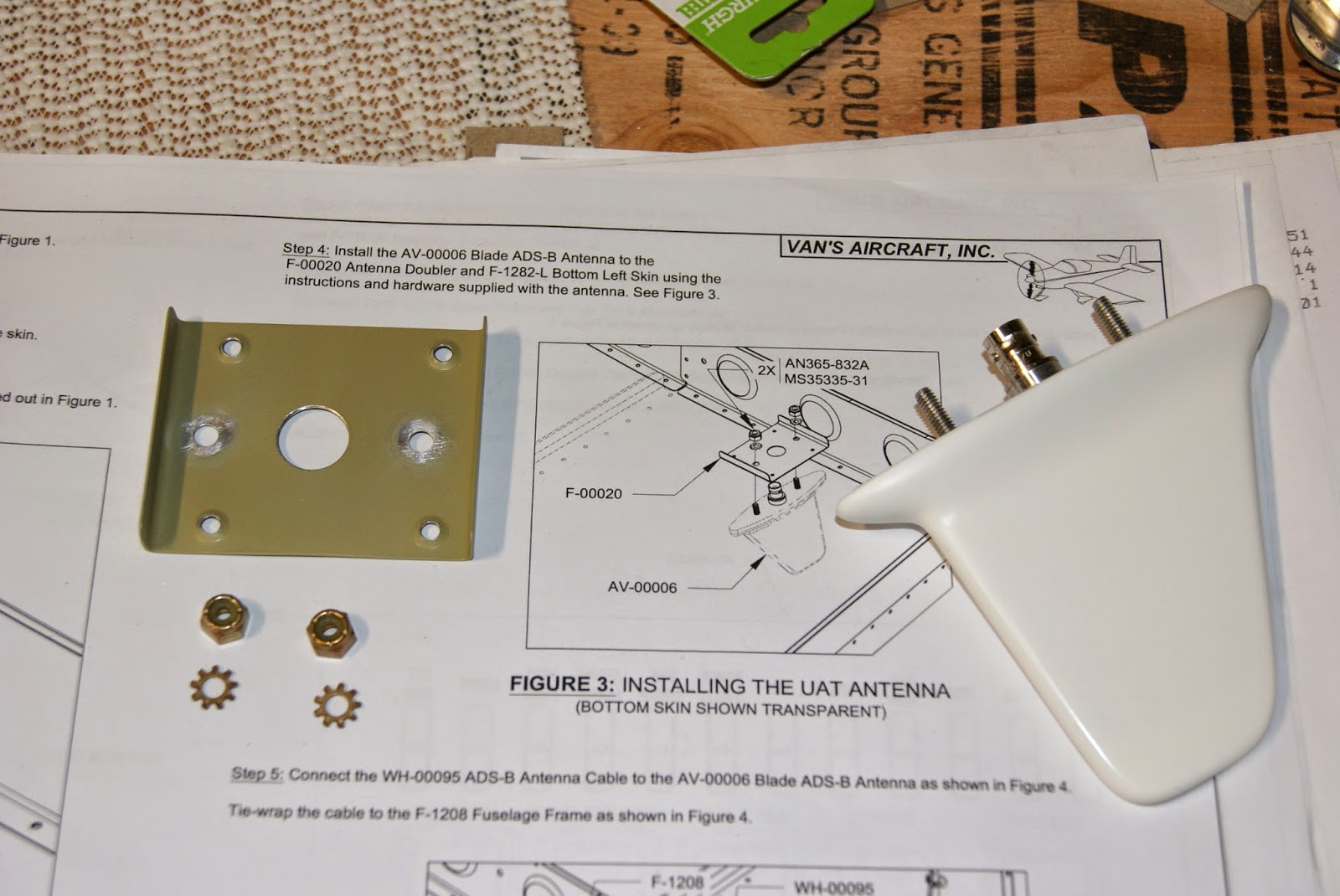 The next order of business involved spraying some rattle can zinc chromate primer on the tail cone at those locations where the tail cone's skins will be overlapped by fuselage skins. Some of the overlapped areas were already primed correctly with the much better Akzo primer … but the sides downward and bottom were overlooked when they were primed long ago. Unfortunately, priming the areas now became somewhat of a time consuming task because it required completely masking off the tail cone to prevent over-spray. The parts I missed long ago consisted of the forward edges of the F-1282-L&R bottom skins, F-1281-L&R lower skins and F-1280-L&R side skins. 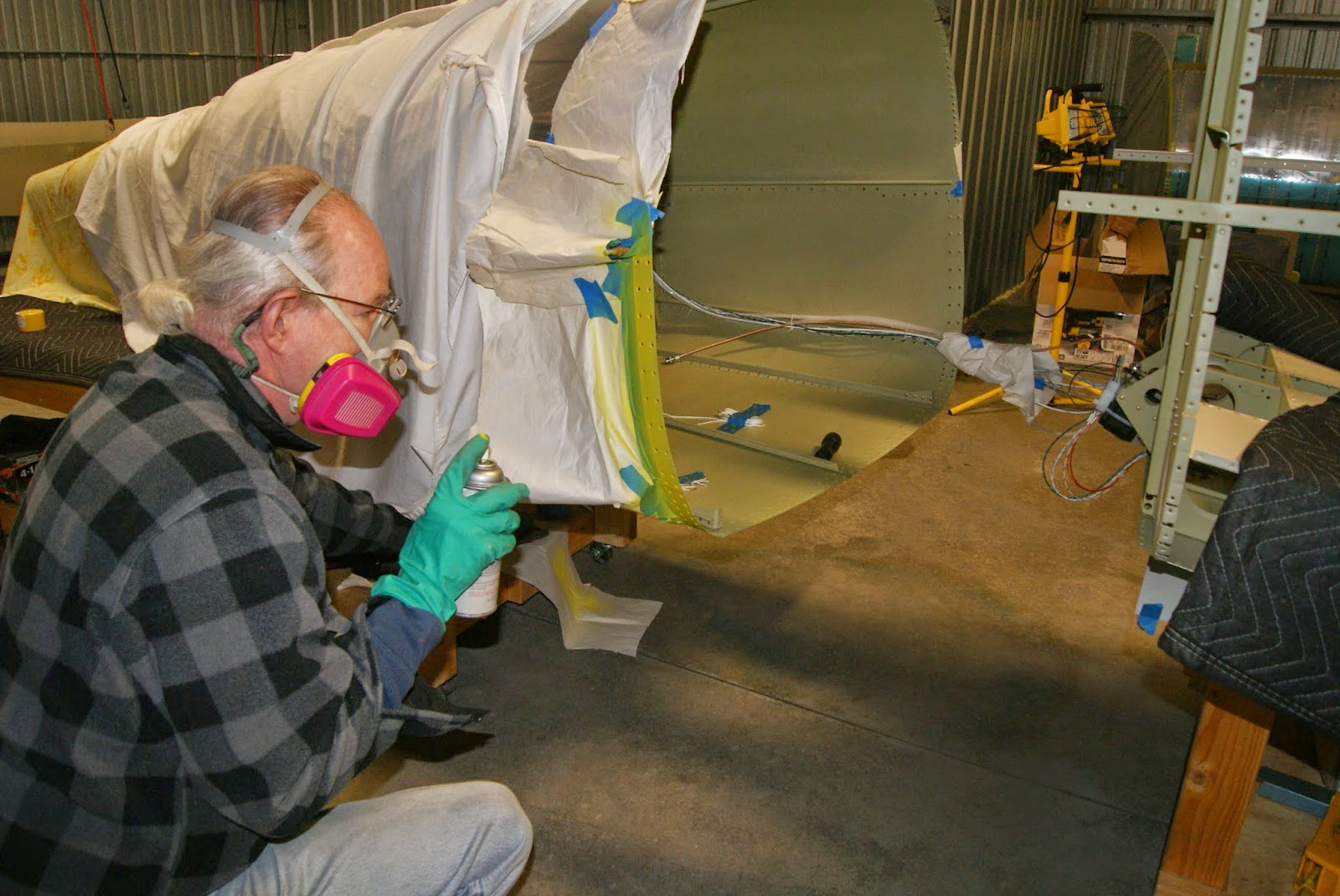 After masking the tail cone to minimize over-spray, the areas of the tail cone that will be overlapped by the fuselage skins were primed with a zinc chromate primer.

While the primer was drying, decided to prepare the Dynon ADAHRS unit for instillation by installing the fittings for the static air, pitot and AOA lines. Because of not being sure if thread sealers would affect the nylon fittings over time, opted to use Teflon tape on the threads of these fittings. 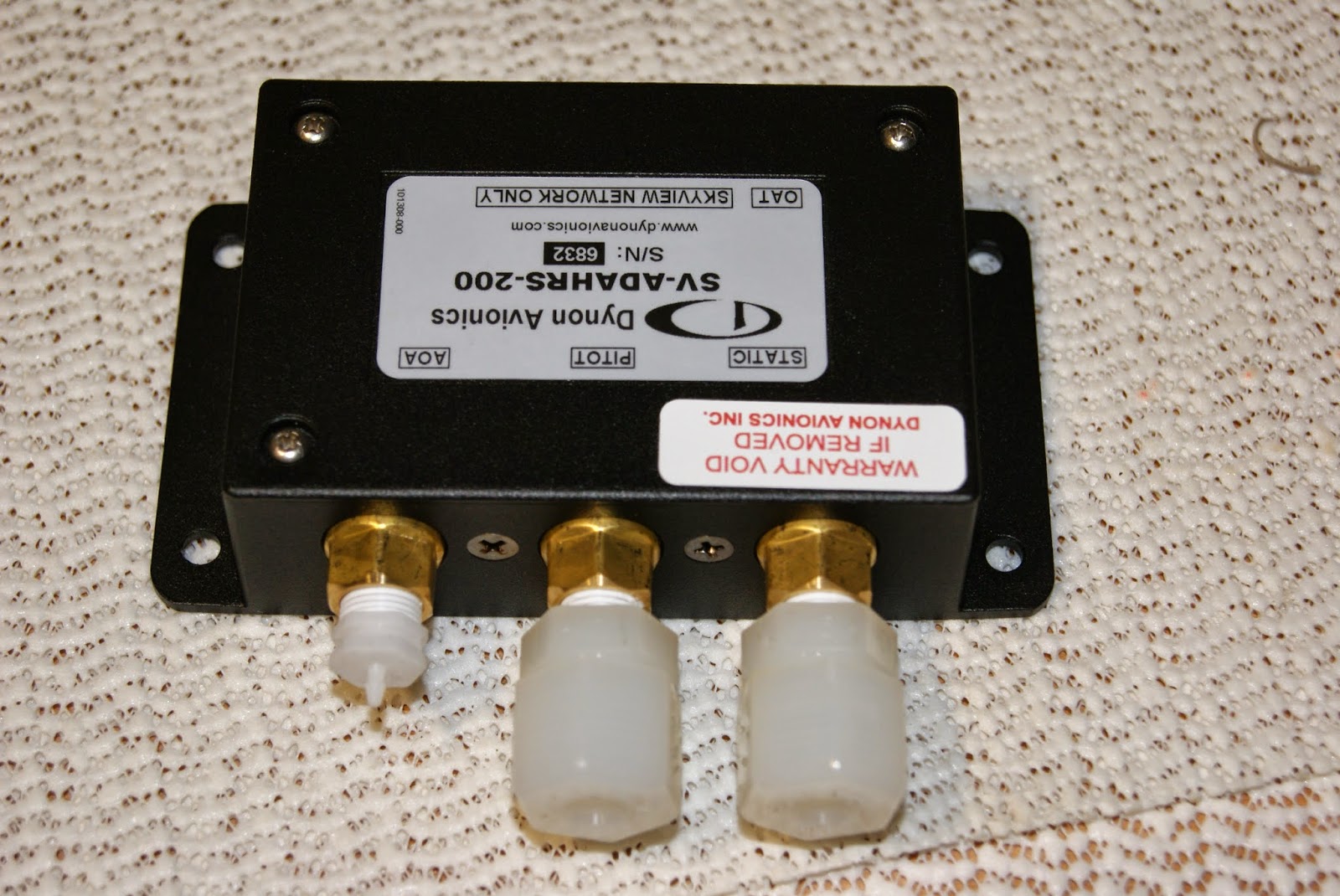 The Dynon ADAHRS unit with fittings installed and ready to be bolted in place in the tail cone.

Because the DOG Aviation RV-12 will have backup steam gauge instruments requiring a static air source, it will be necessary to tap into the static air line prior to the ADAHRS unit. The DOG Aviation procurement department found a neat “Y” fitting at Stein Air for the nylon static air tubing. The static lines just slip into the fitting and lock in place … the fitting does not require any tools. Each port has a ring that can be pulled back to release the tubing should that ever become necessary. 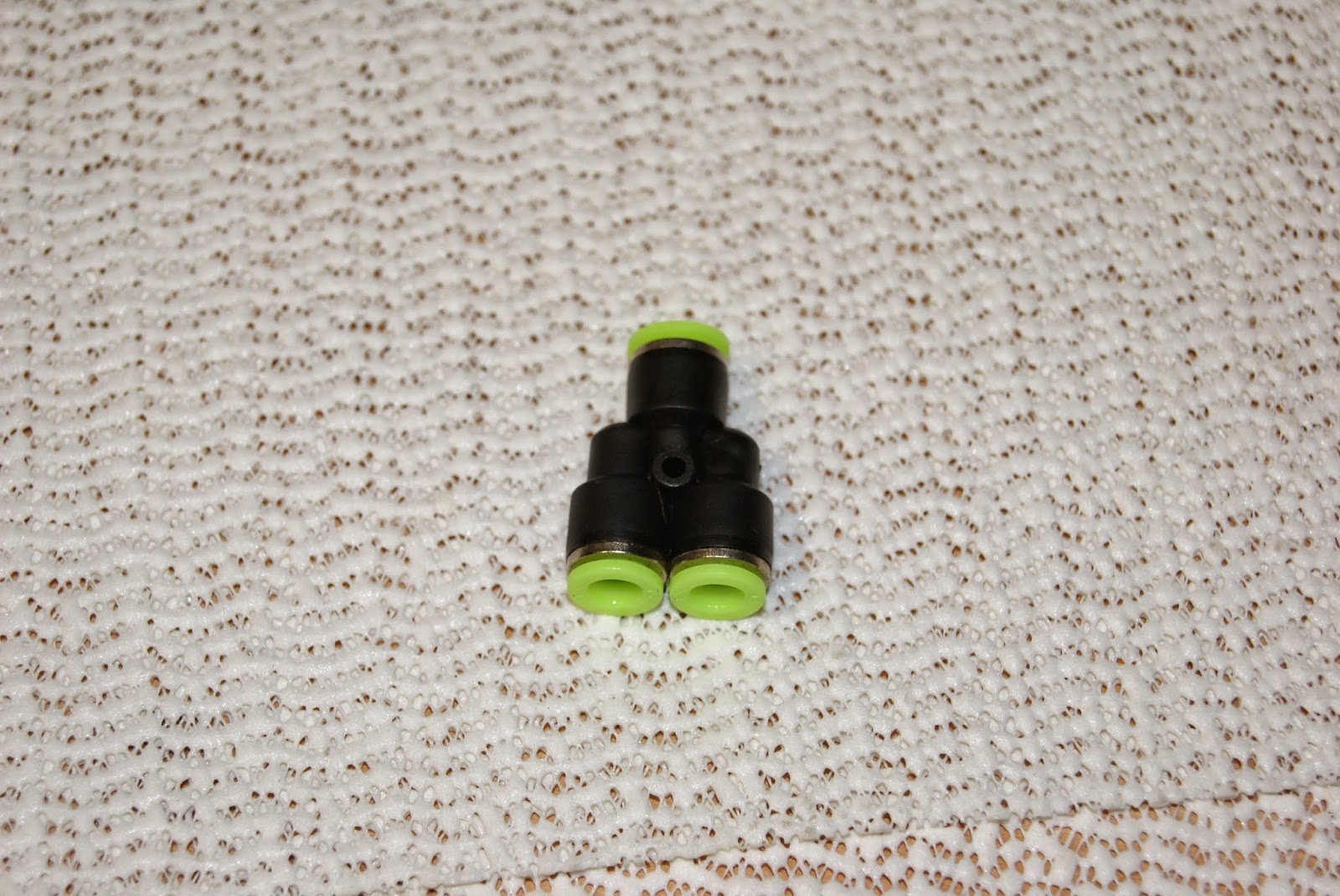 Ran out of time so will install the "Y" and Dynon ADAHRS unit during the next work session.
Posted by John at 8:59 PM