Yesterday was a long and busy day at hangar 45 … but productive. The list of items needing completion prior to mating the tail cone with the fuselage was completed.


The final routing of the Tygon tubing for the AOA (angle of attack) sensor was decided upon. There were two tooling holes that grommets were placed into … one in the lower aft edge of a F-1223 baggage rib and the other in the F-1206A bulkhead. This worked out perfectly … when the tubing passes through the grommet in the F-1206A bulkhead it immediately meets up with the wiring harness in the tail cone going to the ADAHRS. This will work out great. The Tygon tubing will be secured to the bottom skin by a dollop of silicone. 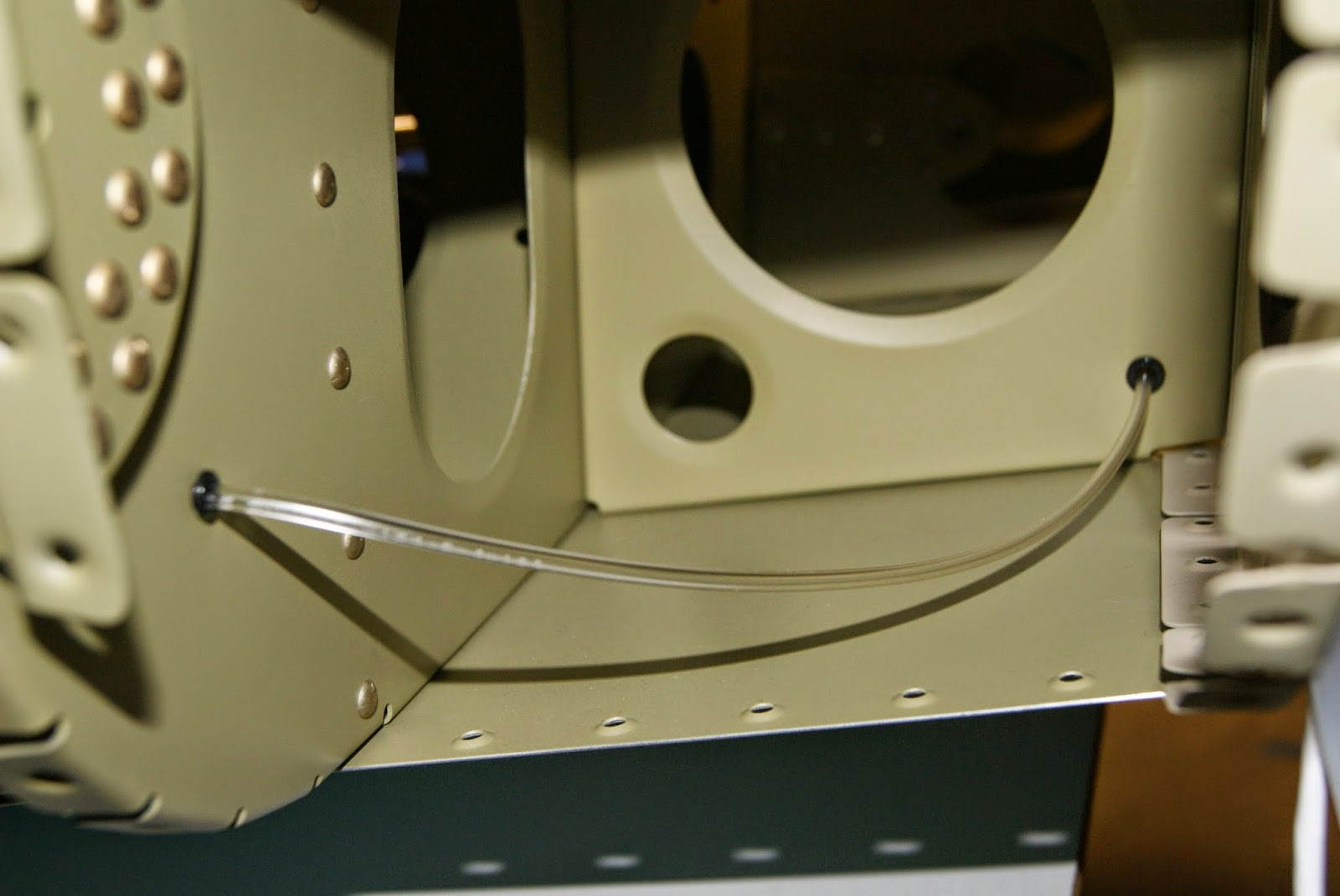 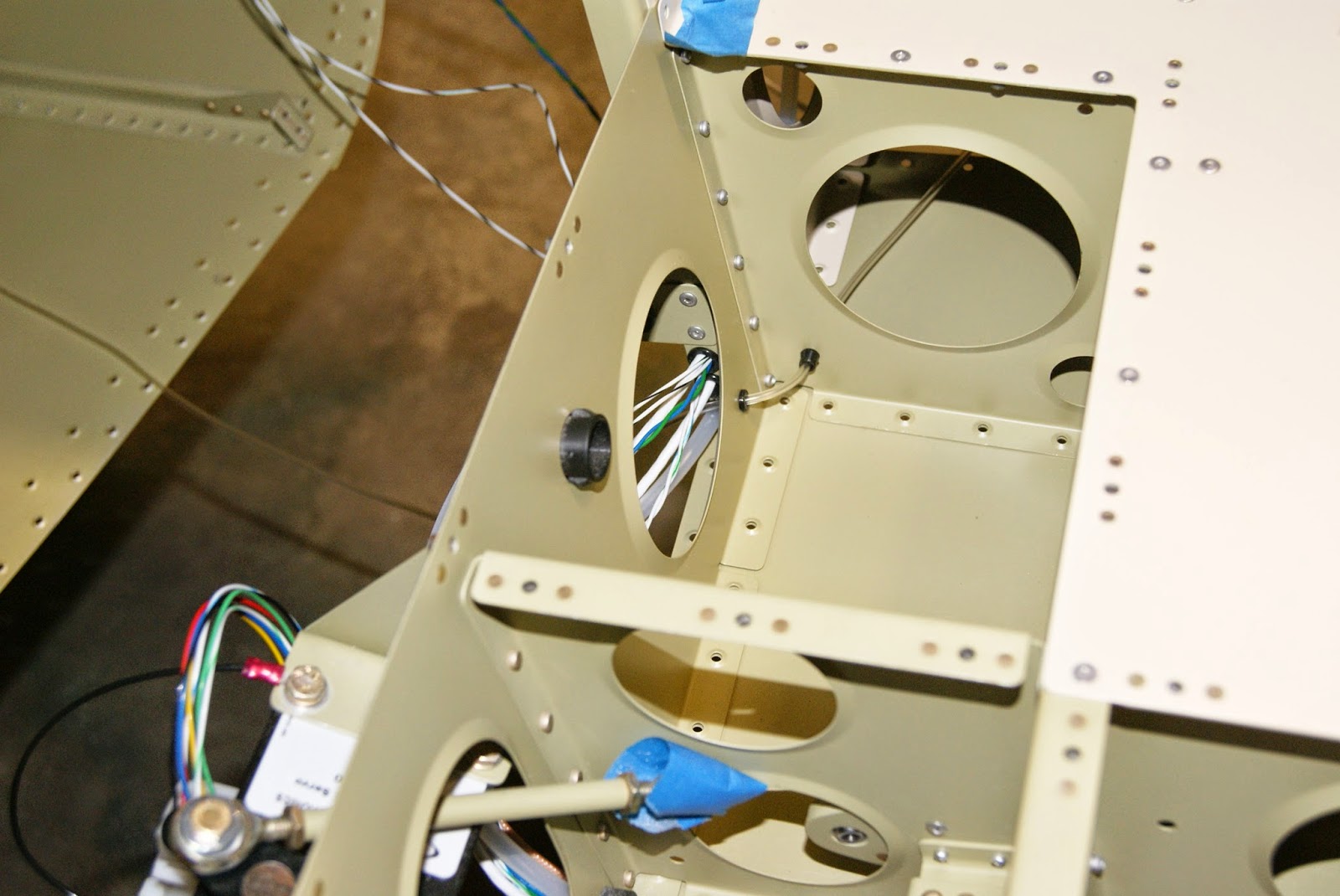 After the AOA routing was finalized, the tail cone was slowly worked closer to the fuselage but canted at an angle so there was still access into the tail cone to work on the wiring and plumbing for the Dynon ADAHRS. The excess pitot and static line was worked forward along with the trim wiring cable and all the wires running to the ADAHRS unit were worked aft through all the loose wire ties. Once all the ADAHRS wiring was pulled aft, the heat shrink tube was shrunk down over the wires and the plastic DB connector shell was screwed together using nonmagnetic brass hardware substituted in place of the steel hardware shipped with the connector. Next the the static air tubing was cut and the “Y” was installed. 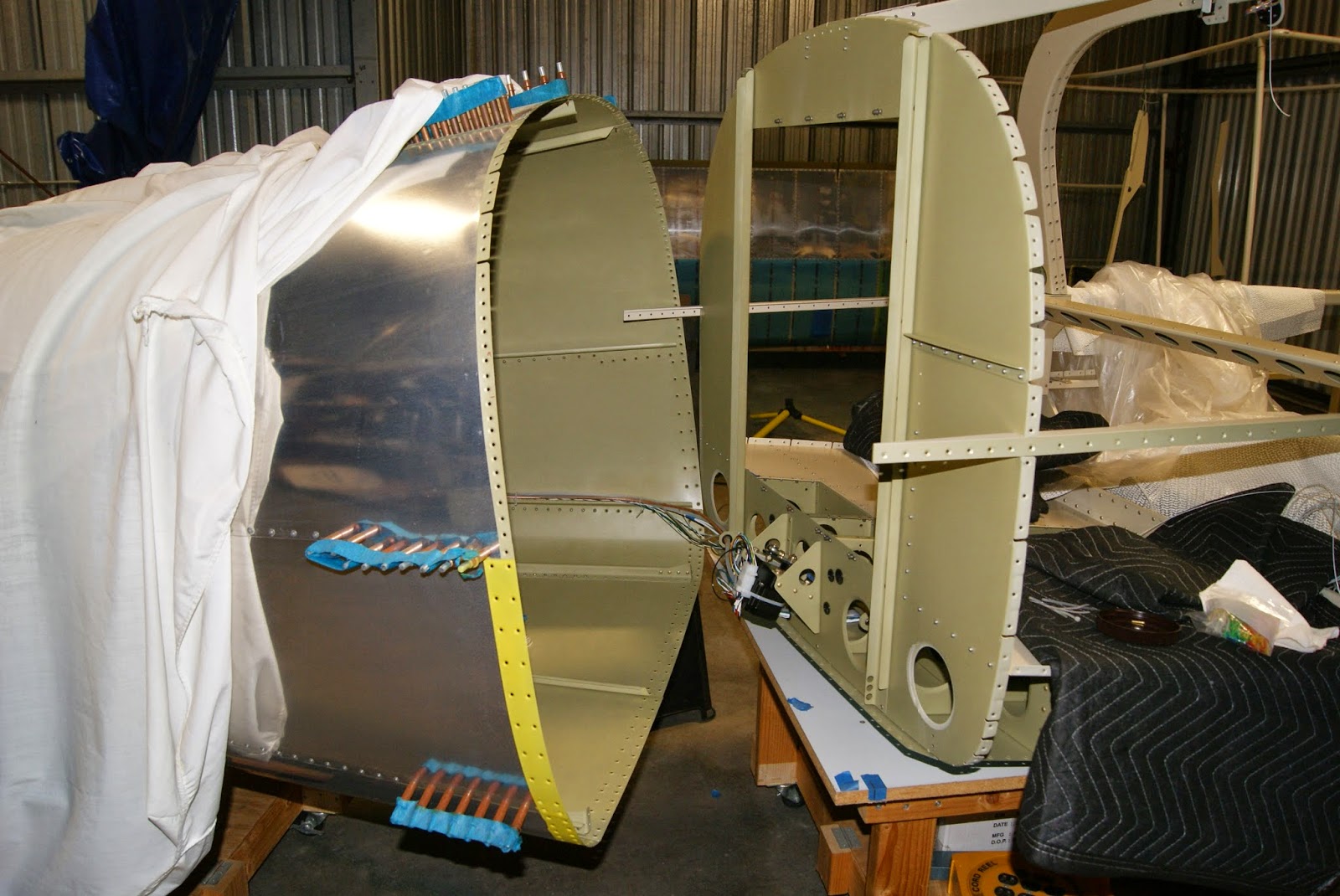 Tail cone was worked forward to the fuselage and canted to allow access into tail cone to mount the ADAHRS unit and attach the “Y” for the additional static air tube going to the instrument panel. 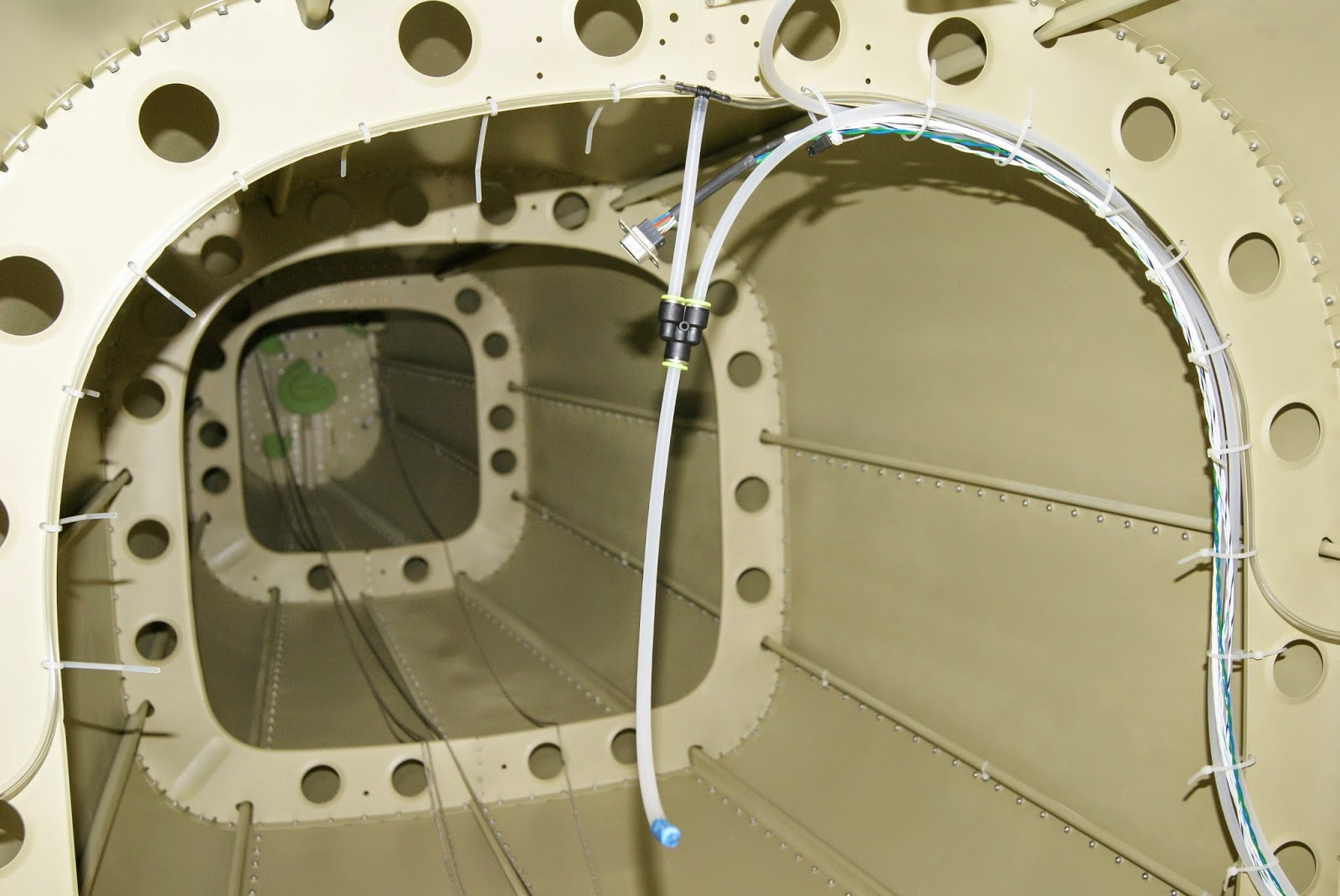 The “Y” installed in the static air line so static air can be routed forward to the instrument panel for the backup instruments.

The DB connector was screwed onto the Dynon ADAHRS unit along with the temperature probe connector and then the ADAHRS unit was installed in its mounting fixture on the roof of the tail cone with the supplied nonmagnetic hardware. Note for other builders: … the screws supplied were black so they did not look like brass or anything nonmagnetic at first glance. A magnet was used to verify they were nonmagnetic during kit inventory.


After the ADAHRS unit was secured to the tail cone the pitot and static air line tubing was attached onto the ADAHRS unit using the supplied connectors. These connectors although bulky are really easy to use and really only need to be hand tightened. The instructions say the nut can be tightened further by going 1/4 turn beyond hand tight by wrench if desired … I desired, so that is what was done. Next the Tygon tubing for the AOA port was attached finalizing the instillation of the Dynon ADAHRS unit. 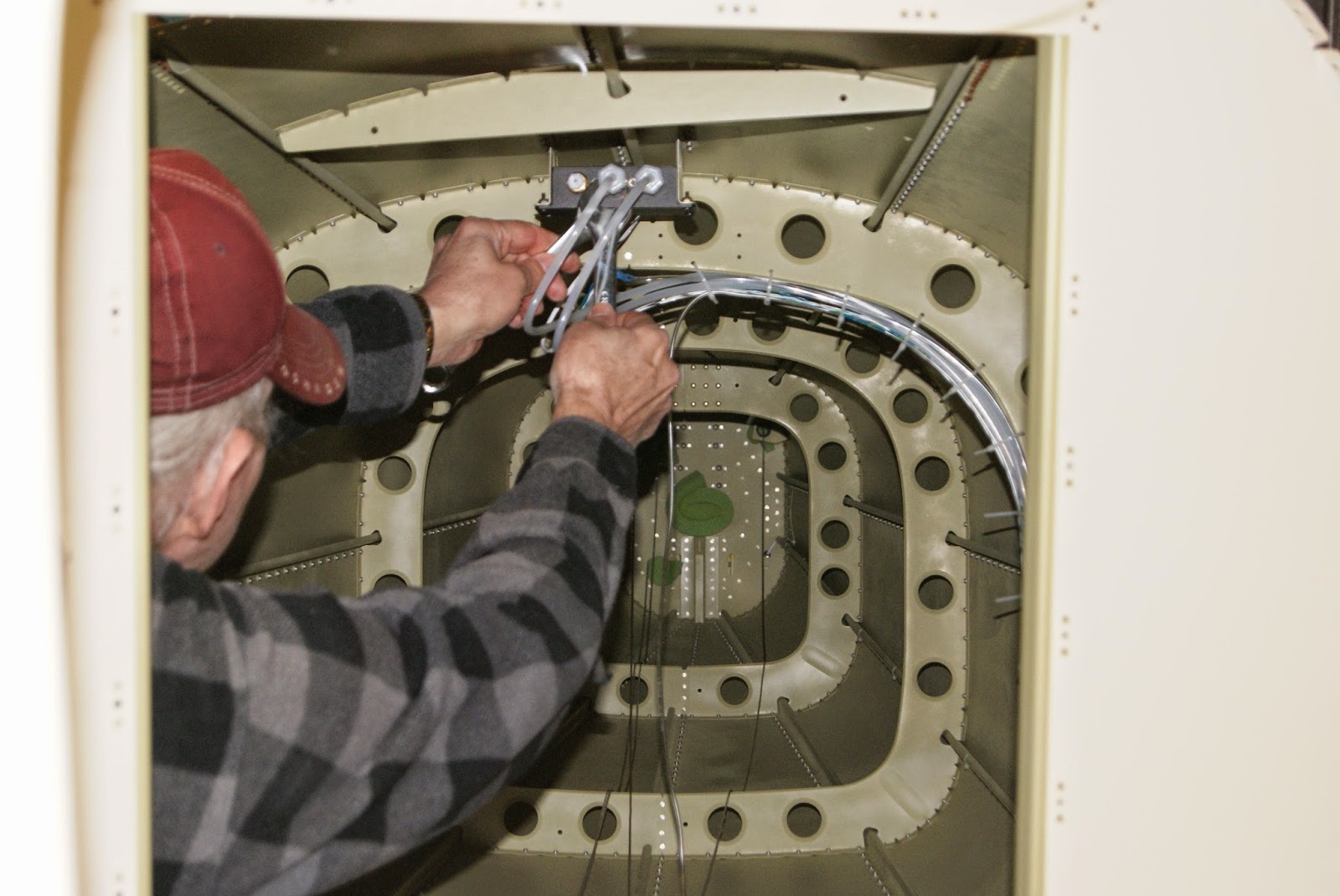 Tightening  the static air and pitot fittings 1/4 turn past hand tight with a wrench completes the instillation of the Dynon ADAHRS unit. 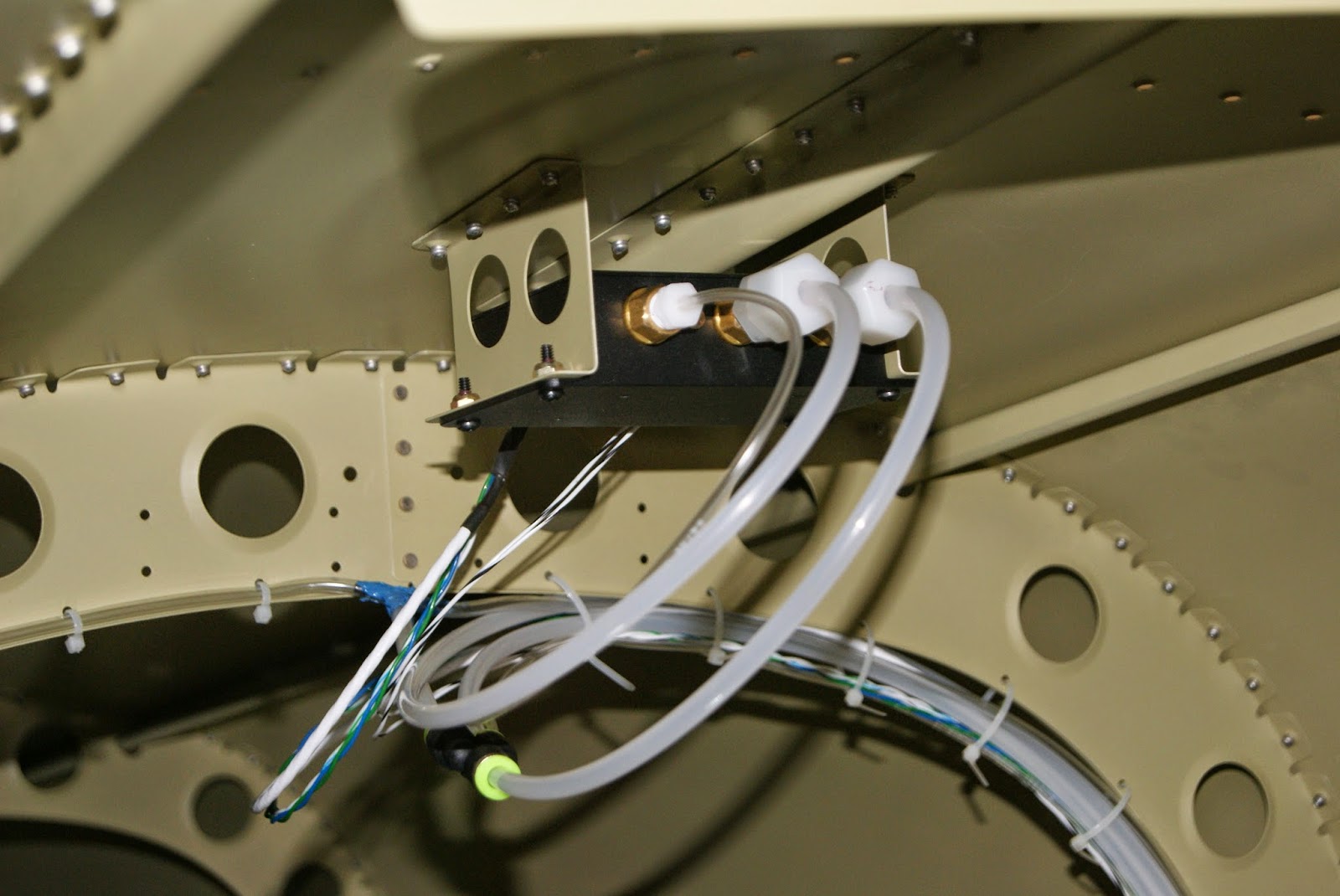 
The last item that needed completed prior to mating the tail cone to the fuselage is installing the left and right fuselage side skins. 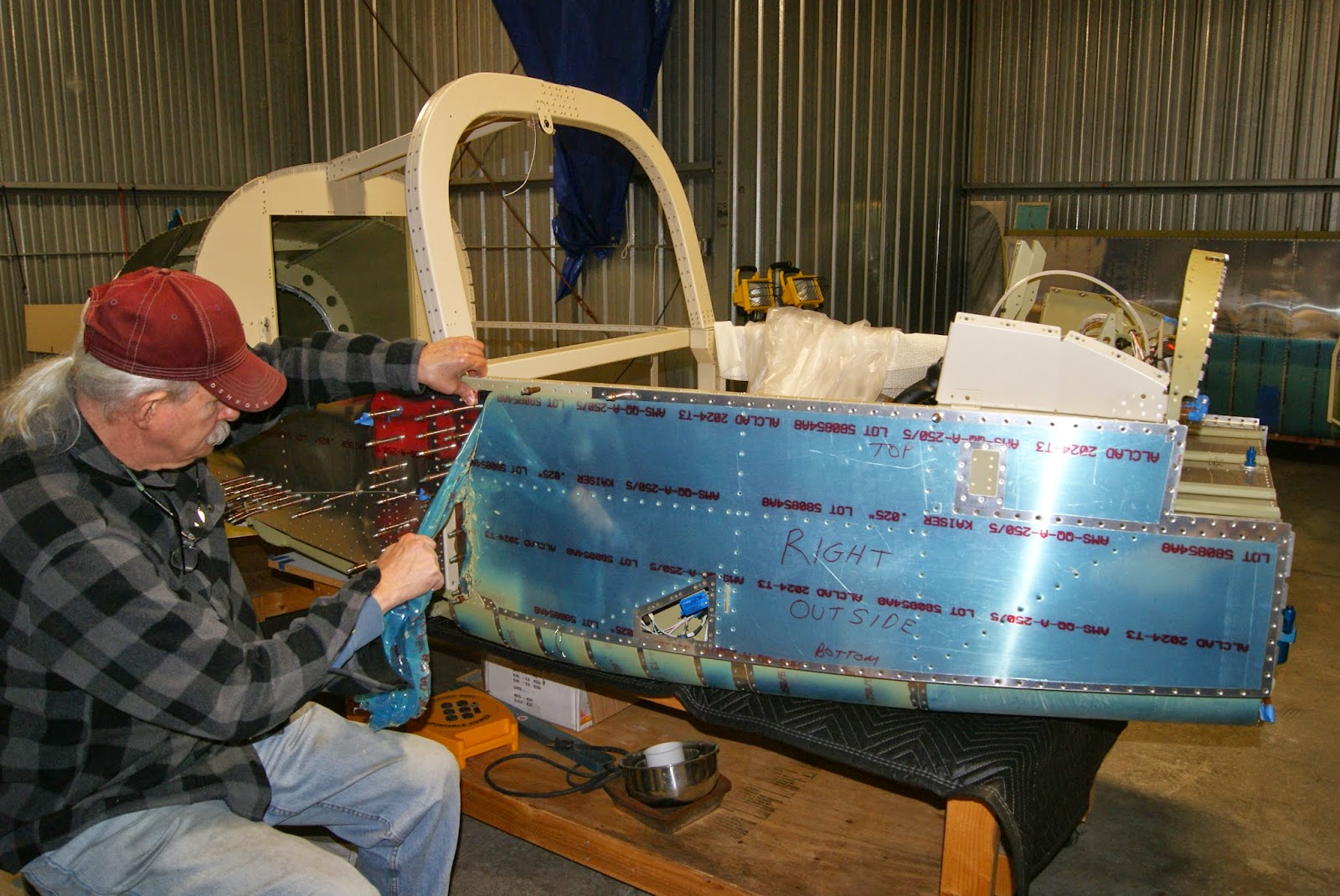 Pealing off the blue protective coating from the right fuselage skin to ready it for riveting after the tail cone is attached. 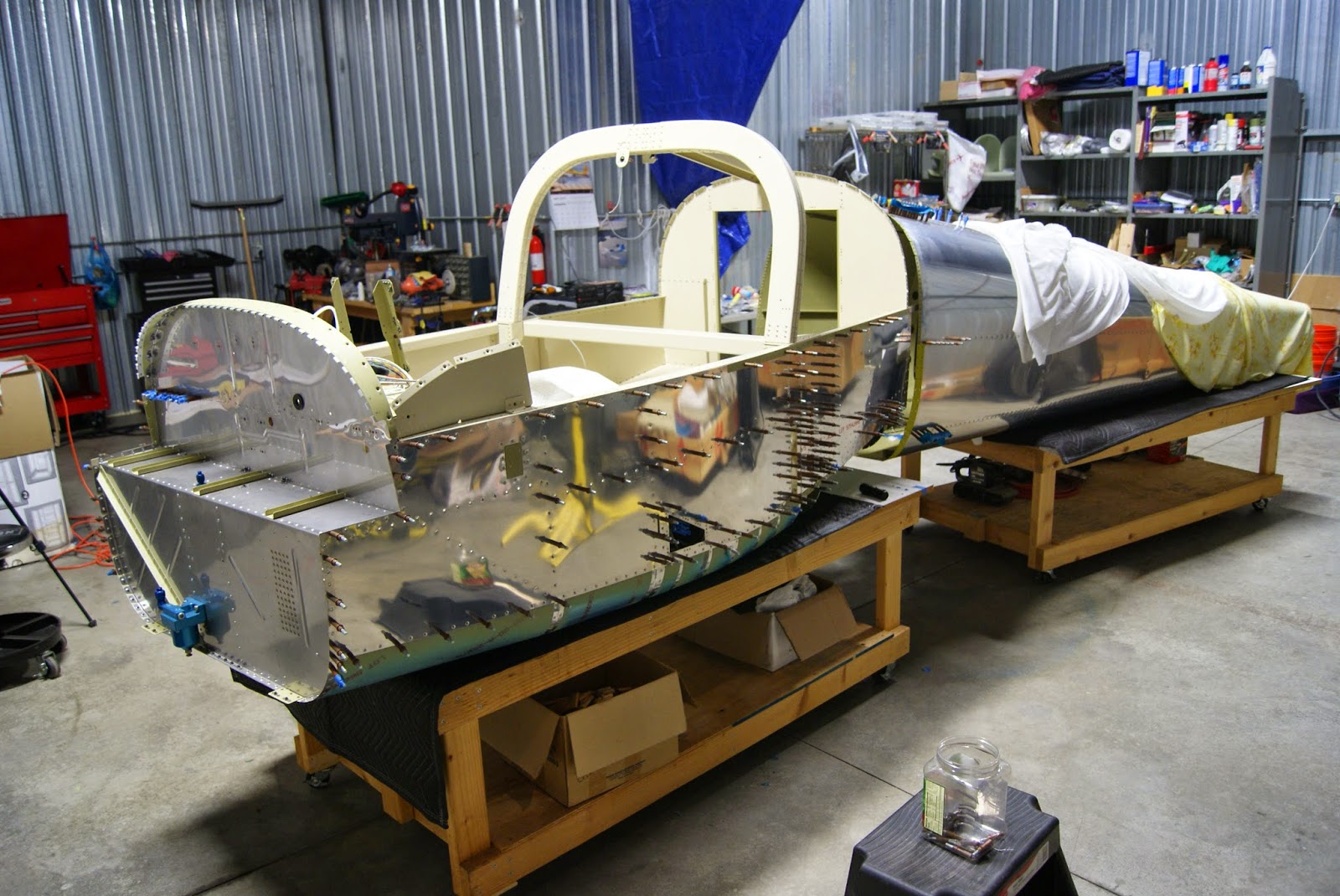 Left fuselage skin in place and ready for riveting.

It was after midnight when the side skins were finally on the fuselage  so called it a night. The late night push was because friends are going to help with the mating of the tail cone tomorrow so needed to be ready.