Learning from the right side, when installing the left F-1273 baggage corner skin made life a little easier by removing even more Clecos from the side skin which made installing the closeout much easier. The loser side skin allowed more play and less friction making alignment and positioning no struggle at all. 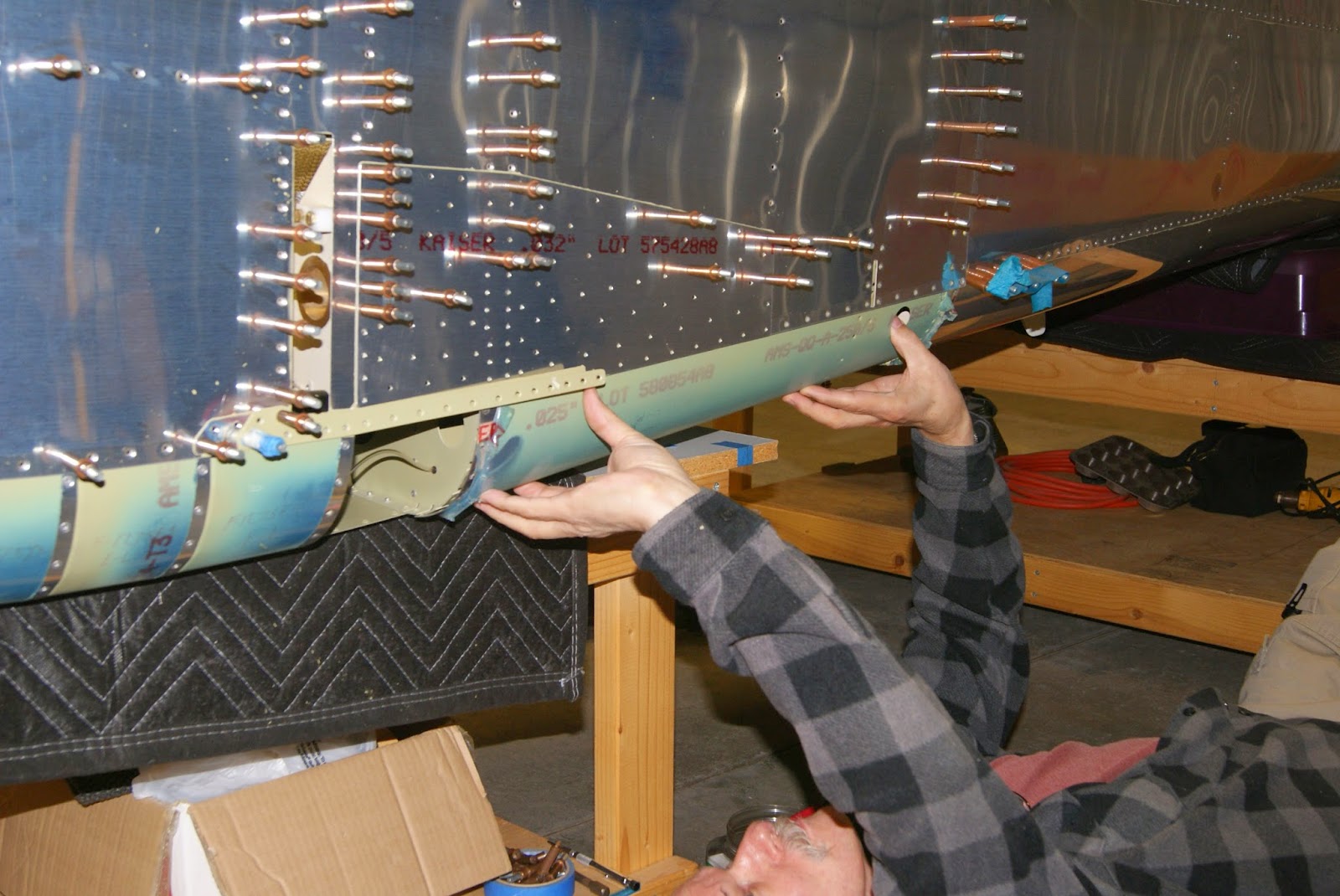 Positioning the left F-1273 baggage corner skin so it can be slid under the fuselage’s bottom skin. 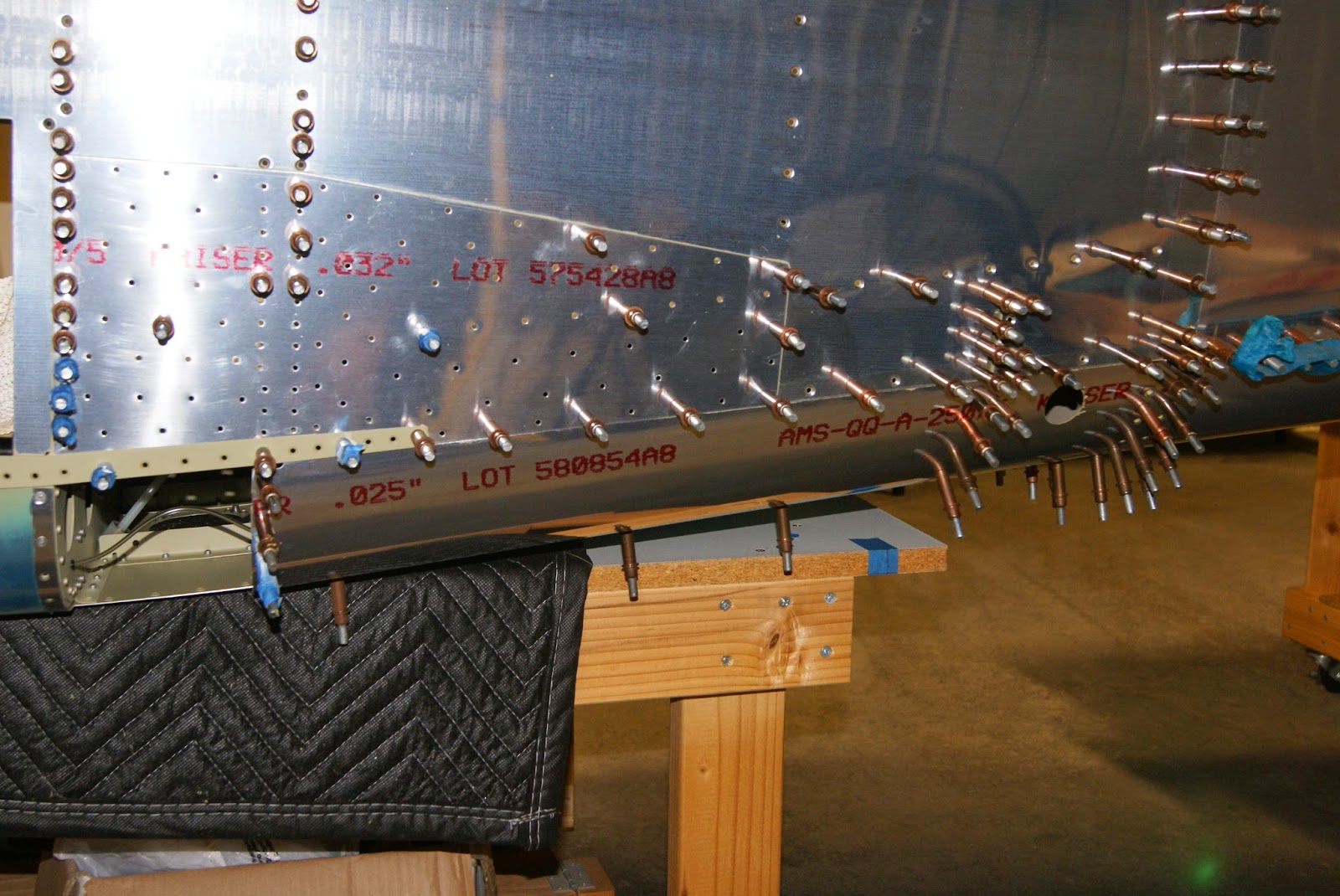 After the F-1273 left baggage corner skin was secured with Clecos, looked ahead in the plans and the next step begins installation of the turtle deck components and rear window … which, if installed at this point in time, will make getting into the tail cone even more difficult than it will be otherwise. So will be hit the brakes on placing more metal on the fuselage for the time being and finish up running wires through the center tunnel then fall back and tidy up all the wiring from the tail cone forward with tire ties. 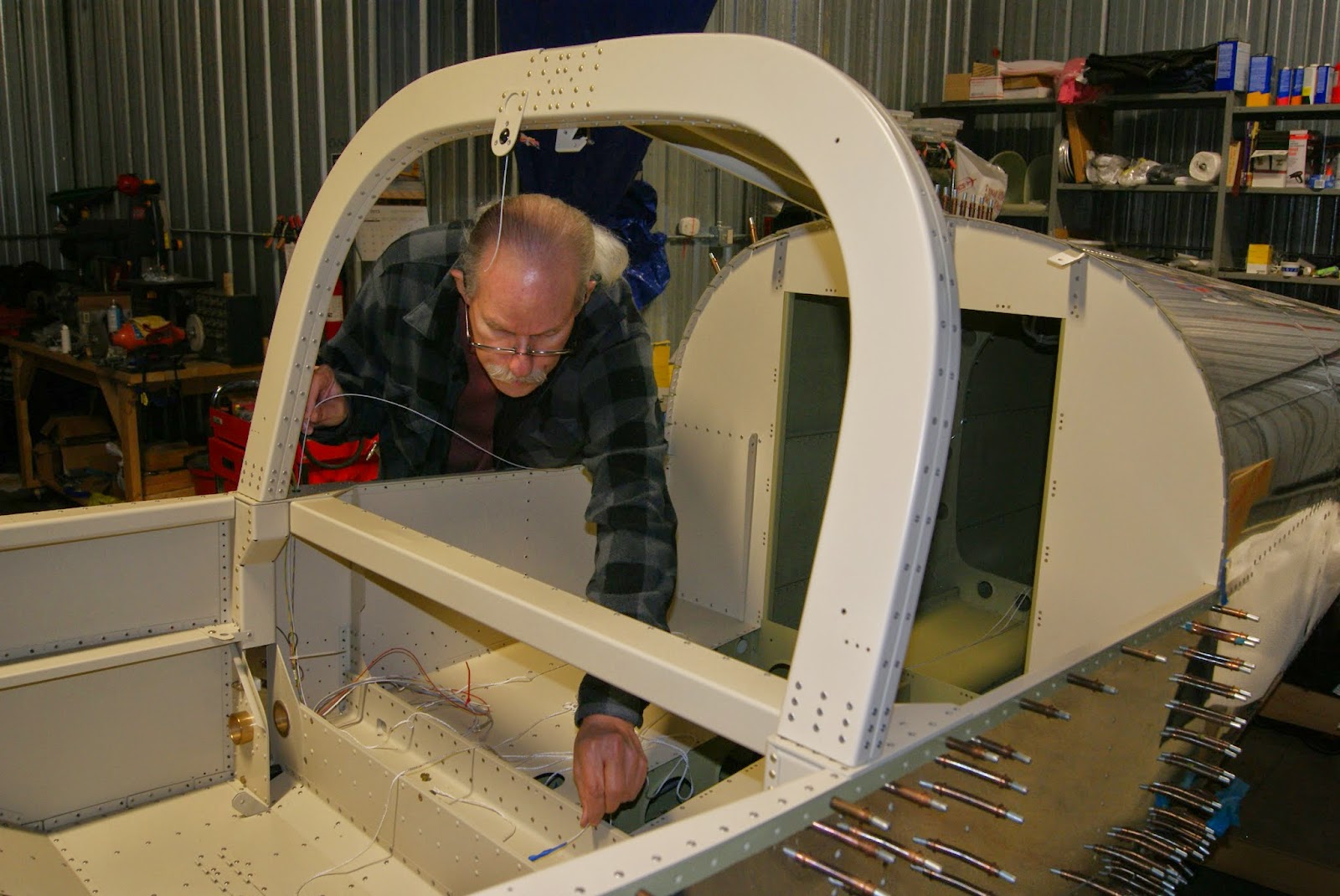 The only remaining wires left to run up the center tunnel to the instrument panel are the wires for the switches on the control sticks.  So that will be the focus of the next work session.
Posted by John at 7:11 AM