Prior to performing the weight and balance calculations that need to be completed for the airworthiness inspection, every piece of the airplane needs to be installed so accurate measurements can be obtained. One seemingly small task that needed completing was installing the landing light lenses. That small task turned out to take quite a bit of time to get accomplished.


It took quite a while trying different methods to keep the backing strips in place with no real success. Was just about to close up shop to head out and get some of the foam type double sticky tape when an idea came to me that ultimately worked great ... and I can whole heartily recommend it to fellow builders who don’t want to fuss with double sticky tape. I ended up using two lengths of waxed cord (the thin type used for jewelry crafting) looped through the center two holes of the W-1223E backing strips but instead of tying a knot, the waxed cord was twisted a few times so it would hold the strips in position while inserting the lens into the leading edge of the wing. 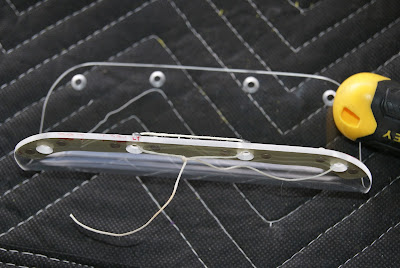 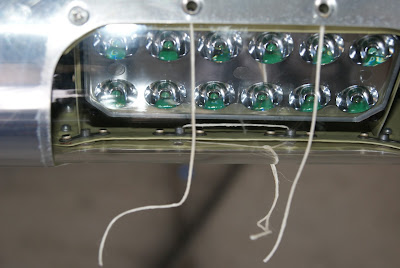 
After the outer screws are in place and the waxed cord removed, the center two holes on each backing strip received screws to complete the instillation of the lens. 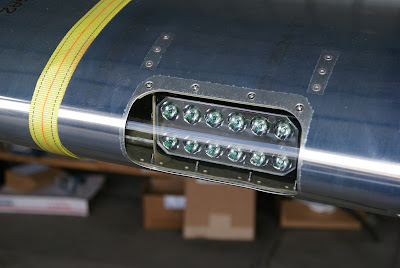 Completed instillation of the landing light lens in the wing … one down one to go.


Gee, this was so much fun … think I will do it again for the additional landing light in the other wing.
Posted by John at 8:26 PM