The Eagle Flies!!!! The Long Awaited For First Flight

Monday morning was a monumental occasion at DOG Aviation. A little over four years after beginning assembly of the DOG Aviation RV-12 the time had finally come for the Eagle to leave the nest and take me along for the ride. To the best of my knowledge, the DOG Aviation RV-12 is the first RV-12 to fly that is constructed using flush rivets on all the exterior surfaces ... I only know of one other RV-12 in Florida that is being constructed with flush rivets and it has not flown yet.


With the help of ground crew members Mike T. and Bernie, the RV-12 was rolled out of the hangar and into the brisk 48 degree morning air. 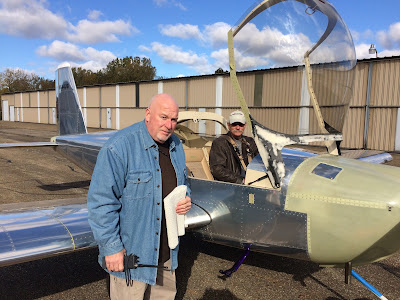 Ground crew member Mike T. was an attendee for the maiden voyage event. 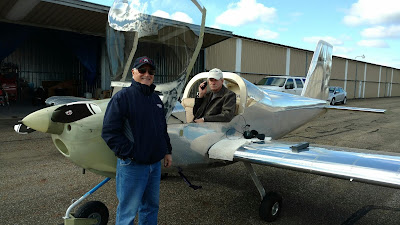 After the well wishes were out of the way, got myself strapped in and began working through items on the pre-start checklist. 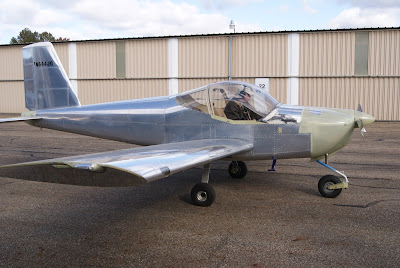 Inside the cockpit preparing the RV-12 for the maiden voyage. 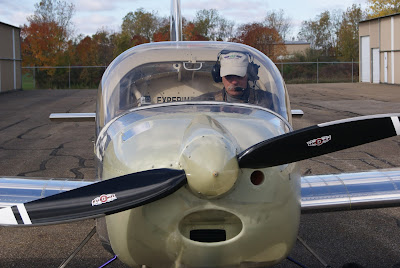 Gee, this looks serious. Also of note: One can see Mike’s new small video camera clamped onto the right seat frame … more on that below.


The Rotax 912 engine was started easily enough but it did require leaving the choke on a little to keep the engine running smoothly. This was by far the coldest day that the engine was started so when the choke was pushed off (as I have been doing during the warmer days) the engine instantly cut out and required a restart. This time, a little choke was left on until the engine warmed up to the point that easing off on the choke didn't result in a loss of RPM. With the choke now off and the engine warming up slowly, the RV-12 was taxied around to the other side of the hangars and a call was made to controllers to obtain taxi clearance to the far side of the airport to get to the active runway.


A little back story about the camera that can be seen I the previous photo ... Mike  T. came by the hangar last week and said he had a surprise me. Mike unzipped a small bag revealing a small video camera that could be used to document the first flight …. Very cool! The camera could transmit to Mike’s smart phone so the video could be watched on the phone while the camera angles were being adjusted. Sweet setup! The “plan” was to turn on the video camera after a successful run-up was made prior to taking the runway. Well, unfortunately that didn’t happen … with all the adrenalin, excitement, and first flight concerns, plus interfacing with the air traffic controllers, I simply forgot to reach over and turn the camera on.


After the run-up and forgetting to turn on the video camera (sorry Mike), the RV-12 was rolled onto runway 1 at KCAK to begin its maiden voyage towards the broken clouds high overhead.  After lining up with the runway’s centerline, power was applied and the Rotax 912 engine quickly accelerated the RV-12 down the runway with seemingly no effort and easily pulled the RV-12 off the ground and towards the clouds, taking me along for the ride. 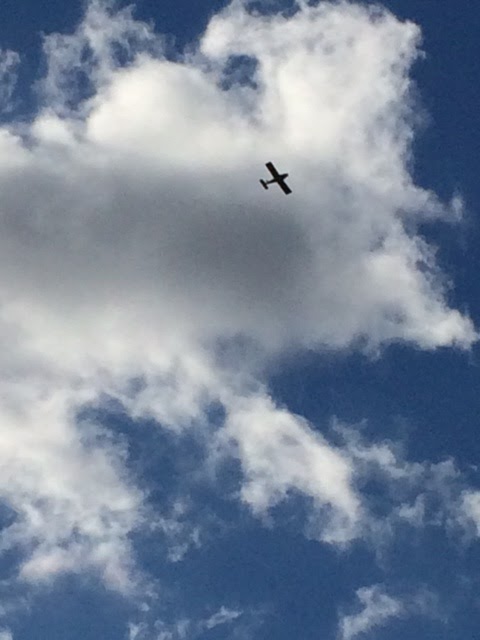 Bernie snapped this photo of the DOG Aviation RV-12 just after the crosswind turn.

Admittedly, I was taken a little by surprise at how fast the RV-12 seemingly leaped off the runway and began gaining altitude. I was expecting to be on the ground a little longer based on the RV-12 transition training taken in California. But then it occurred to me … that was with an instructor in the aircraft more than doubling my own weight and also in much hotter 95 degree air compared to the much denser 48 degree air currently at the airport. The takeaway for fellow RV-12 builders about to fly the bird for the first time …. everything will happen quicker than when you were in the RV-12 with an instructor receiving transition training. The RV-12 accelerates quicker, gets off the ground quicker and climbs quicker … it is impressive.
Return from the future: Below is a short video of the DOG Aviation RV-12's first test flight that Mike made with his cell phone.


I had no intentions of making the first flight long or even working on Van’s flight test cards. The sole goal for the first flight was to get the bird in the air and fly a loop or two around the airport and land for inspections. As it turns out, due to traffic, I was instructed to extend the downwind and wait for the tower to call my turn to base. This took me much farther from the field than I would have desired for the first flight…  but time wise, it probably almost worked out to making two tight loops around the runway, so when given the OK to make the turn to base, the decision was made to just land and taxi back to the hangar.


Unfortunately, there are no photos of the takeoff or landing which is unfortunate. (Mike did get a short video on his phone of me flying overhead which I’ll post when I receive it). Making an initial flight from a larger class C airport does not lend itself to on field photographic activities. One can’t just walk out to the edge of the runway with a camera in hand and snap away without dealing with airport security and a likely a very long conversation with TSA personnel.


The return to terra firma was nice and smooth along with being centered on the runway. Just the way you want the first test flight to terminate … uneventful. Although the time in the air was relatively short, I didn’t notice any control issues with the RV-12, but then again, I did not get it up to cruising speed either. Did notice right rudder was needed to prevent yaw, but knew that would be the case since the rudder has no trim tab yet. Notice the word yet … the DOG Aviation procurement department decided to order a sun shade and canopy cover through Van’s and along with the order, had Van’s include the trim tab for the RV-12. Unfortunately, the trim tab was not available when construction began on the rudder four years ago. 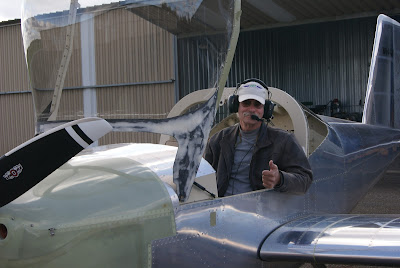 
After the above photo was taken, the RV-12 was rolled back into the hangar and the upper cowl was removed for inspection. My friend Bernie noticed a drip of an oily substance on the bottom cowl's aluminum heat shield under cylinder #1. I ran my hand under the valve cover gasket and got some dark oil on my fingers. The first thought was the valve cover gasket was leaking … but the darkness of the oil didn’t make sense. Upon further investigation with a mirror, the substance appeared to be coming from an exhaust stud that secures the flange for the exhaust pipe to the exhaust port on the cylinder. The oily substance is very dark, so there is no way its oil leaking from the engine. Our conclusions, it is likely a lubricant left over from the machining process or some type of anti-seize lubricant used during assembly. This assessment was made based upon further inspections of the other cylinders which revealed the same thing occurring but to a much lesser degree. Unfortunately, we cleaned it up before I thought of taking a photo for the blog. 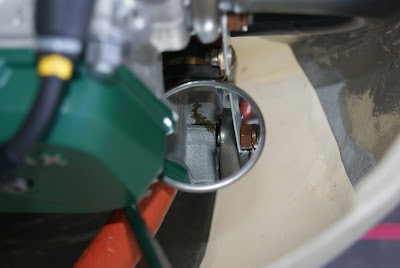 Return from the future: This is a photo taken using a mirror that shows the area around the #1 cylinder exhaust flange stud that the dark oily substance mentioned above was coming from. This photo was taken after a little over an hour of flight time. Now there is just a little streak of the dark oil … which seems to confirm to me the oil that was dripping after the first flight was likely from the machining or assembly process. The tipoff for me is that the oil is dark and dirty looking ... if it were actually engine oil, the oil would be clean looking like the oil in the oil tank.


The only actual possible leak found during the inspection was a small smear of oil on the bottom of the fitting for the oil line coming from the oil cooler where it attaches to the right side of the engine. Not sure if this was an actual leak or a smear of oil from when the oil line was installed … but just to be on the safe side, the fitting was made a few degrees tighter with a crows foot wrench. So this will be a location I will need to be keeping my eyes on during the next few flights.


Return from the future: After tightening the oil line fitting mentioned above a tad more, there is no longer any signs of leakage.
Posted by John at 8:09 AM