Canopy Latch Switch – One Step Forward – One Crunch Back

Today was one of those days at hangar 45 that didn’t work out as planned. The plan was to finish up installation of the micro switch for the canopy latch and complete the wiring for the switch so that item would be totally finished … shy of final adjustment after the canopy is installed. Work began by making up a 5" ground wire with a ring termination at one end and a spade termination at the micro switch end. The canopy switch wire that was previously run through the roll bar up to the instrument panel also received a spade termination so it can be attached to the normally open contact of the micro switch. 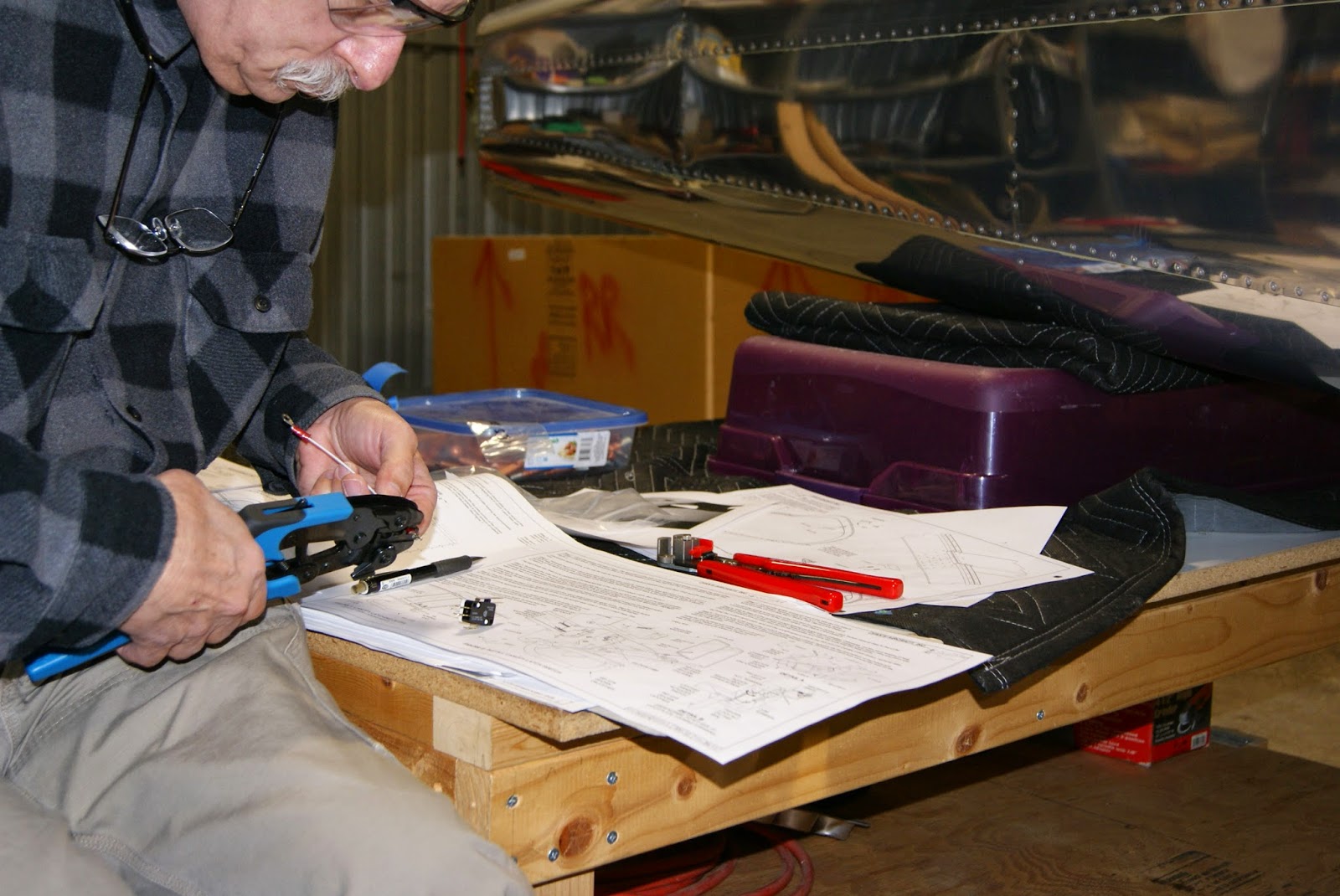 Crimping a spade termination onto the 5" wire which will become the ground wire for the micro switch. 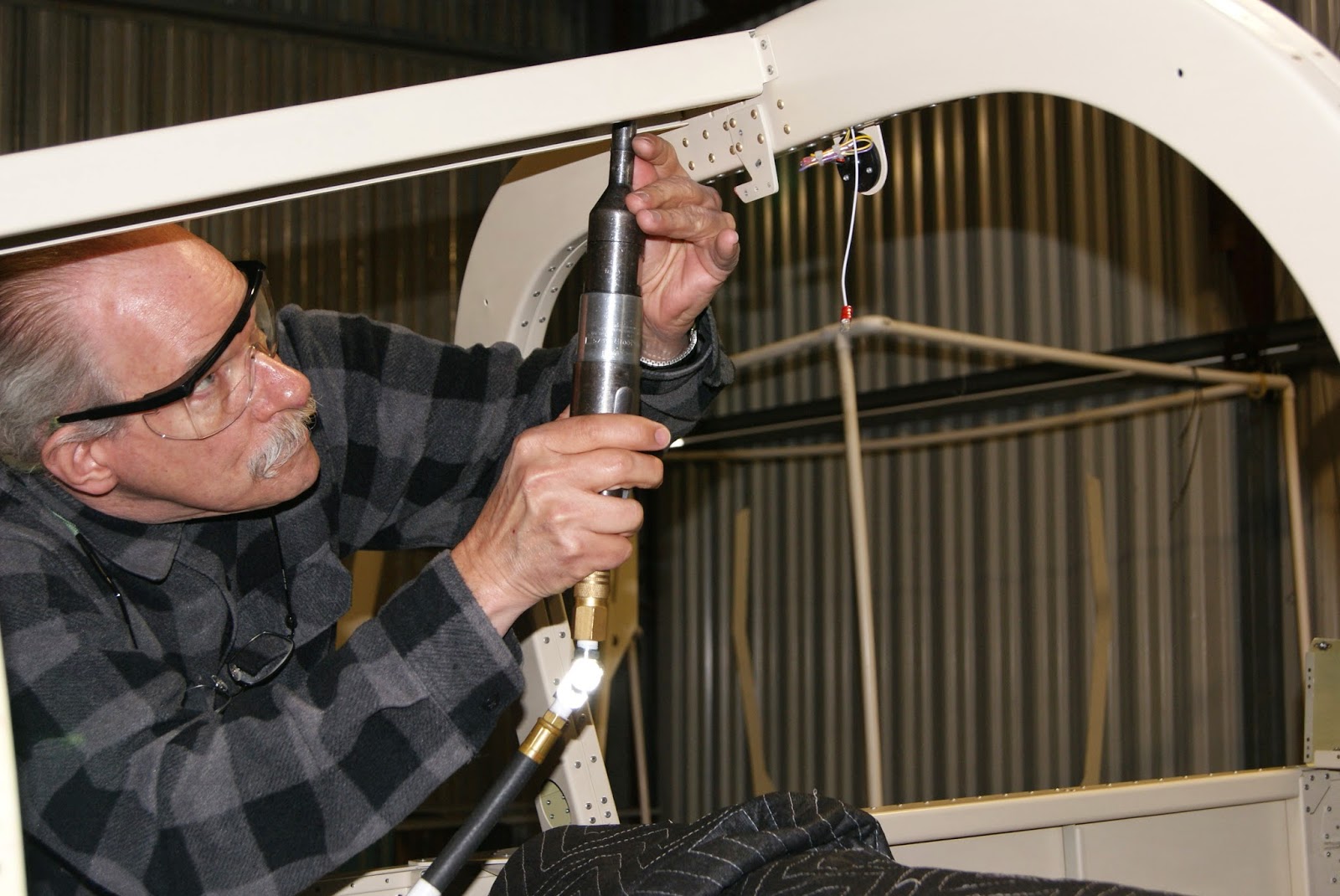 Drilling a lead hole through the F-1232A roll bar brace using the angle drill outfitted with a #50 drill bit. 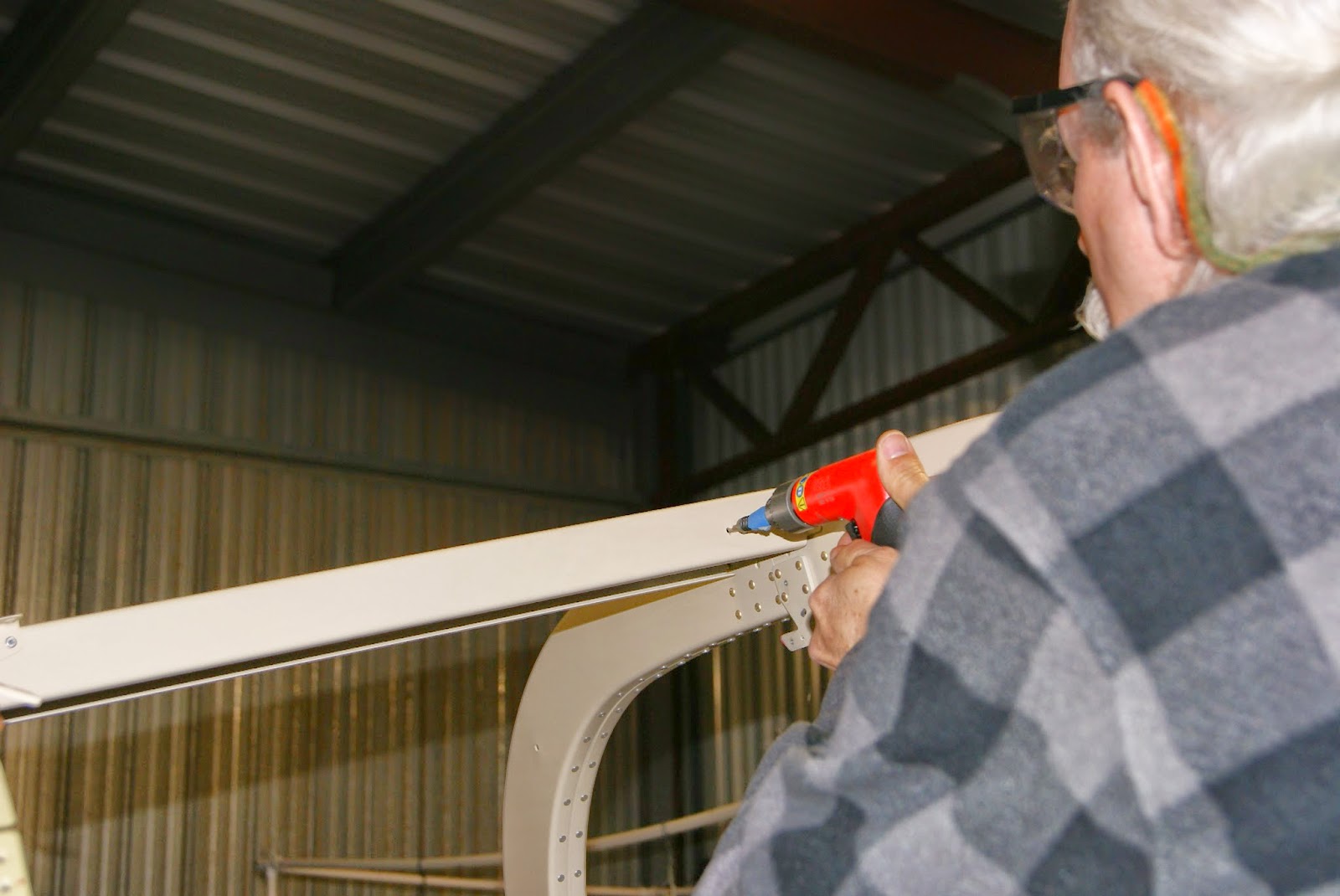 Before the micro-switch can be installed, the plans instruct the builder to cut off the roller assembly on the end of the micro switch’s arm. I used a ScotchBrite wheel to grind off the pin for the wheel and then ground off the remaining tangs. The micro switch is mounted via two screws and uses two small nuts under the body of the micro switch as spacers so the micro switch clears the heads of the rivets on the canopy latch plate allowing the switch's body to be pivoted for adjustment. 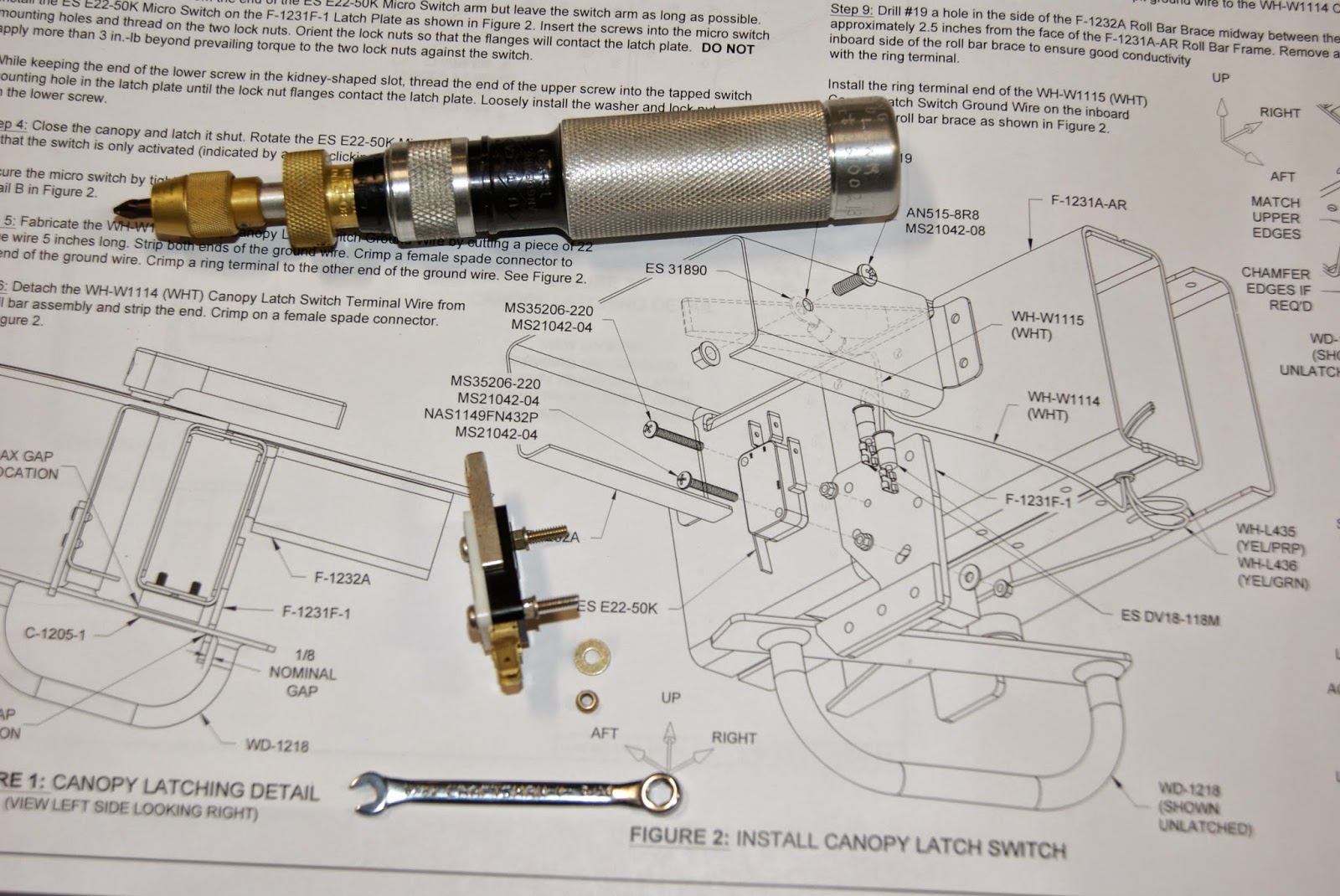 The canopy latch micro switch prepped and ready for instillation.

Here is where things went terribly wrong … As the micro switch was being screwed into position, it was noticed the bottom screw that goes through the slotted hole in the canopy latch plate was dragging just a little on the upper edge of the slot. The micro switch was removed and placed beside me on the longeron … a small file was rounded up and the inside of the slot was filed slightly larger so the switch could move freely. When stepping back to put the file away, I heard a gut wrenching CRUNCH about the same time I realized there was something under my shoe. Apparently, while filing the slot, my arm must have brushed the micro switch off the longeron and onto the hangar floor so when I stepped back, I stepped on it and completely broke one of the micro switch’s mounting holes. So a new micro switch is on order from Van’s  … fortunately, it is only around $6 so it was not an expensive mistake. 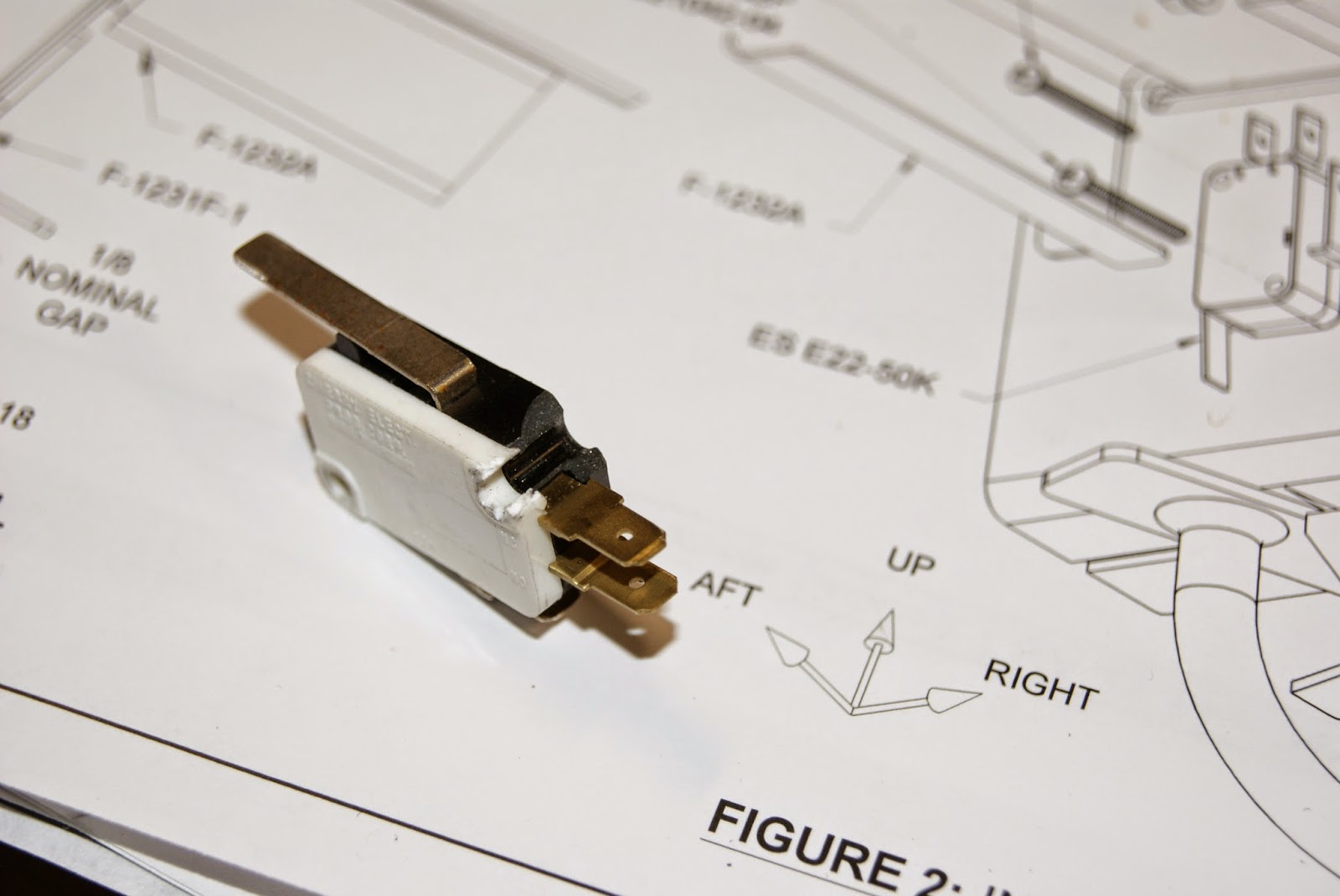 This micro switch did not pass the 200 foot pound test.

Disgusted with myself, decided it was best to call it a day.