Today the weather cooperated and temperatures were in the painting and curing epoxy range. Today was basically the first warm day of the year here … it may have gotten into the 60 degree range.

Of the two chores I wanted to accomplish today, one was disastrous and the other glorious. The painting of the miscellaneous firewall parts with white high temperature paint was a total disaster. The rattle can paint sucked! The white engine enamel I chose was the worst ever … well the paint itself may not be, but the spray can is to be sure. I tried to lightly spray two coats before spraying a third. The spray nozzles splattered and left heavy and light areas which ultimately contributed to many runs. Unfortunately, with this paint I can’t attempt to sand and repaint for 7 days. I’m thinking of letting all the air out of the can and pouring the paint into an airbrush and having another go at it after much sanding. Another option (and likely better) is to throw in the towel and get the parts powder coated. No photos were taken to protect the guilty but it is ugly … very ugly. 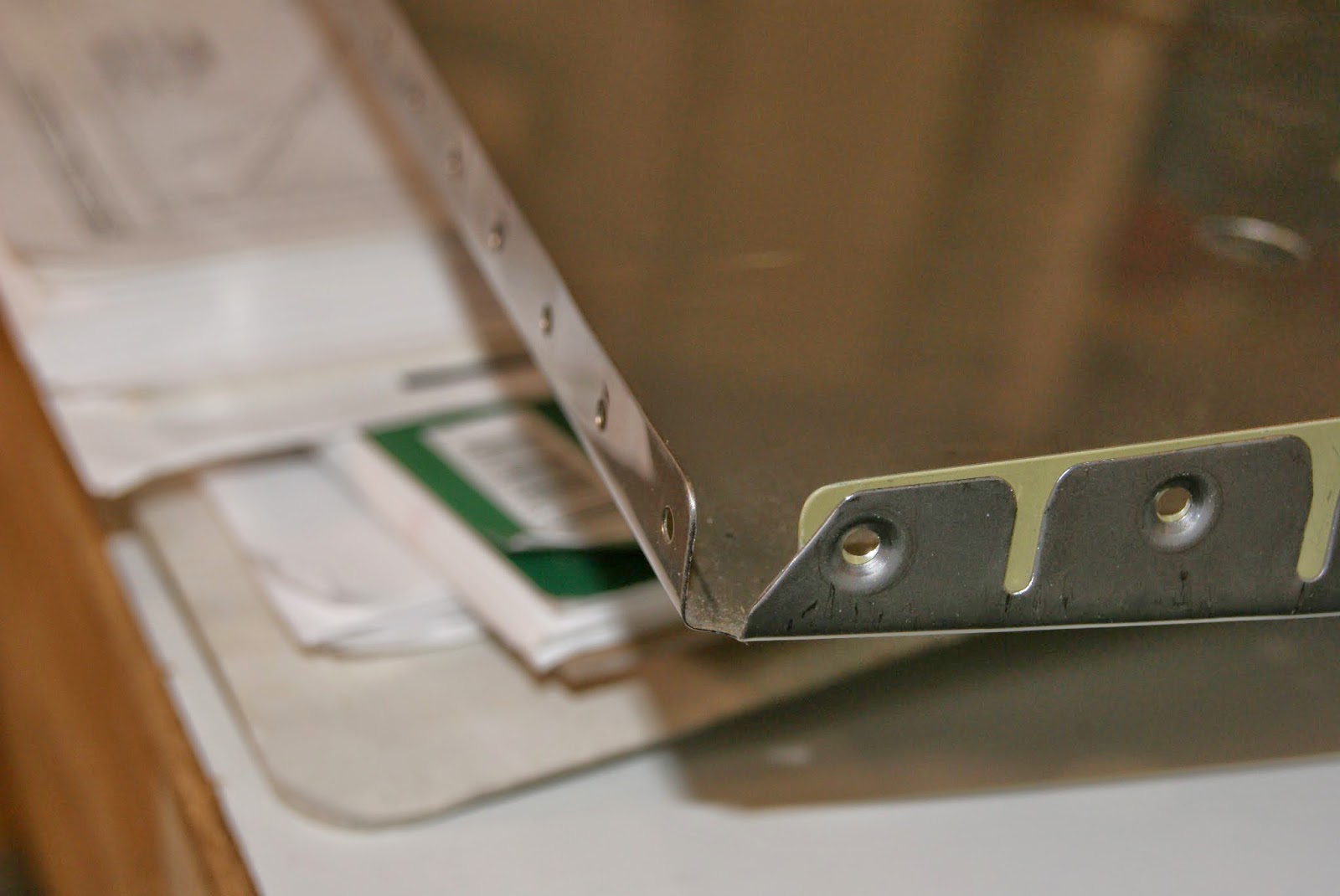 Edge of the F-1201P spacer extends a little beyond the 45 degree mating edge. 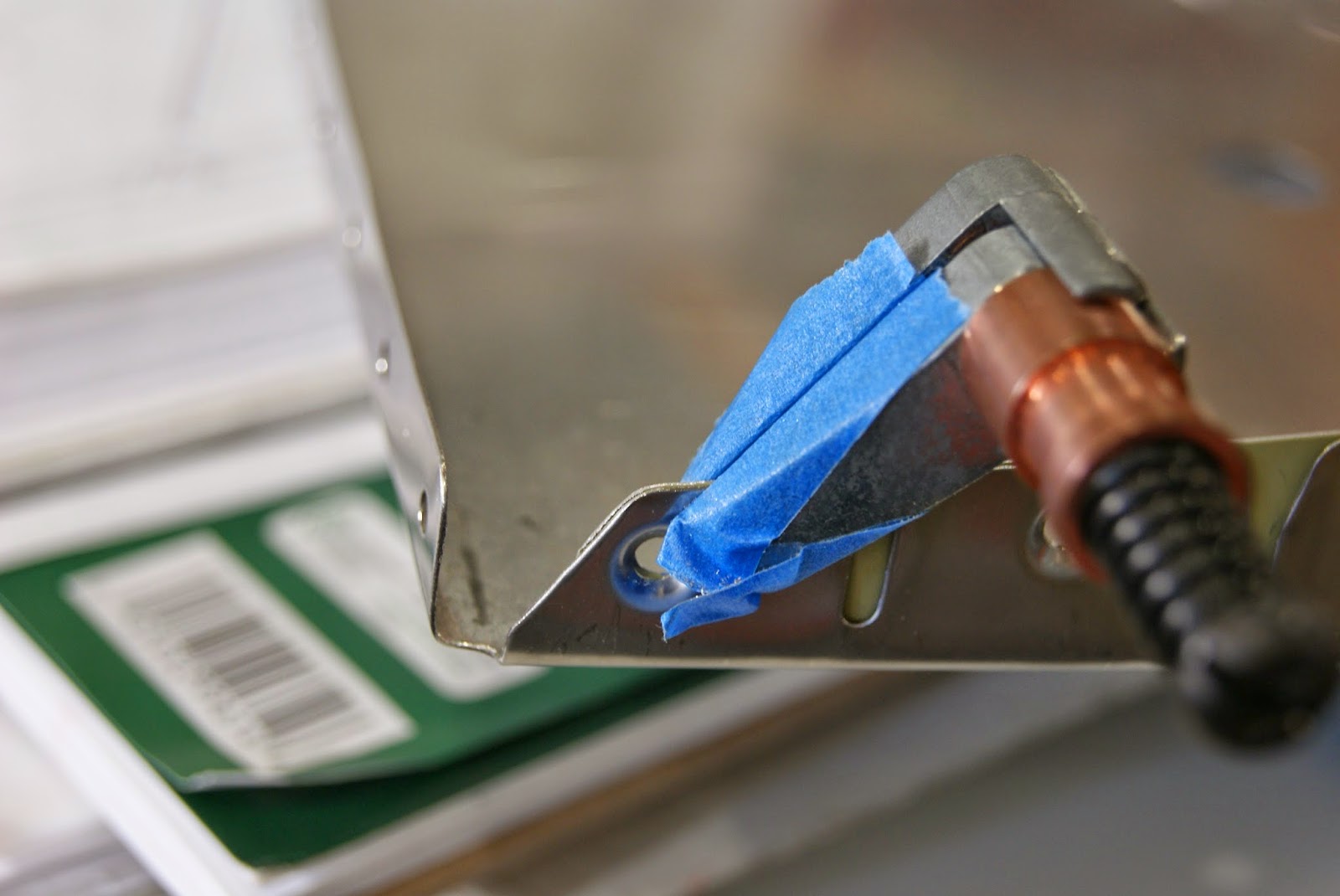 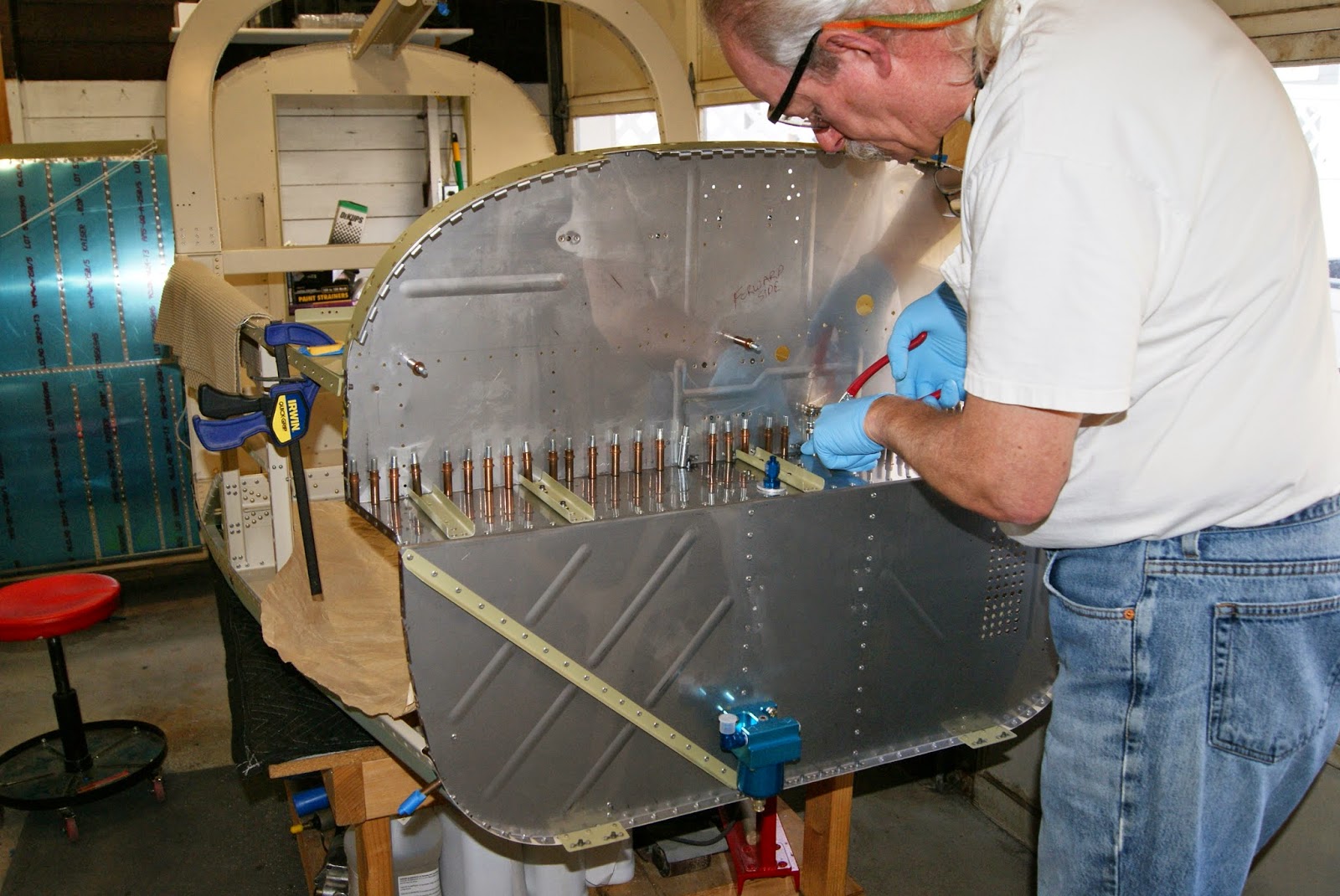 Clecoing the second of two nutplates in position. Finally ready to begin riveting the assembly. 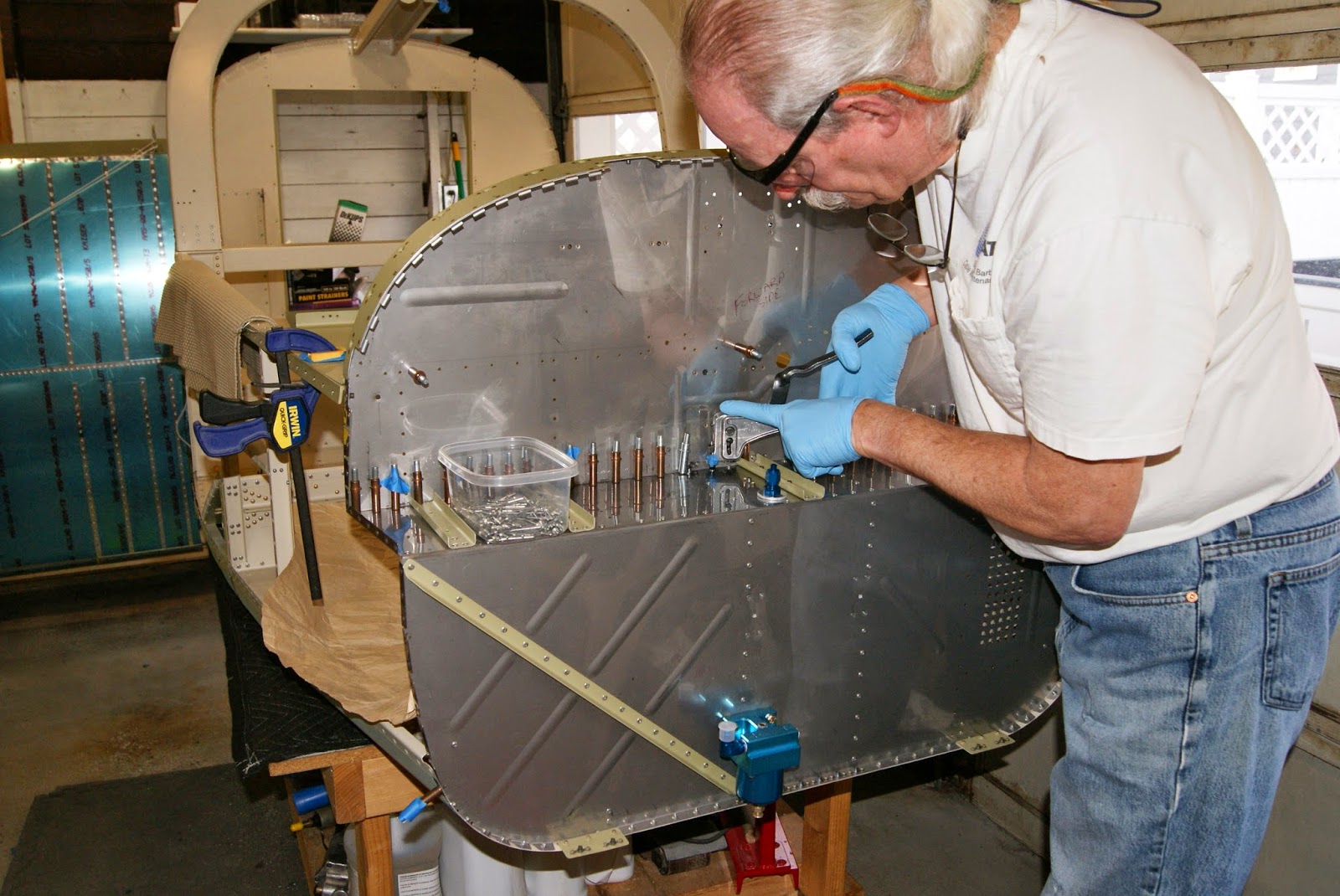 Securing the F-1201A upper firewall assembly onto the firewall shelf by riveting the parts together from the center outward. 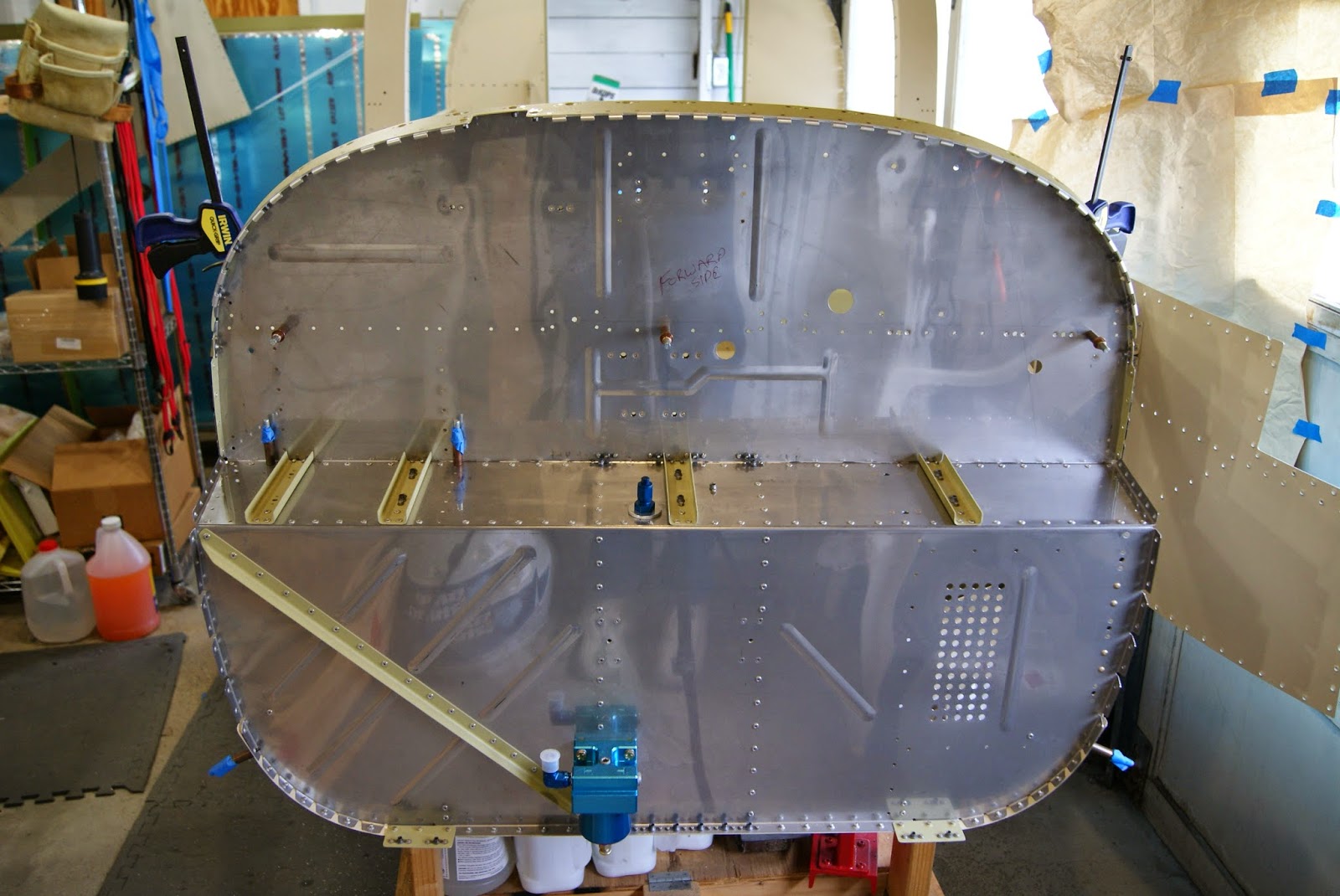 F-1201A upper firewall assembly riveted onto firewall shelf. Note the two Clecos with blue tape … these holes are to be left unriveted for now.

I’m glad the side skins were not riveted in place yet because there are a few rivets which are riveted from below the F-1201A assembly … it was an easy matter to set those rivets by reaching in from the sides. Had the side skins been on at this point, the rivets that are installed from below would have been much more challenging to get at.
Posted by John at 8:38 PM