Have been away from the RV-12 project because … right after completing the inventory of the RV-12 finishing kit and getting all the small hardware stowed away into parts trays, I ended up falling on the basement stairs and really tweaked my ankle big time plus rang my chimes real good as I whacked my head into a brick wall. Nope, it didn’t knock any sense into me … but it did leave me with a sprained swollen ankle that I am just now starting to walk on again without looking like from the old TV western show Gunsmoke.

The missing screws and nuts I mentioned in my previous post have already been received from Van’s … great customer support! Also previously mentioned, there may be an issue with the front landing gear having a warped mounting plate. Yesterday, Mike and I made the trek to the airport to photograph the landing gear in question. Will find out from Van’s support if it is a big deal or not … I suspect it will get replaced but need photos to show Van’s.

In addition to the camera, I brought along a metal straight edge and a ruler … all of which helped determine the mounting plate for the RV-12’s nose wheel landing gear is indeed warped downward. Mike took photos as I held the metal straight edge across the mounting plate that will ultimately bolt onto the bottom of the fuselage. The warpage measures approximately 1/8" in the downward direction. Guessing this is likely a result of the welding process. It is warped a little less than a 1/8" where the front mounting bolts go … but because of a weldment on the gear being in the way, it is difficult to measure the warpage at that location. The bottom of the fuselage where the mounting plate attaches is flat, so any attempts to tighten the bolts will cause a deformation of either the gear mounting plate (steel so not likely)  or the aluminum fuselage (more likely) causing stress risers … not good. Below are a couple of photos of the issue. 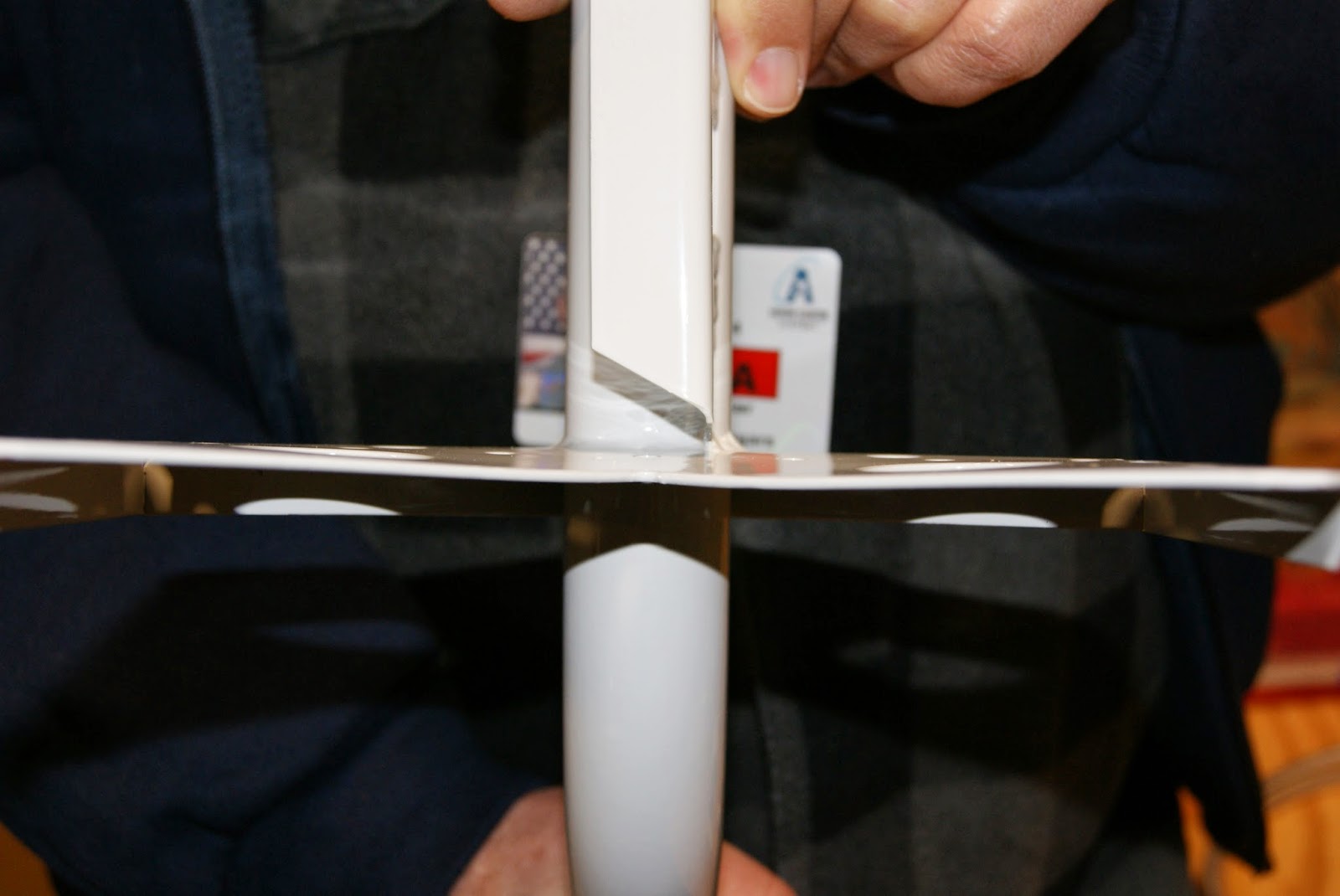 Just looking at the mounting plate from straight on one can easily see the warpage in question. 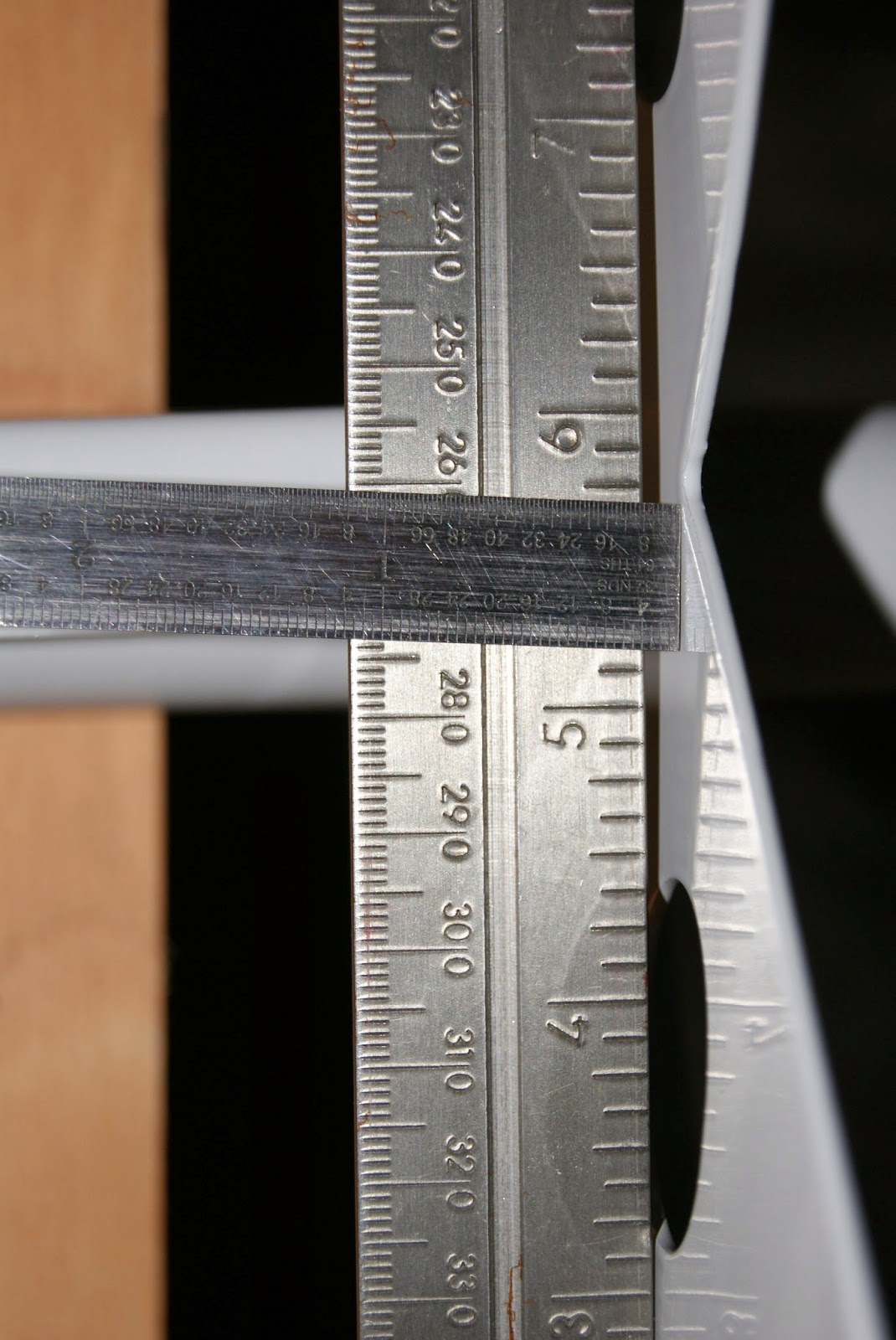 Using a straight edge and ruler the warp measures a hare over 1/8" at the aft edge. 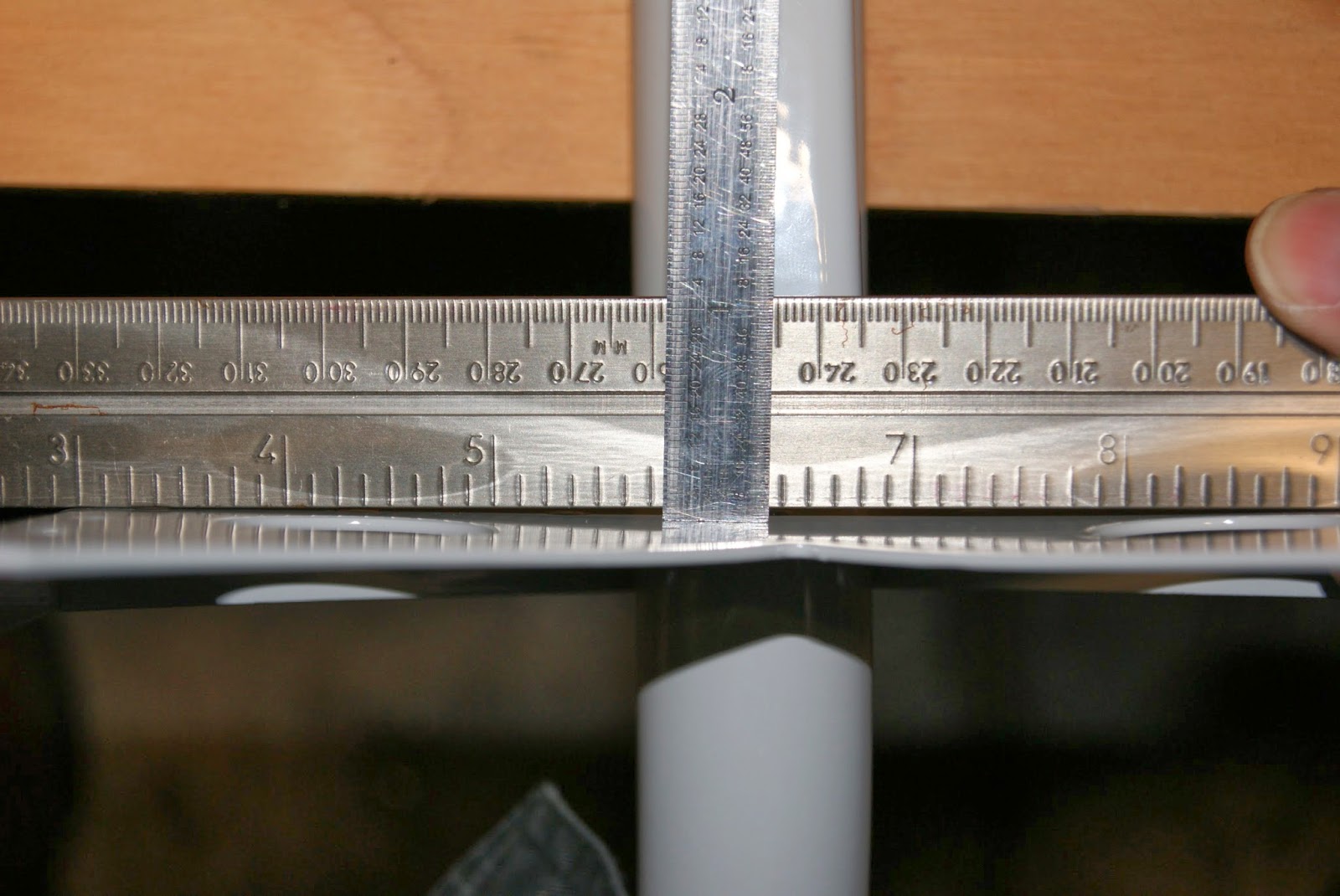 Closer in towards the mounting screw holes the warpage measures slightly less.

Will send off these photos this weekend to Van’s support to see what they have to say about the issue. The warpage looks excessive to me … so guessing they will replace the unit but will have to wait until next week to find out the verdict.

Back from the future:
The photos that were taken of the front landing gear’s fuselage mounting plate were forwarded over the weekend to Van’s for inspection. Monday I received a call from at Van’s wanting to know how much warpage was there at the forward mounting holes. said the maximum allowable limit was approximately 1/16" but all my photos were taken aft of the mounting holes so he wanted me to make a measurement at the mounting holes.

So today went up to the hangar and laid the straight edge across the mounting holes and took another measurement which yielded approximately 1/32" of warpage which is well within the acceptable limits Van’s stated. 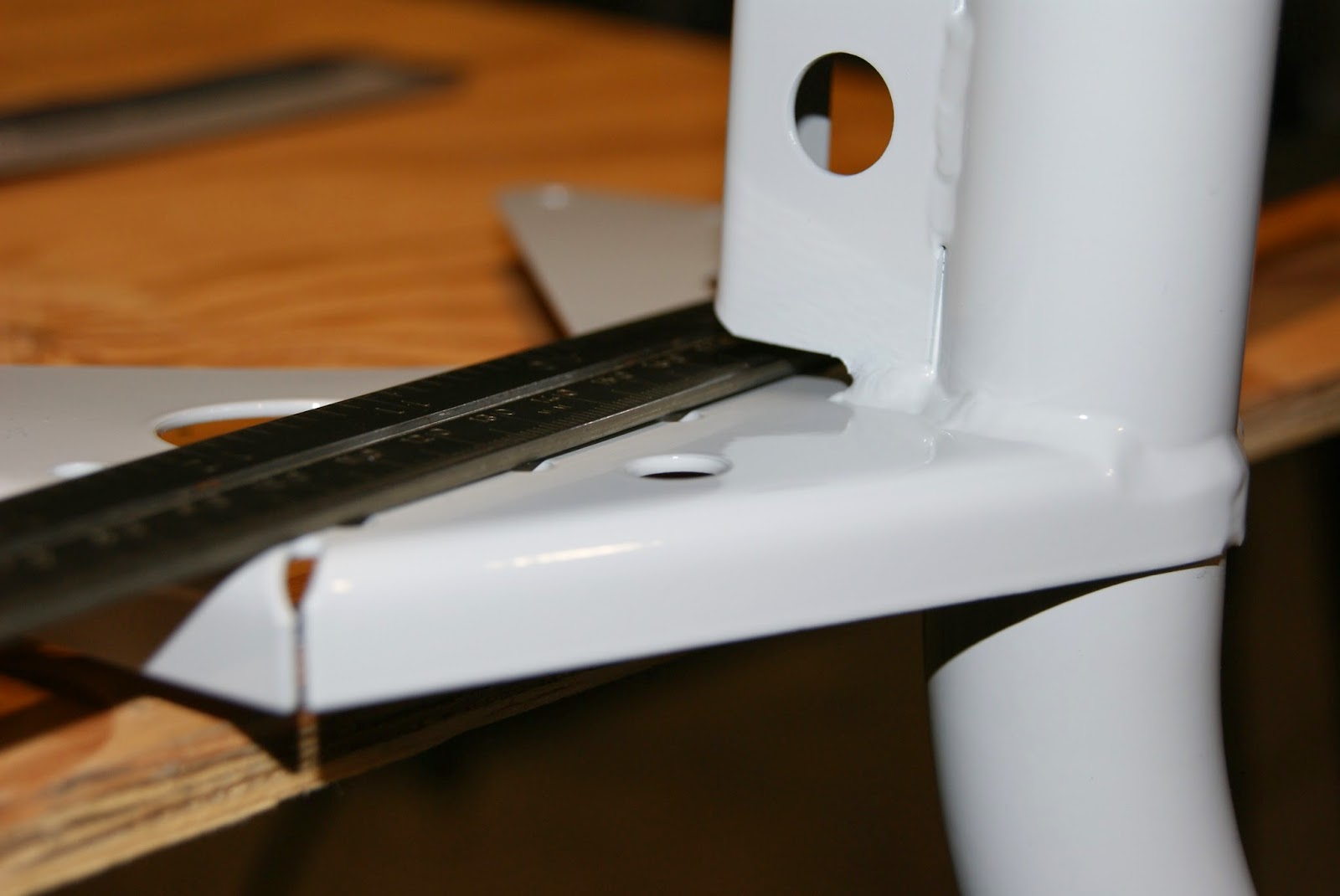 A straight edge was laid across the forward mounting holes on the WD-1201 front landing gear’s mounting plate so the warpage could be measured. 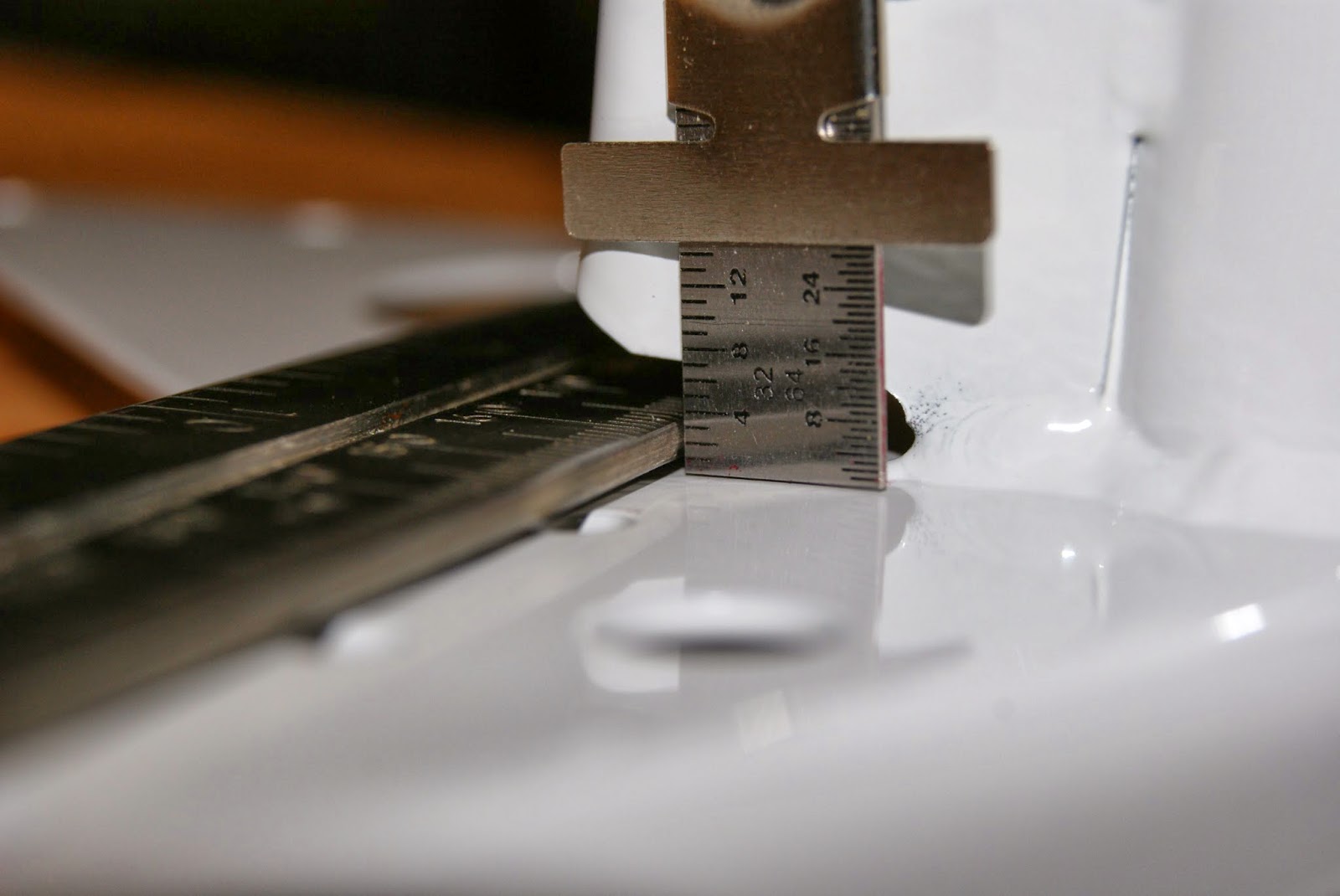 The warp measures approximately 1/32" which Van’s feels is well within the acceptable tolerance.

Sterling explained to me that after the welds are made, the whole assembly is then run through a heat treating process which often induces some warpage in addition to the warpage created by the welding process. However, this additional warpage is mostly generalized in the area aft of the mounting holes between the two lightening holes (as is mine) … apparently the two lightening holes in this area of the plate contribute greatly to the warpage. The main thing all is well with my WD-1201 assembly as it is.
Posted by John at 8:33 AM