Taking advantage of the recent heat wave, DOG Aviation was able to enlist the help of Mike & Mike to transport the RV-12's finishing kit to the hangar at the airport so it can be opened and the long postponed inventory completed. The original plan last fall was to have the RV-12 project moved to the hangar long before now … however this winter was relentless, so that just did not happen. Of course, keeping true to form our current heat wave is short lived … this winter just won’t go away, yet another snow storm is forecasted to start late tonight. Will it ever end????

The 300 pound finishing kit crate was easily moved to the airport by placing it on furniture moving dollies and using 2” straps to secure the dollies onto the bottom of the crate. With the help of Mike & Mike, the crate was rolled up onto a tilting snowmobile trailer. 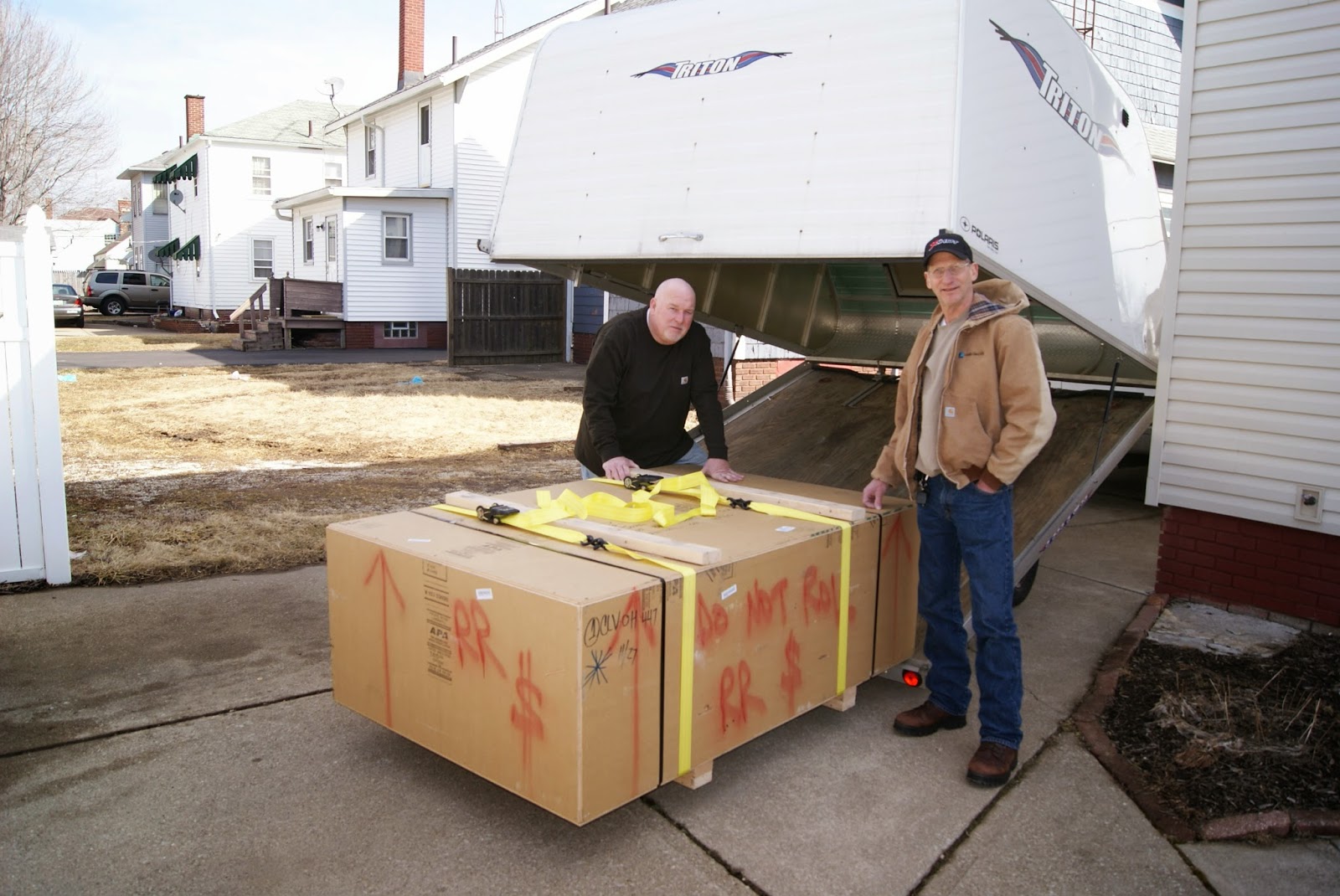 With the help of Mike & Mike, the RV-12 finishing kit is about to be rolled into the trailer and leave the DOG Aviation production facility to make the short journey to hangar 45 at the airport. 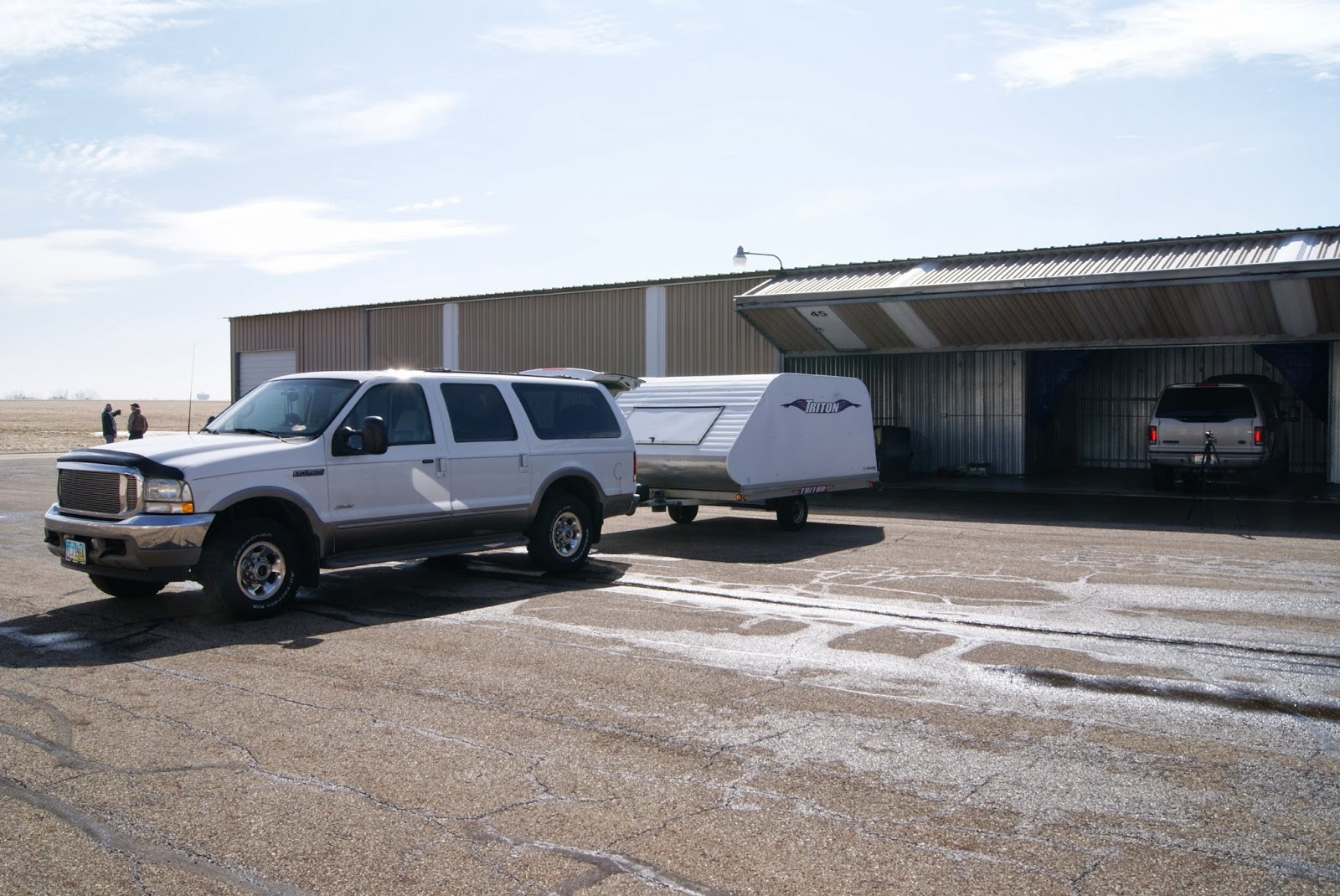 The RV-12’s finishing kit arrives at hangar 45 … the first of what will likely be a slow but steady migration of parts and tools to the hangar. In the background I’m pointing out the control tower to the non-pilot Mike.

About two seconds after the photo below was taken, I almost ran myself over with the 300 pound crate. I was gently stepping on the back of the trailer when much to my surprise, it dropped far quicker than I was expecting and the crate began rolling towards me. Fortunately, a wheel on the dolly got caught on one of the ridges on the trailer which kept the crate from nearly running me over. 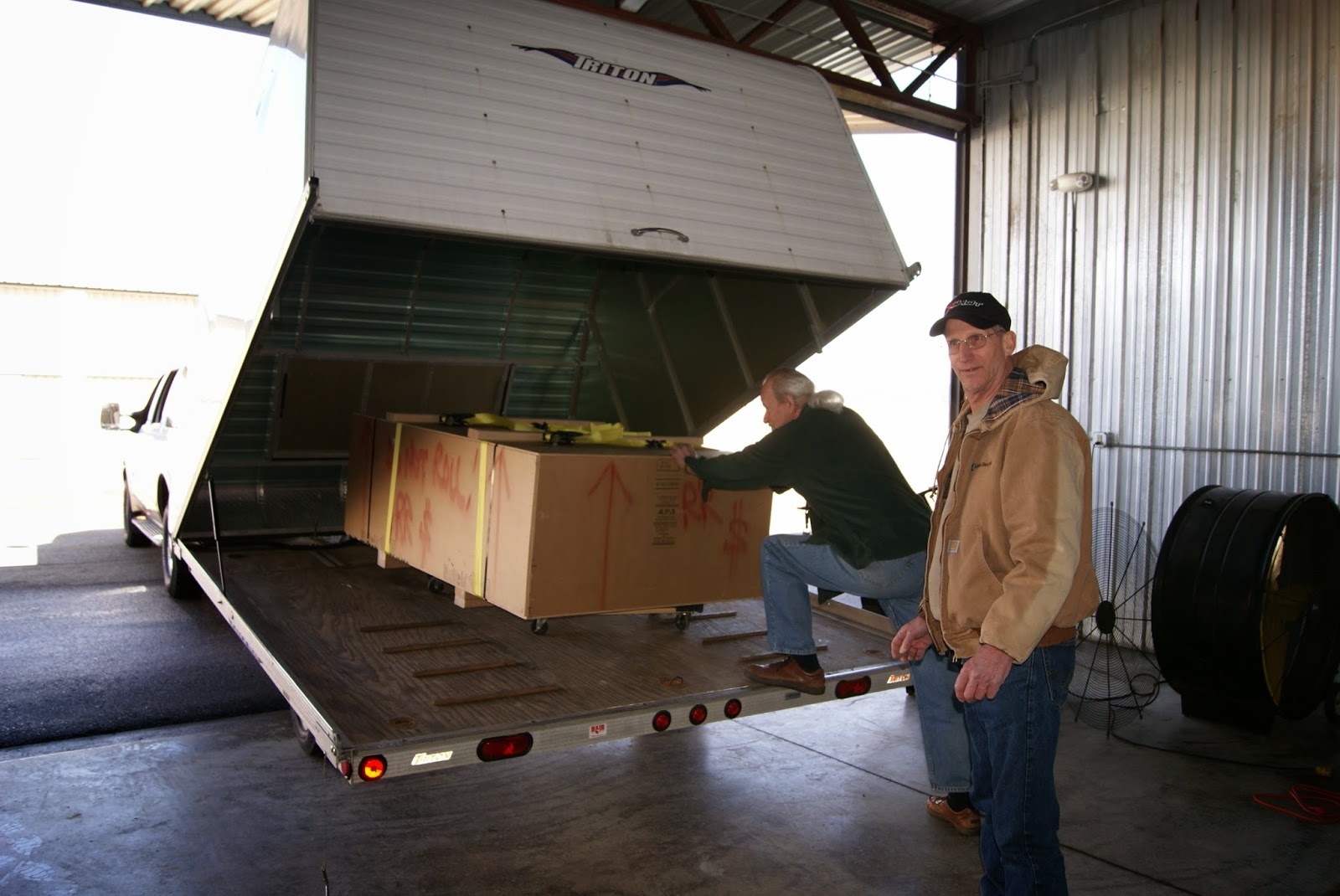 The RV-12’s finishing kit eager to roll out of captivity and into its new home at hangar 45.

This marks the beginning of what will likely be many short trips to the airport in the coming months to transfer the RV-12’s completed components along with work benches, tools and supplies as DOG Aviation slowly migrates to its new home at hangar 45.
Posted by John at 8:15 PM