Had a good work session in the shop today and finally got a little accomplished without getting too cold. The previously cut F-1201J and F-1201K cowl hinges were clamped onto the F-1201H upper fuselage doubler and match drilled. 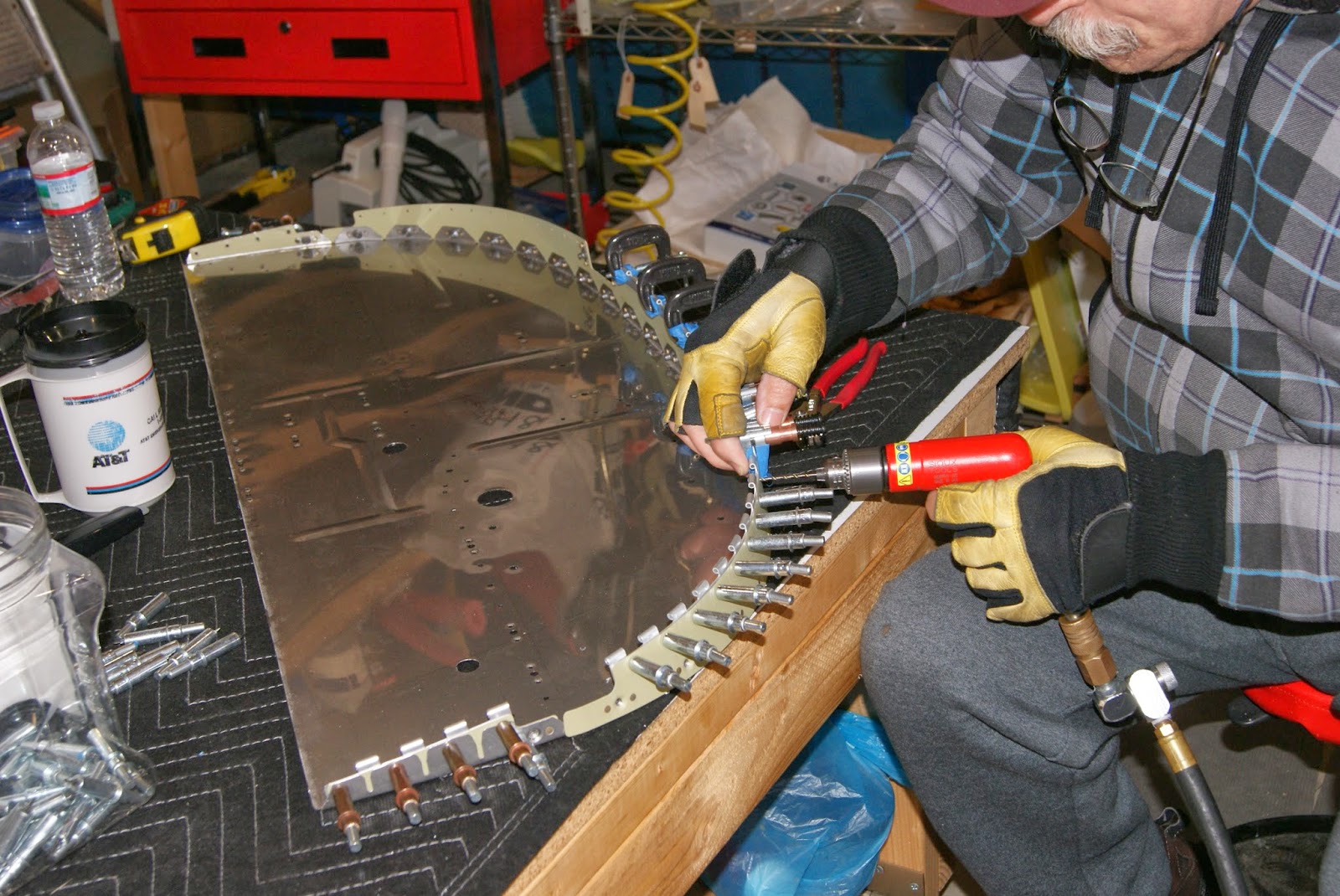 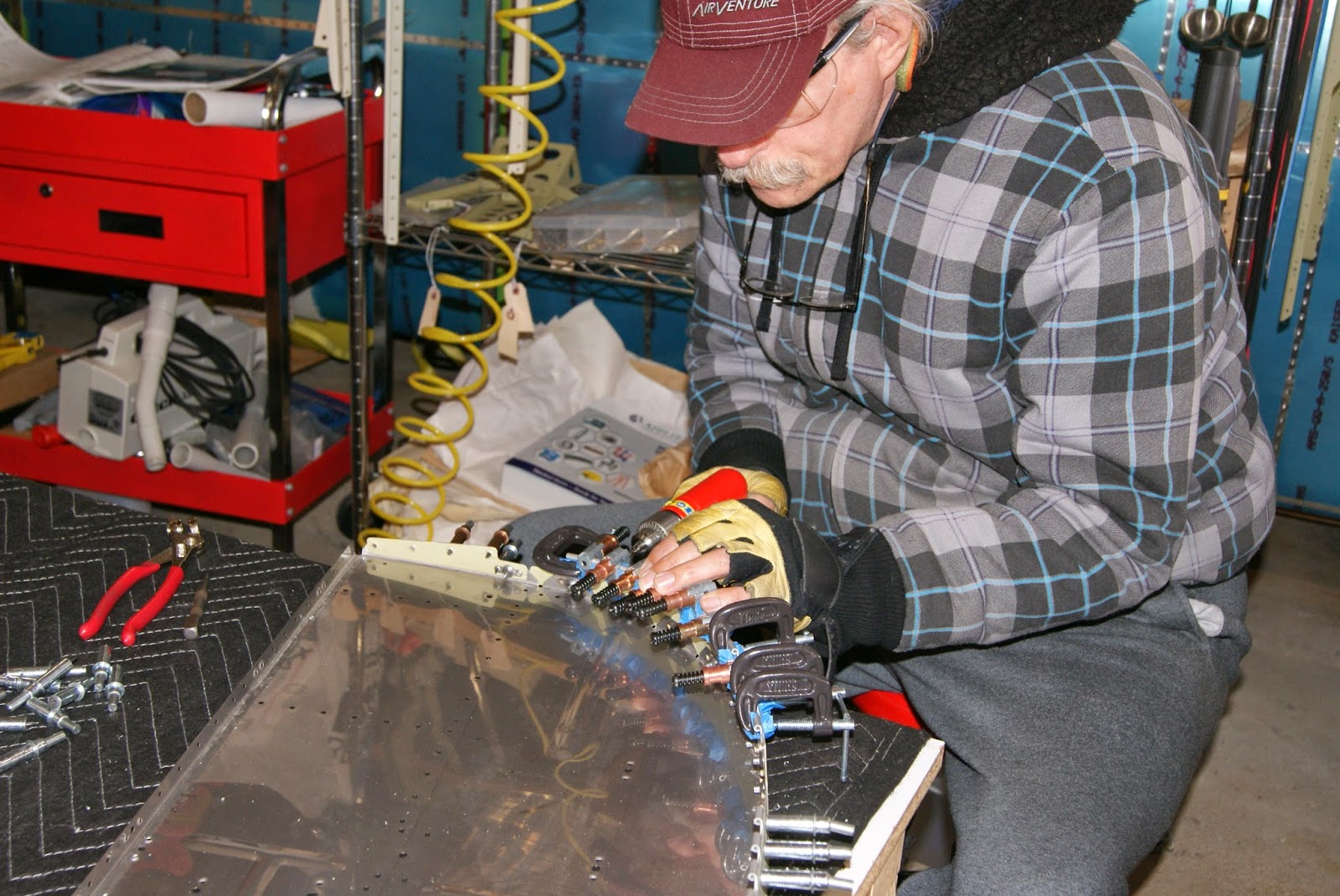 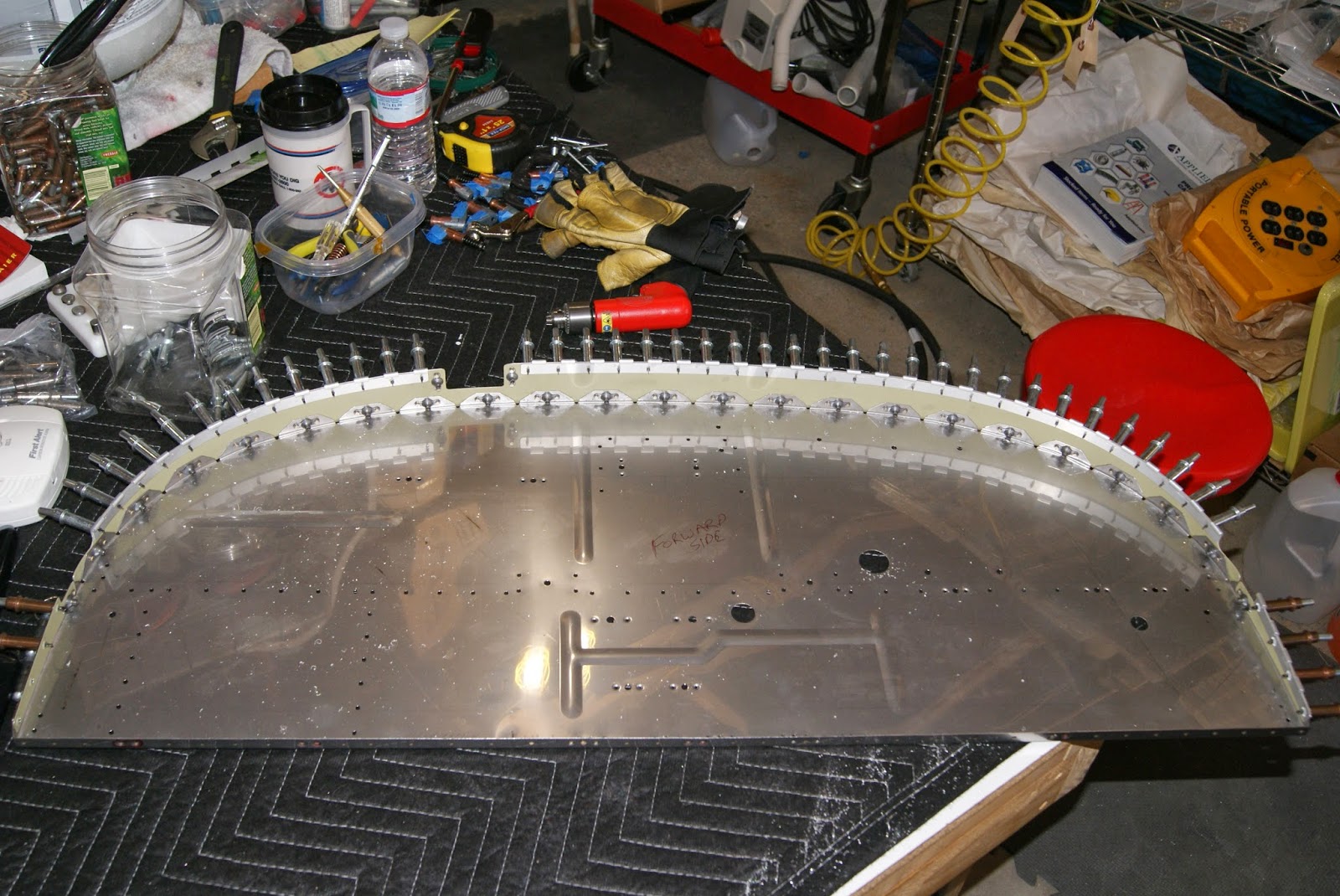 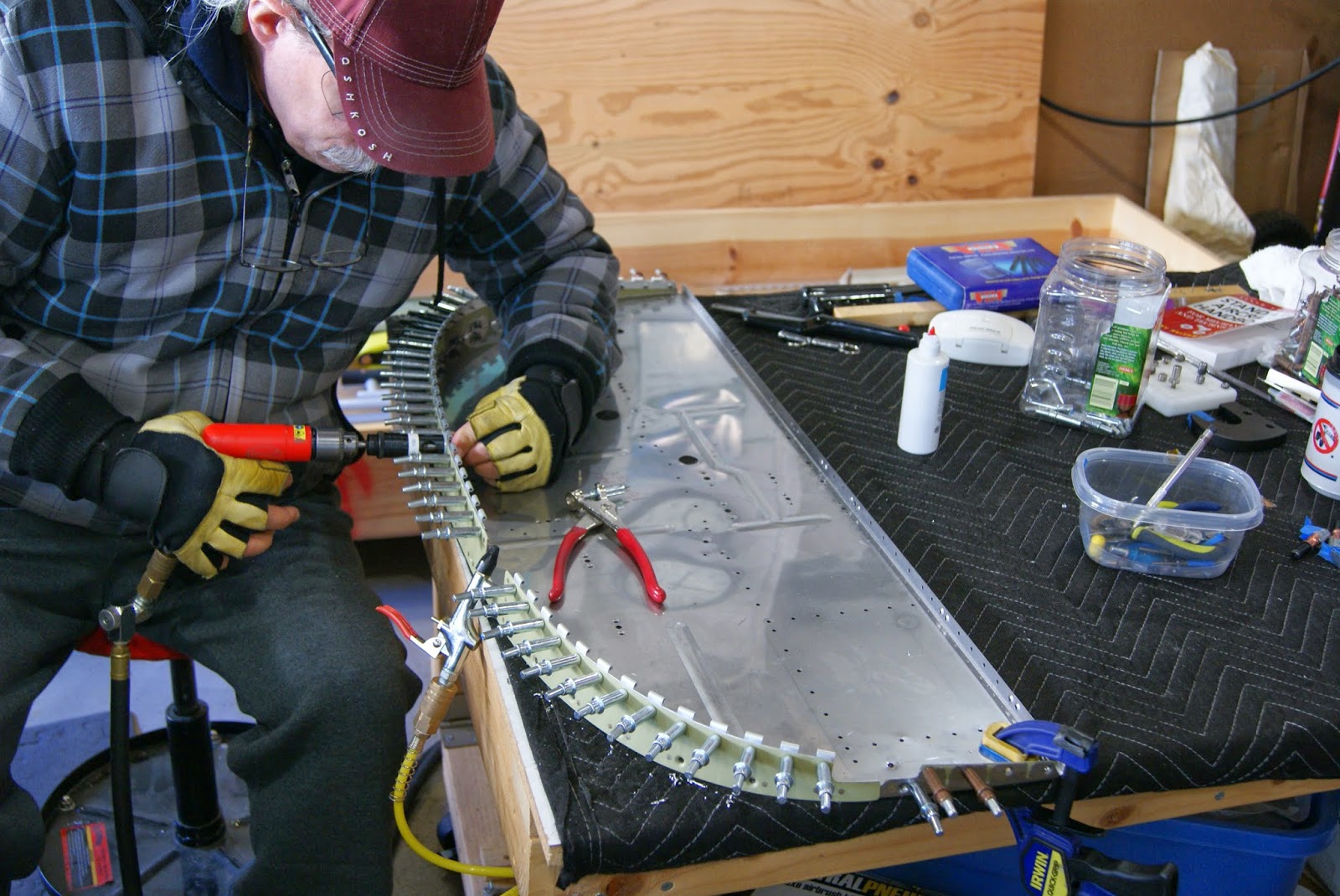 After all the rivet holes in the F-1201H upper fuselage doubler were countersunk, the parts were disassembled and deburred then reassembled for riveting using AN426AD3-3.5 rivets. 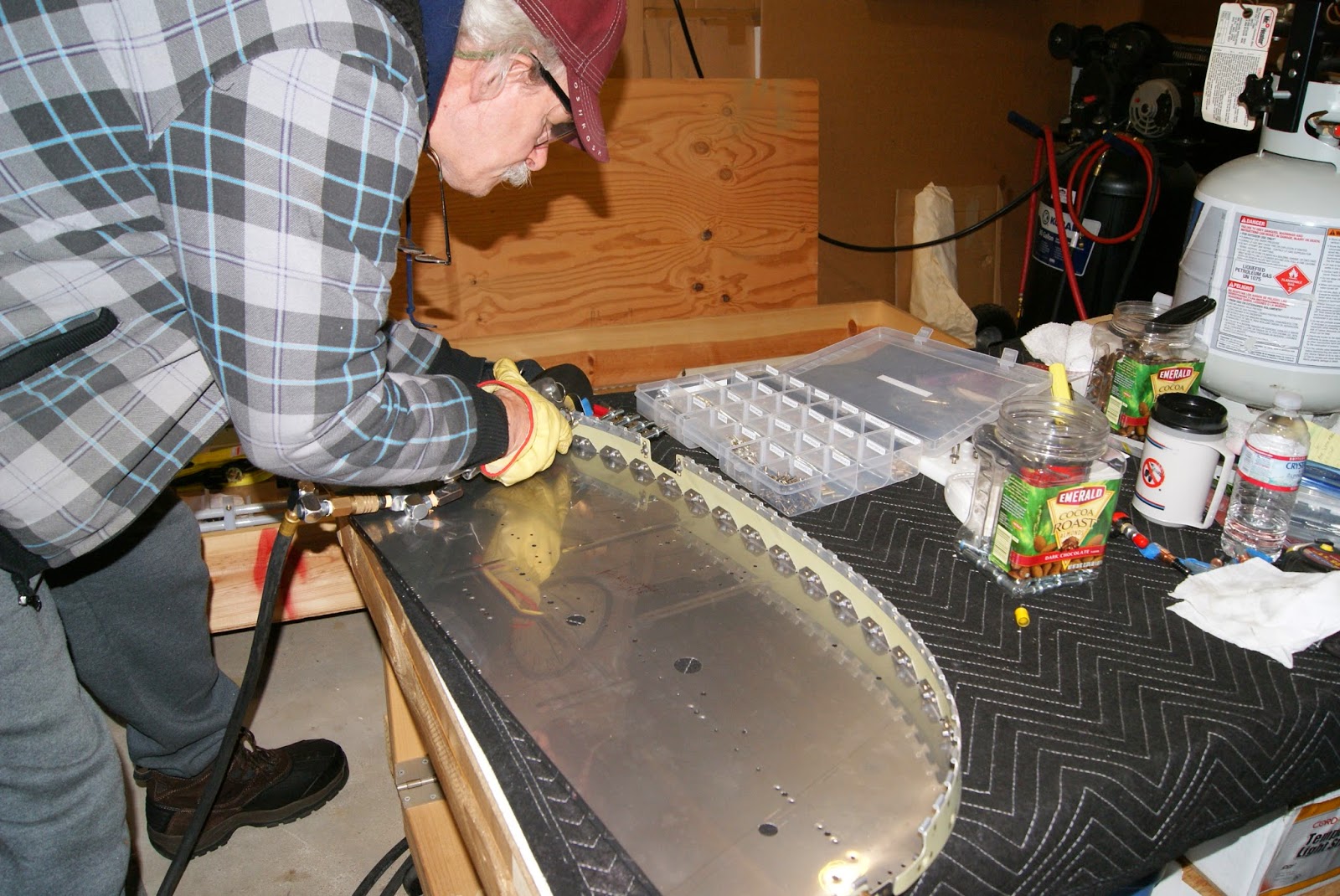 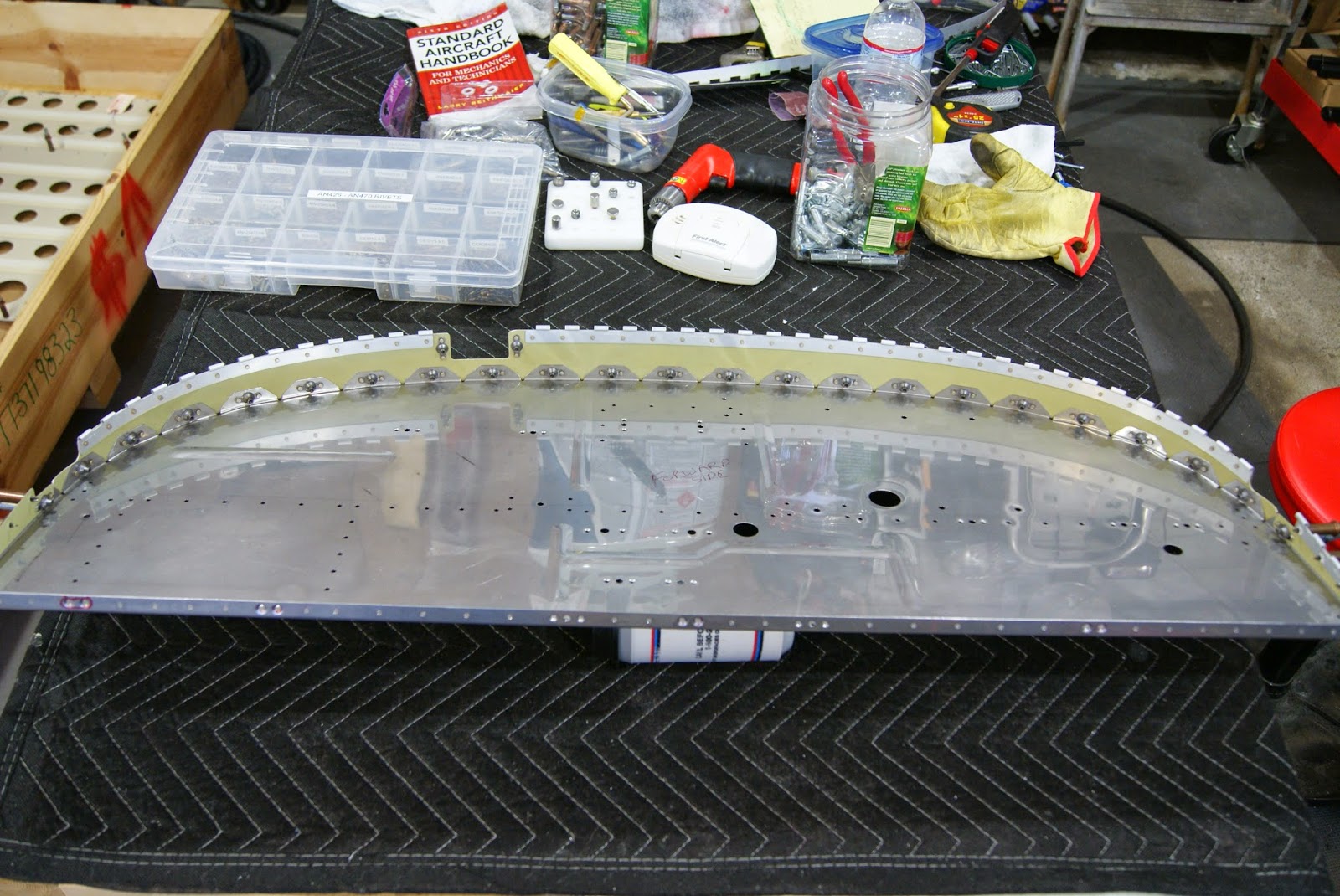