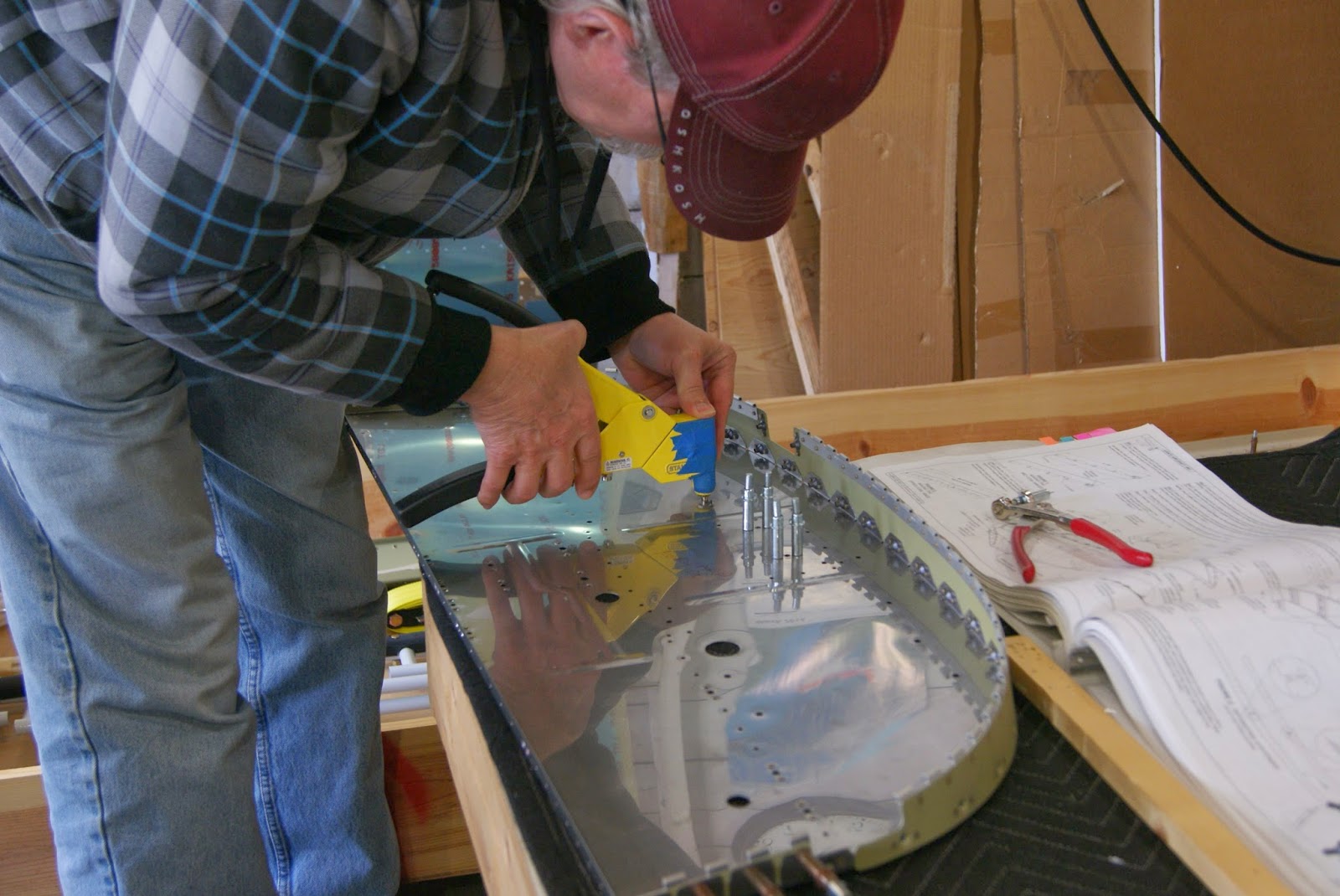 Completing the instillation of nutplates onto the F-1201A upper firewall assembly with CCR-26SS-3-2 pop rivets.

I’m not really thrilled with the CCR-264SS-3-2 pop rivets used to install the nutplates. If I had it to do over again, since I’m building E-AB and not E-LSA, I would have back riveted the nutplates using AN426AD3-3.5 solid rivets with a rivet gun. However, with the F-1201H upper forward fuselage doubler installed, it made it too difficult to attempt it at this point in time because the upper fuselage doubler is curved and prevents the firewall from sitting square on the back riveting plate. But if you are building E-AB and inclined as I am to rivet as many nutplates as possible with solid rivets, consider riveting the nutplates which use the funky CCR-264SS-3-2 pop rivets in place prior to riveting the F-1201H doubler in place on the F-1201A upper firewall.

Basically, the F-1201A assembly is now ready to mount onto the fuselage … however, Van’s wants the flange on the F-1201A upper firewall to be sealed with ProSseal or firewall sealant along with sealing a couple of tooling holes in the firewall … but I have stopped going further because of the weather. The ProSeal is an epoxy product and should be allowed to cure in non-freezing temperatures. However, winter still has a solid grip on northeastern … temps are still in the 20’s and it is snowing as I type. Fortunately, the temps are forecasted to begin rising at the end of the week, so hopefully it will be warm enough in the shop for properly curing the ProSeal.

I also want to do a little painting of some parts that will be riveted onto the firewall. There is an antenna shelf that needs to be riveted onto the firewall along with the battery box parts and two oil tank brackets  ... all of which I would prefer painting prior to assembly.  All the parts were primed last fall, but I’ve decided since they will be in the engine compartment, I want to paint them with a high temperature enamel. Feel a good enamel paint will be easier to keep clean so have decided on using VHT gloss white engine enamel which has a 550 degree temperature rating once baked in an oven at 200 degrees for 20 minutes.

While waiting for the weather to cooperate, decided to move forward and begin prepping for the instillation of the finishing kit’s wiring harness by installing a required cushion clamp on the top of the fuel flow sensor per the plans. 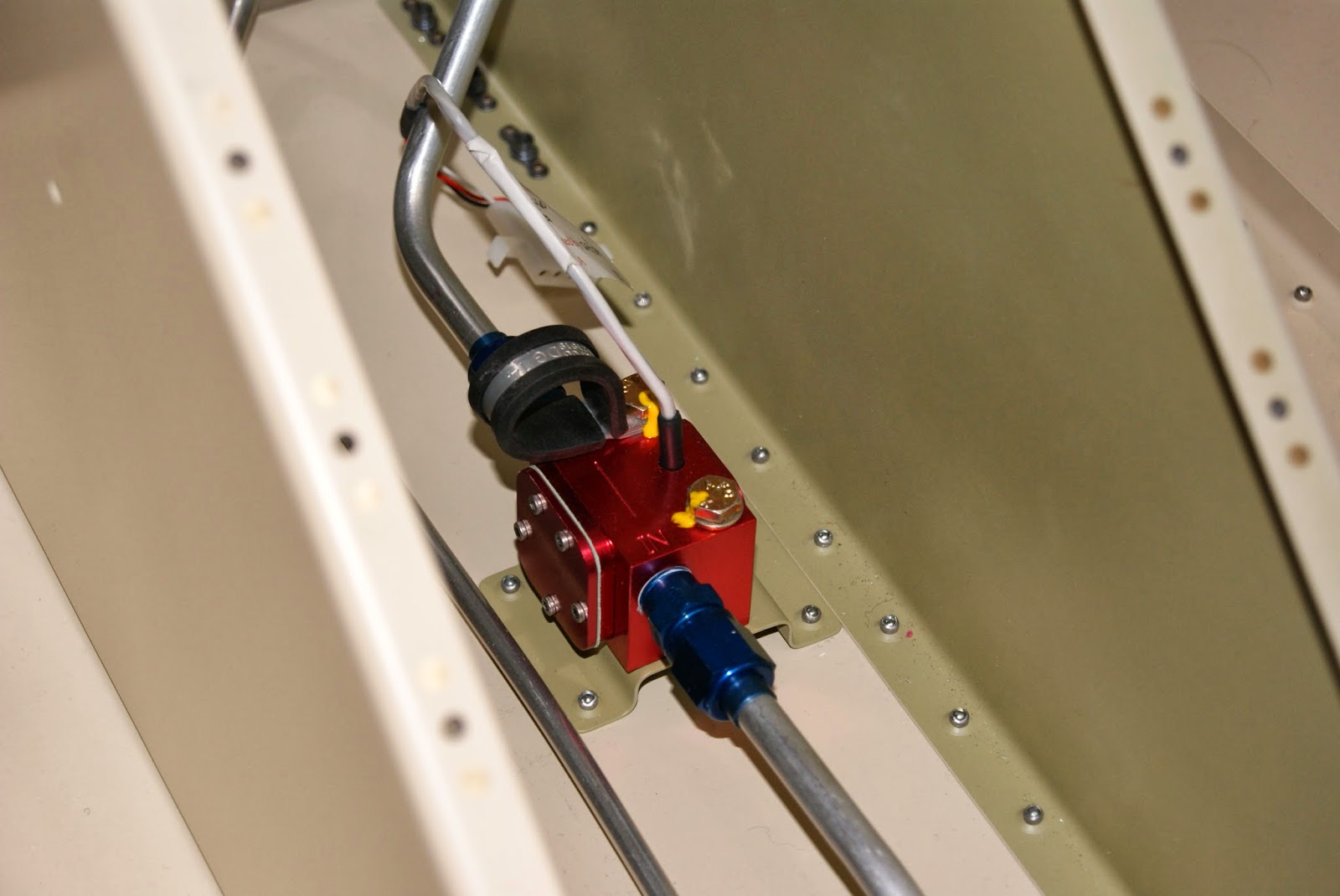 Cushion clamp for the wiring run installed on top of the fuel flow sensor using the forward bolt.

Would to suggest fellow builders consider installing this cushion clamp as I have prior to installing the F-1201A upper firewall. It was fairly easy leaning over the front of the fuselage to install the cushion clamp on the fuel flow sensor. Having the F-1201A upper firewall installed would have made this chore much tougher in my opinion. Tomorrow, while waiting for the warmer weather, plan on pulling in some of the wiring.