It has been a while since the last post but some progress has been on the RV-12 in spite of taking time away from the project to satisfy the annual obligation of funding irresponsible spending at the Federal and to a much lesser degree, State levels before April 15th.

Decided to order a 0-30 psi pressure gauge to try locating the leak(s) using more pressure. Trying to find a leak using between 1 to 2 pounds of pressure was just not working well … plus the soapy water rolled off the fittings after being sprayed on so by the time the bubbles created by spraying dissipated, the solution had as well. While installing the new pressure gauge, the test fixture was completely disassembled and reassembled using a pipe thread sealant as opposed to Teflon tape. I think this solved part of the problem but there was still a pressure drop during a subsequent overnight pressure test.

The terminating cap and loop fittings were then torqued to the proper tightness which made them quite a bit tighter than they were. All of this made an improvement. The lines were pumped up to 12 psi, which is basically twice the pressure the fuel pump will produce on a good day, and there was still a tiny leak.  By moving the fuel valve to the off position after the system was pressurized, the gauge did not show any pressure drop in an overnight test which implied the remaining leak was aft of the fuel valve.

Next, a tire leak solution was obtained from a local tire shop … but after mixing it with water as directed, the solution (much the same as my soapy mix) was just too thin to stick on the fittings long enough to find the source of the tiny leak. Finally, a trip was made to the plumbing section of the local big box store and a bottle of leak detection solution was procured. It appears to be a little thicker and has a slimy feel to it … so guessing it has glycerin in to allow it to stick to fittings better. Plus, there was a dauber so the solution did not have to be sprayed which created bubbles. With this I was able to quickly locate what I hole is likely the remaining leak. So my tip for fellow builders is don't waste time doing what I did ... get a comercial leak detection liquid and save yourself some time. 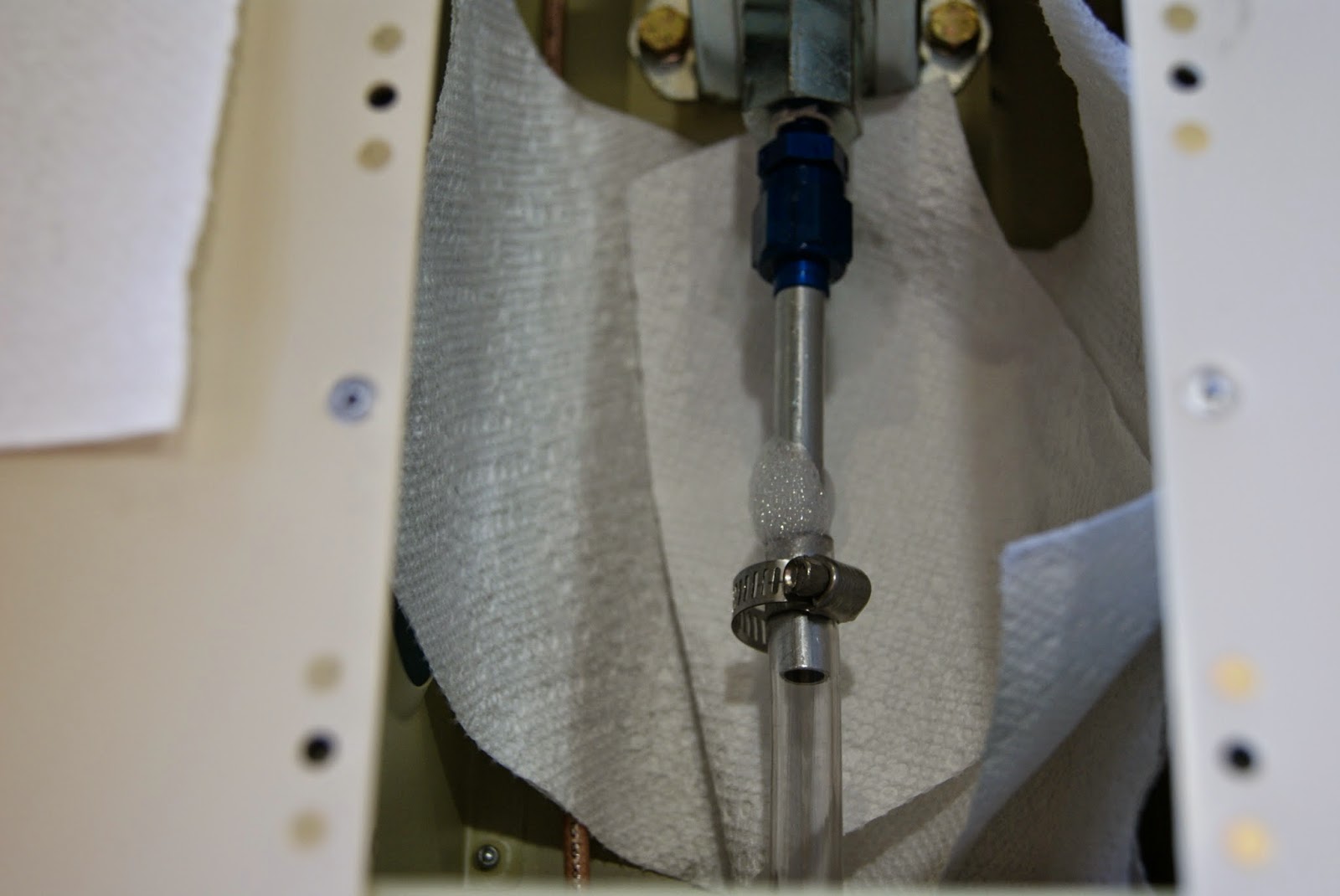 The vinyl tubing was leaking where it was slipped over the aluminum tube on the aft end of the fuel pump and tightened with a larger than optimum hose clamp.

Actually, this hose leak was a self induced trouble because I knew the hose clamps used for making the loop were larger than they should be and did not apply an even pressure on the vinyl tubing. But when cobbling temporary things together, one tends to use that is lying around the shop at the time. The leak was stopped by adding an additional hose clamp. 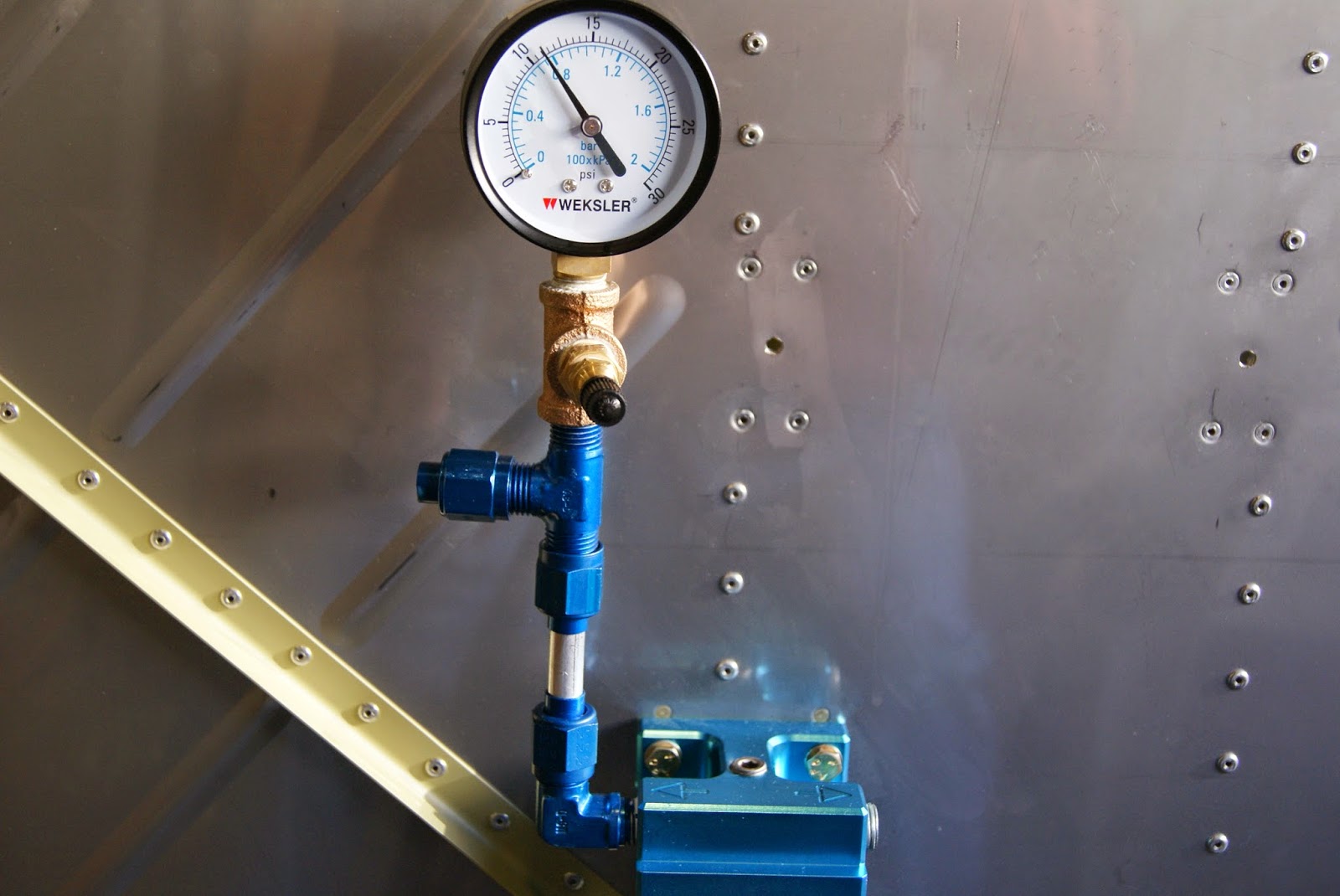 The overnight pressure test starting at a higher 11 psi.

After four hours this evening the pressure has dropped from 11 psi to 10.5 psi which I feel is in line because I would expect a small pressure drop as the shop cools in the evening. I’ll know in the morning for sure but have a good feeling the system will hold pressure overnight.