Work was finished up on pulling in all the wires belonging the WH-00046 wire harness and routing the wires to the specified locations. Two short ground wires needed to be added to the seat ribs on either side of the center tunnel. A hole is in the seat ribs already but the primer needed removing in the vicinity of the hole to insure a good ground. The ground wires will attach to an Adel clamp along with other ground wires which will be installed later down the road.

Was trying to think of a good way to remove the primer without scuffing up the ribs more than necessary so came up with a poor man’s piloted bonding brush by using a drill stop collar that had a piece of crocus cloth attached which was trimmed to the width of the collar. The shaft of the drill bit was slipped through the hole for centering and hand spun to remove the primer.  Worked great! 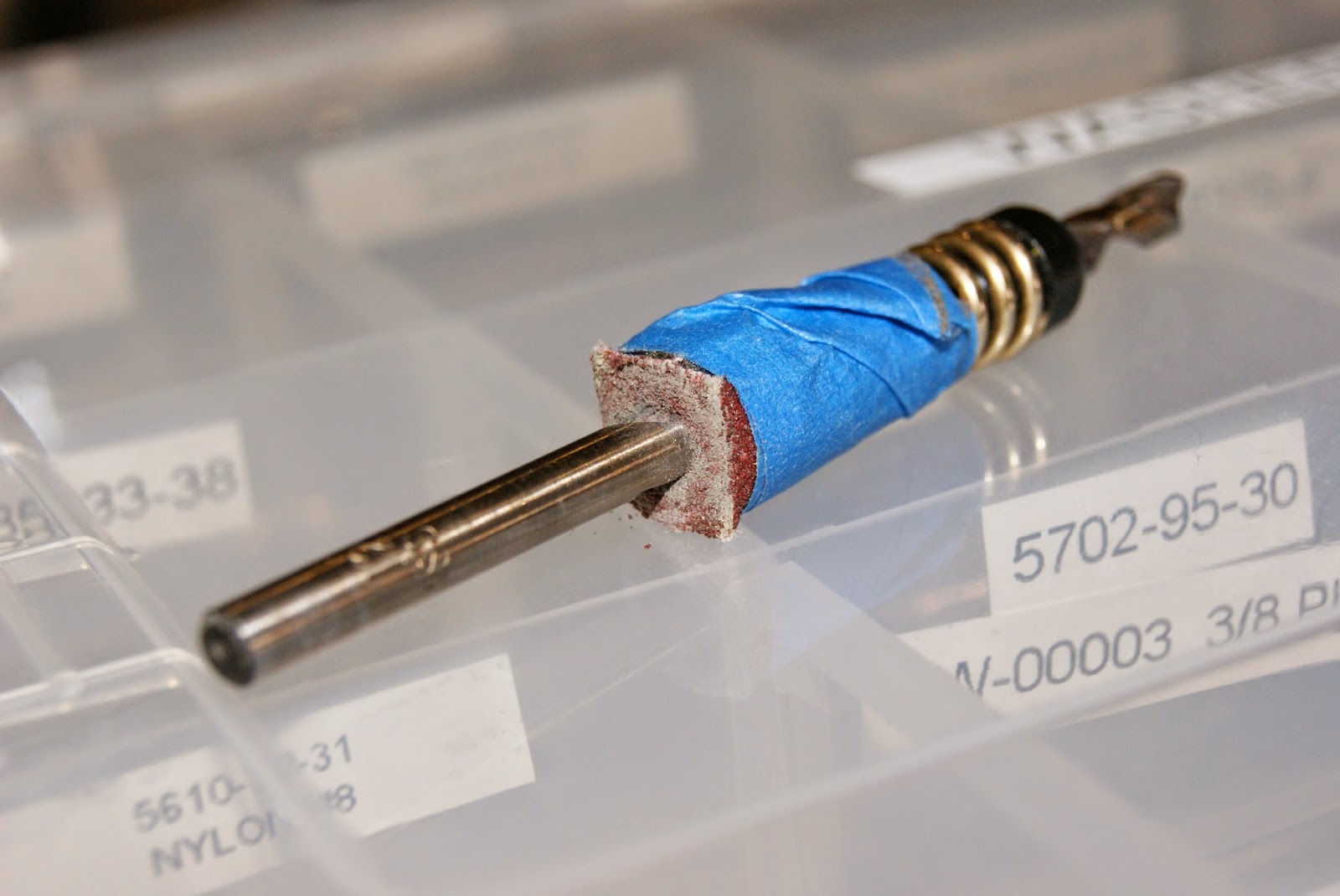 Crocus cloth cut to the width of the drill stop collar made a good poor man’s piloted bonding brush for removing the primer from around a hole to insure a good ground. 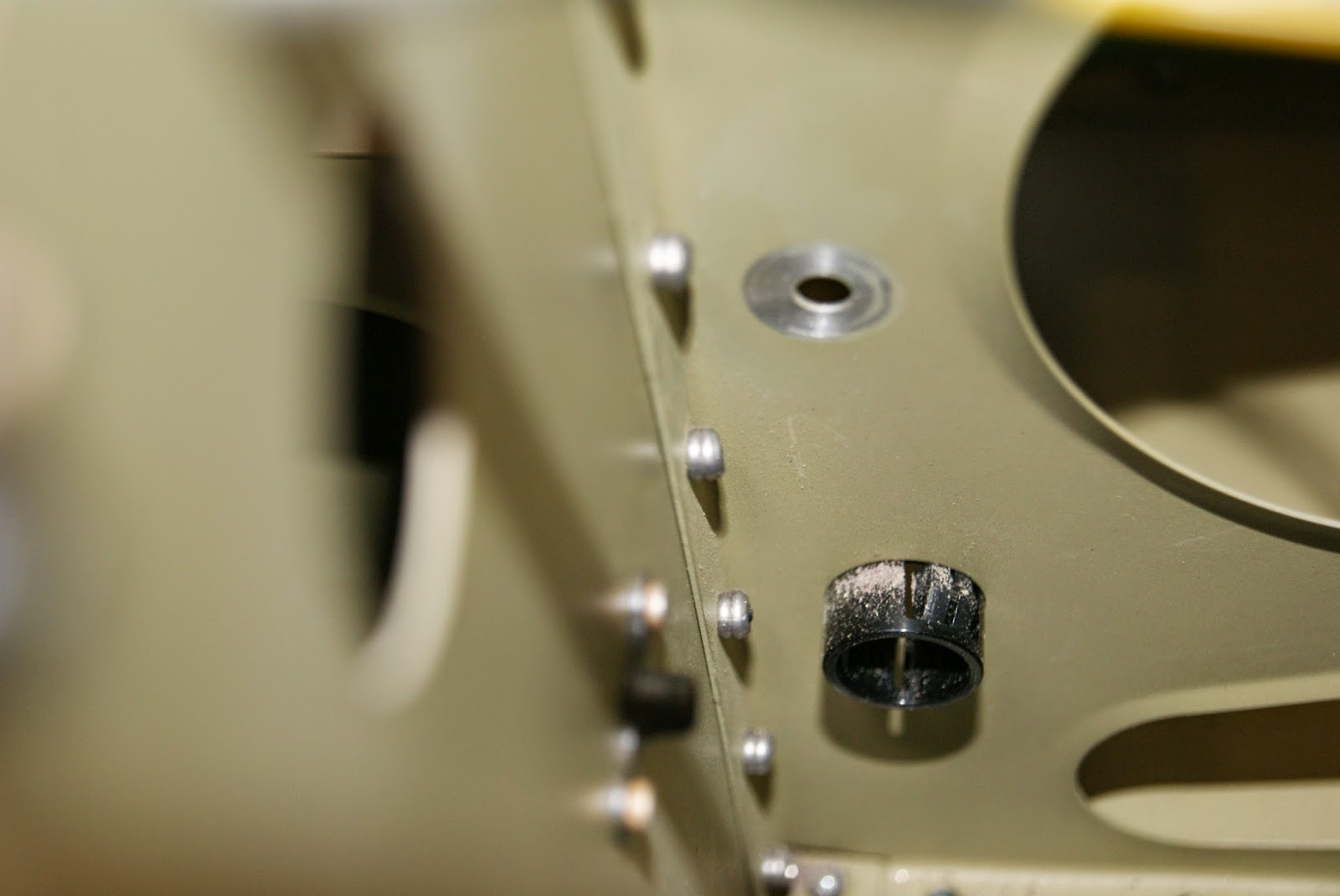 The primer is mostly removed from around the hole but still requires a little tweaking on the right side. 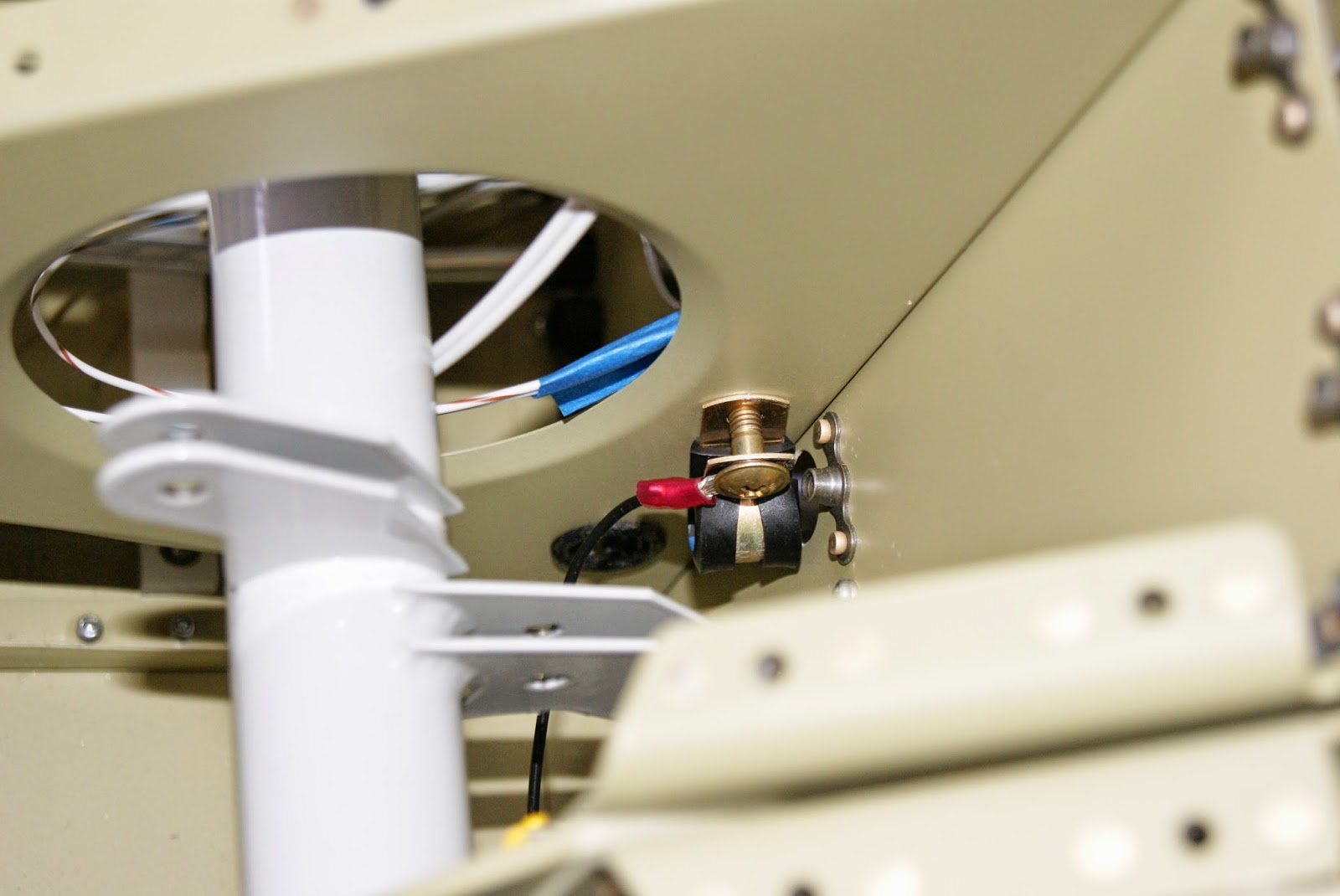 Installed ground wire on the Adel clamp mounted onto the seat rib … bolt not tightened yet because another ground wire will attach here later. 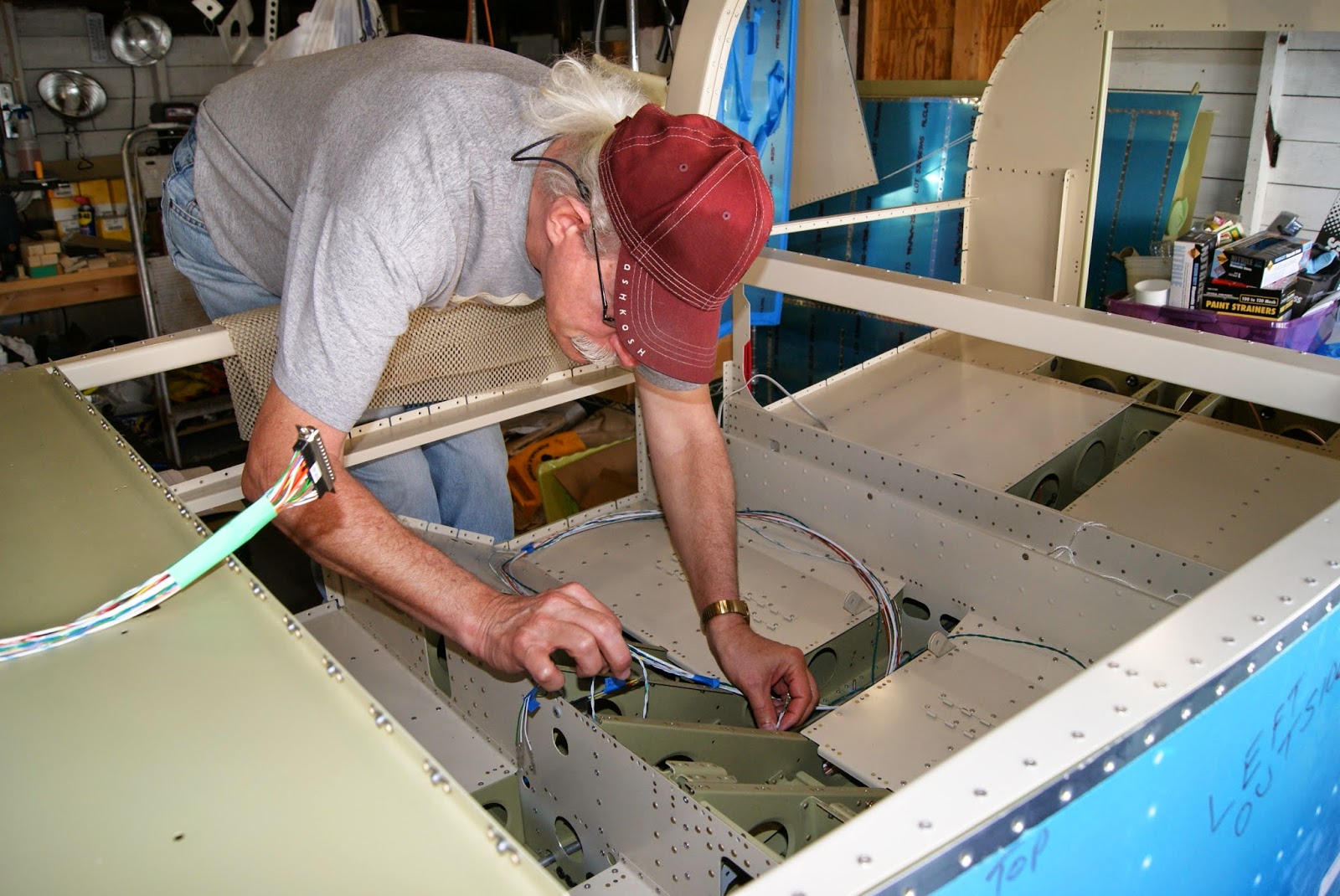 After routing the wires of the WH-00046 harness to their proper locations, the outside air temperature sensor was installed and its two wires run all the way aft through the center tunnel. 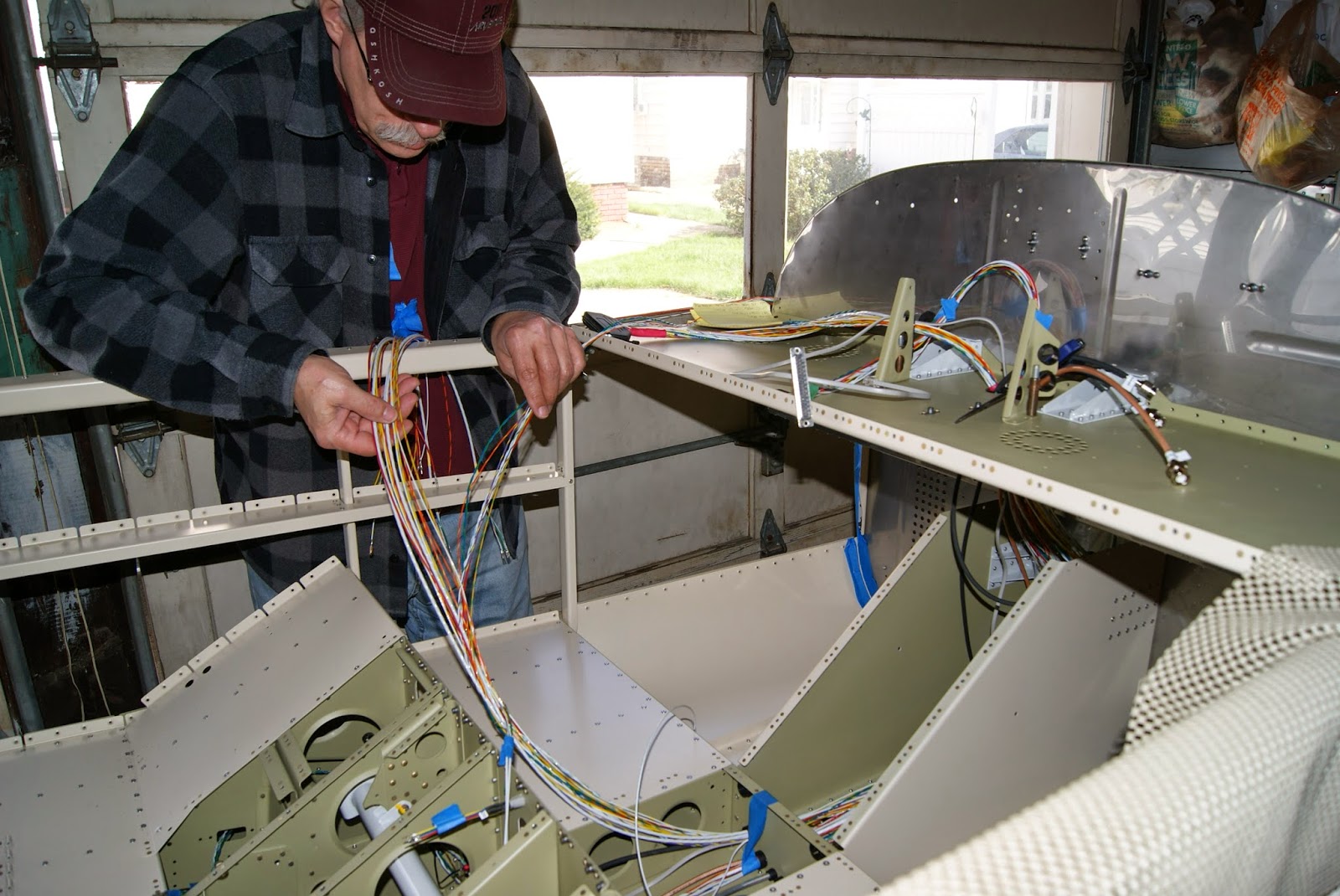 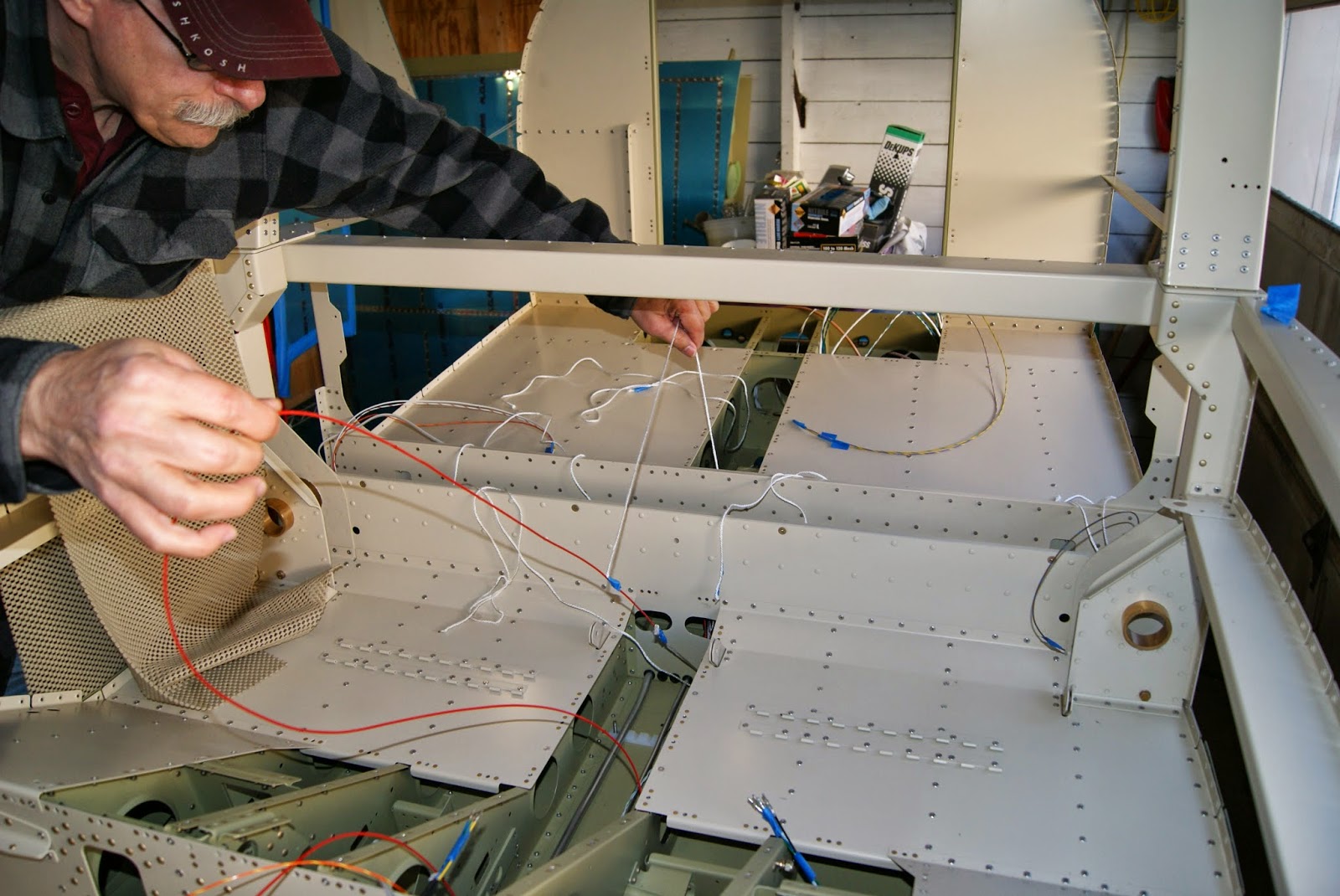