After separating out the WH-00045 wiring harness wires that needed to be run through the upper grommet on the F-1203A bulkhead, they were routed through the grommet then one at a time routed to their appropriate positions within the fuselage. The WH-00045 wiring harness has been, for the most part, distributed to the proper locations within the fuselage. The reason for saying “for the most part” is because the power wires for the landing light and nav/strobe have purposely not been installed. The reason being … those wires are going to be upgraded to shielded cable. 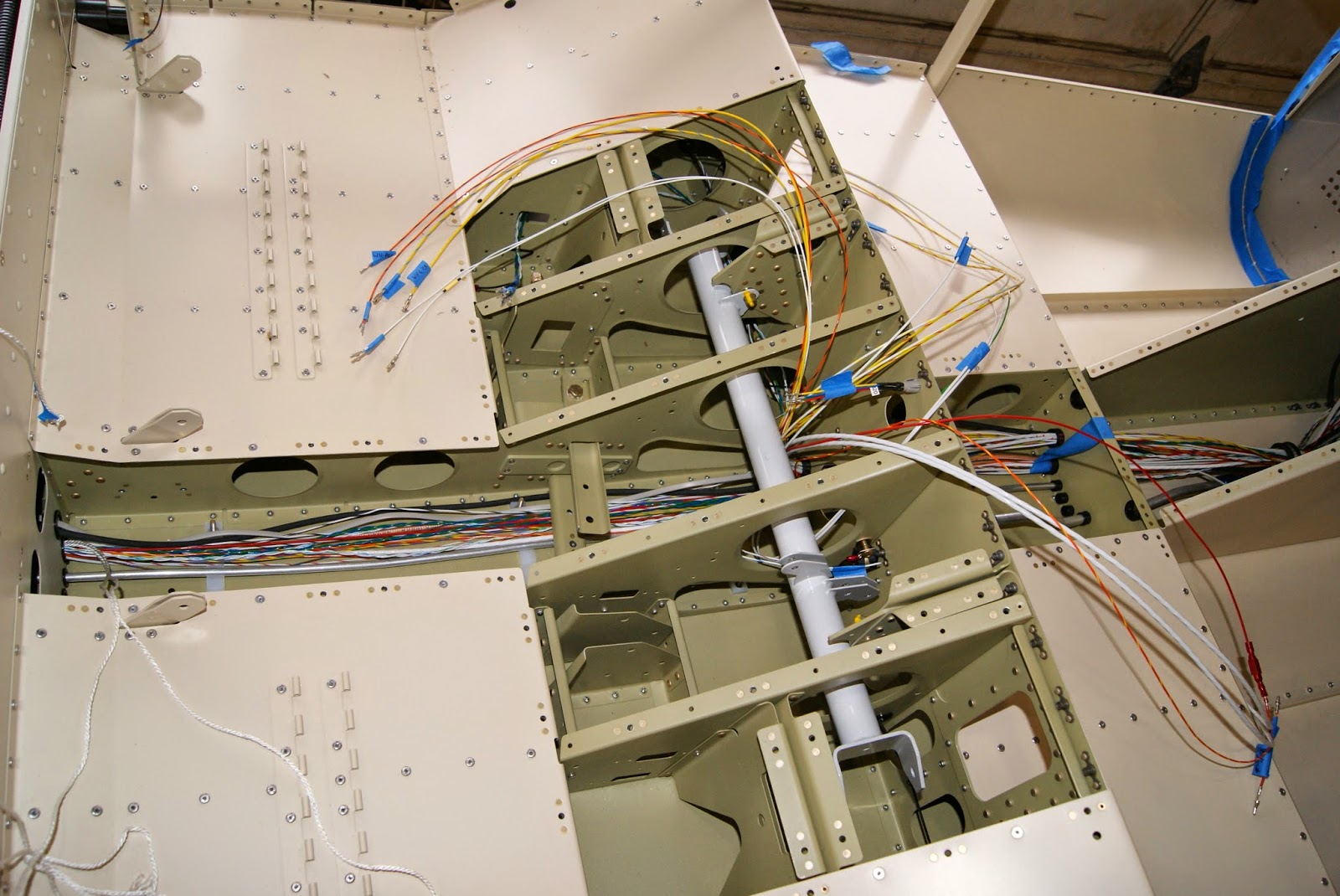 Last batch of WH-00045 wiring harness wires to be routed to their proper locations. 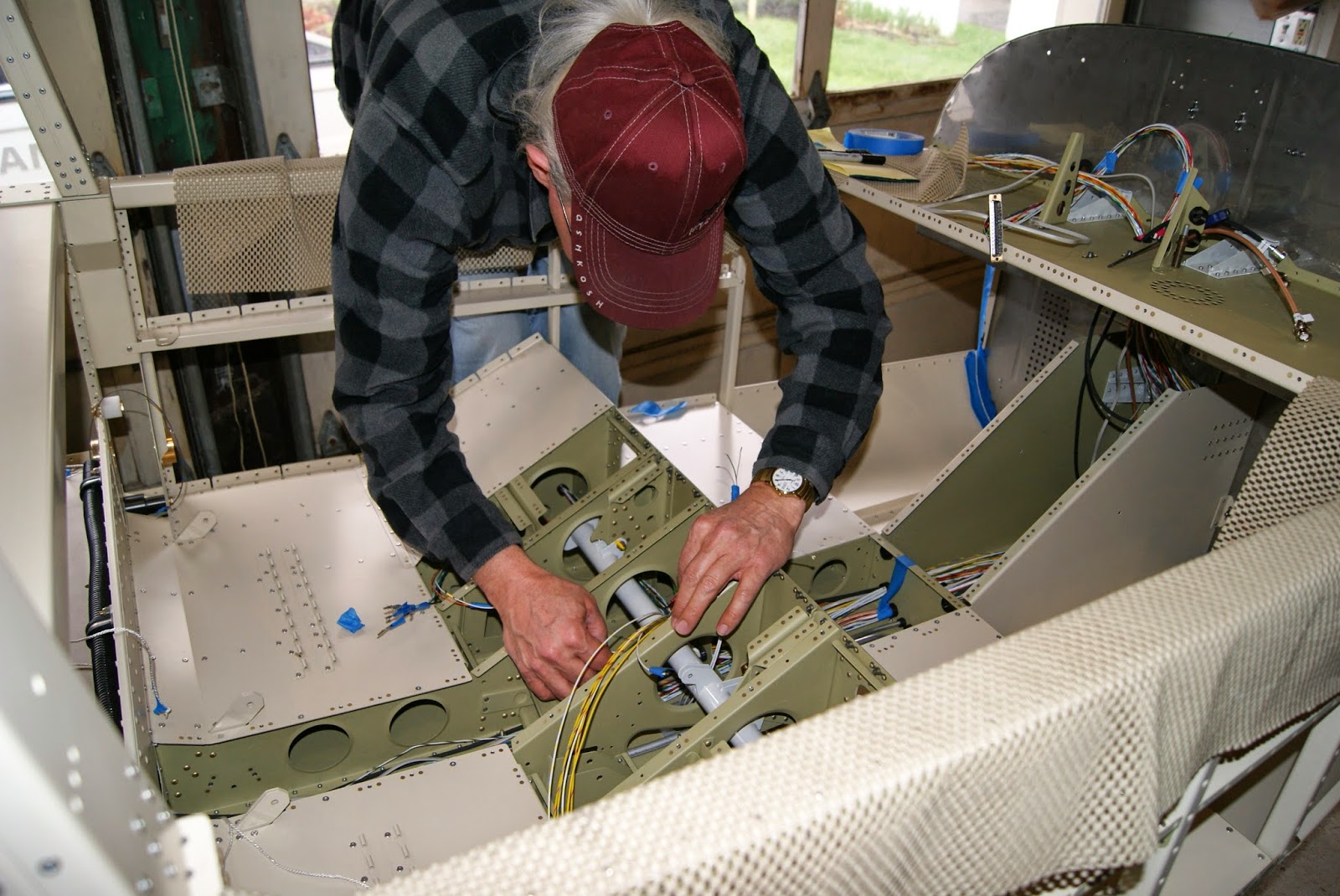 Finishing up on distributing the WH-00045 wiring harness one wire at a time to save room in the grommets and, in general, hopefully avoid a tangled mess. Almost finished!

Now that both wiring harnesses are installed, I took the time to verify there is room in the wiring grommets for the pitot tube which will need to run from the tail cone through the wire grommets to the engine compartment and the wires for the trim servo. Small pieces of cable and tubing were slipped through every grommet to verify there is room for them to be installed later. Although a tight fit at places, happy to report there is still room.

Regarding the shielded cable … honesty, most likely the only wires that will truly benefit from the shielded wiring will be the navigation/strobe circuits. In fact, AeroLED’s now recommends using shielded wiring for the nav/strobe wiring for their units. However, because a second landing light was installed specifically to take advantage of the wig – wag capability, not sure if that too could possibly generate headset noise as has been reported by builders who installed the nav/strobe lighting. Because the RV-12 is being built as E-AB, will take advantage of the liberties E-AB offers a builder and will make a changeover to shielded wires. Also decided to error on the side of potential overkill (a John thing) and will up the ante a bit by utilizing shielded wire for the landing light circuits as well … have the wire, may as well use it.

The DOG Aviation procurement department planned for this moment over a year ago by ordering the necessary pins to install the new shielded wires going to the WH-00045 connector. The landing light and nav/strobe wiring originates at the WH-00045 connector so the shell was removed from the connector and the associated wires were removed using a special pin extraction tool. 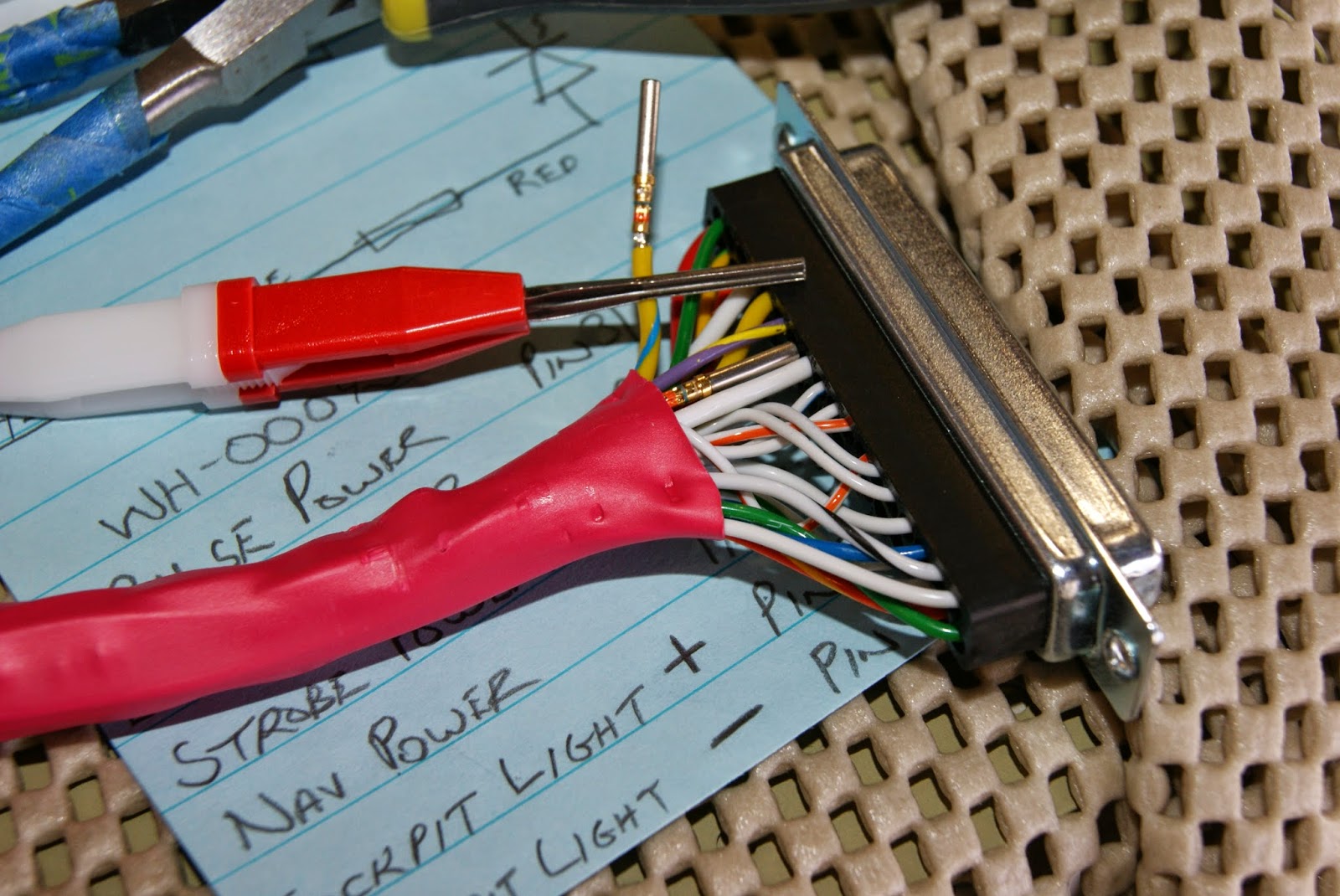 Two wires of the four wires extracted from the WH-00045 wiring connector using the special extraction tool. Two down … two to go.

After removing the wires from the connector, forward progress ground to a halt as a search began for some materials purchased over a year ago to no avail. Spent hours this afternoon looking for a couple of items needed. The DOG Aviation supply department has dropped the ball and needs to be chastised. Hopefully, the items can be found tomorrow when I’m in a better mood.
Posted by John at 9:02 PM