It was nice to be able to get back into the hangar and get some work accomplished on the DOG Aviation RV-12 after being out of town with Bernie playing in the snow with snow mobiles.  One of the tasks that I had been needing to do involved removing the carburetors from the Rotax 912 ULS engine so the drip trays could be installed. This task is normally done prior to installing the engine, but I ran out of time because Tom needed me to return his engine hoist.  Actually, truth be told, it is probably easier to do this task while the engine is on the airplane anyway as opposed to leaning over a workbench.


The carburetors are very easy to remove at this point, there is just one band clamp per carburetor that needs to be loosened and the carburetors can be pulled out of the rubber flange assembly. The fuel line is going to be replaced (more on that in the next post) so it will be removed now … since there aren’t any throttle or choke cables to disconnect yet, this was a piece of cake. 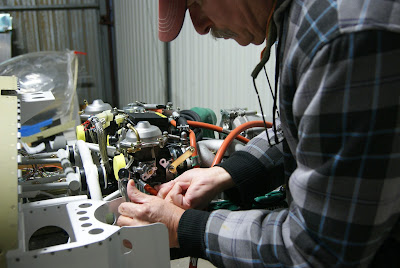 Removing the banjo fitting from the right carburetor’s fuel line. 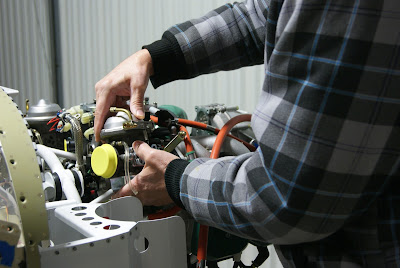 Removing the right carburetor after loosening the band clamp that secures it onto the rubber flange assembly.


While the carburetors were off the airplane, decided it would be prudent to remove the carburetor float bowl to verify that the engine has the latest floats and to also weigh them as a bench mark. Not all that long ago there was a large number of floats manufactured that absorbed fuel … so the floats would sink in the bowls, allowing too much fuel to enter the carburetor, causing fuel to leak out of the carbs or make the engine run too rich. The issue was identified and traced to the manufacturer of the floats. 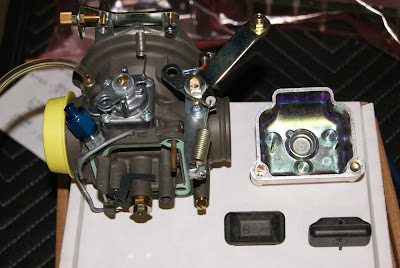 Carburetor bowl removed from the carb and the two floats that slide up and down on the two posts (which can be seen inside the bowl).


Newer floats that have gone through the additional pressure testing can be identified by dimples adjacent to the pin coming out of the body of each float. Moving forward, Rotax requires the carburetor floats to be weighed during routine maintenance inspections or tested using a displacement method which can be done without removing the bowls.  Each float weighs approximately 3 grams so the maximum limit set by Rotax is 7 grams for the pair … if they weigh more, they have absorbed fuel and must be replaced. After verifying the floats were of the new tested variety and noting the weight of each pair for both carbs (6 grams per pair), the floats were slipped onto the posts in the bowl and the carburetor was reassembled. 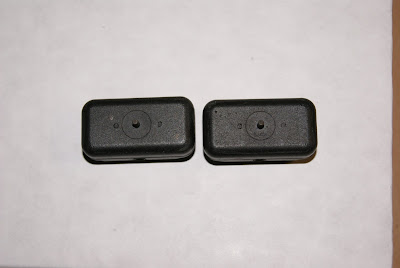 DOG Aviation received the new pressure tested floats denoted by the two dimples adjacent to the pin coming out of the floats. The two floats weighed in at 6 grams for the pair. 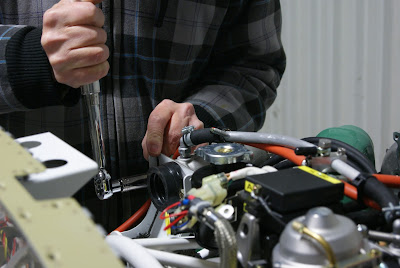 Torqueing the mounting bolts for the rubber flange and drip tray assembly for the left carburetor. 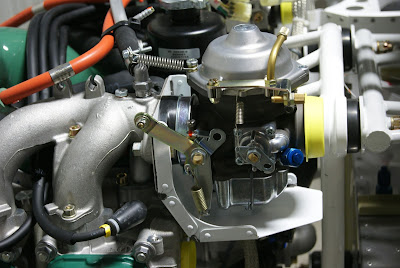 Completed installation of the Van’s drip tray for the left carburetor.


Now that the floats in both carburetors have been checked, Van’s drip trays installed and the carburetors reattached to the rubber flange assembly, next on the agenda … replacing all the fuel lines with conductive Teflon fuel lines. This topic will be covered beginning with the next post.
Posted by John at 8:37 AM