The Rotax 912 ULS engine has a couple of fuel related items that are not to my liking. First, there is a mandatory maintenance directive to replace ALL the rubber fuel lines at 5 years. Second, I’m not fond of banjo fittings in general because once the crush washers used to make up the fittings have been tightened, they crush a little to form a tight seal. However, they often leak when the fitting is taken apart and tightened again using the same washers … meaning, if one does not want any leaks, the washers should be replaced whenever the fitting is disturbed. So an assortment of crush washers need a part of the maintenance kit.


As a preemptive strike, DOG Aviation has decided to install the Aircraft Specialty conductive Teflon fuel line kit developed for the RV-12. The kit contains conductive Teflon fuel lines covered in fire sleeve which have been pressure tested to 2,000 PSI and have a 10 year replacement guarantee on them. Basically, they are lifetime fuel lines and only need to be replaced based on condition. Also included in the Aircraft Specialty fuel line kit for the RV-12 is all the necessary fittings to convert all the banjo fittings in the fuel system on the Rotax 912 ULS engine to standard aircraft 37 degree flare fittings, plus a few Adel clamps to secure the lines. So it is a win - win … getting rid of all the banjo fittings in the fuel system and installing fuel lines that have no mandatory replacement time limit.


Below are a few photos and some descriptions taken from Dave’s Schmetterling Aviation Blog. He received one of the first prototype kits a little over two years ago and did a great job of documenting the process … in fact, Dave’s documentation and photos are now used in the Aircraft Specialty instillation manual. 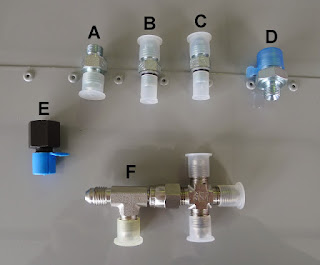 The seven fittings included in the Aircraft Specialty fuel line replacement kit for the RV-12.

The fuel lines:
1: Gascolator to fuel 'in' on fuel pump
2: input to left carburetor (this is the lengthier of 2 and 3)
3: input to right carburetor
4: input to fuel pressure sensor
5: fuel return line (uses fitting E)
6: fuel 'out' from fuel pump 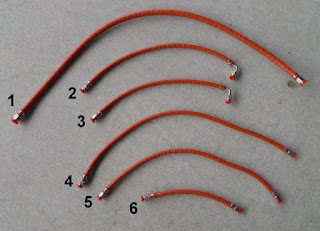 The six conductive fuel lines included in the Aircraft Specialty fuel line kit for the RV-12 are all covered in fire sleeve. 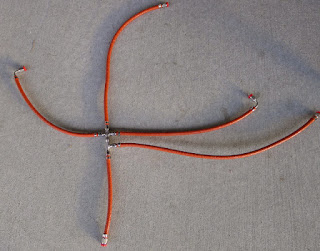 The layout of the lines will be as in this photo. 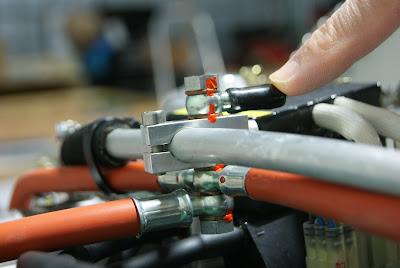 The new fuel marshal will replace the funky fuel transfer block assembly attached to the balance tube that my finger is pointing towards. 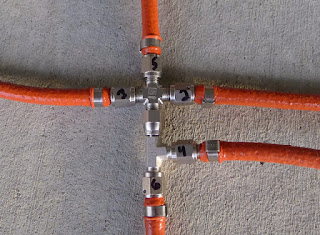 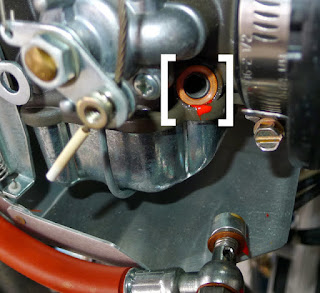 The washer shown in this photo needs to be removed before installing the Aircraft Specialty AN-4 flare fitting onto the carburetor. 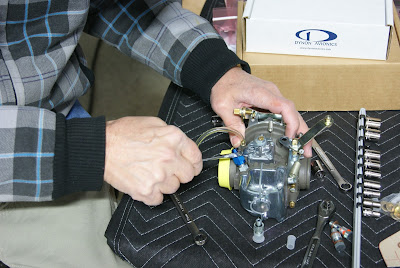 Using the AN-4 cap included in the kit to tighten the flare fitting into the carburetor. 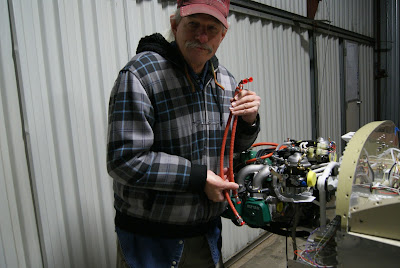 The longer of the two carburetor fuel lines in my hand is installed onto the left carburetor. 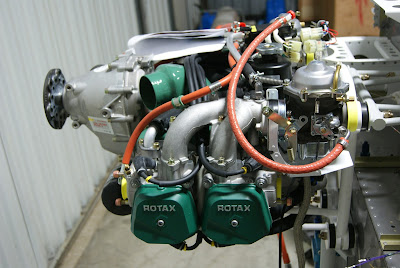 The Rotax fuel line on the left has been replaced by the Teflon fuel line for the left carburetor (# 2 in the second photo of this posting). 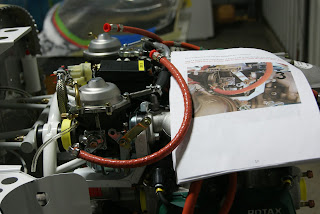 The new Teflon fuel line is attached to the flare fitting on the right carburetor (# 3 in the second photo of this posting). 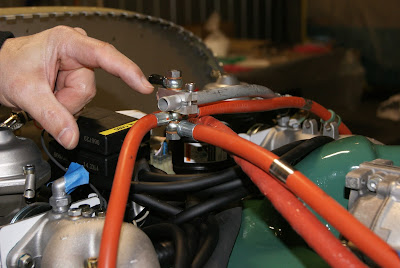 The rubber tube that would normally be between my fingers was removed so the fuel transfer block can be slid off the balance tube along with all the fuel lines attached to it. They are all being replaced by Aircraft Specialty Teflon fuel lines.


The new “fuel marshal” was assembled and the two fuel lines going to the left and right carburetors were attached onto the assembly. 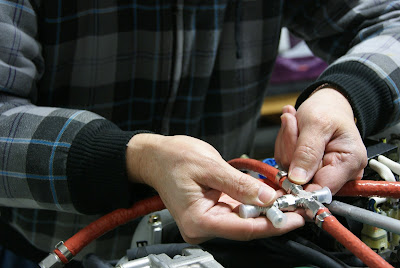 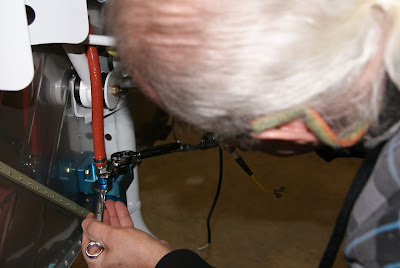 The longest fuel line (# 1 in the second photo of this posting) is screwed onto the Gascolator’s AN-6 fitting and was tightened with a torque wrench outfitted with a crows foot wrench, as can be seen in this photo.


A fitting change is necessary to install the shortest hose (# 6 in the second photo of this posting) because it uses AN-4 fittings. To install the hose, it is necessary to replace the AN-6 fitting on the fuel pump's OUT port with the AN-4 fitting included in the Aircraft Specialty kit. The old fitting had thread sealant on it, so the new fitting was installed using thread sealant as well. 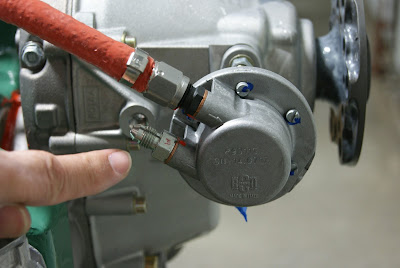 One can see the lower fitting on the OUT port on the fuel pump has been changed to the AN-4 flare fitting. 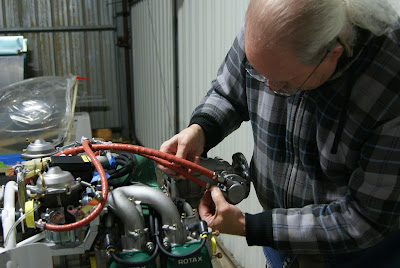 Attaching the shortest hose in the Aircraft Specialty kit to the OUT port on the fuel pump (# 6 in the second photo of this posting). 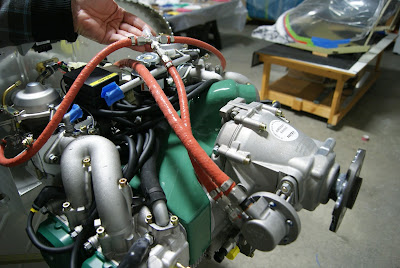 
I ran out of time so will continue connecting the remaining two hoses onto the fuel marshal during the next work session. One hose will be for the fuel return and the other goes to the fuel pressure sending unit on the firewall.
Posted by John at 10:23 PM