During the last work session, the wiring of the A1 & B1 connectors was completed leaving the two K-766 purple wires needing to be connected to the ignition module’s A2 & B2 connectors (these wires are used by the ignition module to denote easy start). Having looked the chore over, was not in the mood at the time to deal with what I knew was going to be an exercise in patience …and yesterday I was not disappointed in that regard.


The main task for this work session was to insert the two WH-K766 purple easy start wires into the only vacant slot on each of the ignition module’s A2 & B2 connectors. On the surface this sounds easy enough, but I could tell by looking at the connector’s location this was not going to be much fun. The purple WH-K766 wire is routed along the Pitot tube to the vicinity of the ignition modules where it has a splice that forms a Y … one wire is installed onto the A2 connector and the other onto the B2 connector. Getting the connectors off the bracket by slipping a tiny screwdriver under the locking tab and pulling it away from the bracket while simultaneously lifting up on the body of the connectors to slide them off the bracket is the easiest part of the task …. it quickly goes downhill from there. There is nothing that difficult about this task … the difficulty stems from the lack of space to work on the connectors … the connectors are somewhat buried, have short wires coming from the ignition modules, the fuel lines and coolant reservoir are in the way along with the Pitot tube. Ignoring all that, one must be able to grab onto the connectors to separate them while at the same time releasing the locking tab … a helper would have come in handy for this task. 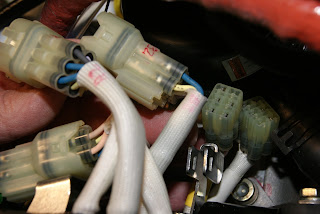 
After separating the A2 and B2 connectors, the fun continues … in that, there is a rubber plug in the vacant slot on each connector which must be removed so the K-766 wires can be inserted into the connectors. The rubber plugs are stuffed up inside the connector body so there is nothing to grab onto to remove the plugs … they need to be pushed out from above. At first a tiny jewelers screwdriver was used to try pushing the plugs out … the plugs began moving, but the shaft on the screwdriver was not long enough. There is only a narrow slot in the housing of the connector to work with and I couldn’t seem to find a good tool for the job … finally I got the idea to try sliding a tiny wire tie into the slot on the connector … that worked marvelously. I would suggest fellow builders consider using a tiny wire tie for this task as well. 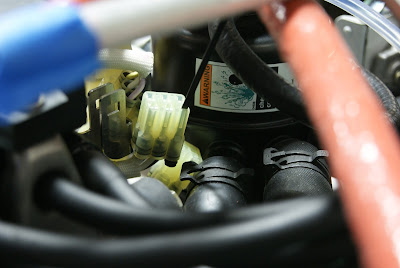 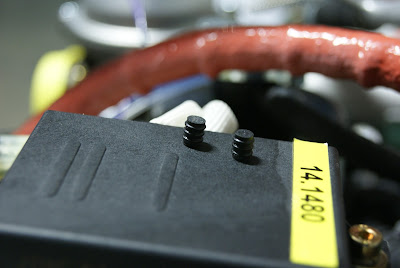 Both rubber plugs removed from the vacant slots on the A2 and B2 connectors. 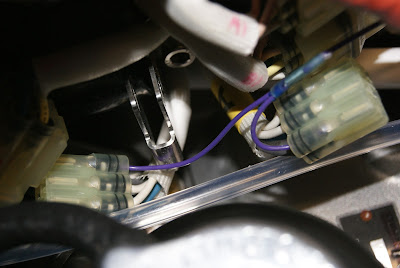 Both A2 & B2 connectors now have the purple K-766 easy start wires attached.


After both the K-766 wires were locked in place, the A2 & B2 connector halves were mated while making sure to listen for the distinctive snap of the locking mechanism snapping in place. It IS possible for these connectors to look like they are together tightly… yet, they are not locked. This is because of the need to compress a rubber gasket deep inside the connector body which is used to keep moisture out of the connector. Patience is a virtue throughout this whole exercise. 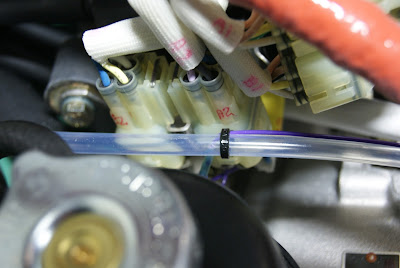 The ignition module’s A2 & B2 connectors reinstalled on the mounting bracket now wired to the purple K-766 easy start wire.


Continuing on with the wiring, the WH-E753 (PRP/YEL) CHT 1 (left), WH-E749 (PRP/BLU) CHT 2 (right) and WH-E754 (WHT/BRN) oil temperature wires were routed to the left and right cylinder head temperature probes and the oil temperature probe respectfully … but the connectors were not crimped onto the wires yet. Figured it would be easier to run all the wires to where they need to go, create small service loops, then cut the wires and add the necessary connectors in one big “crimp fest”. There is nothing exciting here so did not take any photos.
Posted by John at 8:40 AM