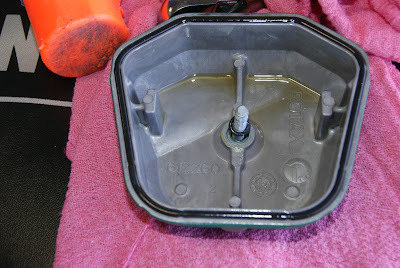 The valve cover has a large gasket around the perimeter of the cover and a much smaller O ring on the M6 bolt as can be seen in the photo. 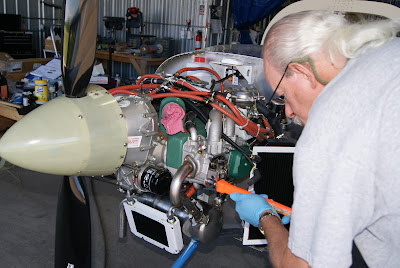 Using the handle of a plastic dead blow hammer to press on the LOWER portion of the rocker arm to verify the built in lifter is pumped up and can hold pressure.


The same procedure was used on the remaining cylinders and there were no valve tappets that failed the test. After the testing was completed, the hex nuts on the valve covers were torqued to 90 inch pounds. 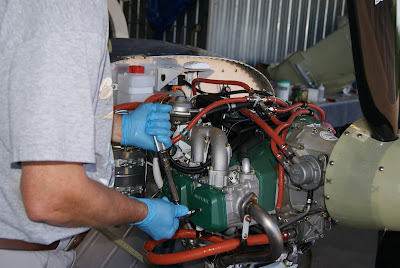 Torqueing the M6 bolt on the rocker arm cover to 90 inch pounds.


At this point the oil system is ready for an engine start.
Posted by John at 9:18 PM