Riveting – A Day Long Over Due

Finally a day of solid production at DOG Aviation setting all the rivets that makes up the vertical stabilizer skeleton and rudder hinge brackets. 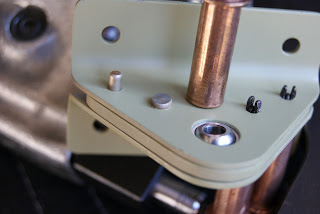 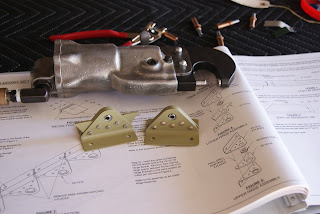 Builder Tip:
Test all platenuts. Based on first hand experience helping my friend Pete put together his RV-9A, it is a good idea to make sure the plate nuts are not to tight. We found ourselves in a situation where some of the installed platenuts had to be drilled out because they were so tight they totally damaged the threads on the screws. Most were OK but some were unusable. After that bad experience, I plan on testing each platenut prior to riveting it on the airplane. 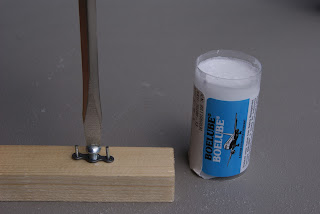 An easy way to test the platenut is drill a hole in a piece of wood, place the platenut over the hole and pound a couple of rivet mandrels or finishing nails through the rivet holes. This will keep the platenut from turning while a screw is worked in and out of it. Using a little Boelube dosen’t hurt either. For lots of platenuts use a power screwdriver.
Posted by John at 8:44 PM