Working with one 6’ piece of tubing that requires multiple bends is scary … that is a lot of tubing wasted should there be an error in judgment or bending procedures. Add to that, Van’s instructions do not have a detailed 1:1 drawing for this portion of the fuel line construction. So with that in mind, I purposely cut the length of the fuel line oversized and made the first 90 degree bend at the firewall so there should be a little extra material to trim when finalizing the finished length prior to flaring.

When you are free styling you want to take your time and do a little math. The drawings showed the approximate location of the bends so measurements were taken and marked on the tubing. Taking into consideration the 1/8" gap from the firewall and the 1/4" thickness of the tubing and location to the center of the hole for the fuel fitting … the desired centerline offset is approximately 15/16". 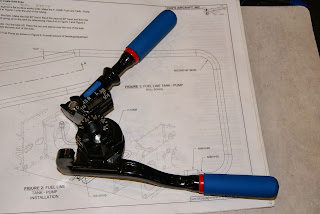 Imperial bender - the marks on the upper handle are used for various types of bends, the 45 marks are for making 45 degree centerline bends after a little math is performed.
The Imperial tubing bender comes with the capability of making centerline bends if the user is willing to do a little math. Basically, you mark the location on the tubing where the first bend will begin. Then multiply the desired centerline offset by 1.414 and add that length onto the tubing measuring from the previously made mark and mark the tubing again.  In my case, the desired centerline offset was 15/16" x 1.414 which yielded 1.3256" (roughly 1 21/64") to be added onto the first mark on the tubing. The tubing bender has offset locating markings on it so the first mark on the tubing is not located at the 0 mark as usual, but instead placed under the 45 offset mark on the bender for the size tubing being bent … then the tubing is bent as usual. After marking the tubing, but prior to making any bends, I noted that from the firewall the tubing path down the tunnel was to the pilot side of where the tubing rises up the firewall. Since there is a 90 degree bend at the bottom of the tubing already, decide to cant that bend 45 degrees aft towards the pilot side. The reasoning for this is it will only require one approximate 45 degree bent to make the tubing head aft down the tunnel in line with the bulkhead grommet. So prior to making the offset bends I positioned the tubing with the bottom 90 bend canted 45 degrees towards the pilot side and made a line on the tubing denoting the edge that should be along the firewall. 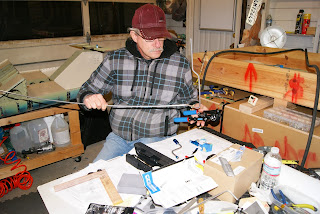 Just finished bending the final 45 degree bend to head the tubing aft to the bulkdead grommet. The offset bends on the firewall portion of the fuel return line turned out perfectly and truly look great, but admittedly it took a long time because I had never made centerline bends before … so I took my time and checked and rechecked and checked again before bending.

Next the tubing is curved a bit so it can be fed through the bulkhead grommets and slowly worked aft. A piece of tape was wrapped around the flaperon mixer arm to prevent it from scratching or being scratched by the tubing as it is slid aft through the grommets and along the groves on the standoff blocks. 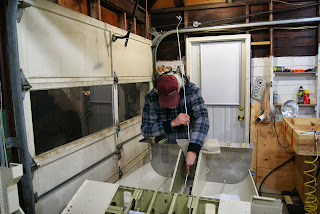 Beginning the feeding of the return fuel line tubing through the bulkhead grommets … the recently made 45 degree bend can be seen nicely here. 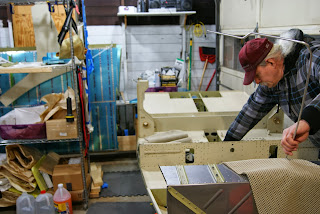 Slowly working the return fuel line aft and underneath the flaperon mixer arm. 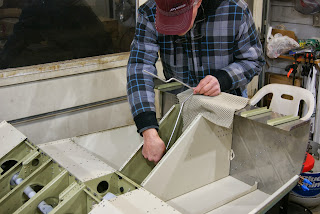 End of the line … without rolling the fuselage assembly onto its side and allowing the excess tubing to be pulled out the inspection port the tubing can’t be feed in any further.

Could not finish off the final cut and flaring of the tubing at the firewall because it could not be pushed aft far enough … will need assistance to roll the fuselage assembly so the excess fuel line can be worked out the inspection port.