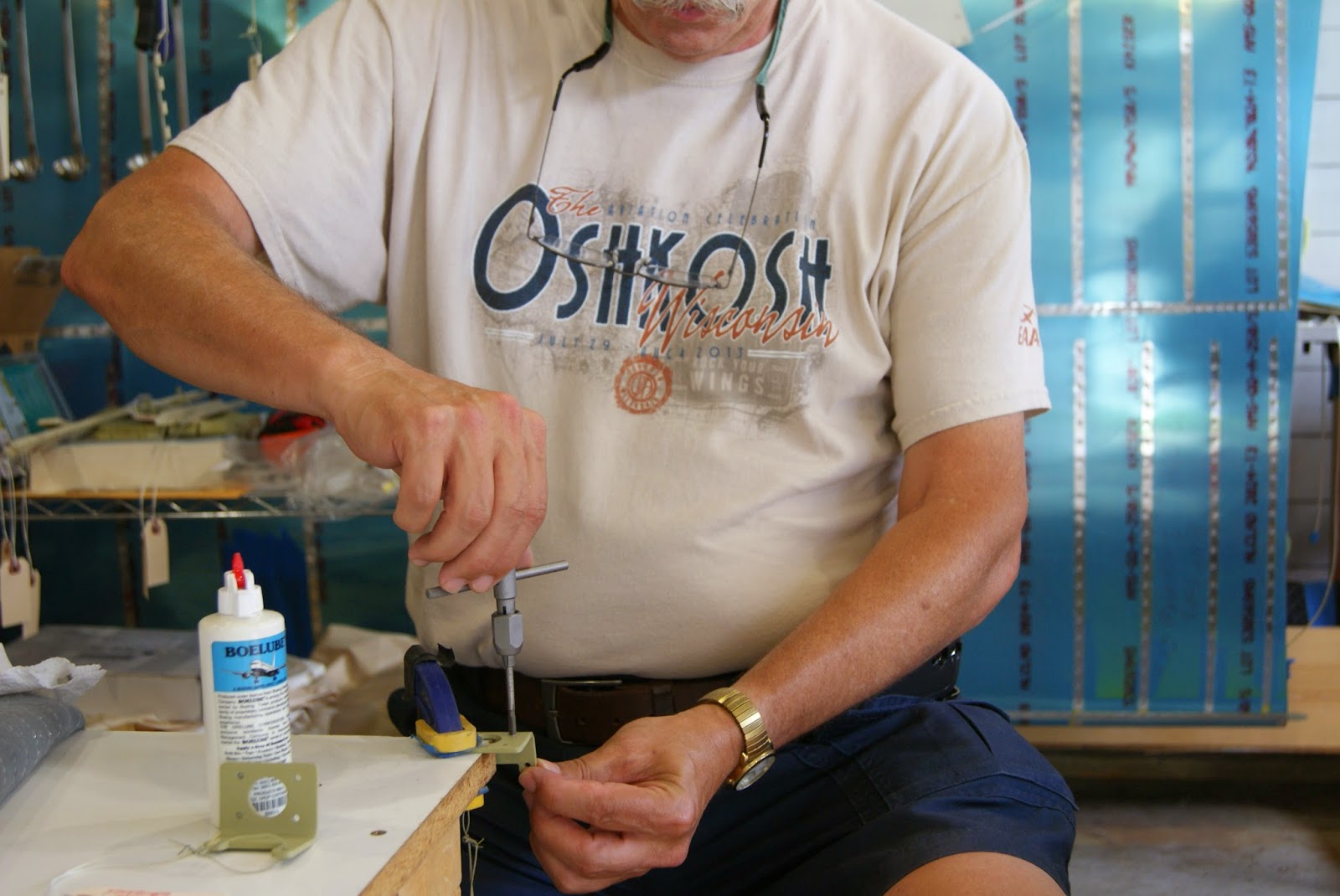 Tapping the mounting holes in one of the F-00034 mounting brackets for 8-32 threads.

After the all the mounting holes were tapped, the final touches were made to the wires going to the ES-00034-L electrical connector by way of dressing out the wires with wire ties creating a neat bundle. While access was still good, decided to also place a blob of RTV on the filter capacitor over the wire tie securing it to the standoff … this will insure the filter capacitor stays glued in place over time. Total overkill I’m sure, but I’ll have piece of mind knowing the capacitor can’t move freely. 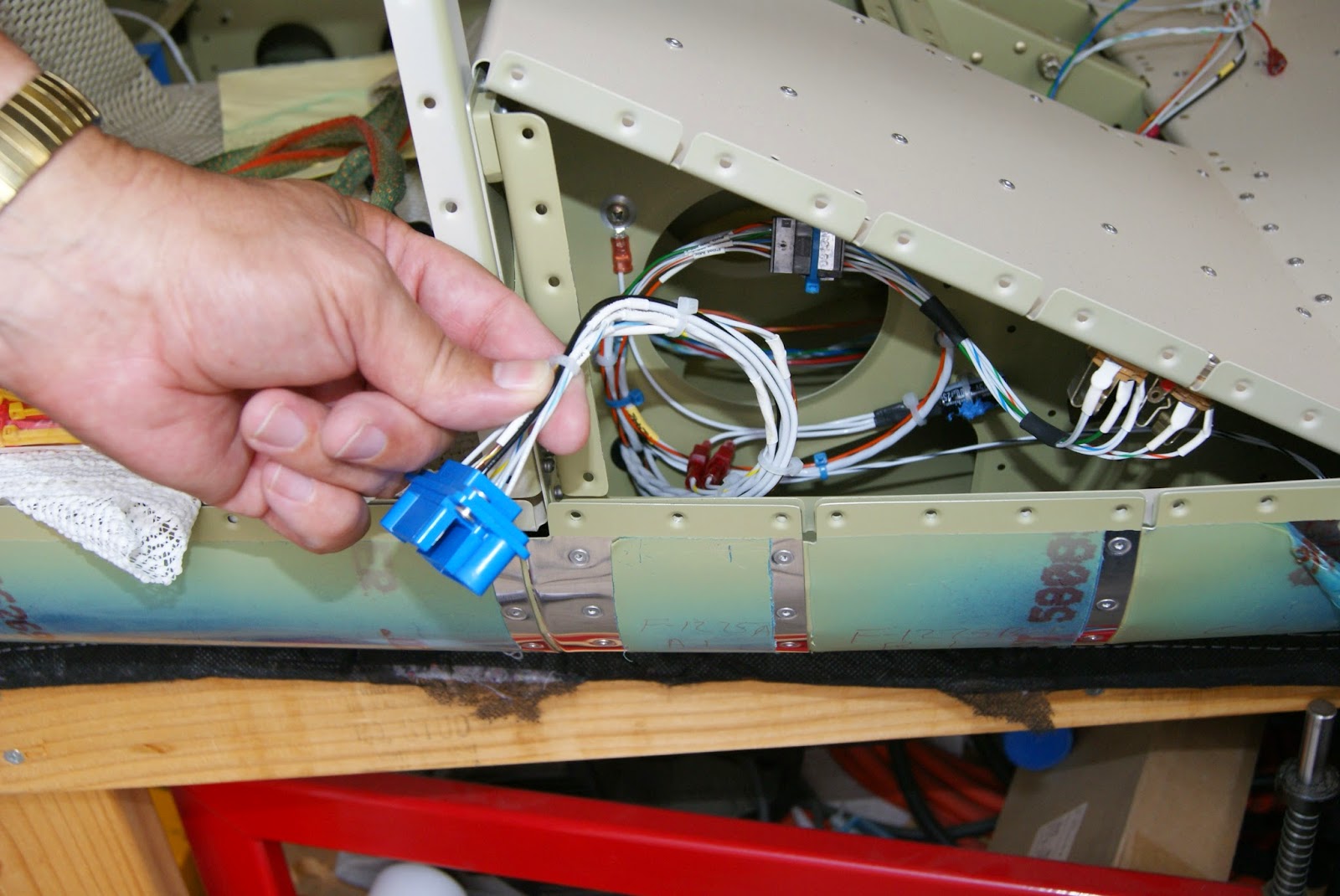 Wires running to the ES-00077 electrical connector dressed with wire ties and ready for final assembly.

After rounding up all the mounting hardware necessary to mount the electrical connector, a trial fit was attempted only to discover the four mounting holes in the left and right seat pans were not drilled to #19 yet. I really don’t think I missed this step because the blue electrical connector is an upgrade to the kit so the wording may be missing from my plans. It is not a big deal except there was not enough room for a drill so had to use a reamer instead. So builders may just want to drill out these four mounting holes on each of the seat pans to #19 while it is in your hand and not on the fuselage. 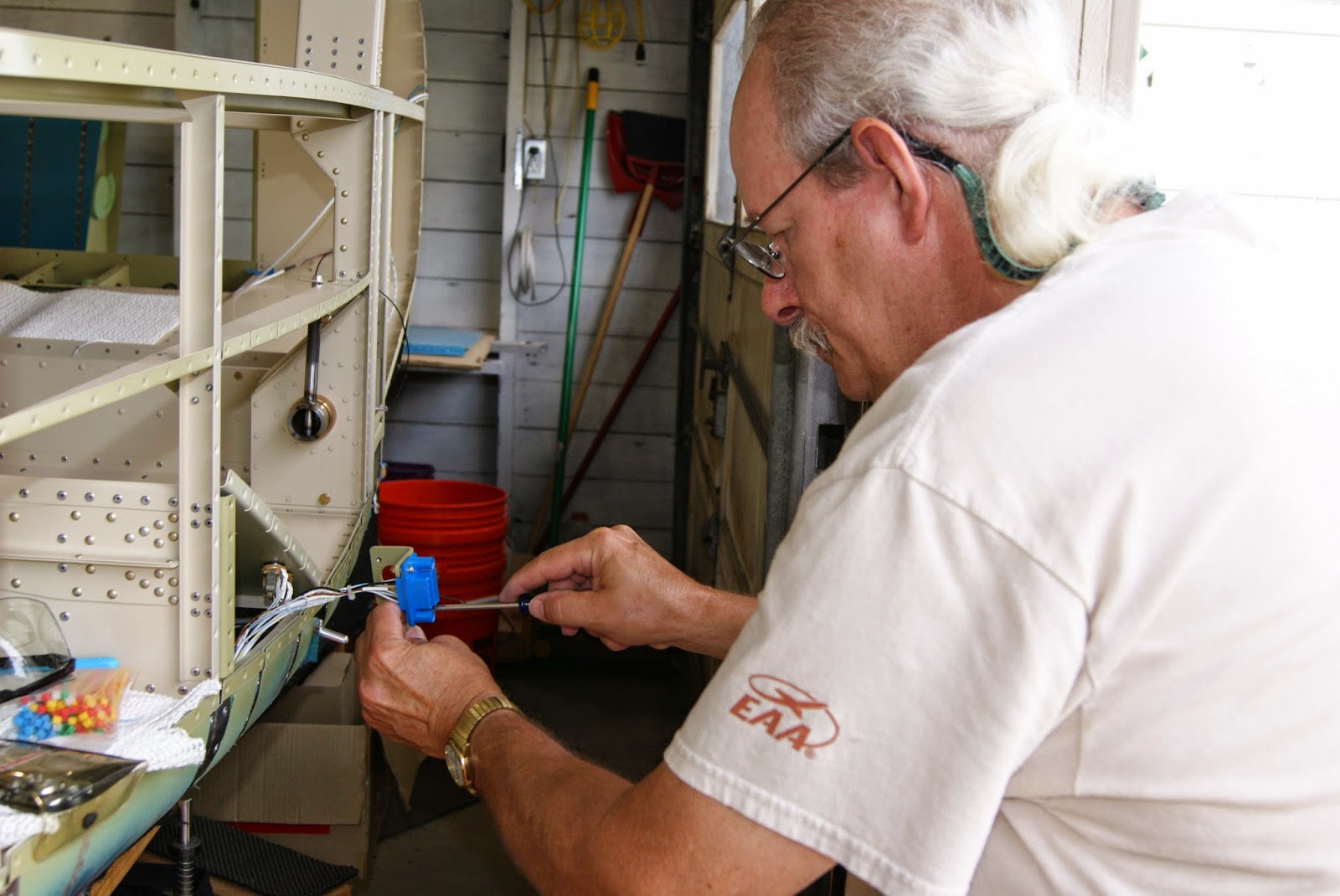 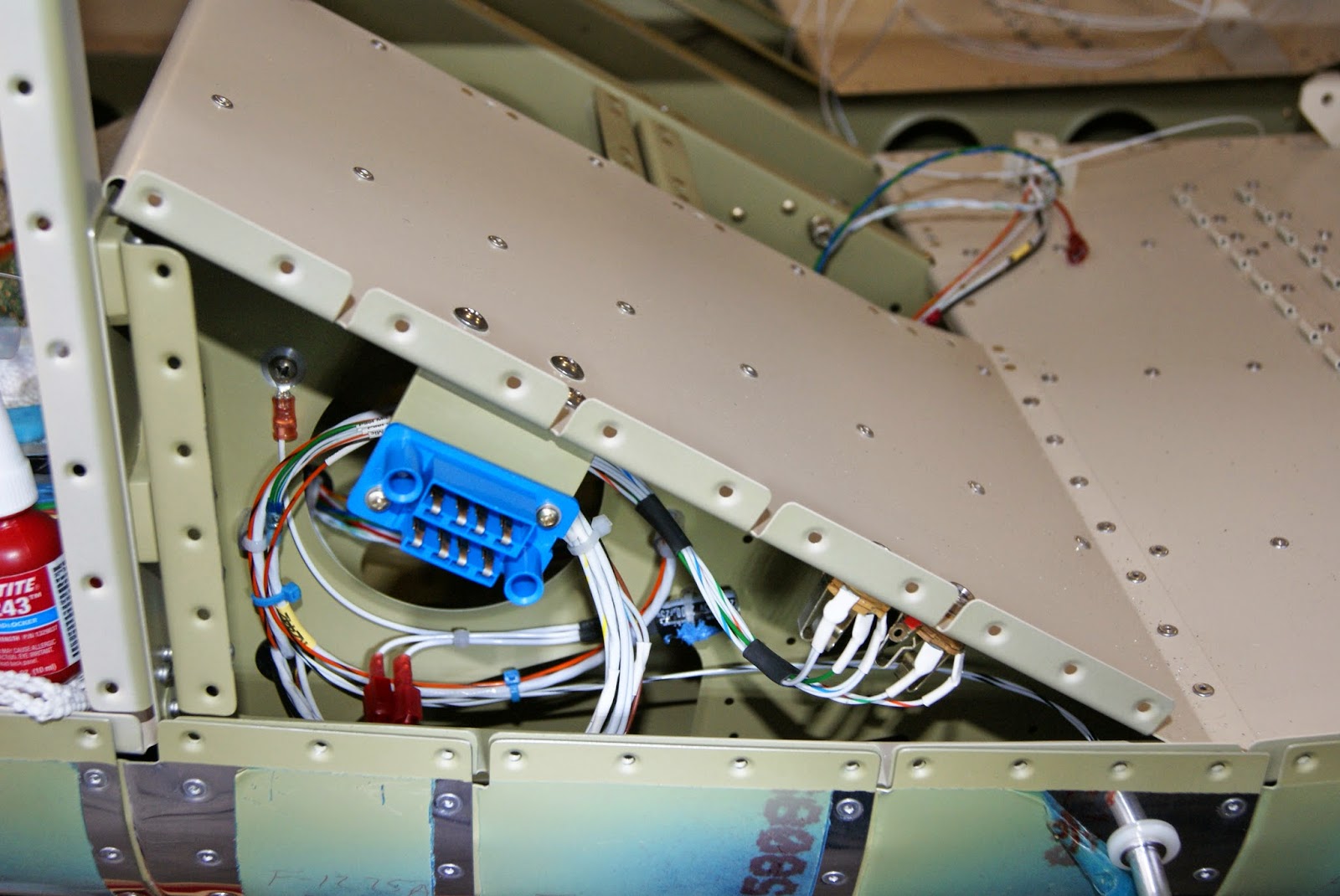 I’m quite happy with the way the wiring turned out … the audio wiring is in a loop that swoops up and under the seat pan … the wiring for the blue electrical connector swoops down then curves up and around to the back of the blue connector. This keeps the audio and nav/strobe wiring well separated in areas where the wires extend beyond the shielding.
Posted by John at 9:45 PM