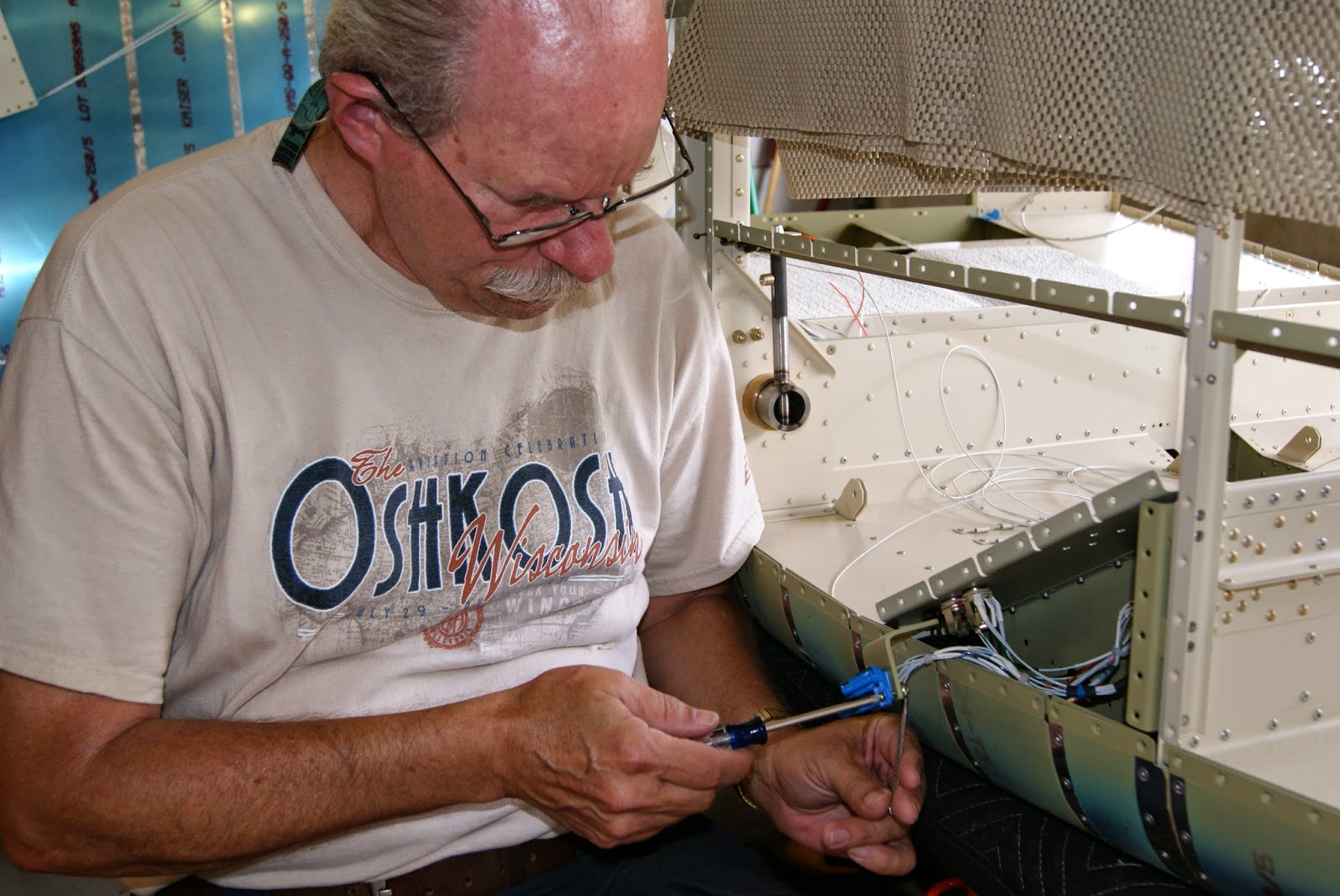 Screwing the ES-00078 electrical connector onto the F-00034-R mounting bracket. 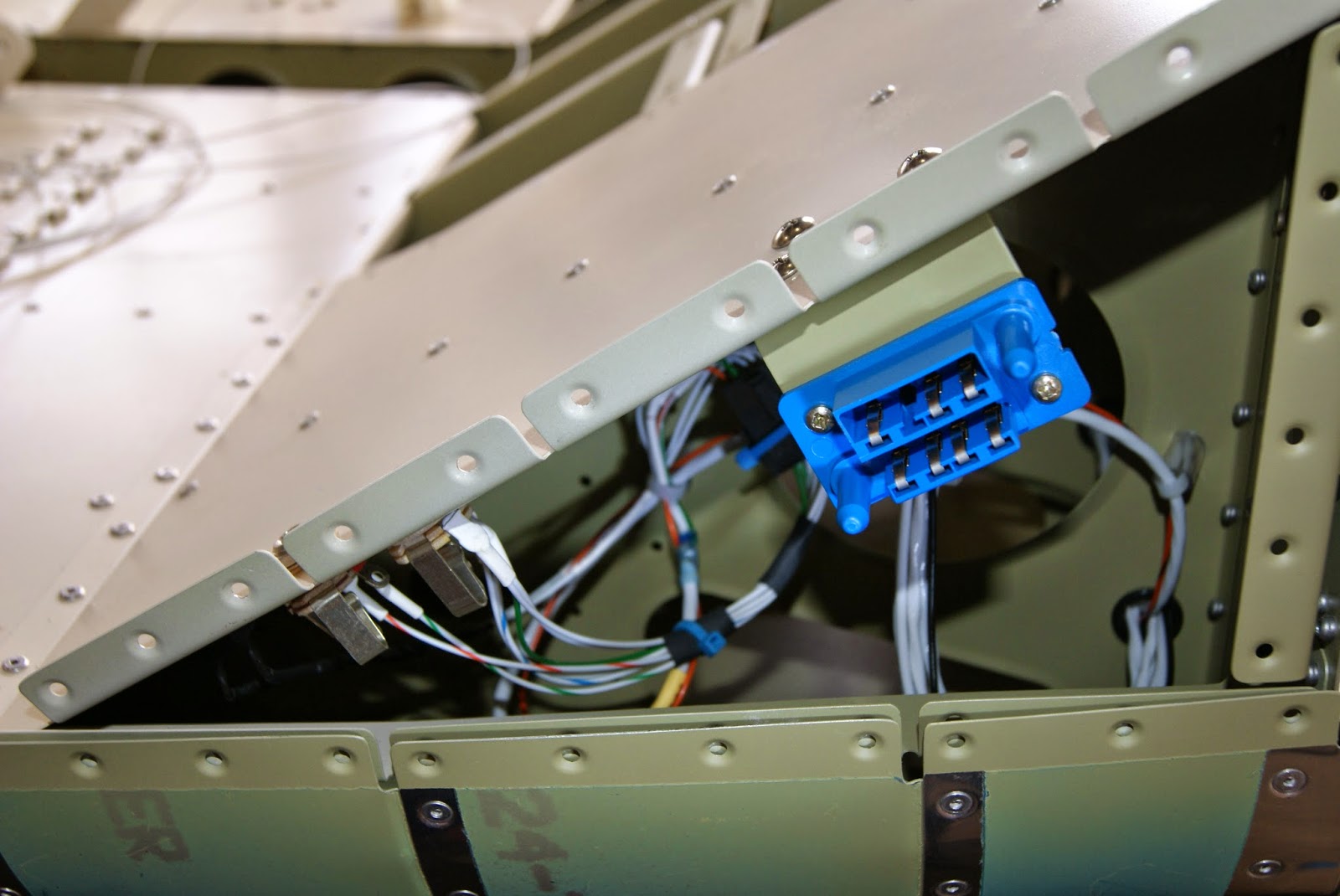 The right ES-00078 fuselage electrical connector mounted on the fuselage.
Posted by John at 8:01 PM