Longerons Matched Drilled To Panel Base

The original task for the day was match drilling the top of the longerons to the F-1202B panel base. Before getting involved with the drilling, the plans were closely scrutinized because a small issue caught my eye regarding the F-1201B firewall shelf. The page of the plans calling for the match drilling of the panel base to the longerons also has a detail showing the mounting of the F1295-L&R stiffeners. Close inspection of the detail revealed a small issue … four rivets would need to be drilled out to install the F-1295-L&R stiffeners. Thinking I may have made yet another screw-up, paged back through the plans to the page that calls for the riveting of the F-1201B firewall shelf to have a look. The plans made no mention of leaving those four rivet holes open. There was mention of leaving holes in the firewall shelf open … just not the holes in question. 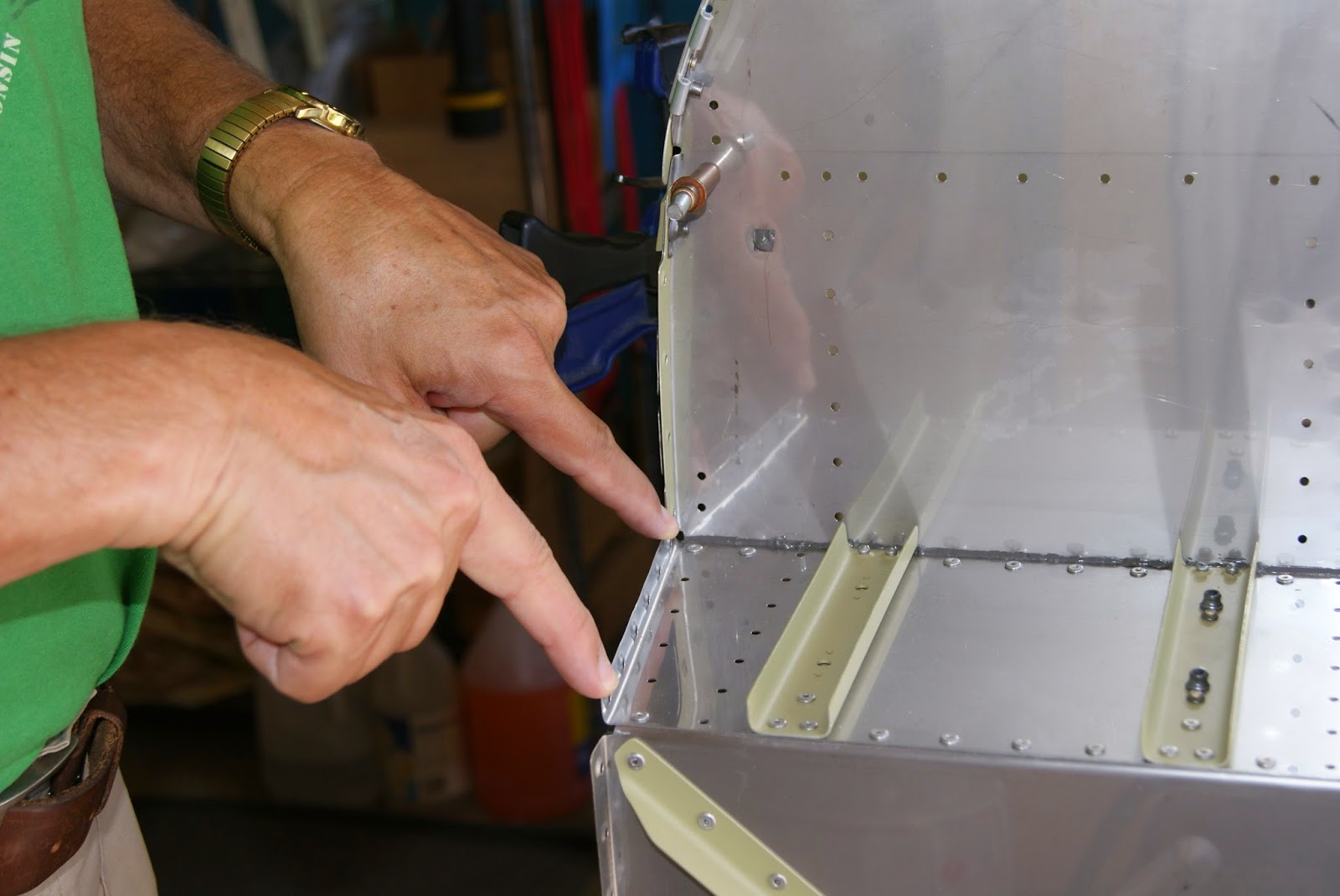 My fingers are pointing to the two rivets which need to be drilled out … this will allow the F-1295-R stiffener to be riveted to the underside of the F-1201B firewall shelf. 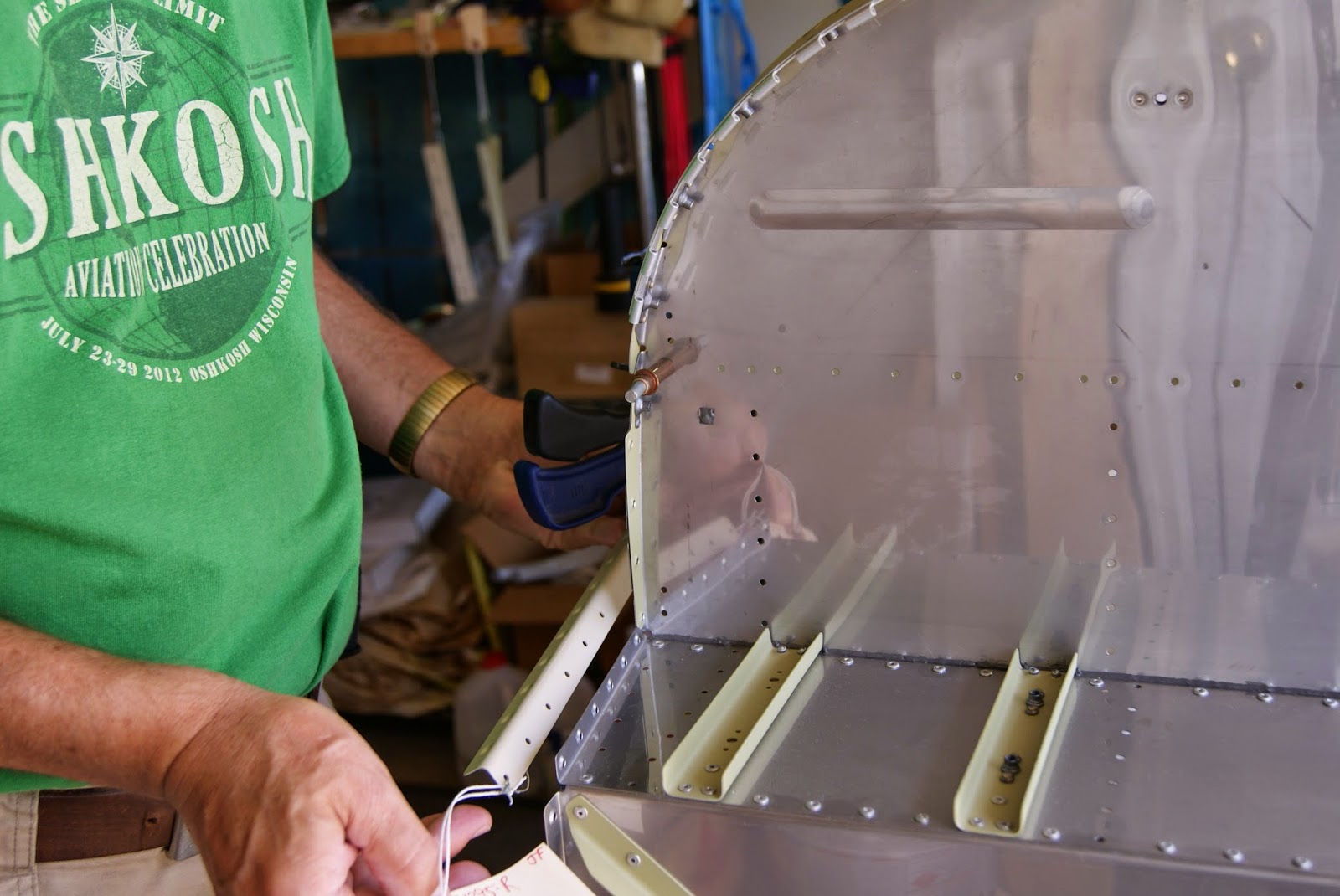 One can see all six rivet holes in the F-1295-R stiffener that need to attach to the underside of the F-1201B firewall shelf.

I believe this is a case where the F-1295-L&R stiffeners were added later to the RV-12 kit and the wording in the instructions had not caught up yet. Sure glad I discovered this prior to having the side skins installed, otherwise it would have been much tougher to remove the two offending rivets on each side of the F-1201B firewall shelf. As it was, the two rivets closest to the upper firewall posed a bit of a challenge because the rivets were so close to the upper firewall that the body of the drill prevented a straight shot at the rivets. Ended up using a 12" drill bit to drill out the two rivets closest to the upper firewall. 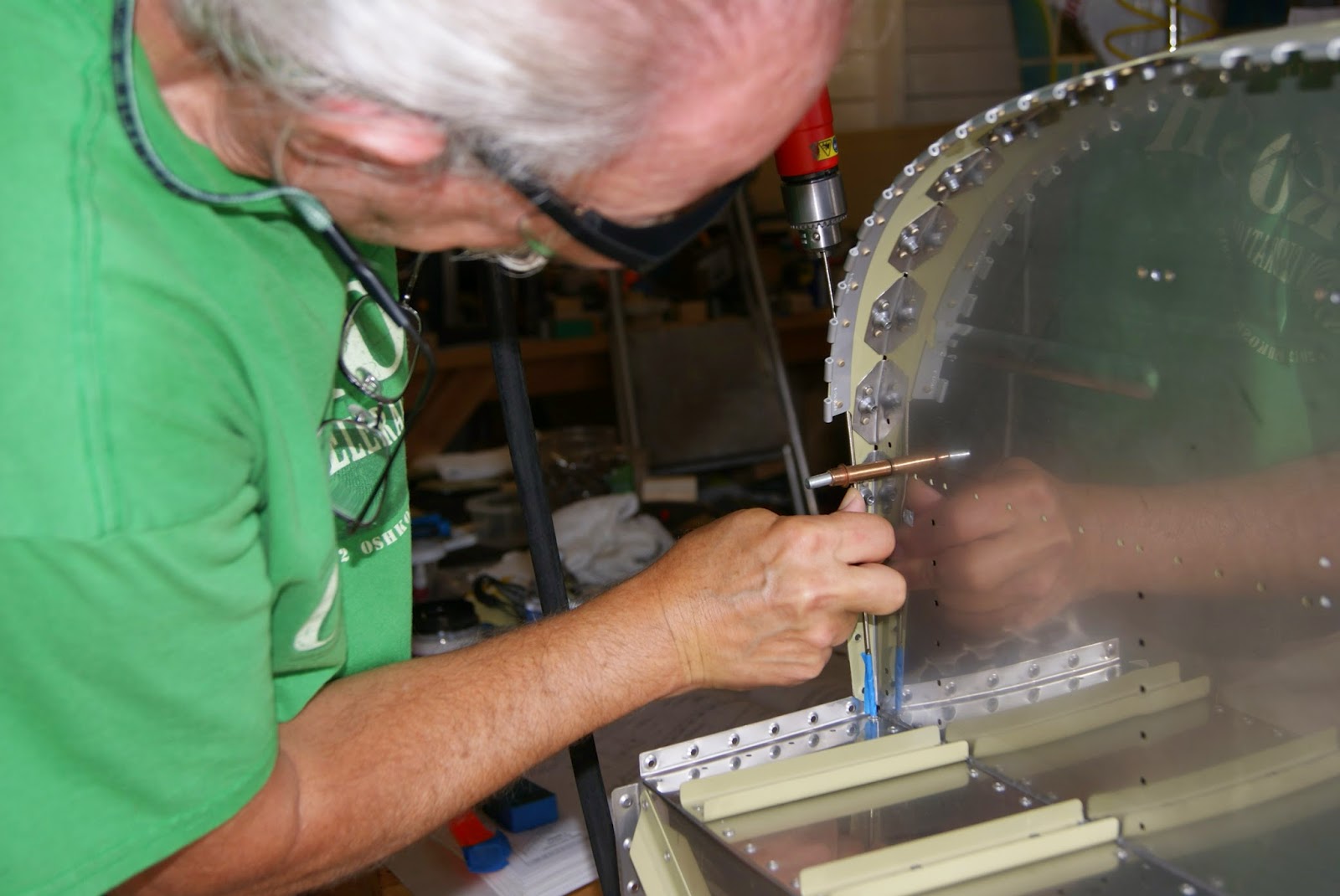 Flexing a 12" drill bit to get a reasonably straight shot at the head of the rivet so it could be drilled out. 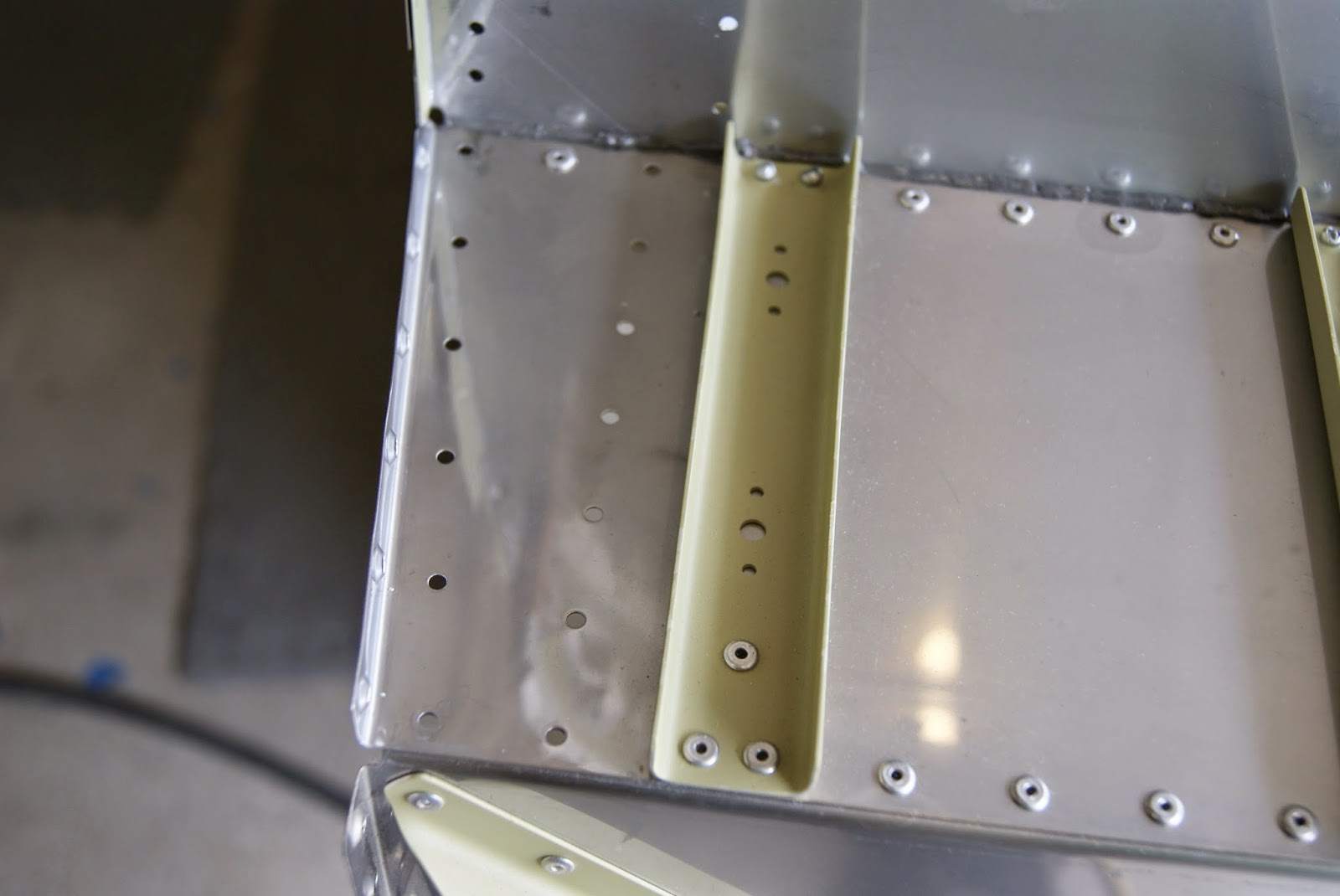 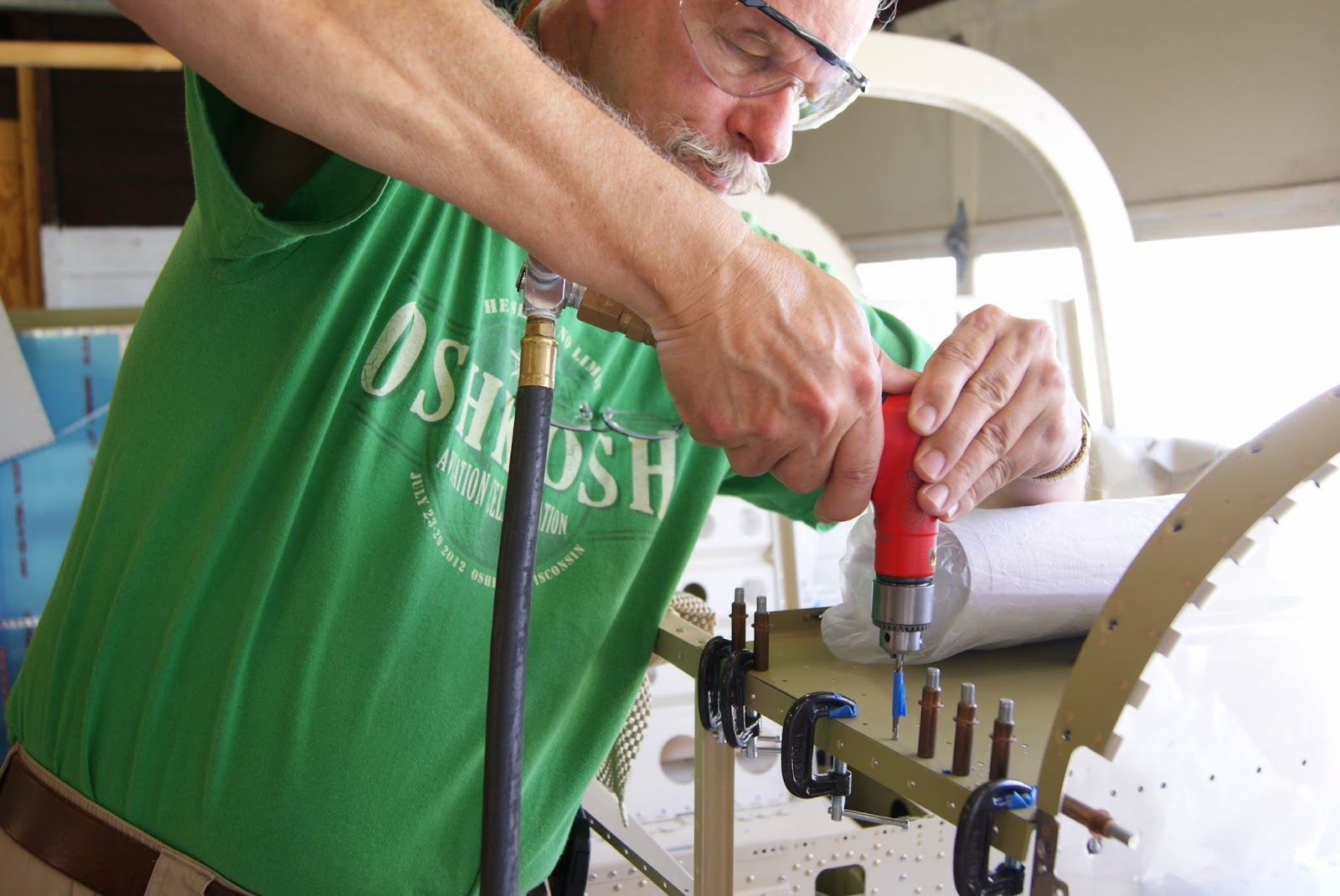 Match drilling #30 the F-1202B panel base to the right longeron. 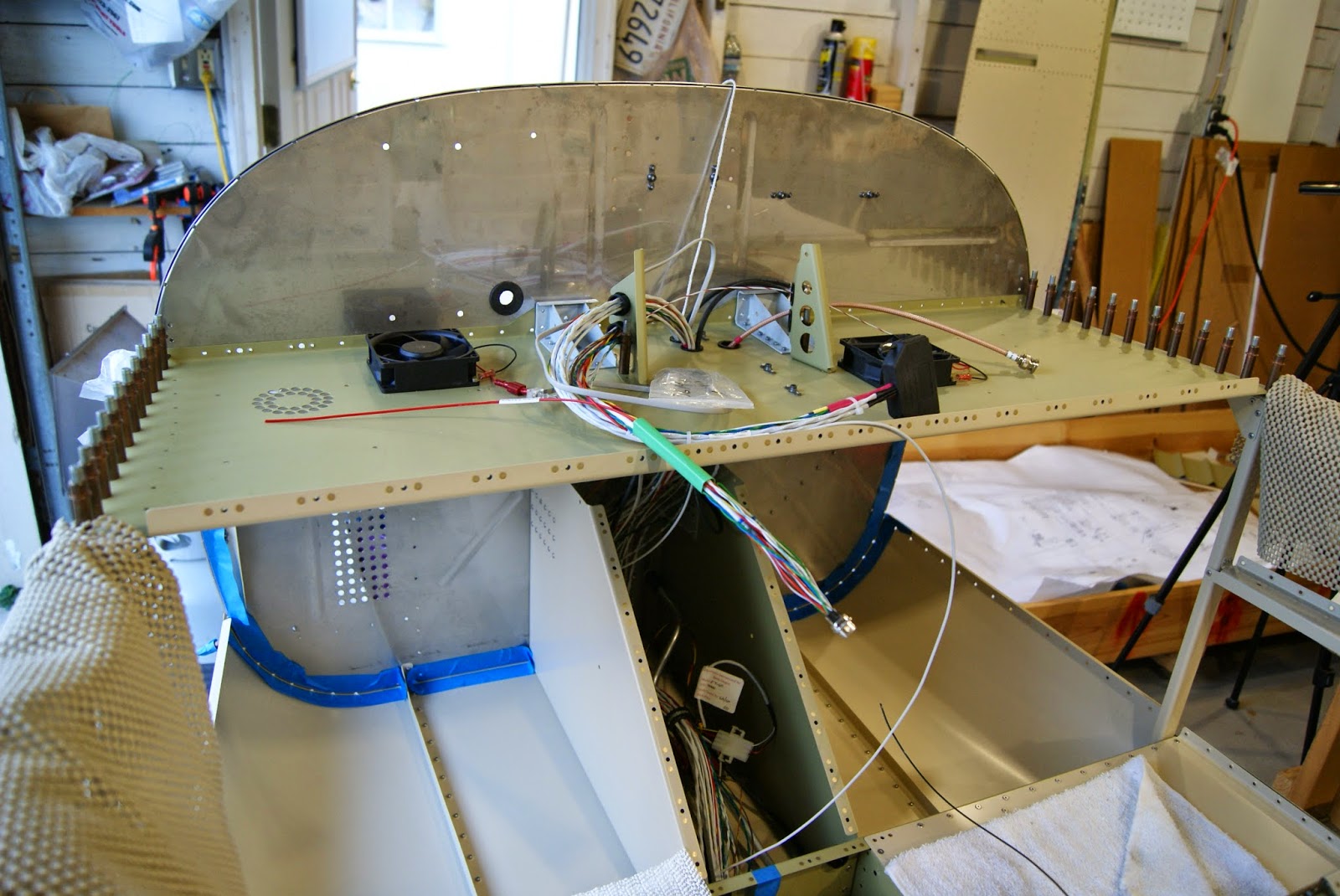 Finished match drilling of the F-1202B panel base to the left and right longerons.
Posted by John at 10:14 PM