After giving the botched F-1237E hinge debacle considerable thought, an action plan was formulated to correct my failure to remove the center eyelets on the hinges. All the rivets holding the hinges in place could have been drilled out so the hinges could be removed … but that choice was deemed to be an “if all else fails option”. Reason being, I wanted to make sure ALL the rivet pieces could be collected and not left to rattle around inside the fuselage. Because hand access to some of the internal ribs are now essentially closed off - drilling out all of the hinge rivets would have been problematic when it comes to retrieving all the parts.

After a lot of brainstorming, decided to do some practice cuts on scrap material for proof of concept testing. All went well so it was time to put the plan in motion. Figured I could remove the two rivets in the area where the eyelets need to be removed. Collecting all the rivet pieces proved to be a very time consuming and challenging task, but finally got all the pieces retrieved. 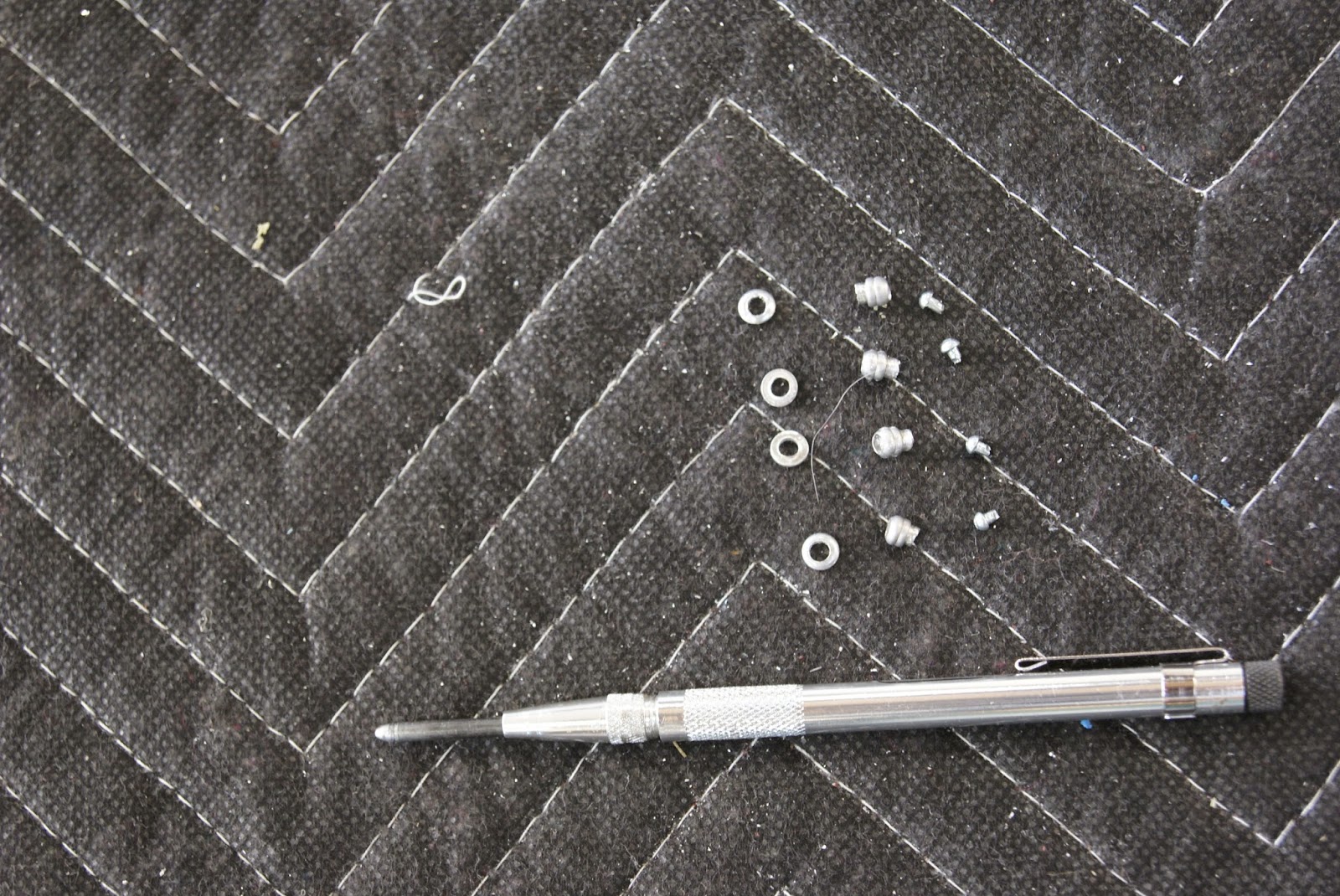 The rivets in the vicinity of the eyelets that required removal were drilled and carefully collected to insure no lose parts were left inside the seat ribs. 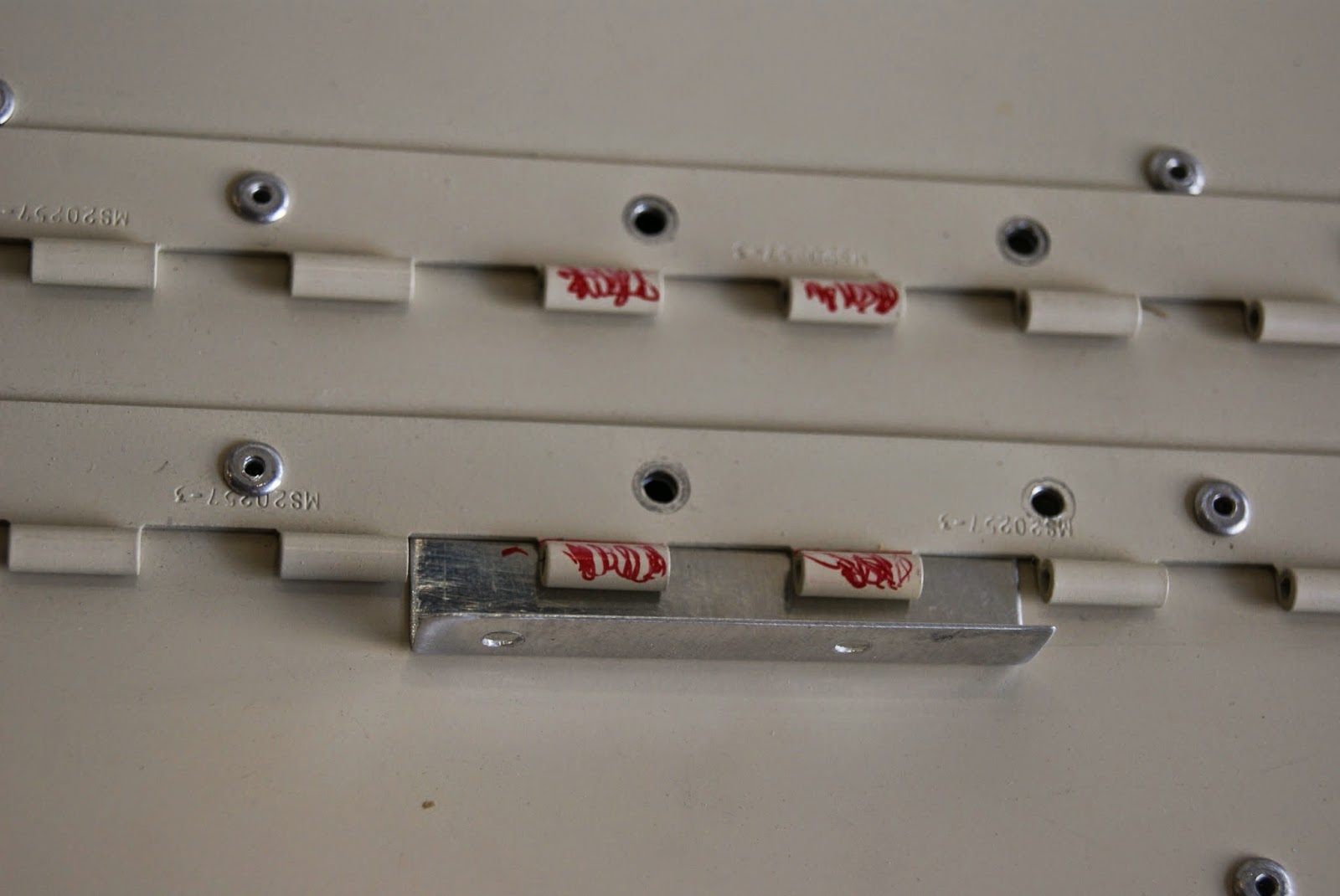 F-1237E hinges with rivets drilled out and eyelets requiring removal marked in red.

The plan was to hope the removal of two rivets would create enough flex in the hinge and seat pan to allow a thin .020" spacer to be slid under the hinge to act as a shield for a cutoff wheel on a Dremel. As can be seen in the above photo, that plan worked out well. 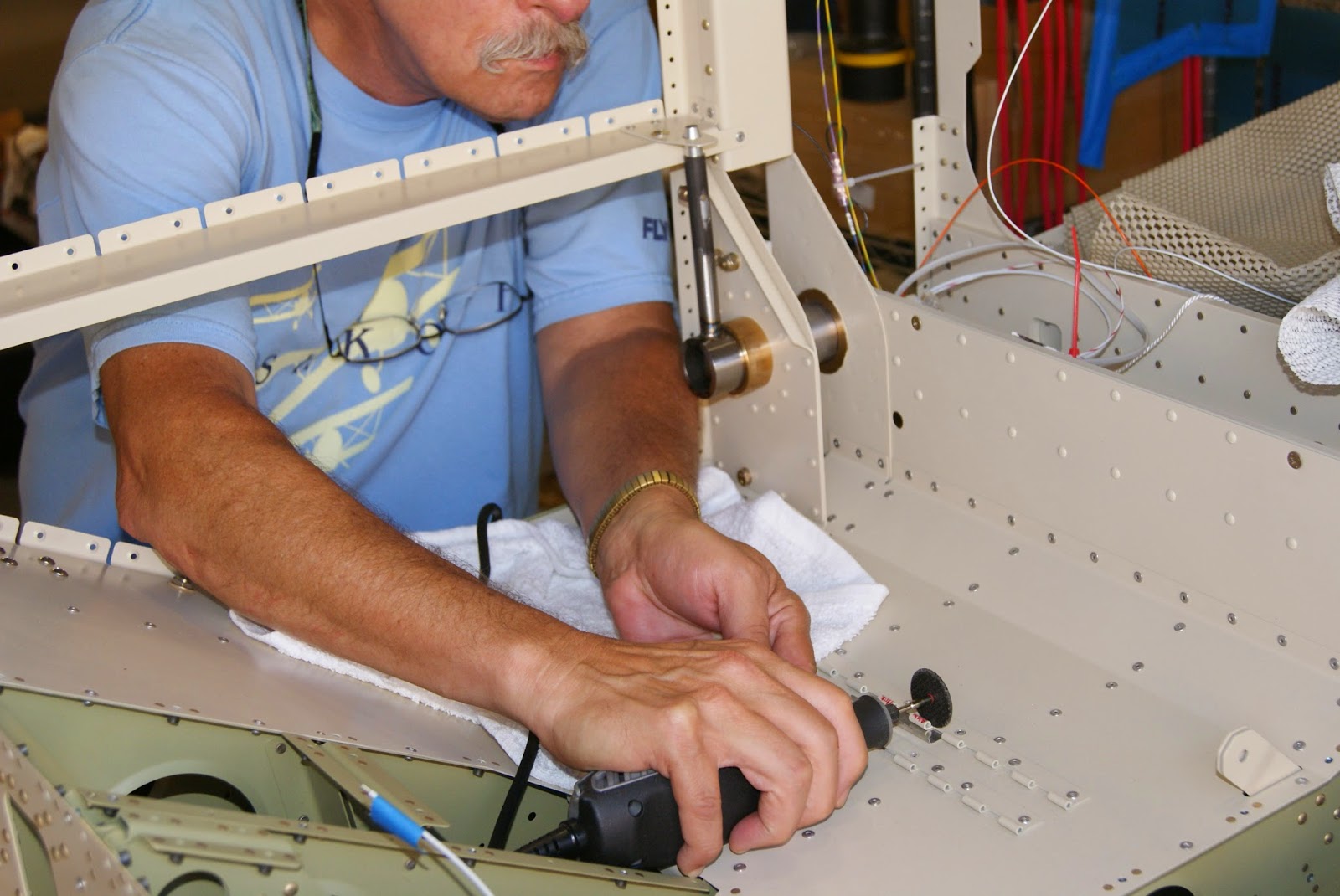 Using a Dremel outfitted with a cutoff wheel to carefully remove the two offending hinge eyelets on each F-1237E hinge. The .020" shim slid under the hinge did a great job of protecting the underlying seat pan. 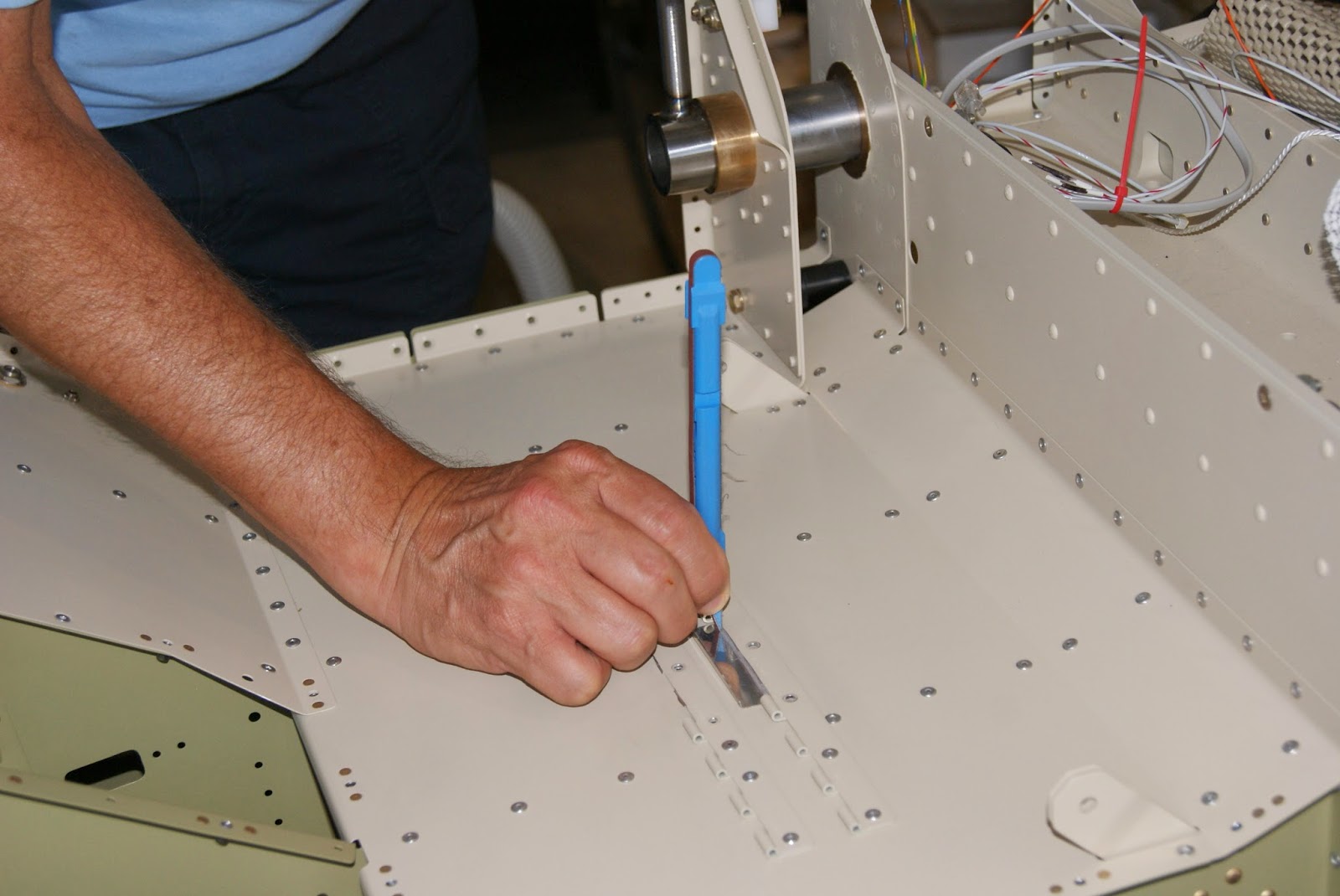 Using one of the sanding sticks to smooth up the edges of the hinge after removing the eyelets. 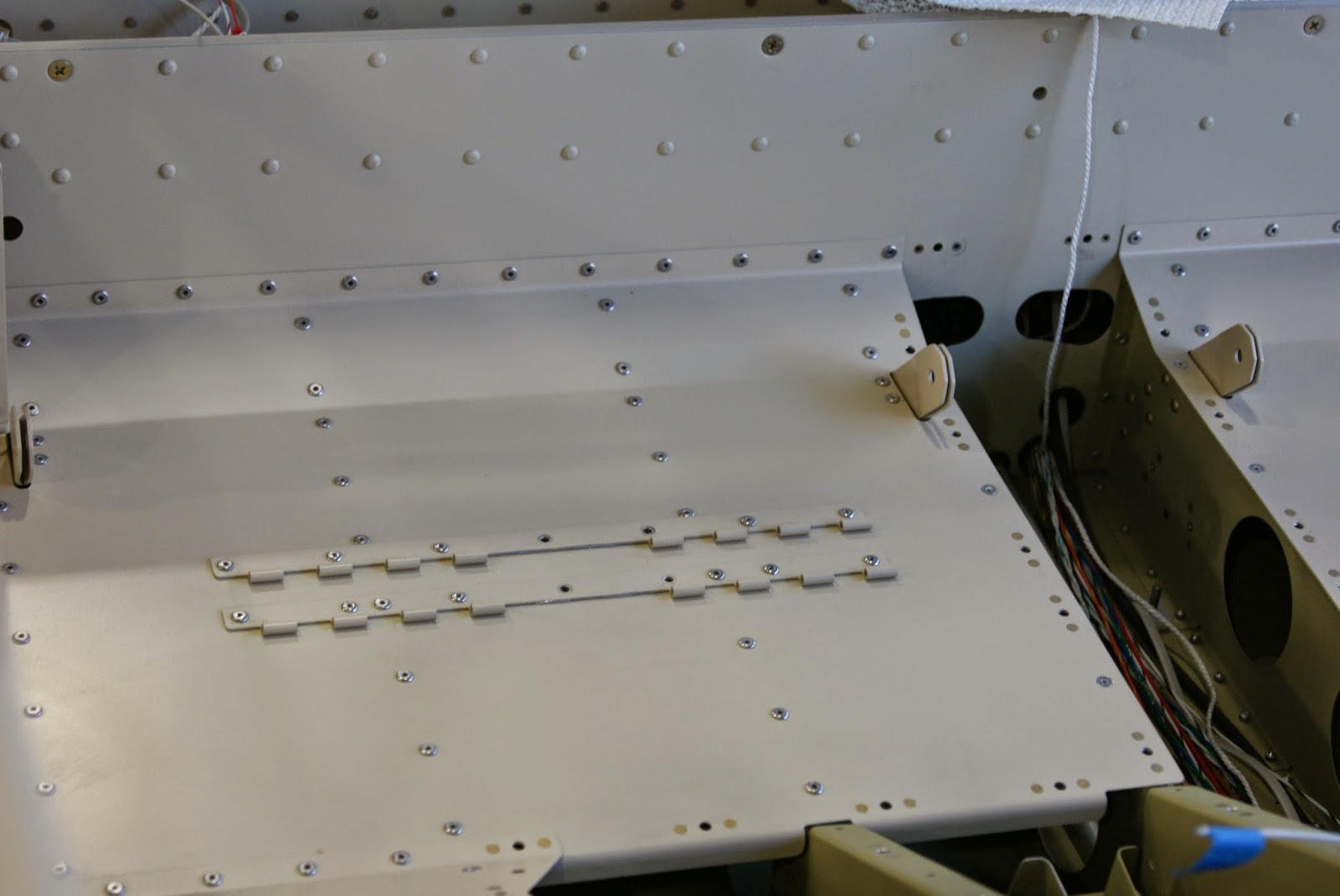 Right seat hinges after removing the two offending eyelets on each of the hinge halves.

After successfully removing the offending eyelets from the right seat’s hinges, the same procedure was used to remove the same center eyelets from the left seat’s F-1237E hinges. Once that was accomplished, the hinges were re-riveted onto the seat pans and the seat frames installed in the fuselage thus completing section 26 of the plans. 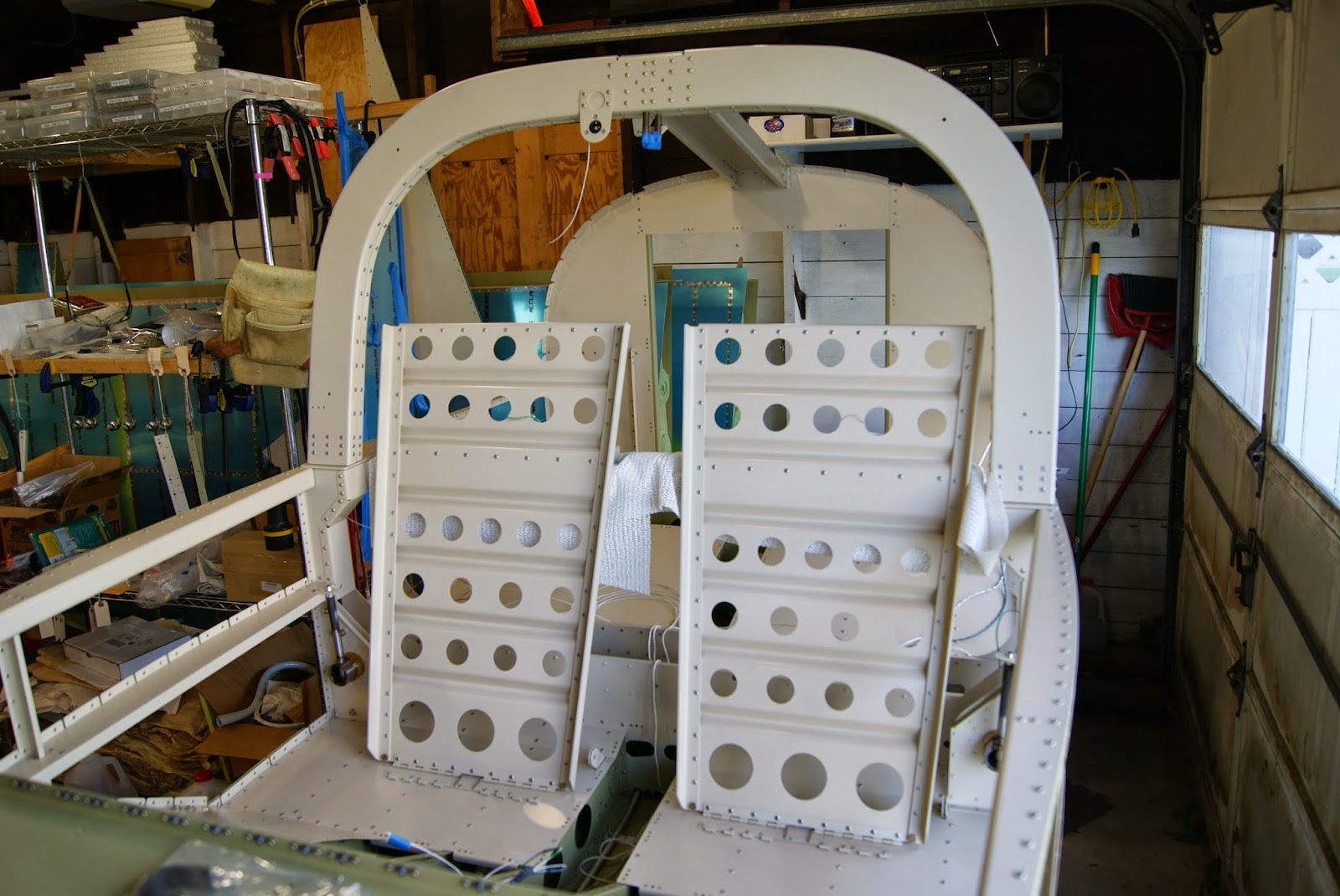 Both seat frame assemblies installed in the fuselage and ready for the seat cushions.
Posted by John at 9:23 PM