A Hodge-Podge Of Work Activity 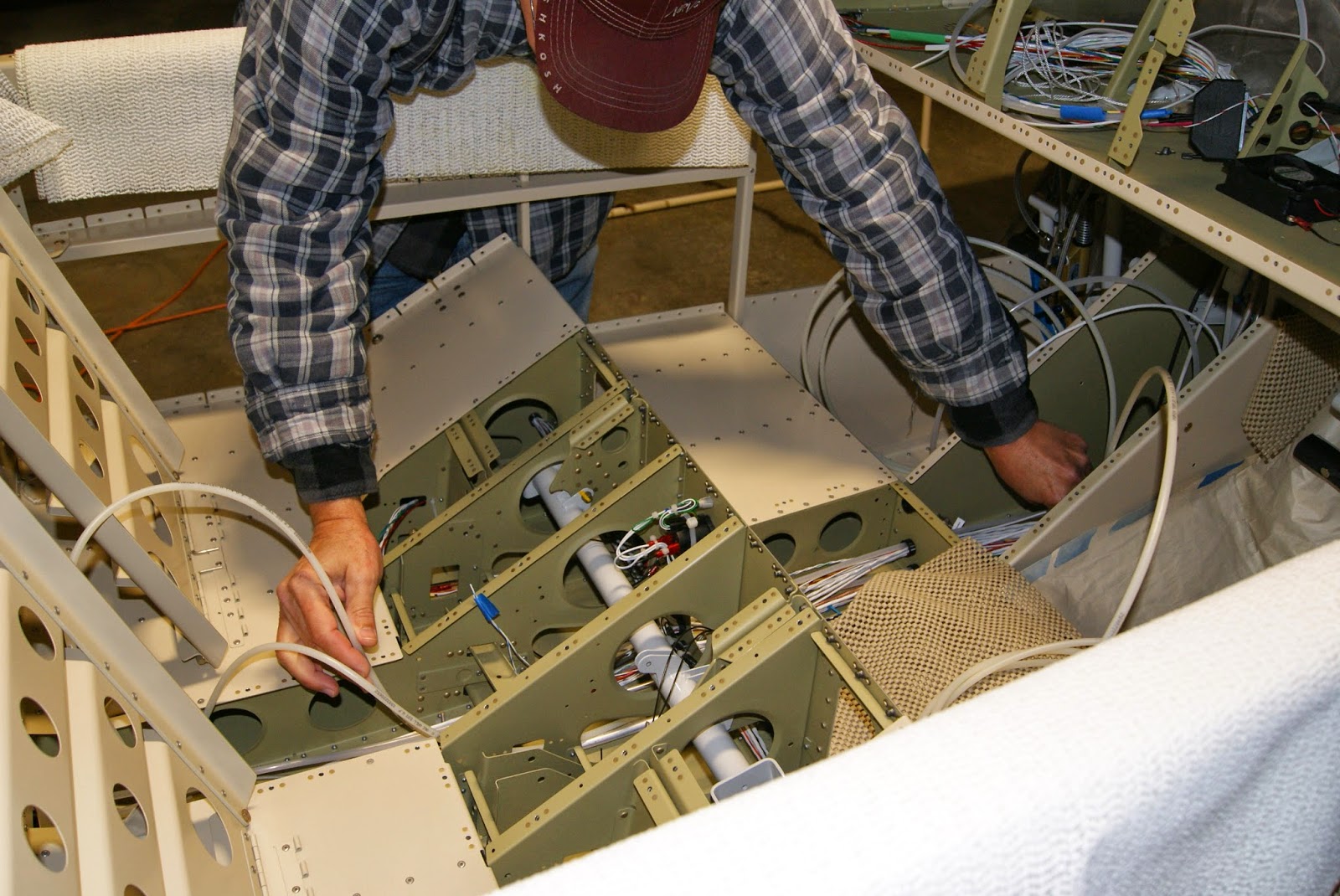 Pulling the excess brake line forward … will need help to finish the job of measuring in the center channel.

On the recommendation of a Rotax mechanic on the forums, the DOG Aviation purchasing department procured a Handi-Cut made by Sears. This tool has a razor sharp cutting blade that will easily cut through all sorts of tubing - fuel line hose, water line hose, oil line hose and fire sleeve while making perfectly smooth square cuts every time. Have to say, it works great. 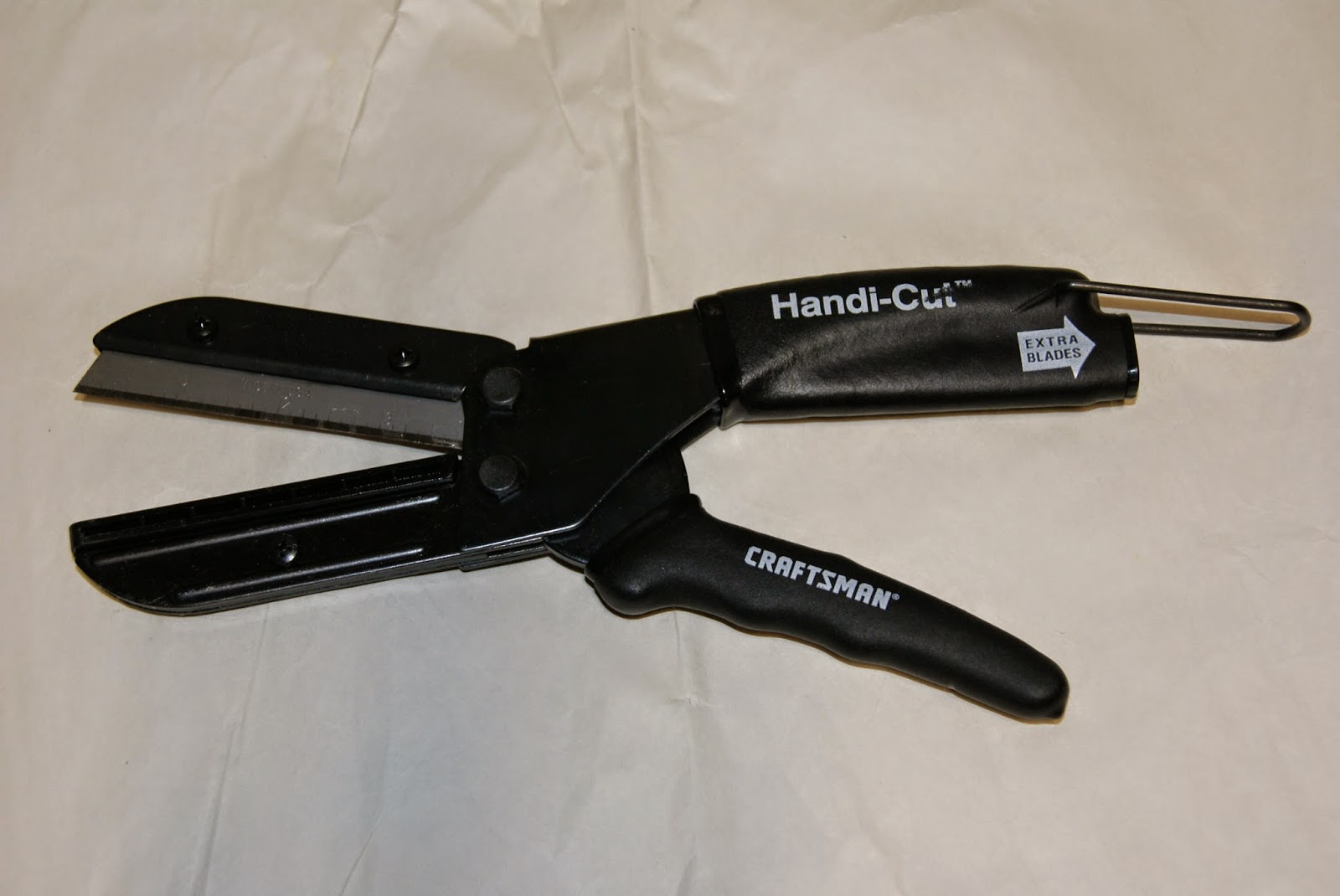 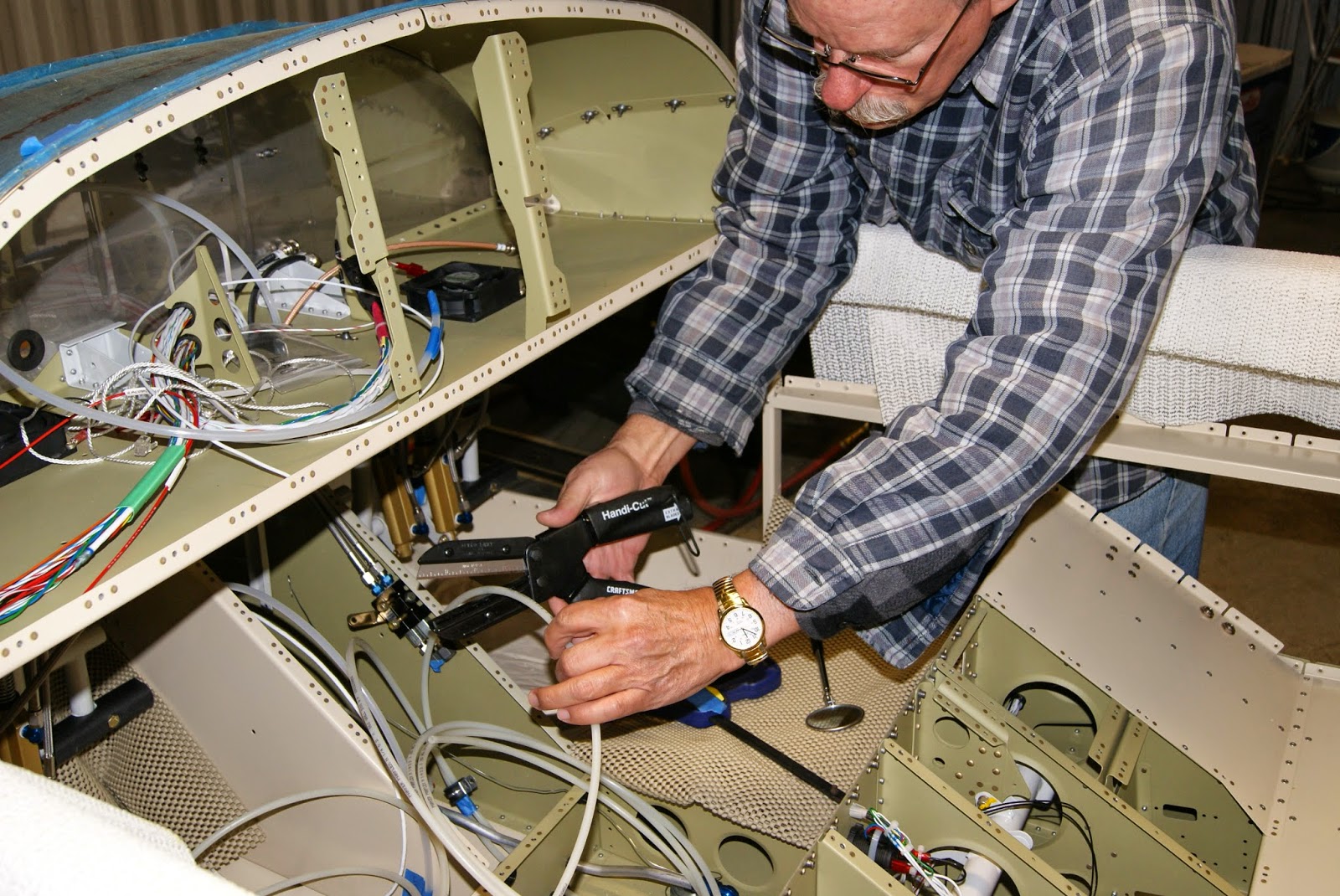 Using the Sears Handi-Cut to cut the poly brake line.

Mike said he was stopping by the hangar later in the afternoon, so while waiting for the extra help to correctly position the brakes line in the center channel, decided to work on other items to keep progress moving forward.  The longer AN525-10R20 screws ordered for mounting the Matco parking brake came in … so they were installed on the Matco parking brake. At first glance they look too long but are the right size. This is because Matco wants a rubber washer installed between the bolt or screw and the body of the Matco parking brake so the unit can flex a little … the additional length of the screw will be taken up by a thin washer and Nyloc nut - this should leave a couple of threads showing which will be perfect. Did not permanently mount the parking brake at this time because it appears it may be easier to use wrenches to tighten the brake line compression fittings if the parking brake is not tight up against the tunnel rib. 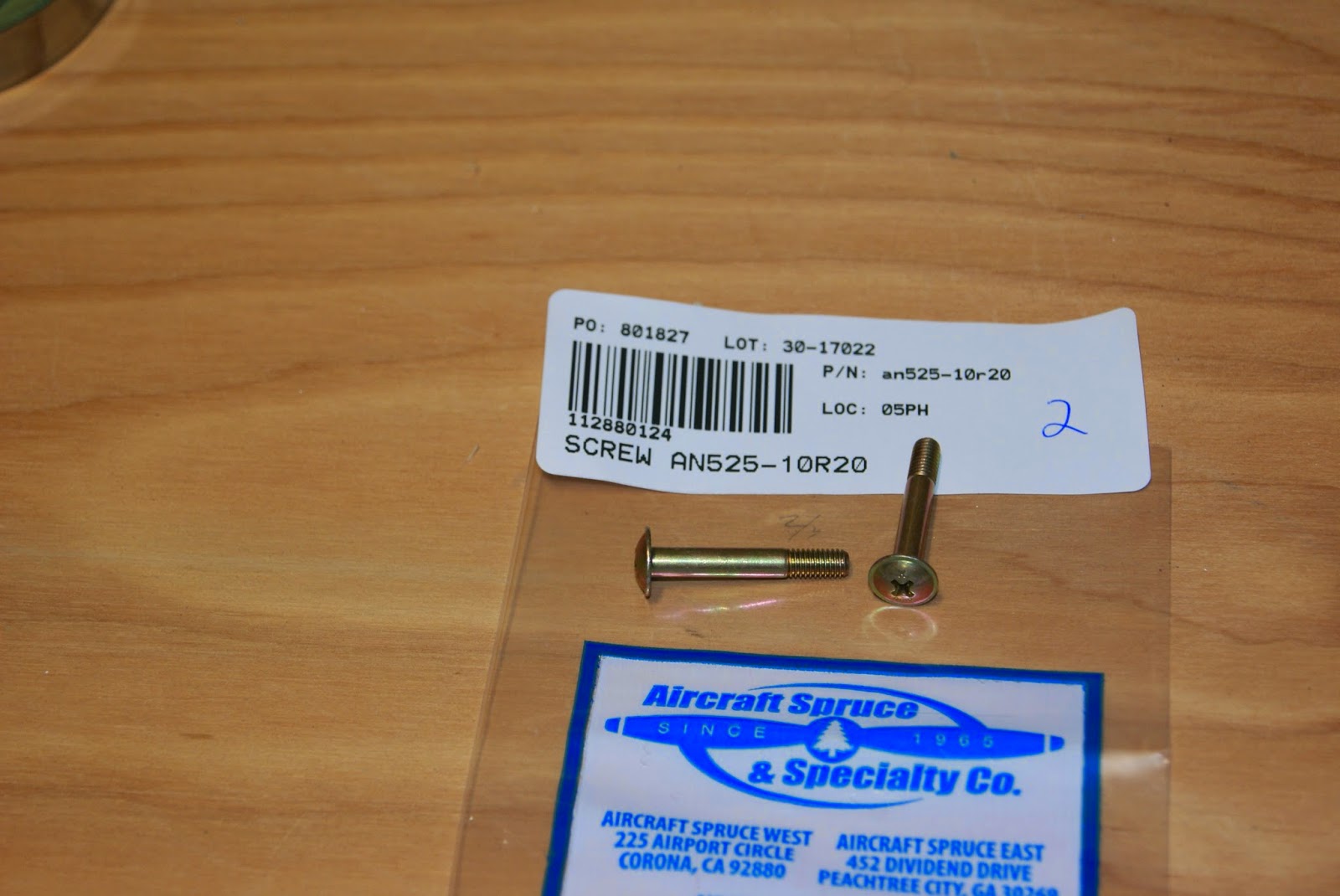 While waiting for Mike, went to work on installing the VA-146 bearings onto the F-1263A&B flaperon mixer bellcranks.  This is another one of the places where it was easy to squeeze solid rivets with the pneumatic squeezer so AN470AD4-5 solid rivets were installed in place of LP4-3 pop rivets. Gee, it has been a long time since the pneumatic squeezer had been used … it still works. 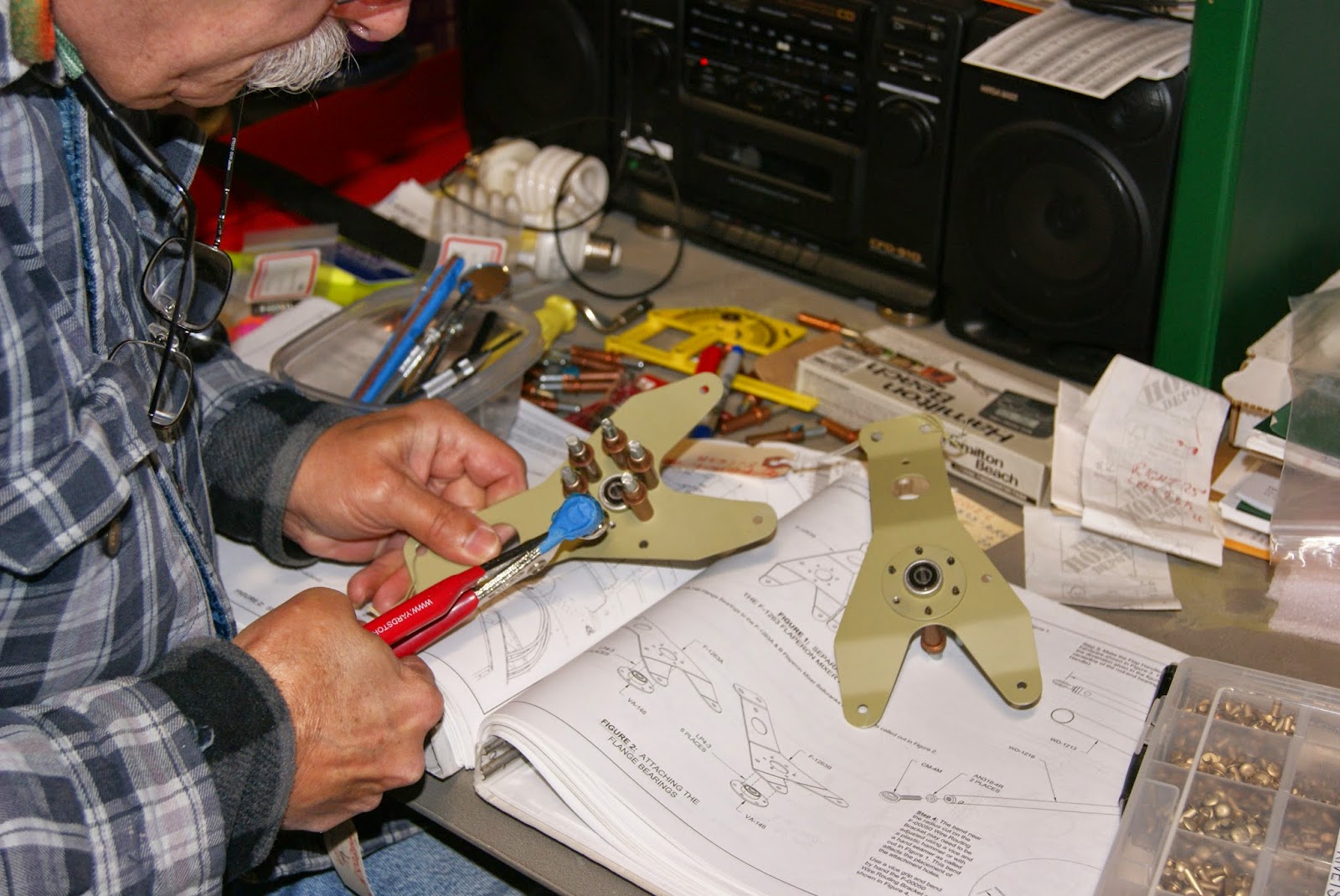 Securing the VA-146 bearing onto the F-1263A flaperon mixer bellcrank with Clecos in preparation for riveting. Using the pneumatic squeezer to rivet the VA-146 bearing onto the F-1263A flaperon mixer bellcrank using AN470AD4-5 solid rivets in the place of LP4-3 pop rivets. 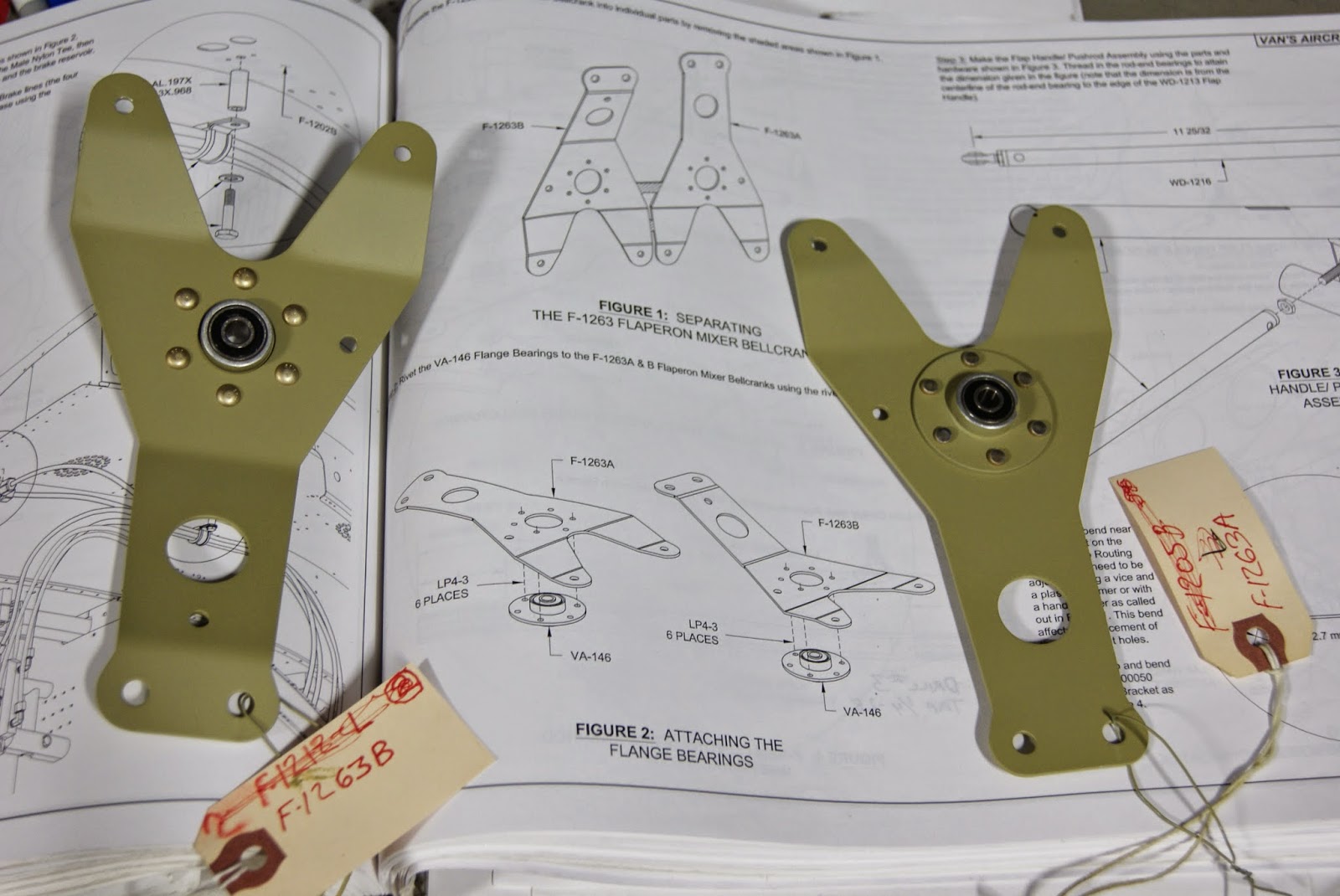 Both completed F-1263A&B flaperon mixer bellcranks with the VA-146 bearings riveted in place with AN470AD4-5 solid rivets in place of LP-4-3 pop rivets.

Looking for more to do while waiting for Mike decided to turn my attention to the task of trimming the F-1262 flap handle blocks. The plans call for trimming 3/4" off both bottom corners of the blocks. Because these blocks were black, decided it best to use masking tape to mark the cut line. 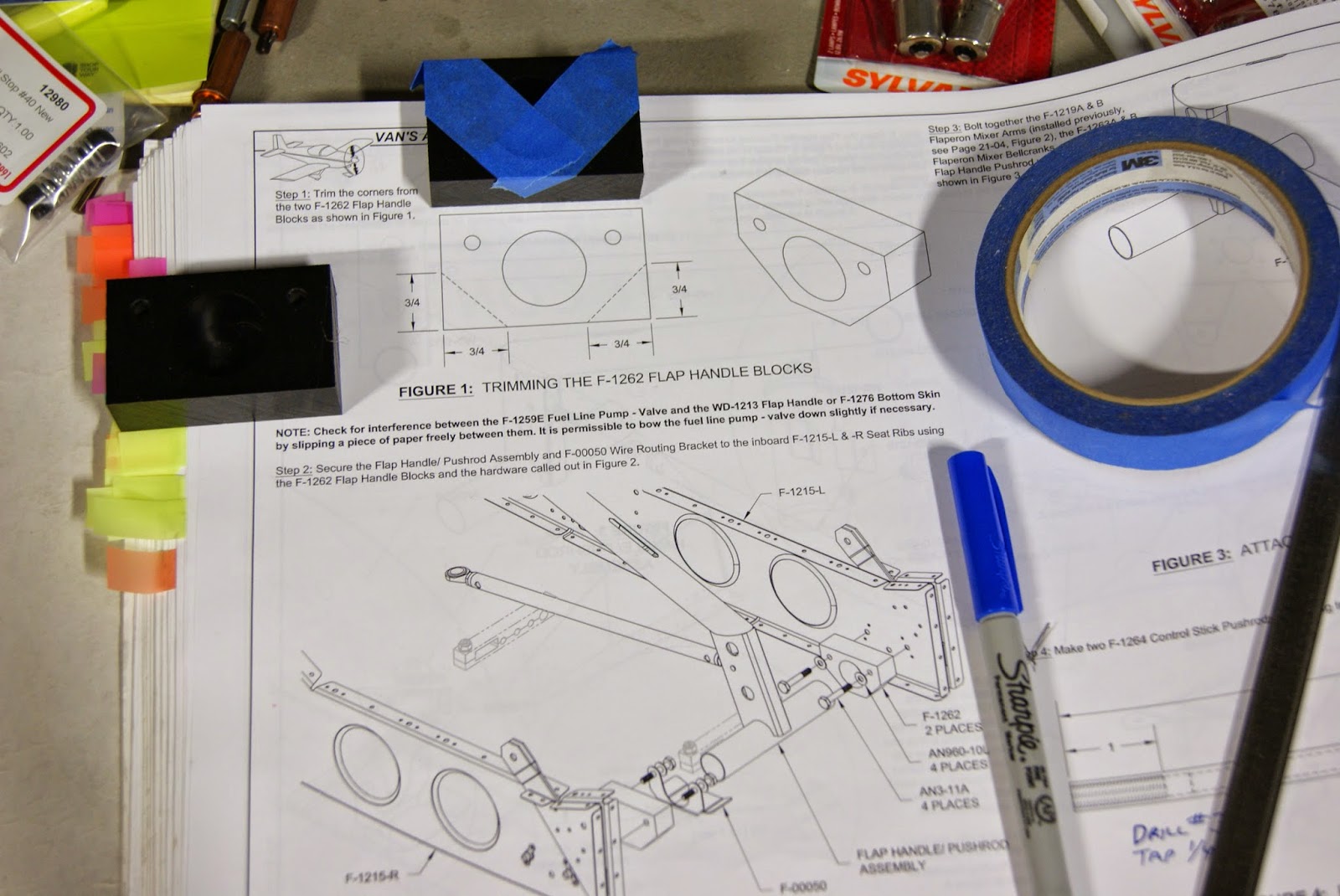 One F-1262 flap handle block with two cut lines marked with blue tape … one down one to go. 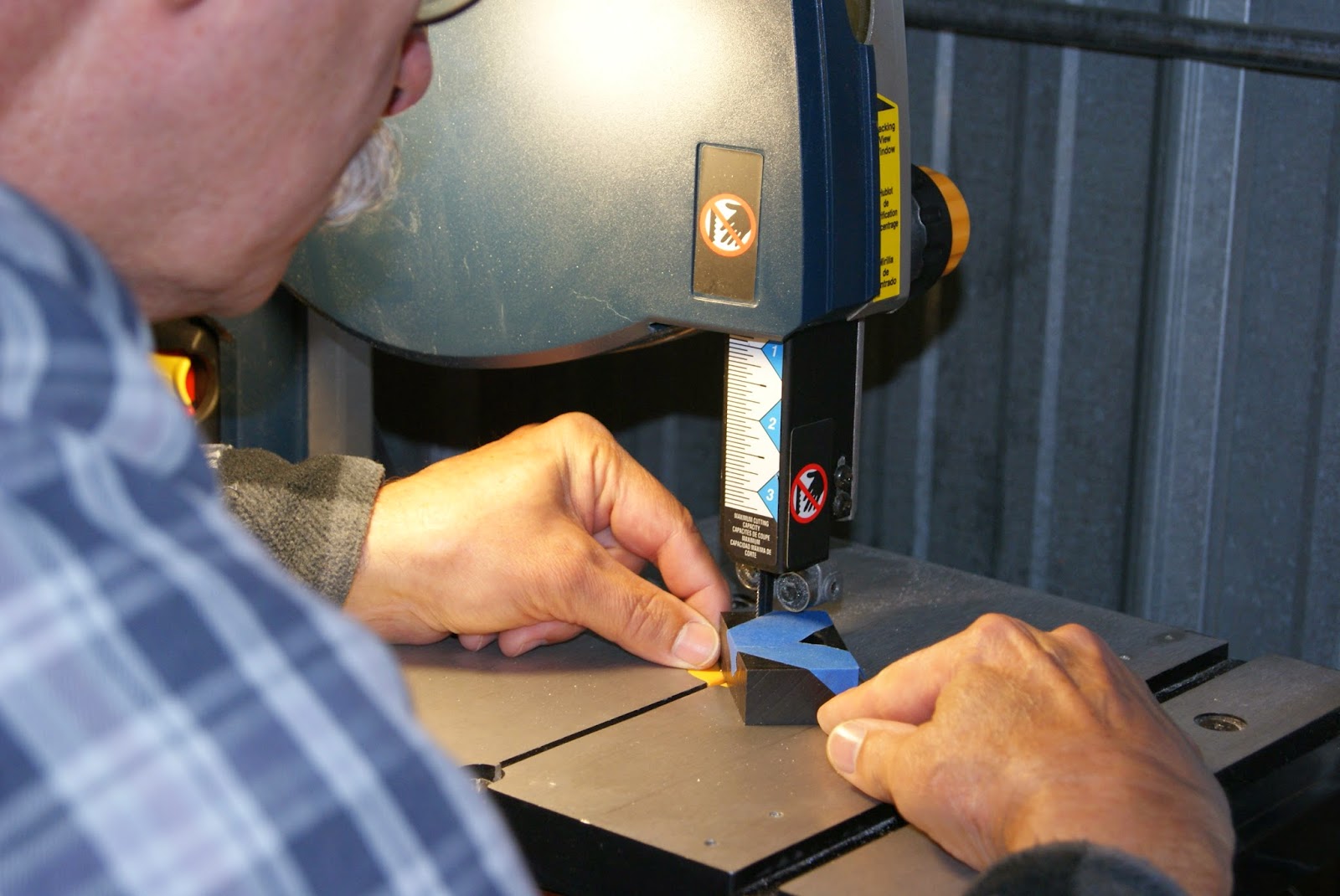 Running one of the F-1262 flap handle blocks through the band saw cutting 3/4" off the bottom corner of the block. 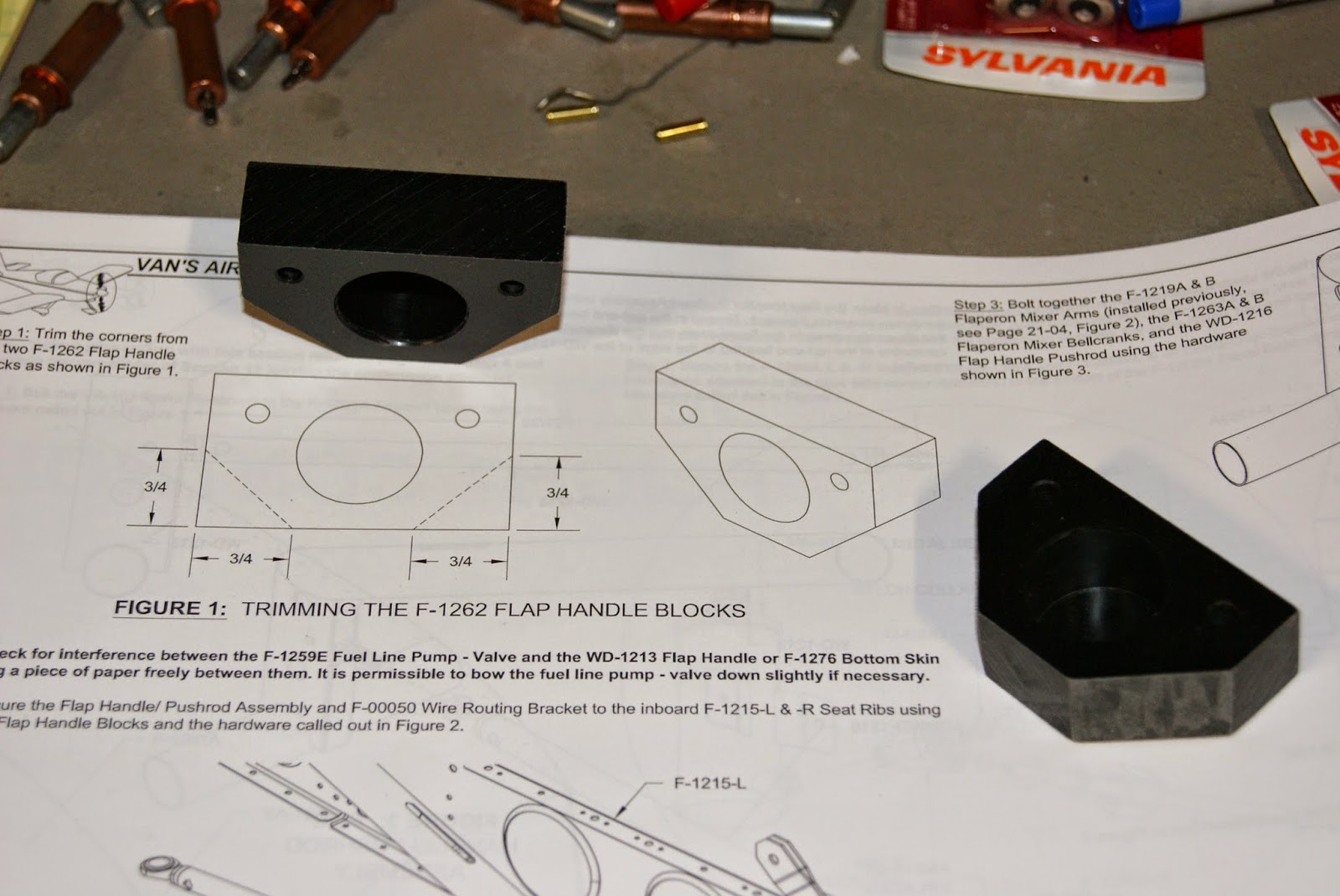 Cuts completed on both of the F-1262 flap handle blocks.

When Mike arrived he was promptly put to work as a human wire tie holding the brake lines in the center channel up against the aft bulkhead while I adjusted the slack of the brake lines to obtain a good fit to the inboard landing gear attach brackets. Once the brake lines were in position, their position in the center tunnel was marked at a pair of grommets … this was done so the brake lines can be pulled forward to facilitate installation of the compression fitting components then pulled back to their correct position. Drilling the tunnel rib for the mounting screw for the Adel clamp that will secure the brake lines to the right tunnel rib.
Posted by John at 6:44 AM