Spent some time working on components that make up the flap controls. The flap handle is a hollow tubular shaft that internally receives a thumb knob, a spring and fork assembly.  These parts allow the flap handle to be raised or lowered then locked in three preset positions. The fork assembly has a pin through it which locks into groves cut into the F-1266A flap detent bracket. The fork assembly has three spacers sandwiched between the two forks this is typically done with pop rivets … but AN470AD4 solid rivets were used in the place of the pop rivets. 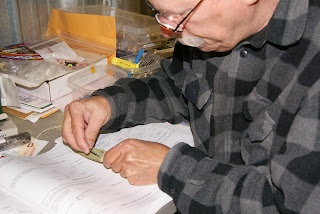 Using a rivet gage to determine the correct rivet length that will hold together the fork assembly. 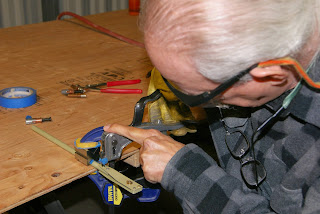 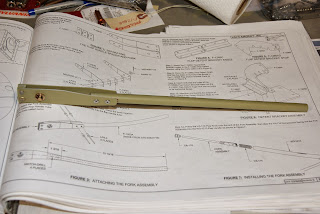 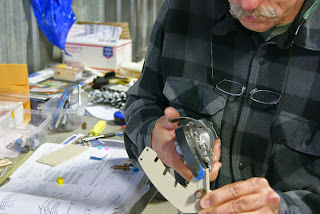 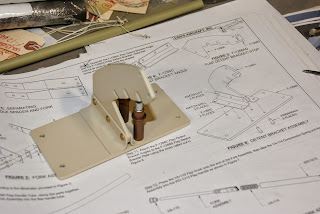 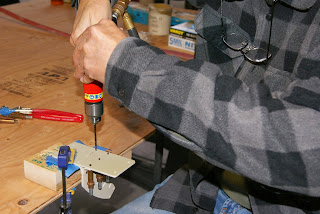 Using the rivet holes in the F-1266B bracket plate to match drill the one F-1266C flap detent angle that had no rivet holes.

After match drilling the F-1266C flap detent angle the assembly disassembled and deburred. Next the six rivet holes in the F-1266B bracket plate are machine countersunk on the bottom side of the plate for AN426AD4-6 flush rivets. 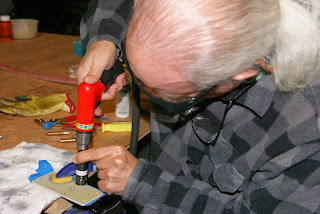 Machine countersinking the six rivet holes in the F-1266B bracket plate with a #30 100 degree countersink bit. 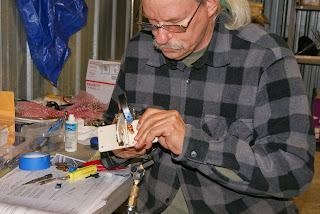 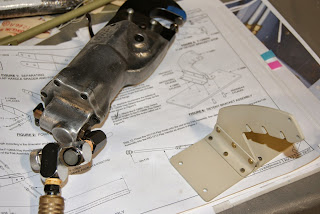