I was hopeful the temporary bounce in temperature a couple of days ago would offer a good day for priming all the brackets that came in the avionics kit. In recent days, all the parts were totally deburred and readied for a final quick scuffing with Scotch-Brite and Acetone cleaning. Unfortunately, the warm weather was accompanied by 30 MPH plus winds making airbrushing the parts totally out of the question … so attention was diverted back to the control sticks.

Based on the test fit of the Tosten CS-8 grips while sitting in “The Perch” last week, 2 1/4" was cut off each W-1212 control stick using a hack saw. Fellow builders be forewarned … doing this will require quite a bit of filing to custom fit the Tosten CS-8 bushings to the control stick. This is because the bushings are being inserted into the beginning of the transition of the goose neck bend … felt it desirable to get the Tosten grips as low as possible which still leaves them about an inch or so higher than the standard bicycle grip would be. As such, the tubing is no longer perfectly round at this point, so the bushings require a lot of tweaking to get them to fit correctly.  Basically, the Scotch-Brite wheel was used until the lower half of the bushing could be inserted into the control stick. From there on, a nut, bolt and washers were used so the bushing could be removed after pushing it into the tubing enough to put score marks onto the soft aluminum of the bushing. Then the areas of the bushings that showed scuffing were filed a little with a jewelers file … then the process repeated until the bushing went all the way into the control stick. 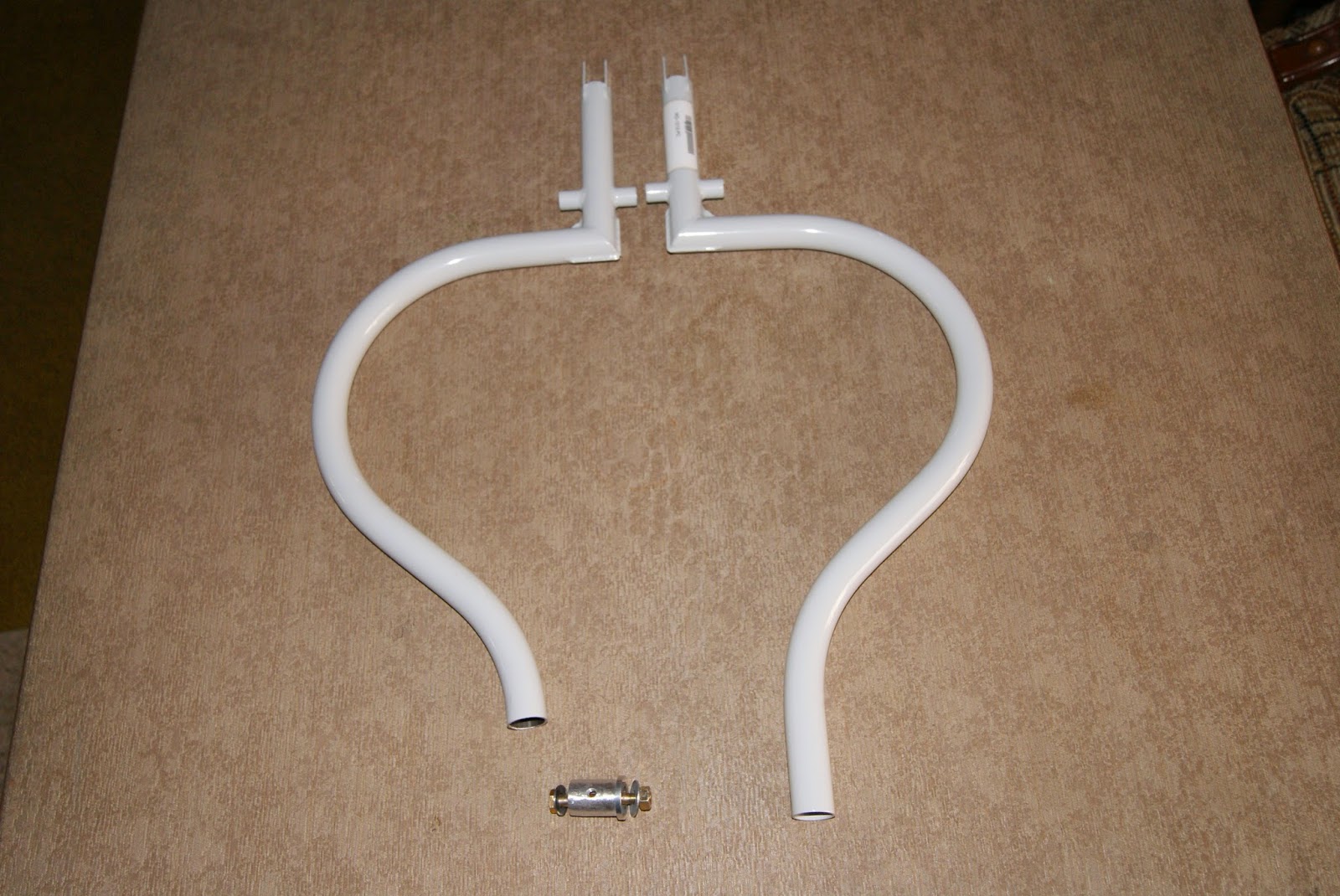 W-1212 control stick on left after cutting 2 1/4" off to accommodate the Tosten CS-8 stick grips. A bolt, nut and washers made it easy to remove the bushing during many trial fittings. 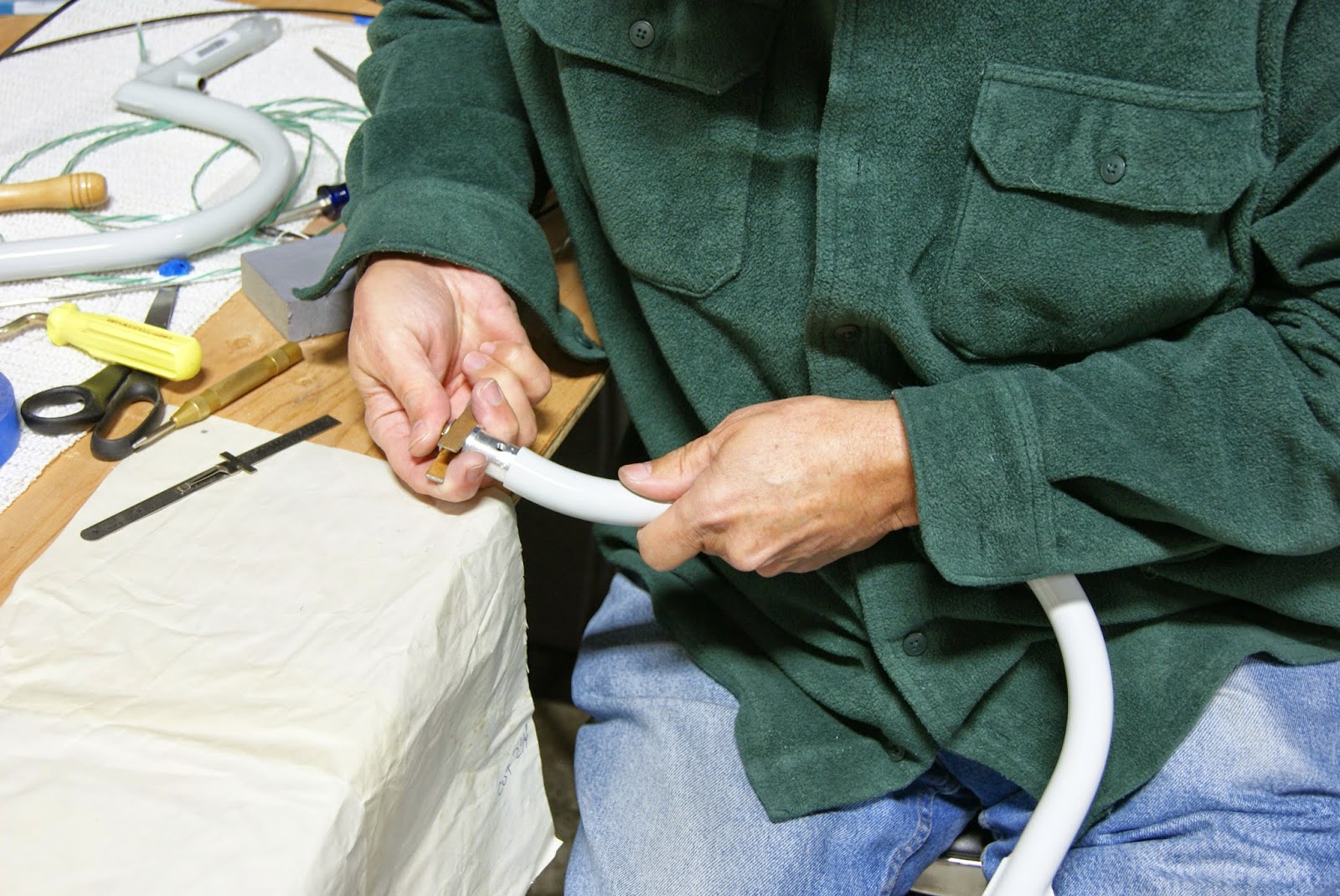 Saving the fingers during one of the many – many - many insertions and removals by popping the bushing out of the control stick using a clothes pin to pull up on the washer.

Once the bushings were fitting nicely in the W-1212 control sticks, the sticks and bushings were marked so they stay as a matched set. Next a #12 hole for the locking screw needed to be drilled into the forward side of the control stick. The #12 hole is centered 1/2" below the shoulder on the bushing. I used an interesting method to drill the bushing as can be seen on the following photo … don’t recommend this, but it did work. 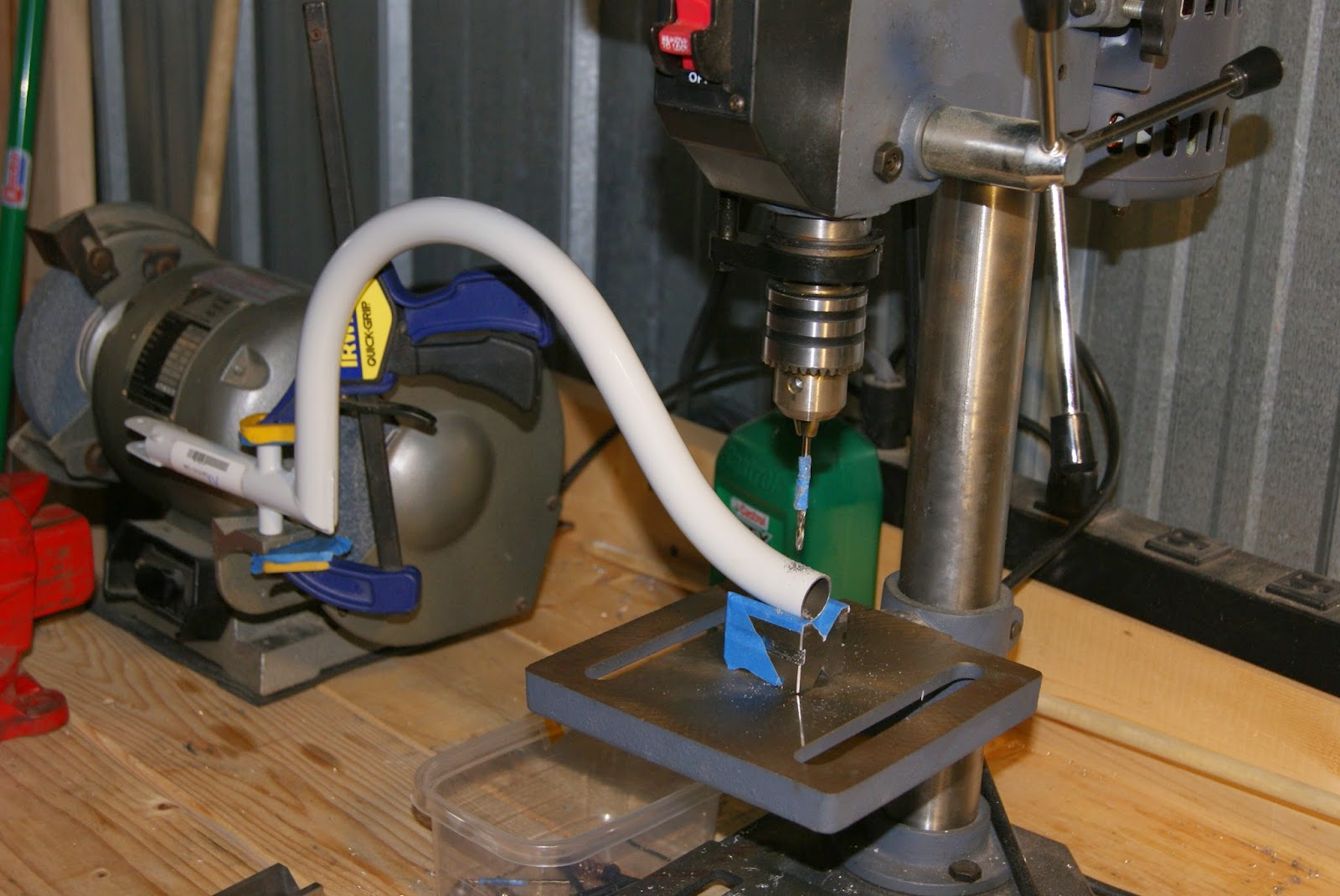 Progressively drilling the W-1212 control stick to a final size of #12 for the set screw that locks the Tosten CS-8 grips onto the control stick. 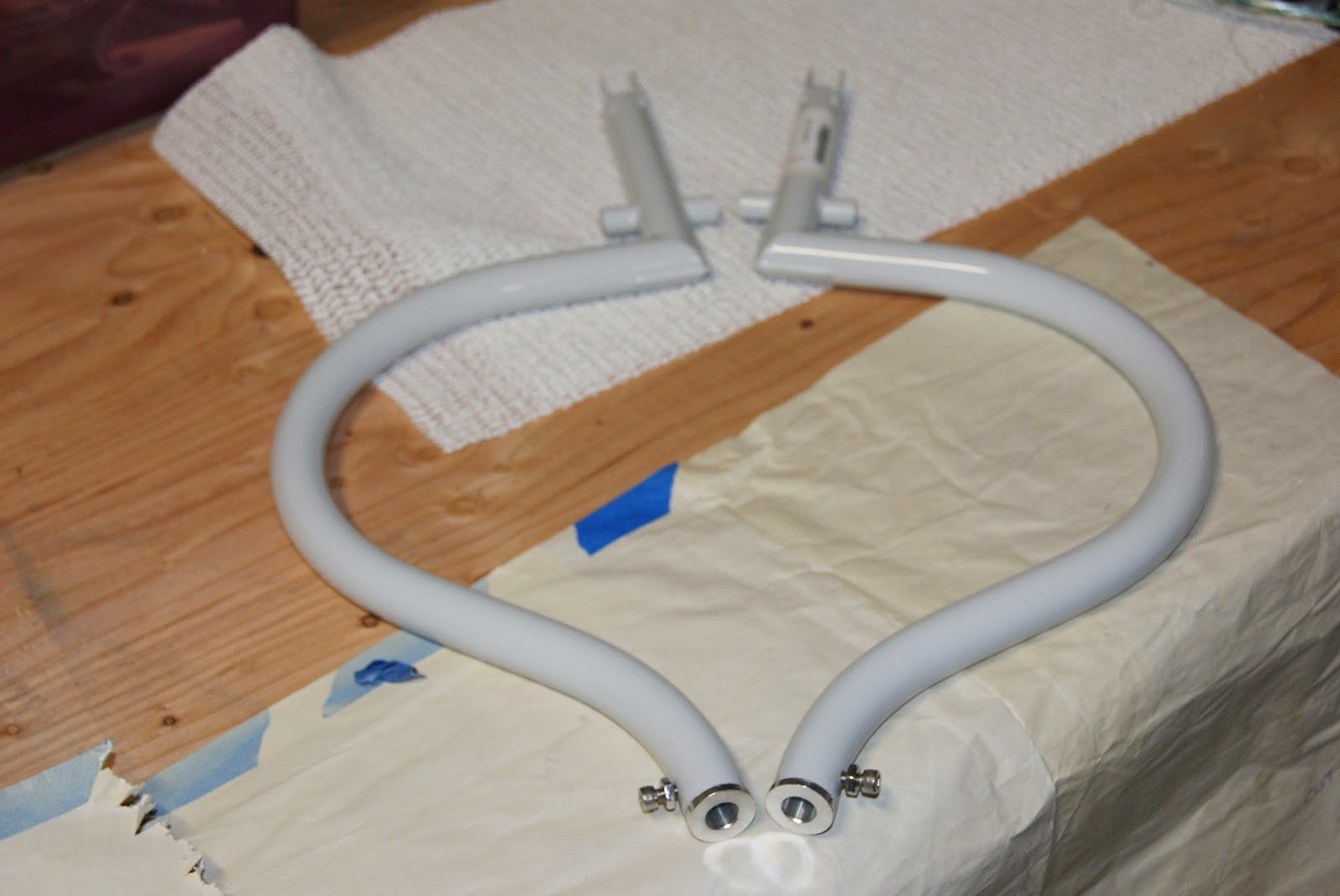