The RV-12’s avionics kit has a handful of parts which require either being separated on the band saw or have areas on the part which require being removed. Yesterday afternoon decided to get at it and separate the parts on the band saw and remove material from the areas requiring trimming. 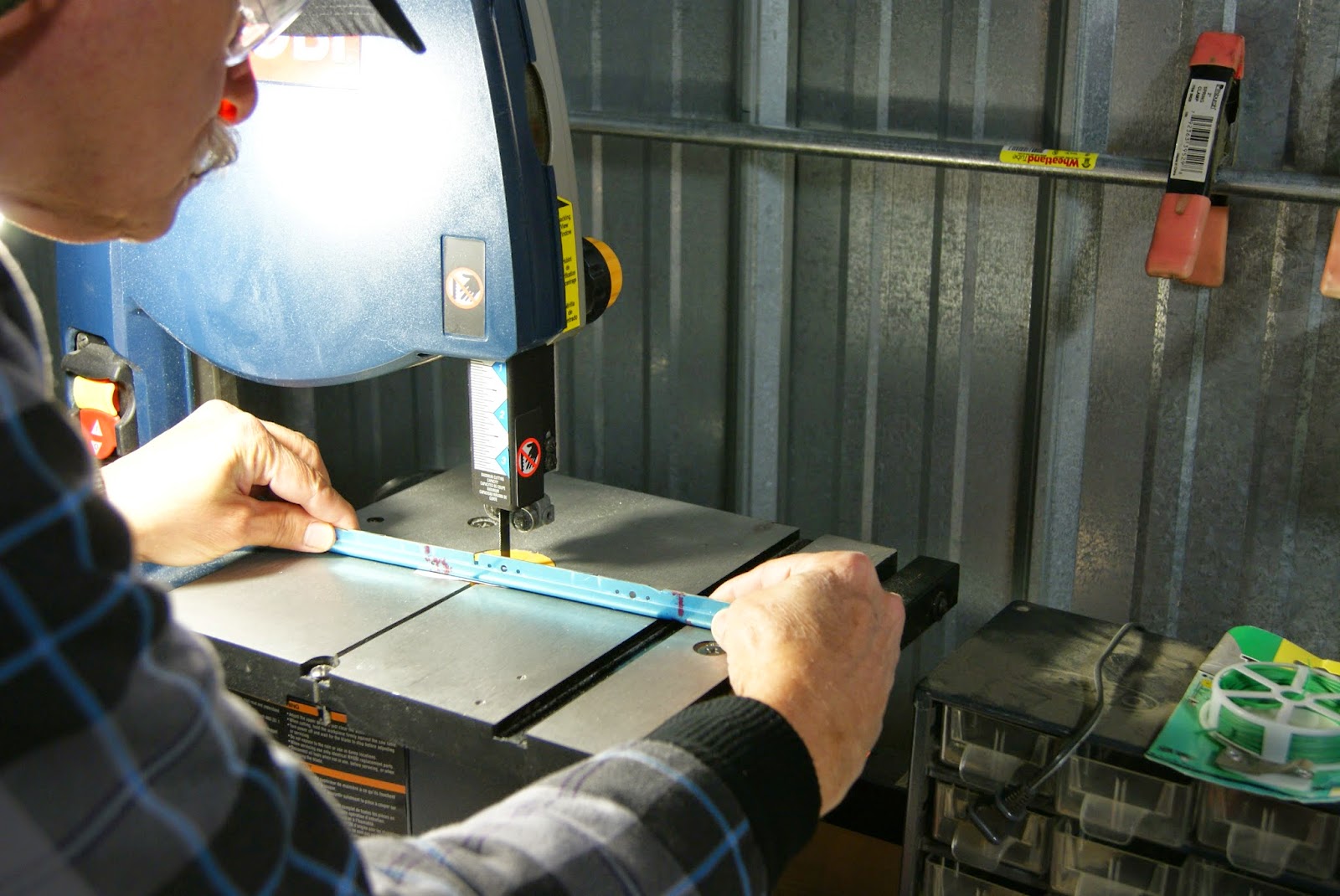 Using the band saw to separate the F-00045B-L&R mounting brackets.

Noticed there were a few pieces in the avionics kit that were duplicates of pieces included with the fuselage kit such as the protective pieces used to cover the wire run in the center channel, along with parts for under the flap handle and flaperon mixer assemblies. Van’s must be including them now with the avionics kit … which makes sense because they are not needed until the all the wiring is completed. Also included was the ADAHRS stiffener rib modification released by Van’s earlier in the year which goes in the tail cone … I purchased this modification when it was first released by Van’s not knowing they were planning on including it in the avionics kit. So it looks like I have an extra ADAHRS stiffener rib to pass onto a builder who’s completed assembling the RV-12 prior to the ADAHRS stiffener rib being available. 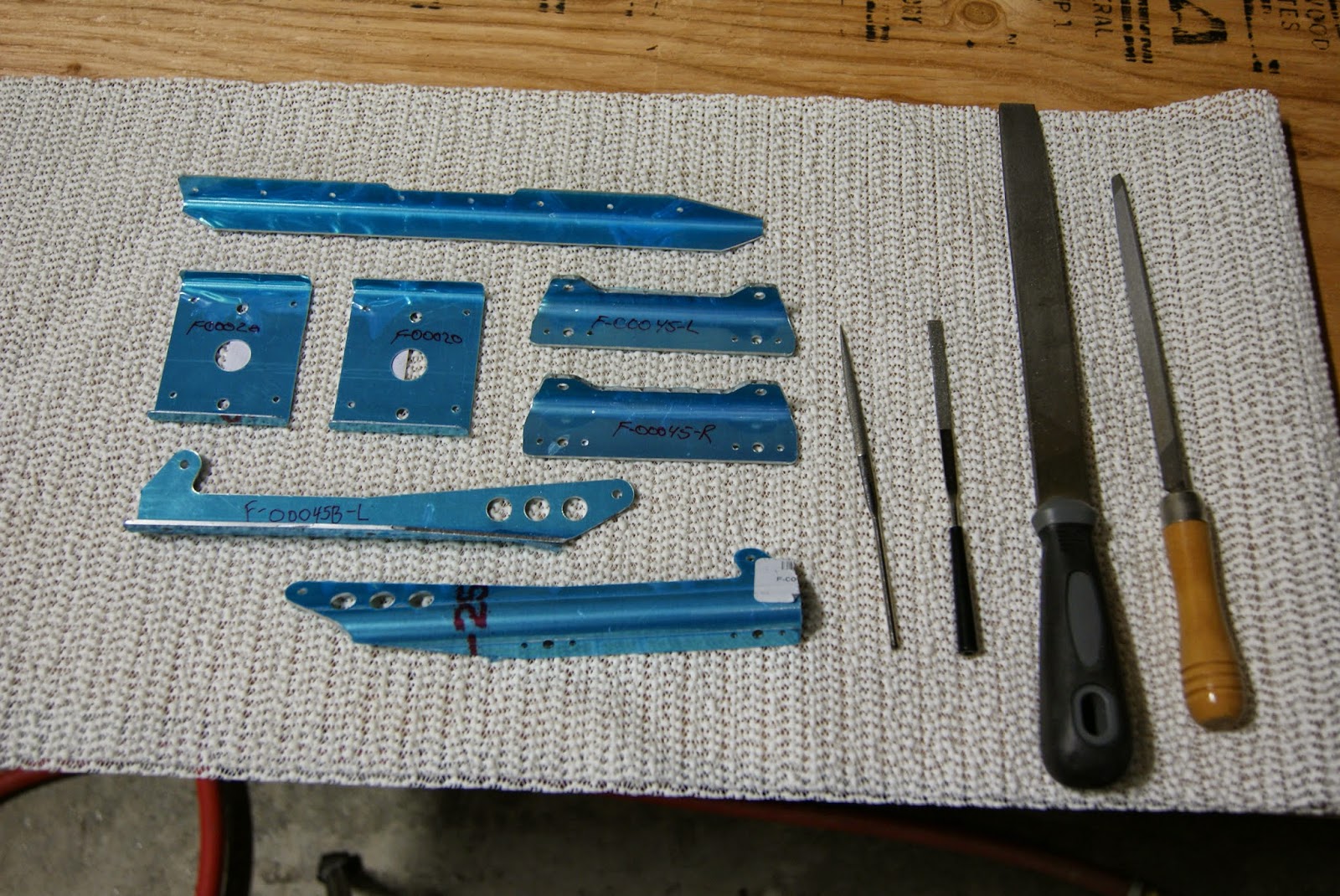 The avionics kit pieces which required either separating or had areas where material needed to be trimmed away.

Having the band saw work out of the way, all of the metal pieces that will be primed were then hand filed to remove the big burrs and smooth out the nooks & crannies. The Scotch-Brite wheel will add the finishing touches to smooth the edges of the pieces.

It is forecasted to get into the 40’s for a couple of days after we get through this entire week of cold ... so hoping the weather cooperates and a priming session can take place outside and the painted parts can be moved inside into the heated drying box to cure.
Posted by John at 7:17 AM