Avionics Kit Brings Pain - In The Form Of Redo

Having the RV-12’s avionics kit inventory out of the way, decided it would be a good strategy to work on the handful of metal brackets and mounting plates now. These parts need to be primed at some point and in a couple of cases, sprayed with the JetFlex interior paint. That being the case, feel it best to take those parts out of the box and up to the hangar to  deburr the edges of the parts.  The strategy being … if the temperatures bump up at some point in the next few weeks, the parts will be ready for a quick priming session with the airbrush. 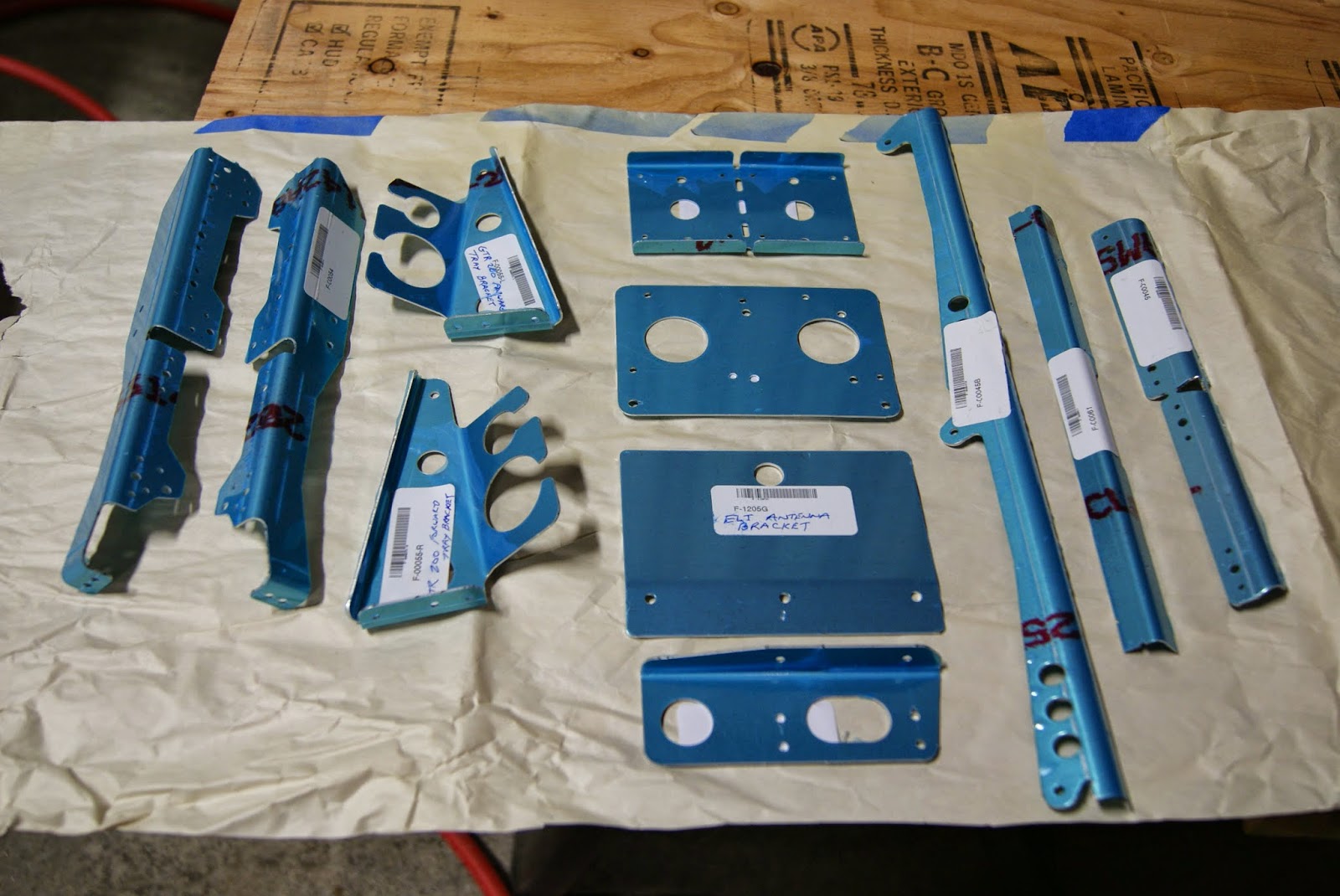 The assorted small brackets and mounting plates in the avionics kit which need to be deburred and primed.

After looking at the new parts, it became very apparent there has been a change to the way the instrument panel components are attached. Four of the mounting brackets looked much the same as the four brackets already riveted onto the instrument panel base. The four new parts consist of the F-1200054-L&R  stack angles and the F-1200055-L&R comm supports … these parts apparently replace the already installed F-00026-L&R instrument stack angles and F-00027-L&R comm supports. 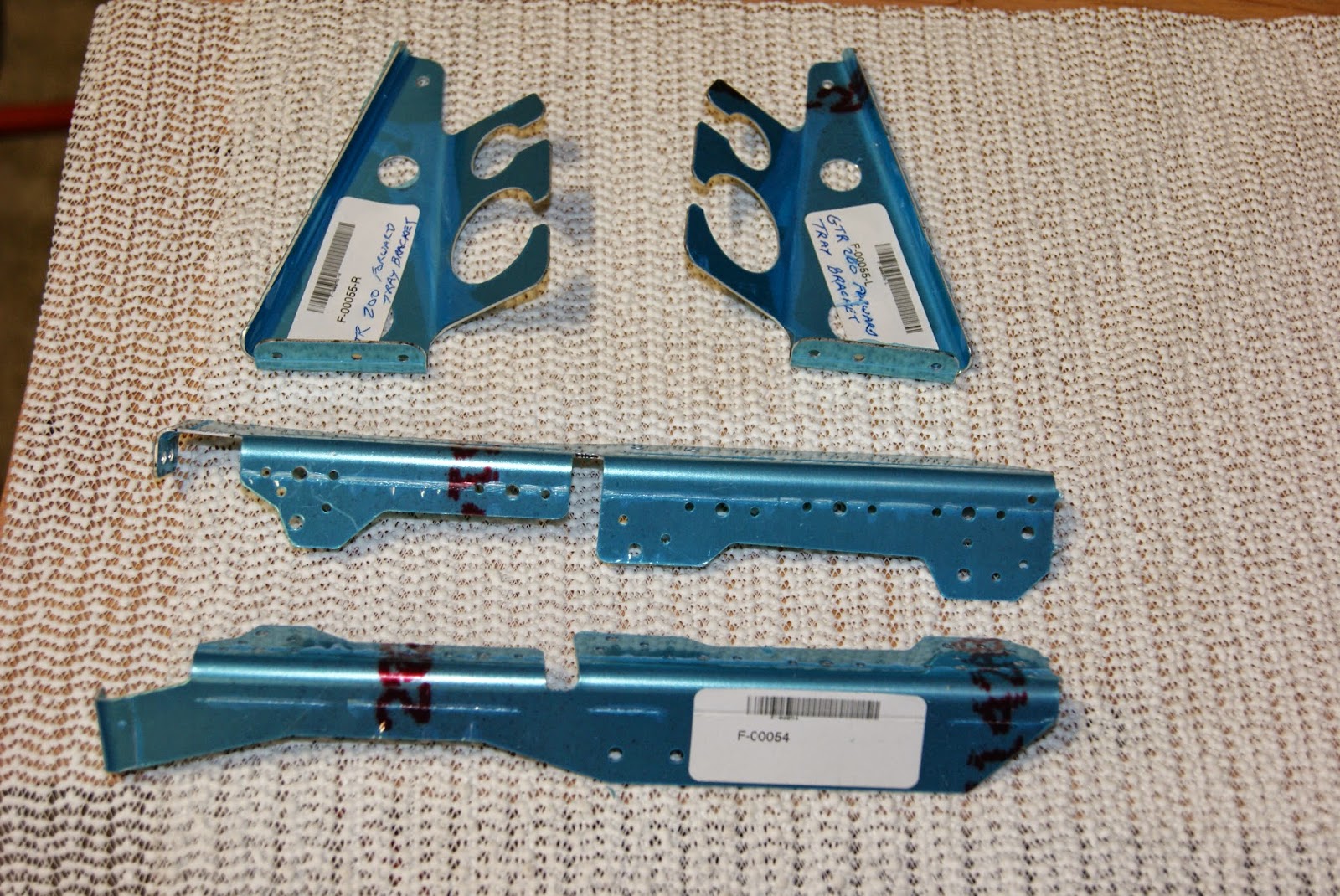 So it appears some pop rivets need to be drilled out and old parts removed so the new pieces can be installed. I have not read forward in the plans yet, but the part numbers are not the same for the parts in question ... therefore, at this point, I’m inclined to think the new pieces must replace the parts currently installed. If this not the case, I will return from the future and edit this post accordingly. 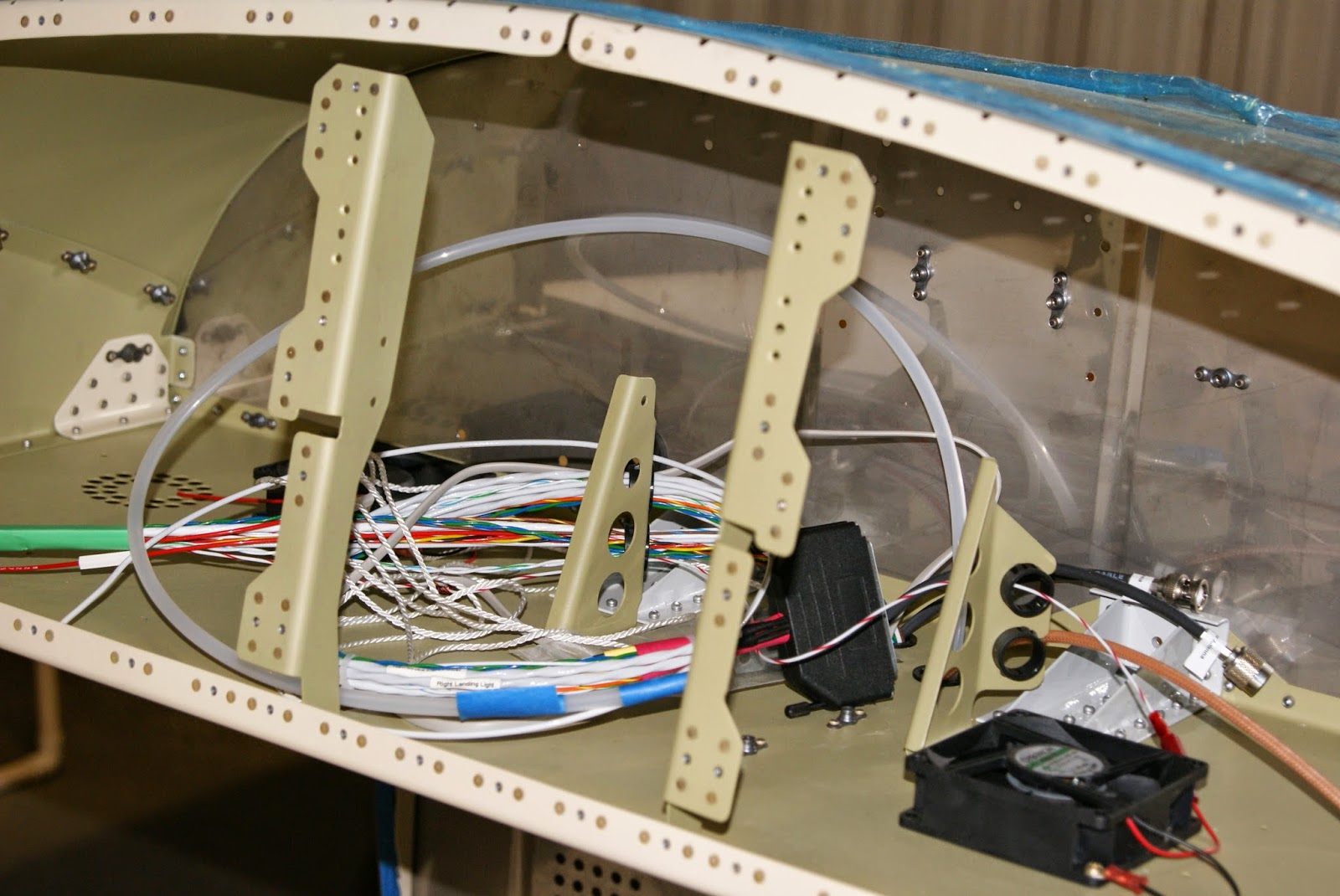 Photo of the primed F-00026-L&R instrument stack angles and F-00027-L&R comm supports that will require having their mounting rivets drilled out so they can be removed.

Another discovery which truly sucks is the mounting location of the F-1205G ELT antenna mounting bracket. Van’s has the builder mount this bracket on the already riveted in place F-1205 A&C mid fuselage brace components. Here again this will require drilling out 3 rivets so the mounting bracket can be installed. Unfortunately, this is a painted part so a lot of extra care will be needed to keep the paint in good shape. I went back and looked at section 23-3 step 4 in the plans and there is no mention of leaving the three rivet holes associated with the ELT mounting bracket open. RV-12 builders note: When riveting the F-1205A&C parts together which make up the mid fuselage brace, do yourself a favor and leave the three rivet holes open that are adjacent to the holes in the ELT antenna mounting bracket pictured below. 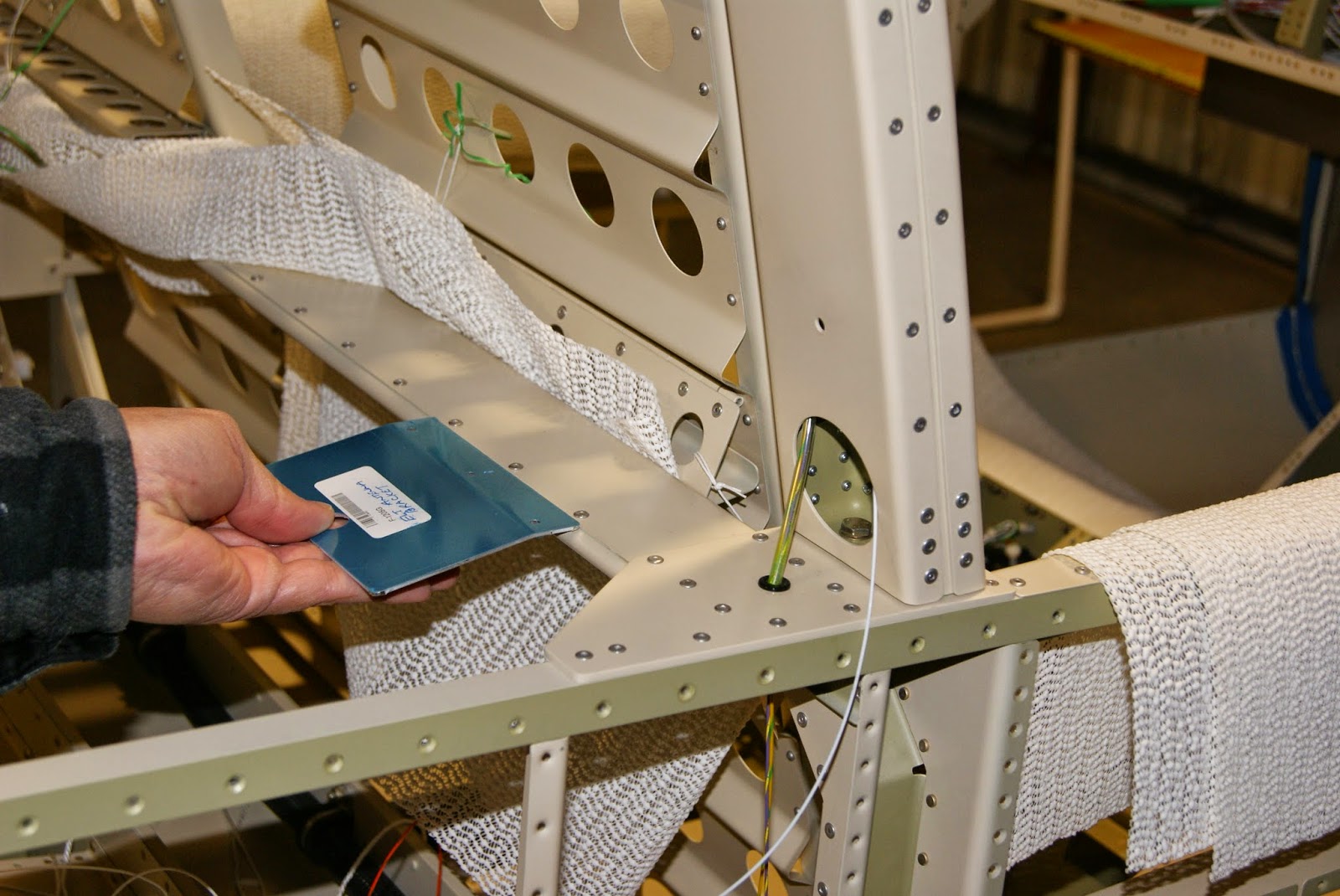 Fortunately, all the rivets that need to be drilled out are pop rivets and not solid rivets so it should not be that bad of a job ... but a pain nonetheless.
Posted by John at 9:43 PM