Checking Out The View From “The Perch”

Every builder has the moment … sitting in the cockpit for the first time, the control stick firmly ensconced in hand, hearing yourself involuntarily making airplane noises. It is a momentous moment … somewhat a right of passage.  Prior to climbing into the cockpit for the first time, the Flightline Interiors box was opened and a seat bottom and back were removed and taken to the hangar to pad “The Perch” for a trial fit. 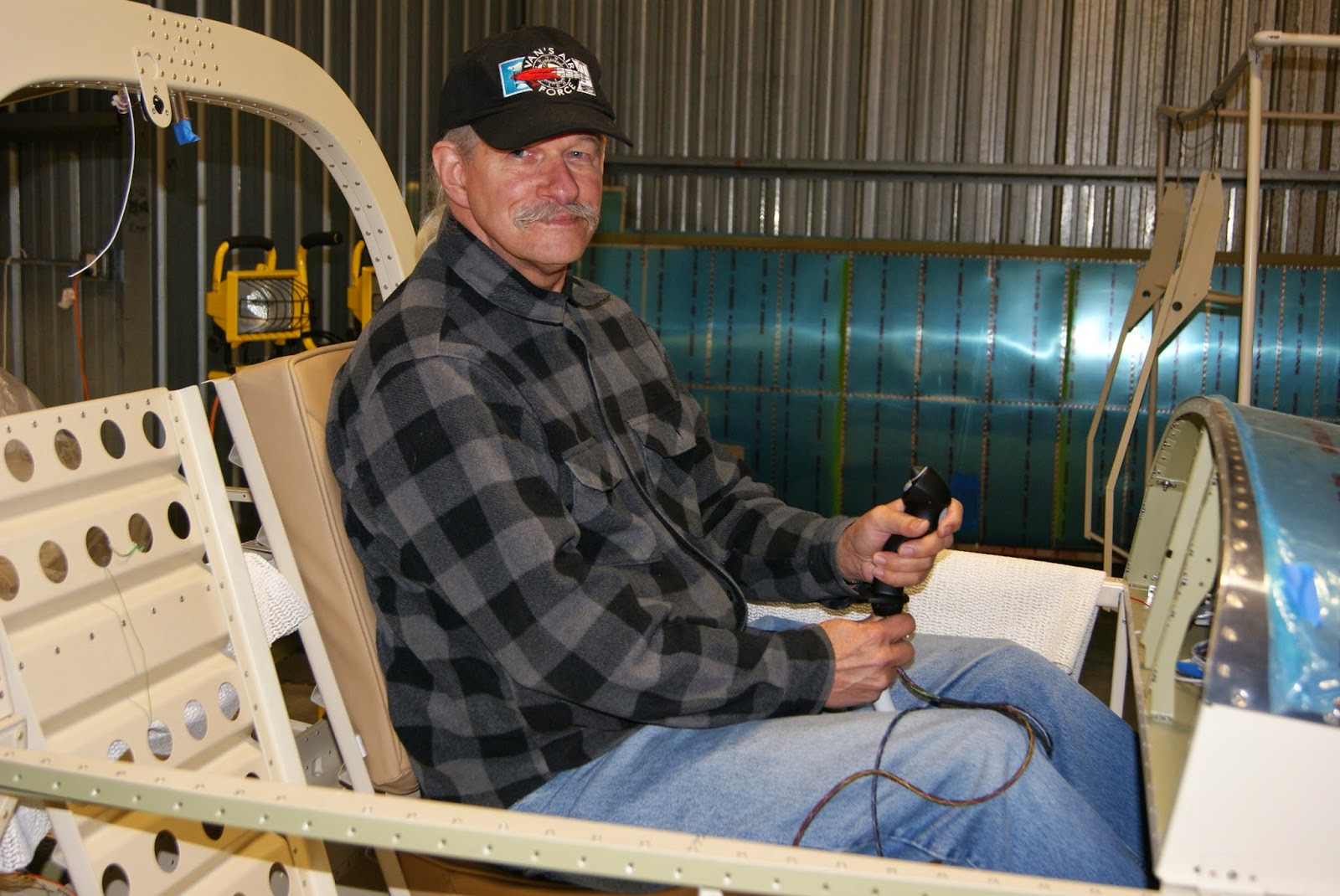 Checking out the view from “The Perch” for the first time … have to say, the seat in the eagle seems plenty comfy.

The main reason for getting into the cockpit was to get a feel for the position of the Tosten grips purchased at . Because the Tosten grips do not slip down over the control stick, the height of the stick needs to be cut shorter. Because of the unique gooseneck design of the RV-12’s control stick (compared to other RV models) the stick can only be shortened to just above where the bend begins. This is because there is a collar that inserts into the stick to secure the Tosten grip to the control stick. Unfortunately, it will leave the stick a least an inch or so higher than would be ideal for me, but it should be just fine. These grips are really comfortable and designed so either hand can grip them … so even though they will not end up quite as low as I feel ideal, their overall comfort should win out. They simply feel good in the hand.

After purchasing the grips at Oshkosh from Kevin (the owner of Tosten), it was quickly realized that the length of wiring coming out of the grips was not what I would consider long enough for the RV-12. A call to Kevin was made requesting that the wires be made longer. Kevin said he was planning on making the wires longer in future production runs because there are now quite a few gooseneck stick designs these days. In addition, I requested Kevin split the bundle of wires after they leave the stick into two separate bundles of five wires … as opposed to all ten wires in one large bundle. One bundle is for the four way hat switch and the other bundle is for the stick’s other four switches. Each grouping of switches has a common ground wire which is why there are a total of ten wires. The grips were sent back to Tostin in and Kevin returned a pair of grips with longer wires and the wires were split into two bundles as requested for no additional charge.  I offered to pay for time and materials, but there was no charge … great customer service. Thanks Kevin. 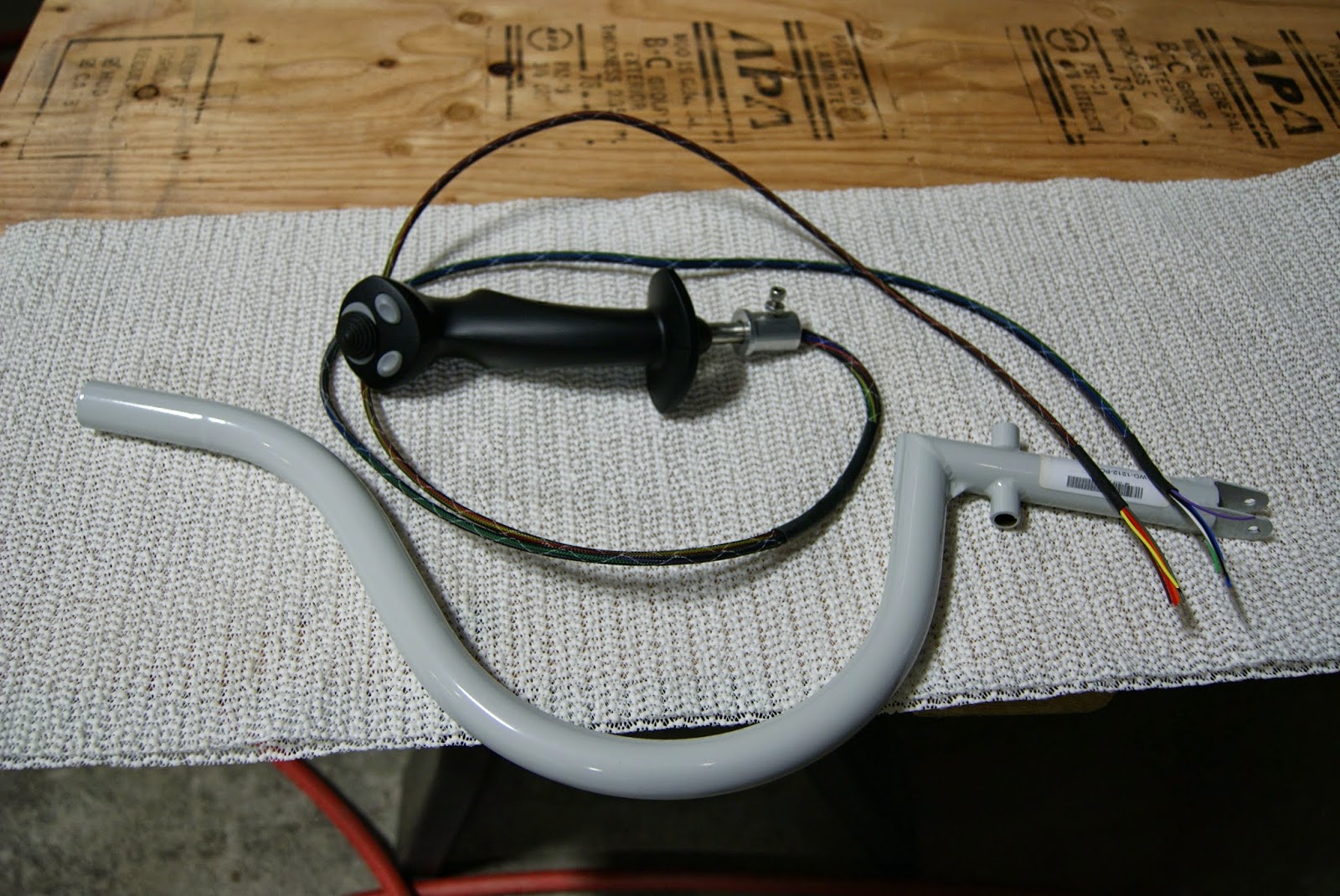 Looking at the above photo, the viewer can easily see the challenge and possibly dilemma of trying to get all those wires fished down through the gooseneck, then make the radical 90 degree and then past either side of the tube weldment dissecting the center of the tubing (which is the pivot point for the control stick). The wires will need to take two paths on either side of the weldment because there just is not enough room otherwise … and still may not be.  I think I have figured out a way to get this done without drilling an exit hole, but will work on it over the next couple of weeks.
Posted by John at 9:17 PM