To complete the fuel system the only steps remaining was installing the T-1211 fuel filler neck assembly and the new T-1219C vent pipe which was installed and the fitting tightened. The holes and nutplates were installed on the T-1211 long ago and the mating area on the turtle deck around the filler neck was masked off to minimize the fuel tank sealant mess. All that was required now to complete the job was mixing up a small batch of fuel tank sealant and slather it in onto the flange on the fuel filler neck then mate the assembly to the turtle deck. 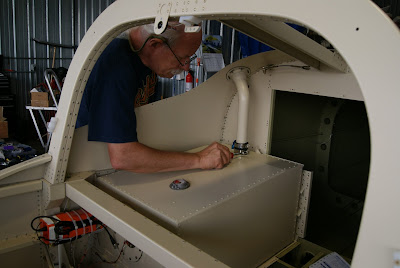 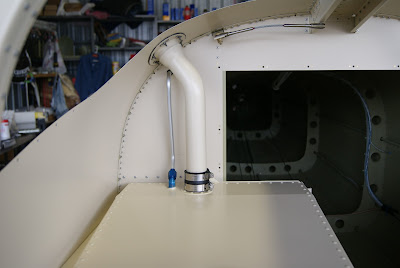 Completed instillation of the fuel tank filler neck and new fuel tank venting system. The RV-12’s fuel system is now 100% completed.
Posted by John at 8:12 AM