Yesterday morning was spent running errands and thinking about the dilemma facing me regarding the removal of the AN490HT11P threaded rod ends from the F-1265 flaperon pushrod tubes for deburring. On the way to hangar later in the afternoon, a detour was made to Home Depot aircraft supply … while wandering around the store, a plan of attack was slowly formulated which ultimately worked without damaging any of the components.  I already had a piece of chain which I though may be useful, so while at the store the final plan was formulated around using the chain. A few nuts, bolts, small and large washers, saddle for a 4x4 post and wooden dowel rod later … it was off to the hangar.

Prior to attempting removal of the AN490HT11P threaded rod ends from the F-1265 flaperon pushrod tubes one rivet hole was chosen for marking so after the parts are separated, a wire and label can be used to mark the mating rivet holes so they can be aligned correctly after deburring and primer.

The plan …. slide a small washer over the threaded rod end to protect the finish there the threads meet the base of the rod end, cut a small piece of vinyl tubing and slip it over the threads to protect them from the steel 4x4 saddle. Secure the saddle with two fender washers and two nuts. Attach the chain to the open ends of the 4x4 post saddle and pound the chain with a mallet creating outward force. 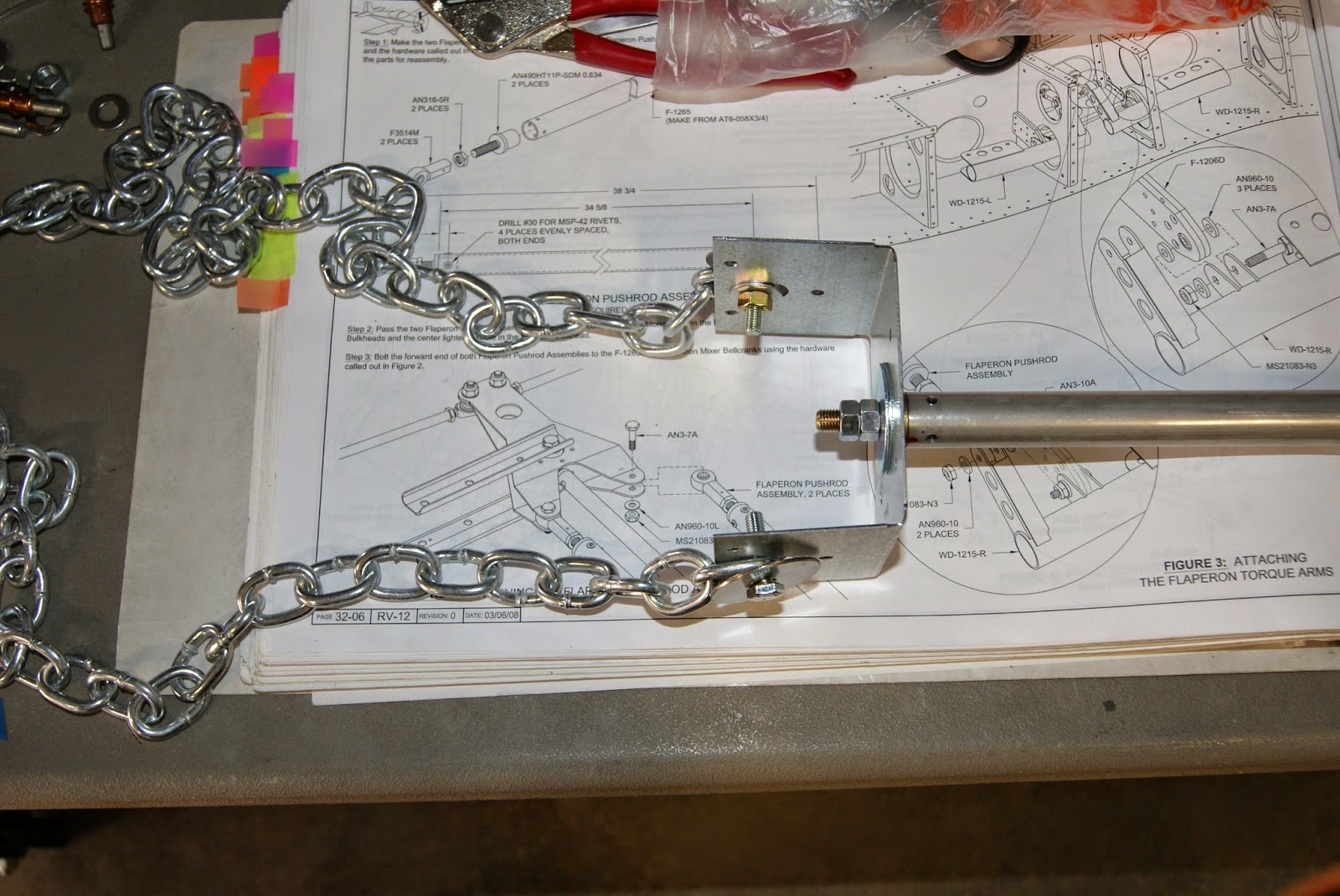 The fixture looks a little medieval and is truly Jerry-rigged … but it did get the desired results. 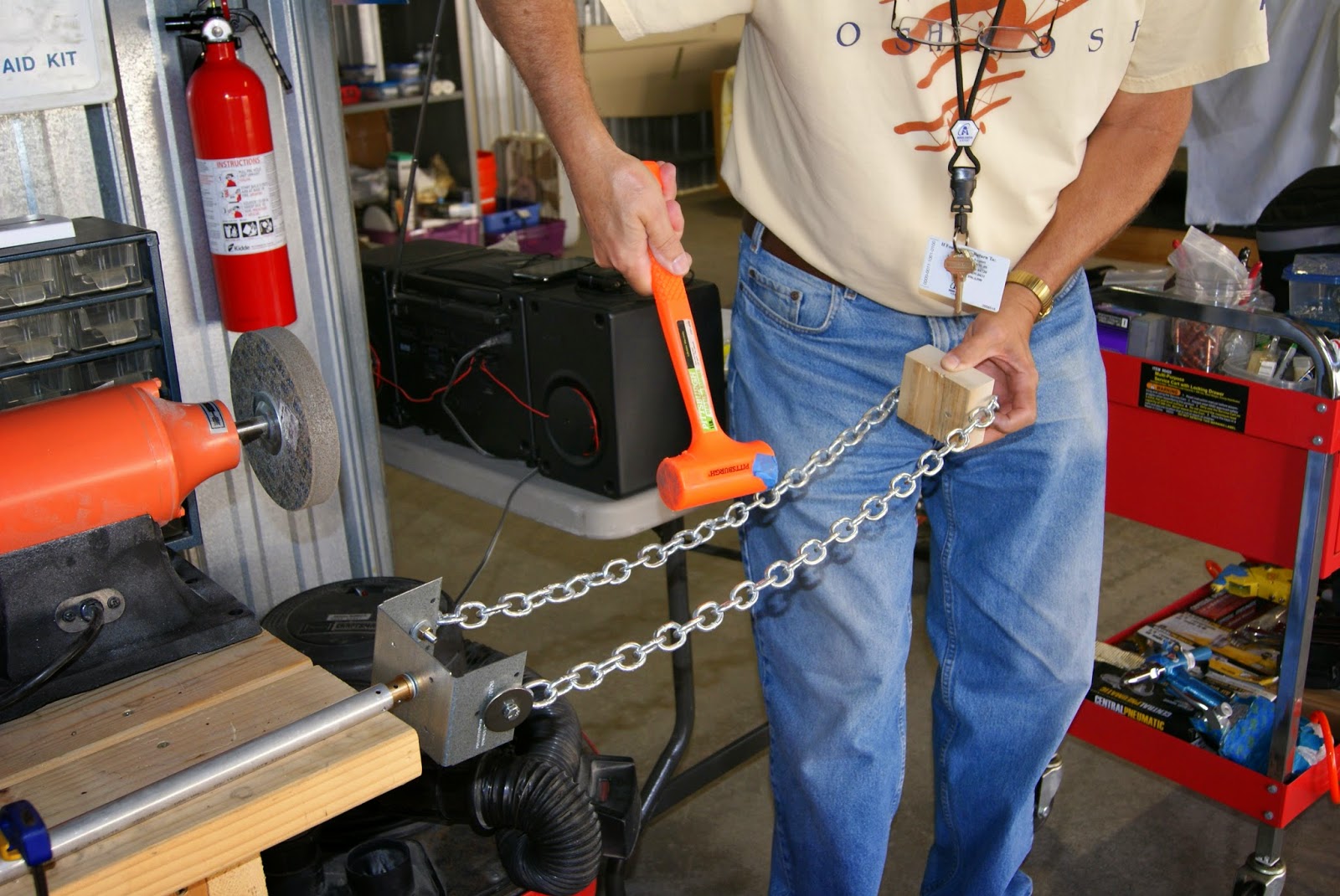 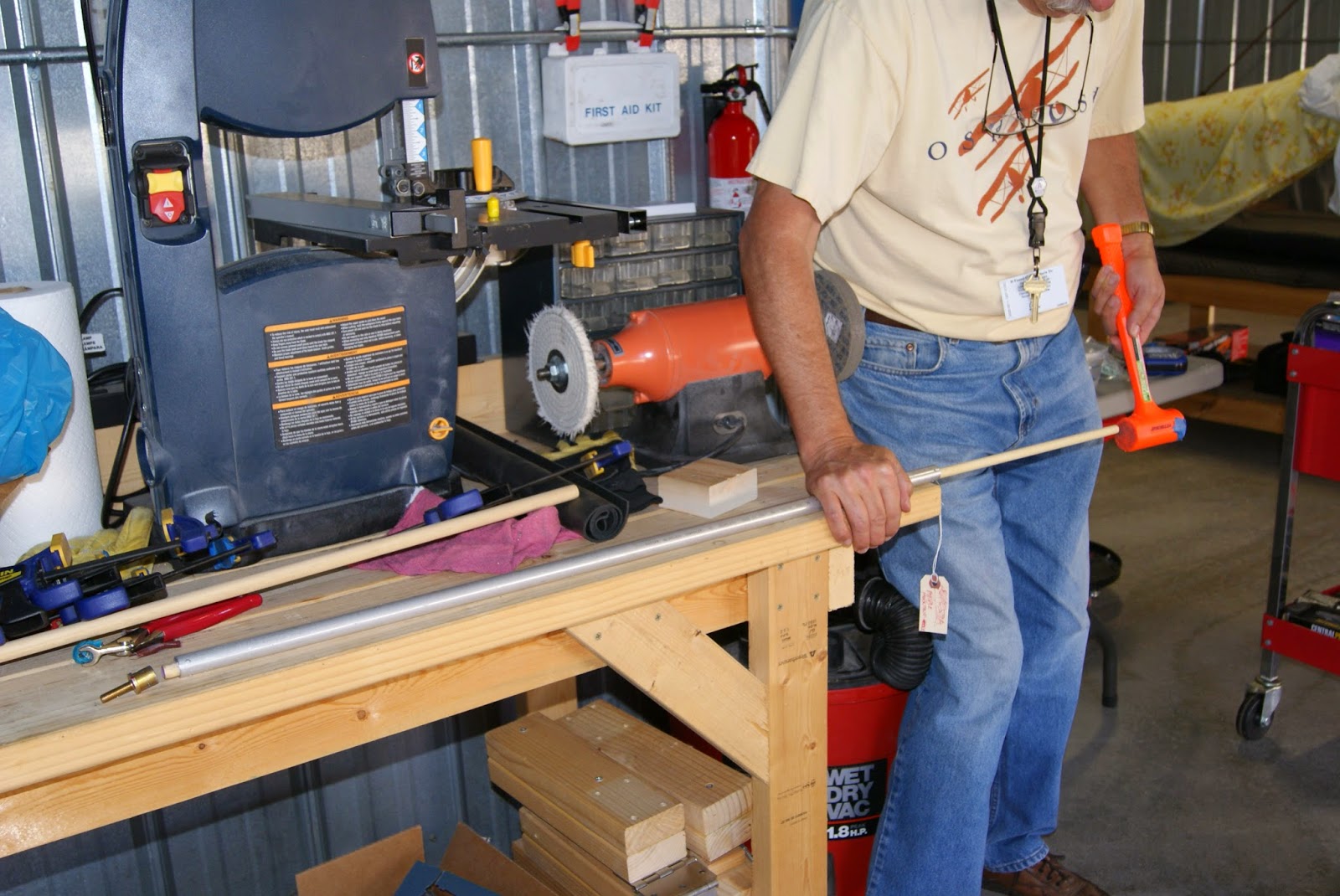 Once one end of the tube was opened up, a wooden dowel rod was inserted and the other AN490HT11P threaded rod end was pounded out from the inside.

After successfully removing all the AN490HT11P threaded rod ends from both the F-1265 flaperon pushrods, the holes were deburred and tagged for correct reassembly. Of course reassembling the parts will be super critical because they will need to be pounded together and rivet hole alignment will be critical. 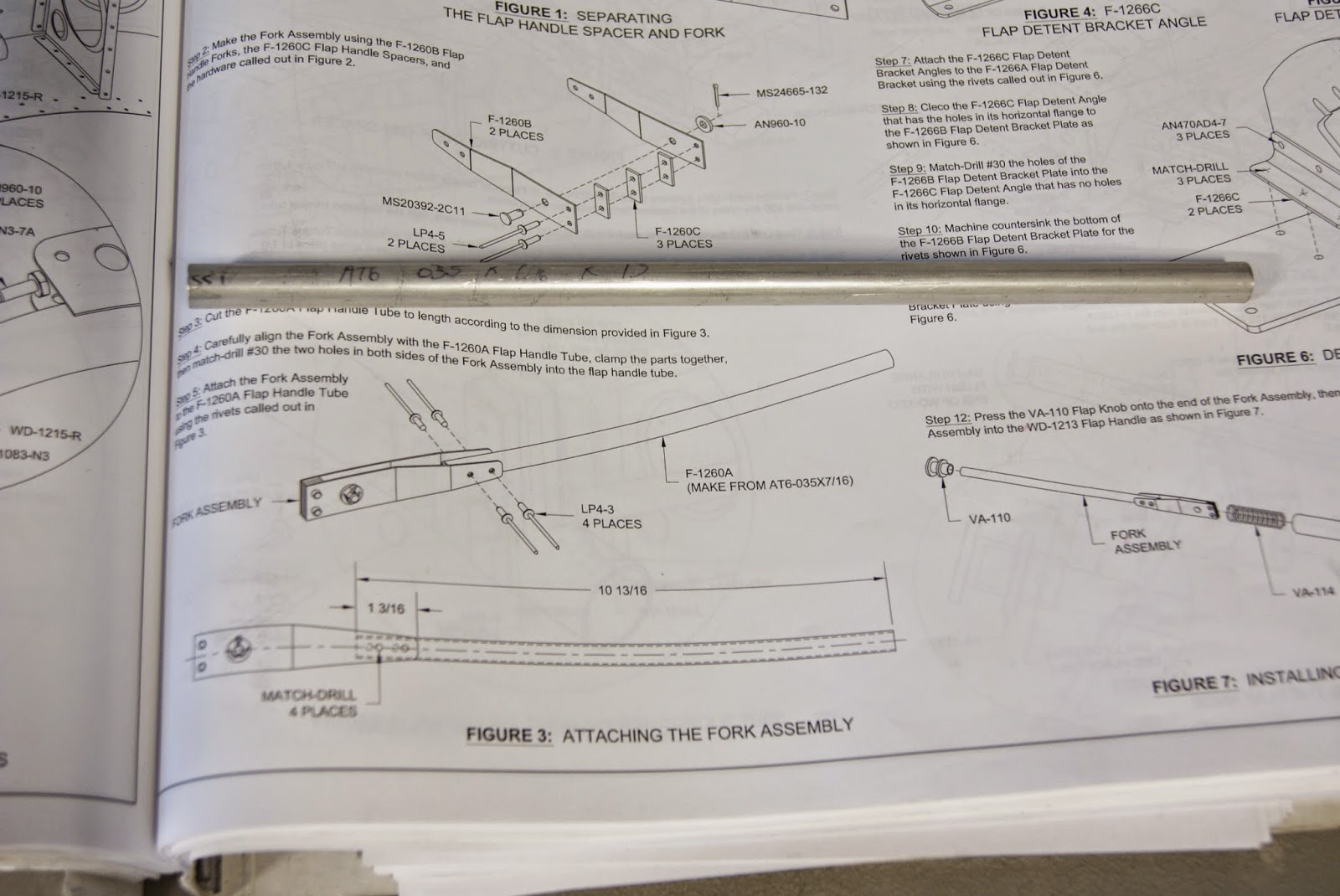