Yesterday, Mike and I spent the better part of the day picking up Mike’s trailer and transferring the contents into a storage unit to free up his trailer to move the fuselage and tail cone to the airport. Mike’s trailer has tie downs inside on the floor so it should serve us well for the weather pending Friday move. 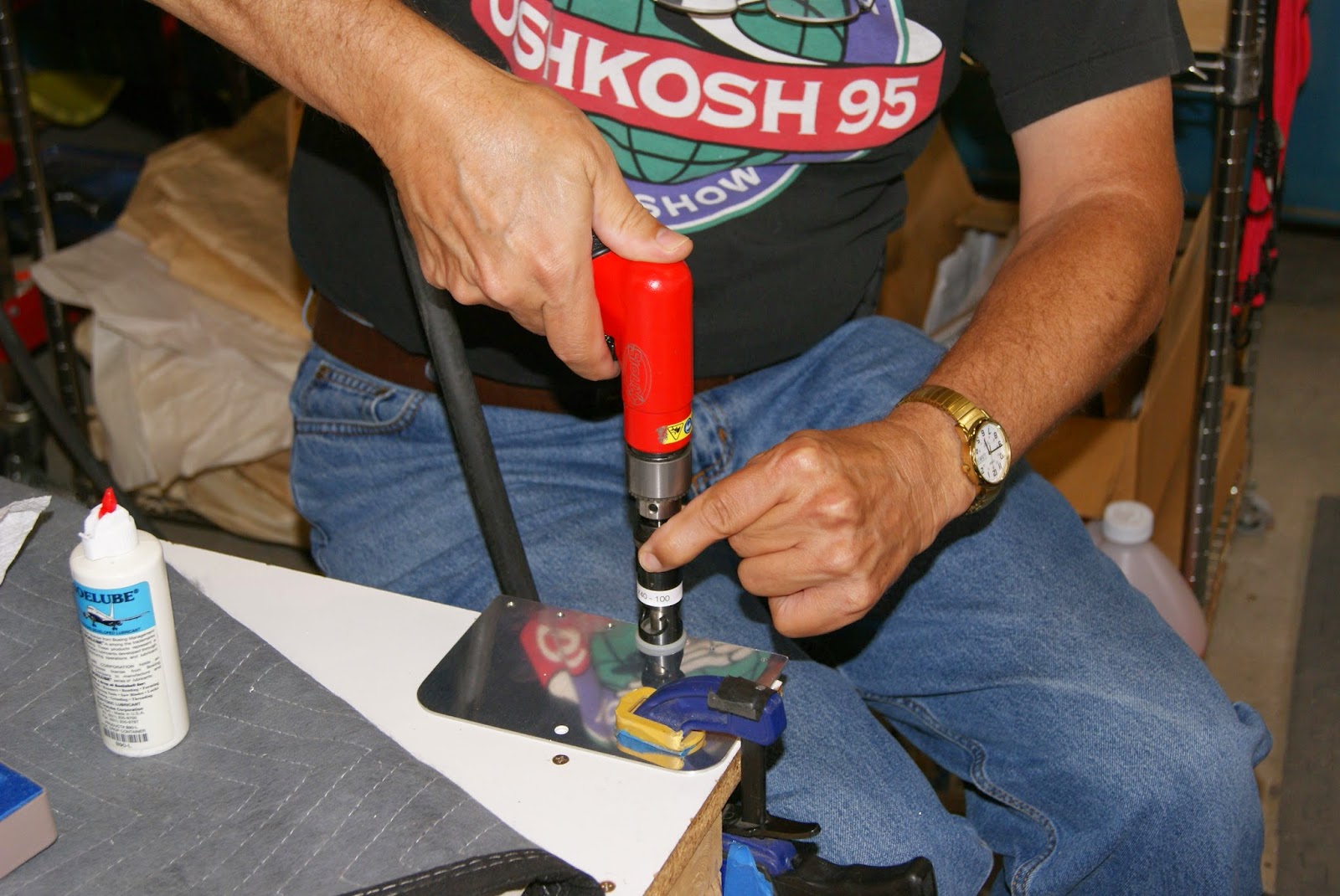 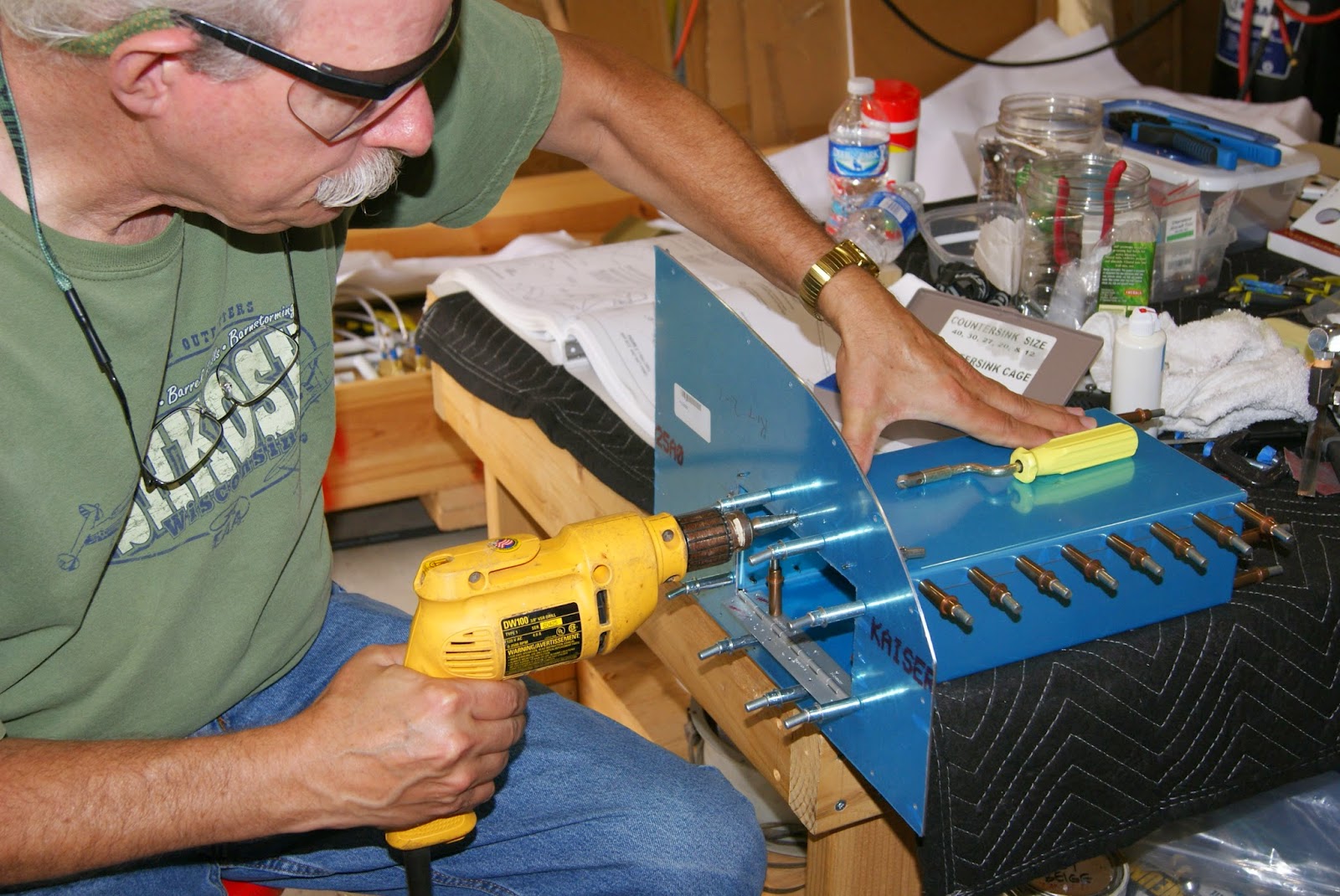 Using a step drill to drill out the map box to 1/2" for the cam lock hardware used to secure the map box door.

The #40 holes in the right instrument panel cover also require machine countersinking as well. The construction plans also instruct the builder to machine countersink for #6 screws all the perimeter holes that will mount the panel to the instrument panel frame. At this point I’m electing not to do that because I think I will like the look of stainless steel button screws better. If that does not appeal to me, the panel can easily be countersunk later for flush screws. 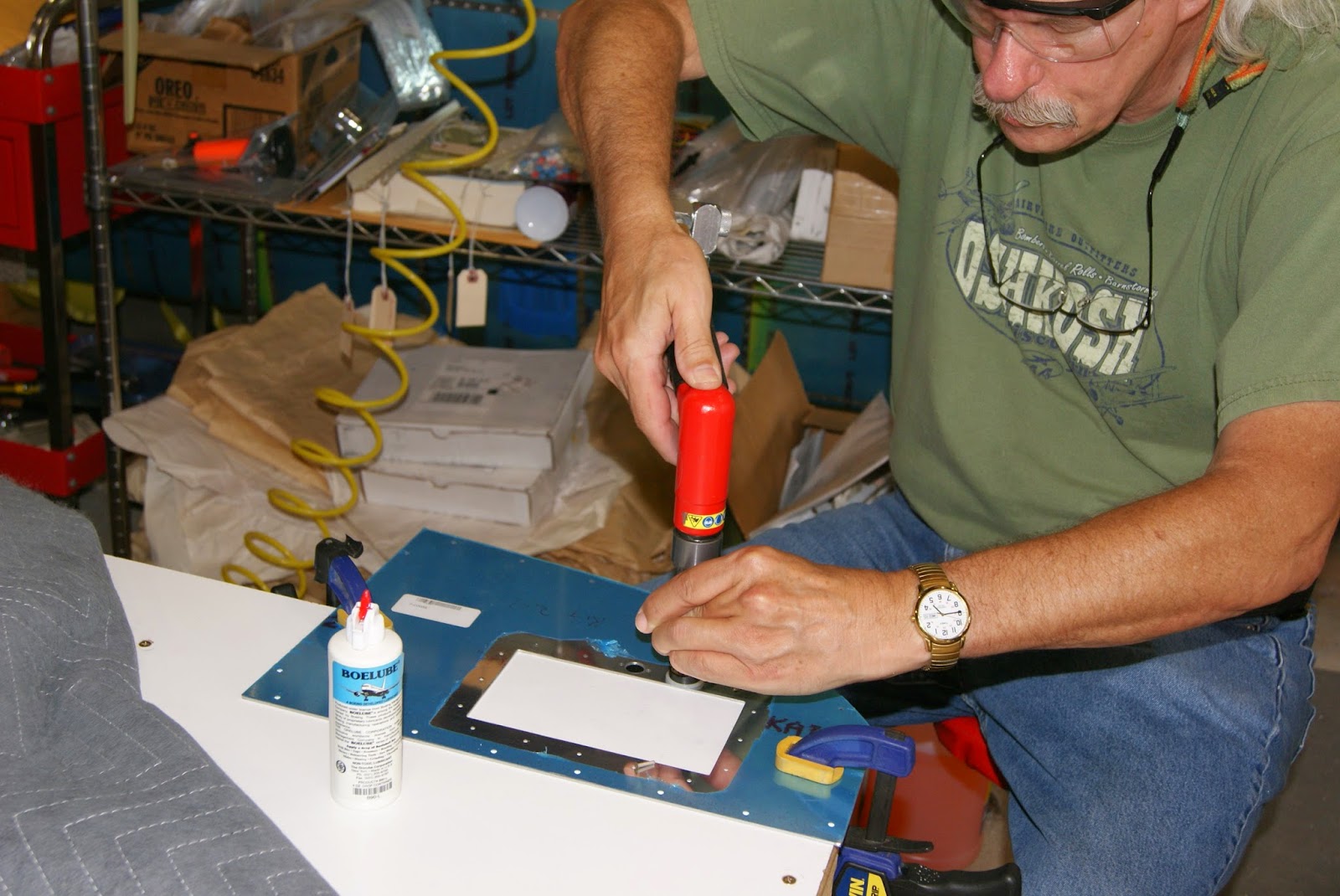 Machine countersinking the rivet holes in right instrument panel cover that will rivet to the map box using the countersink cage outfitted with a #40 100 degree countersink bit.

Did not totally finish up on the map box parts because about the time I was countersinking the last #40 hole in the right instrument panel cover, sirens began to howl … figuring it was more likely to be a tornado warning than World War III, decided it best to take shelter as opposed to staying outside to watch the flash.

There was a small tornado that touched down, but it was many miles to the north of DOG Aviation and fortunately caused little damage … although the owners of the house missing a small chunk of their roof may disagree.

Today, the plan is for spending a few minutes finishing up the map box and then beginning the arduous task of clearing off the shelves under the work benches and packing up the shop for the long overdue move to the airport hangar on Friday.
Posted by John at 8:05 AM