Prior to priming the canopy frame there are a few parts that require fabrication which I would like primed as well. First up, the F-1264 control stick pushrods which are fabricated from AT6-058x5/16 tubing. 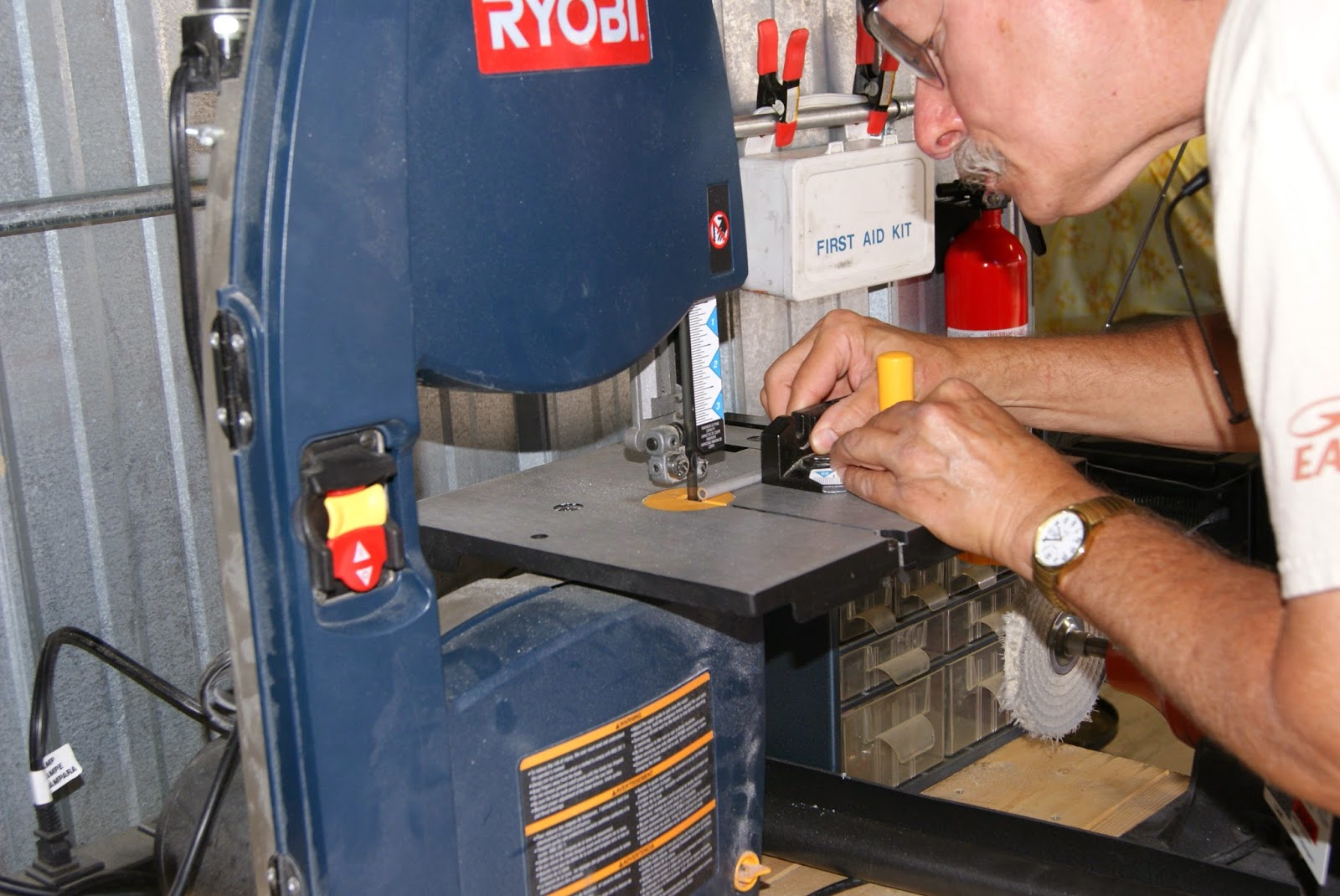 Using the band saw to cut one of the F-1264 control stick pushrods.

Fellow RV-12 builders take note: After cutting the pushrods per the plans and deburring, discovered section 32-04 step 4 of the instructions omitted the information necessary to drill and tap the tubing. Older versions of the plans call for using a #3 drill and tapping 1/4 - 28 threads … but my “updated” version of the drawing was missing that information. Thanks to Joe in for chiming in on the forums saving me from needing to wait until late Monday morning to call Van’s. It sure would have been far easier using a lathe to drill out the F-1264 control stick pushrods … however, not owning a lathe, had to Jerry-rig a jig to hold the tubing from V blocks and used the drill press to drill the holes. 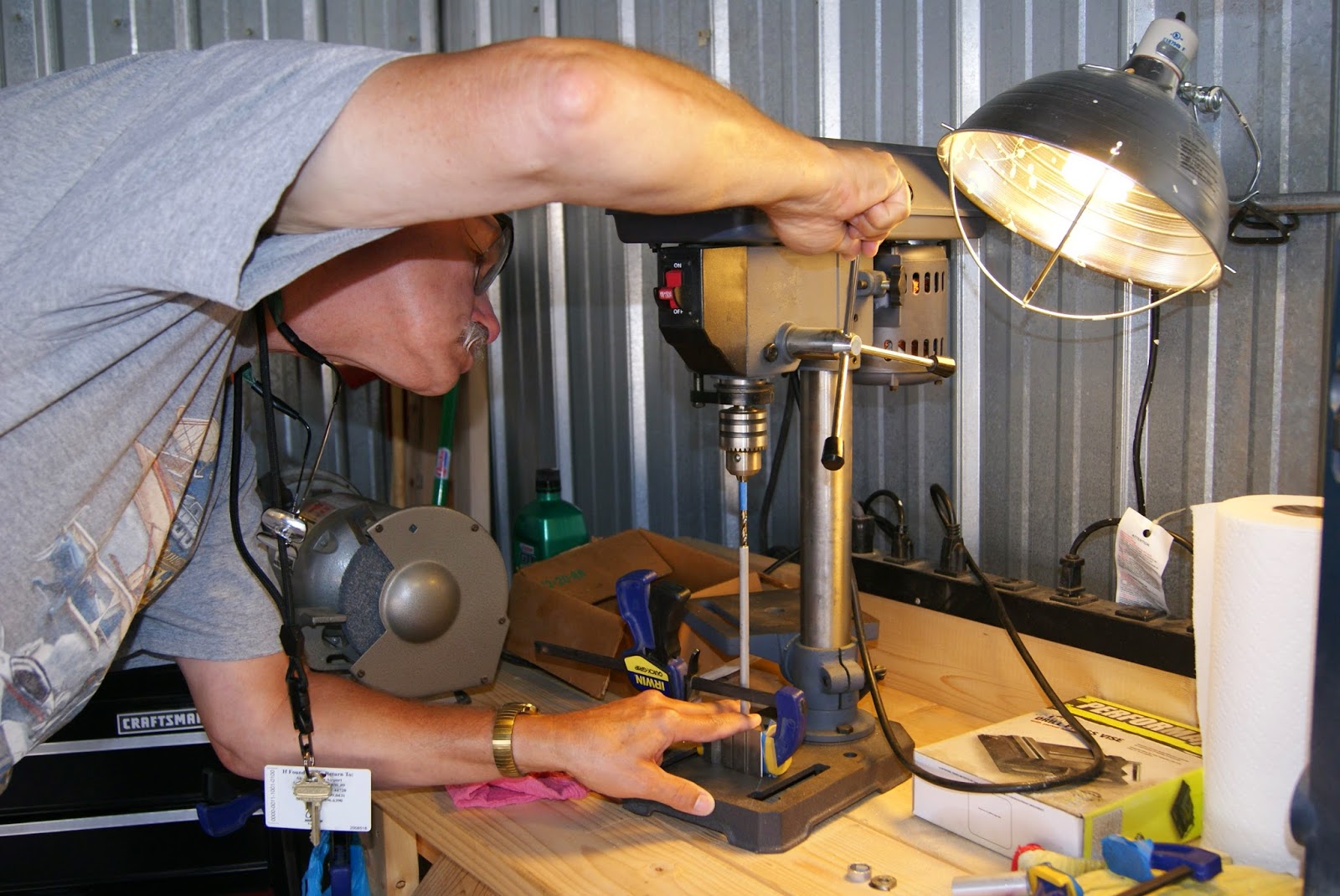 Drilling the control stick pushrods on the drill press using a #3 drill bit in preparation for tapping the ends of the pushrods.

After drilling out the ends of the F-1264 control stick pushrods using a #3 drill bit, the ends require tapping. A tap with 1/4- 28 threads is then used to thread the ends of the pushrods. 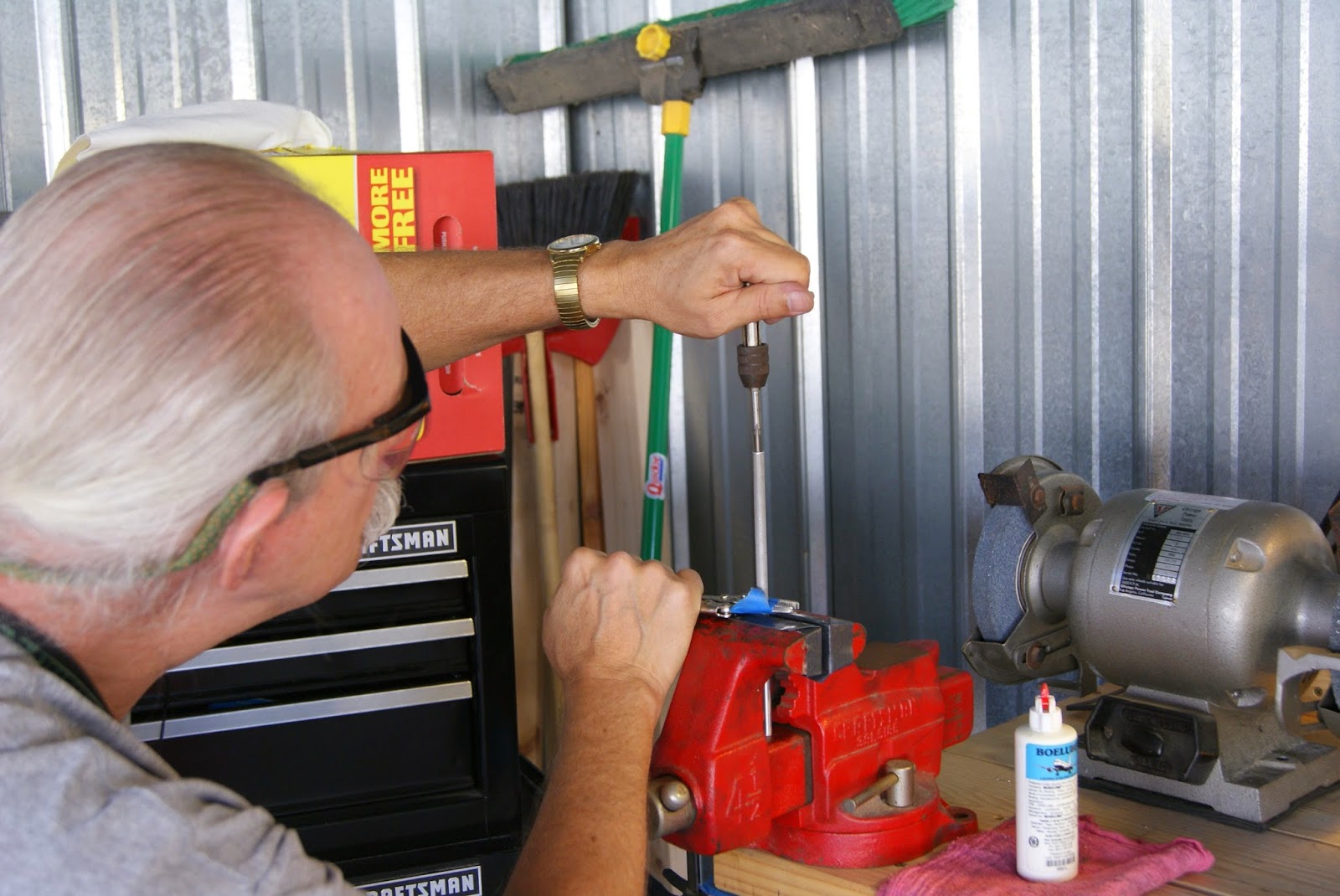 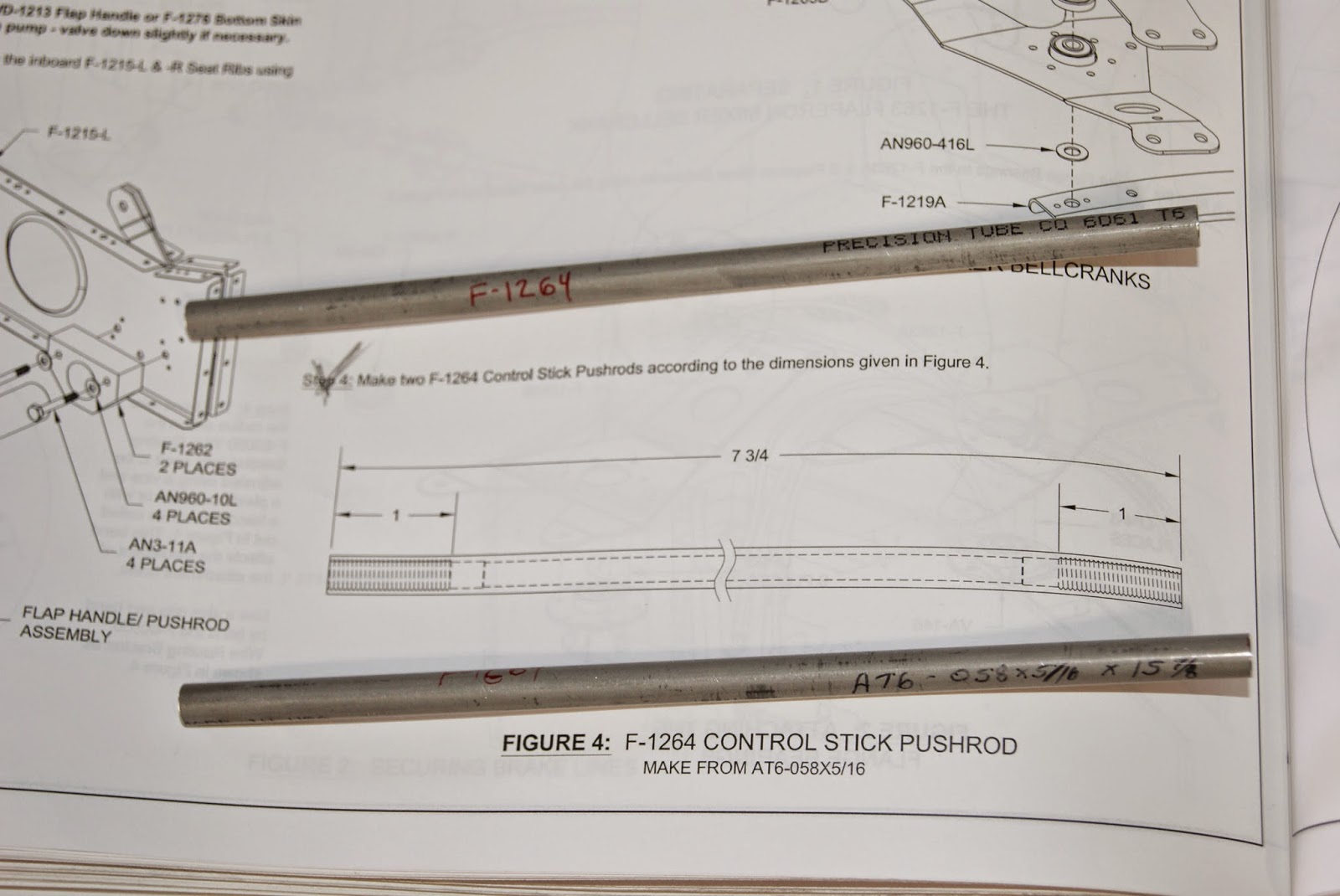 The F-1265 flaperon push rods are made from a long tube and required being cut by hand using a hack saw. I measured the tube and there were a few inches extra so a rough cut was made with a hacksaw a little long and then a final trim cut was made using the band saw. 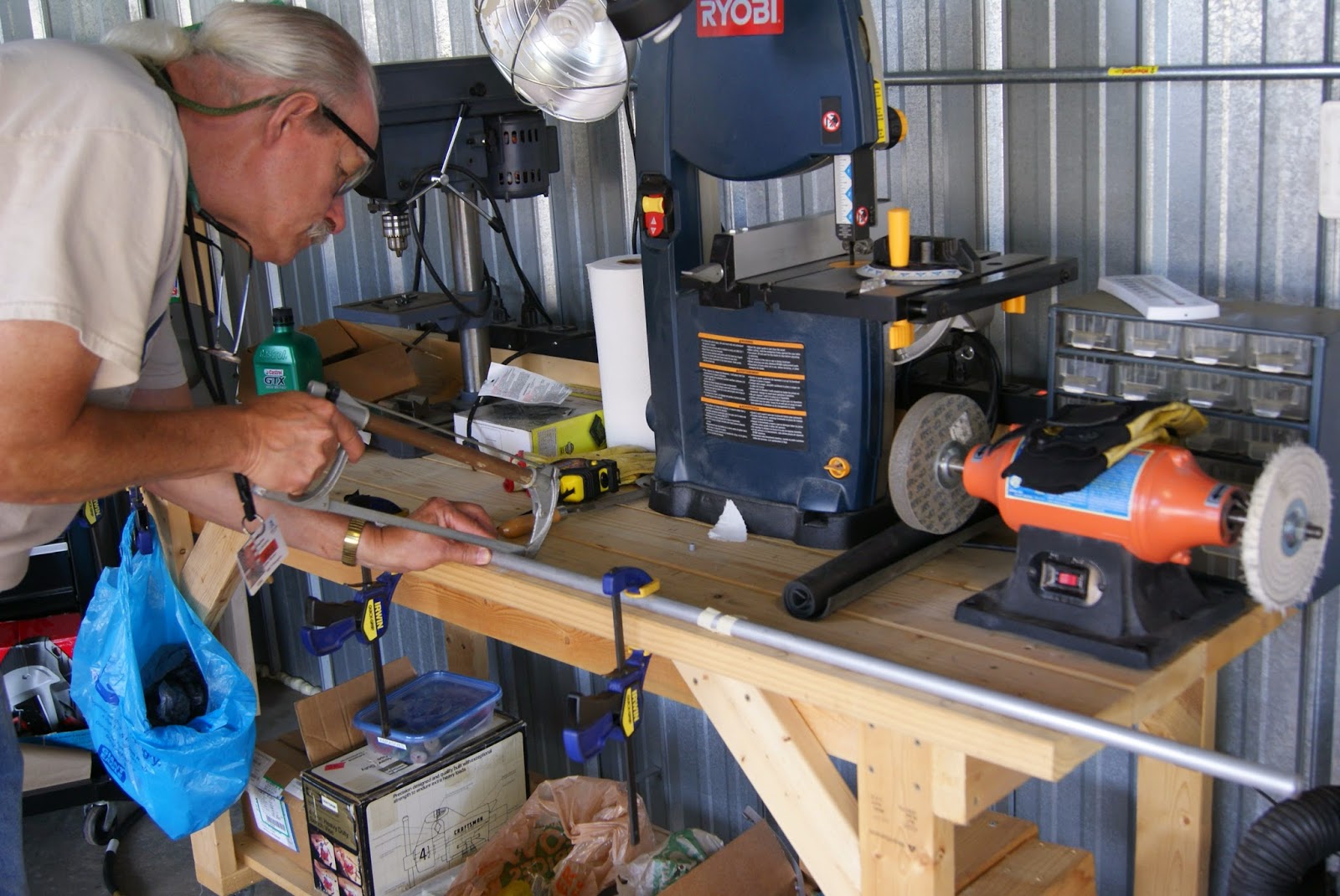 Using a hand hack saw to rough cut the tubing for the F-1264 flaperon push rods. 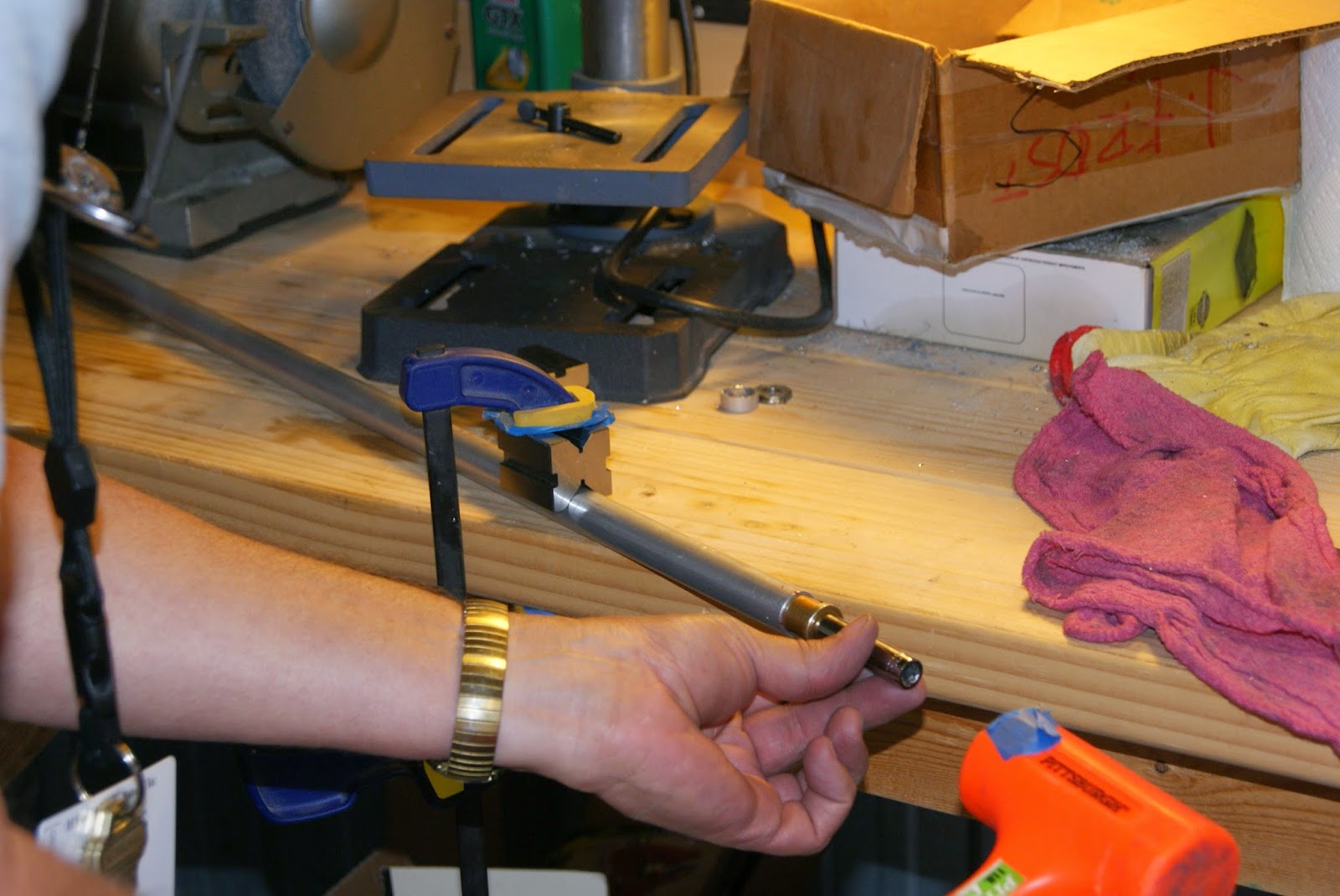 After all the threaded rod ends were in place in the two pushrods, four equally spaced holes were drilled at each end of both tubes which will be used to rivet the pieces together. 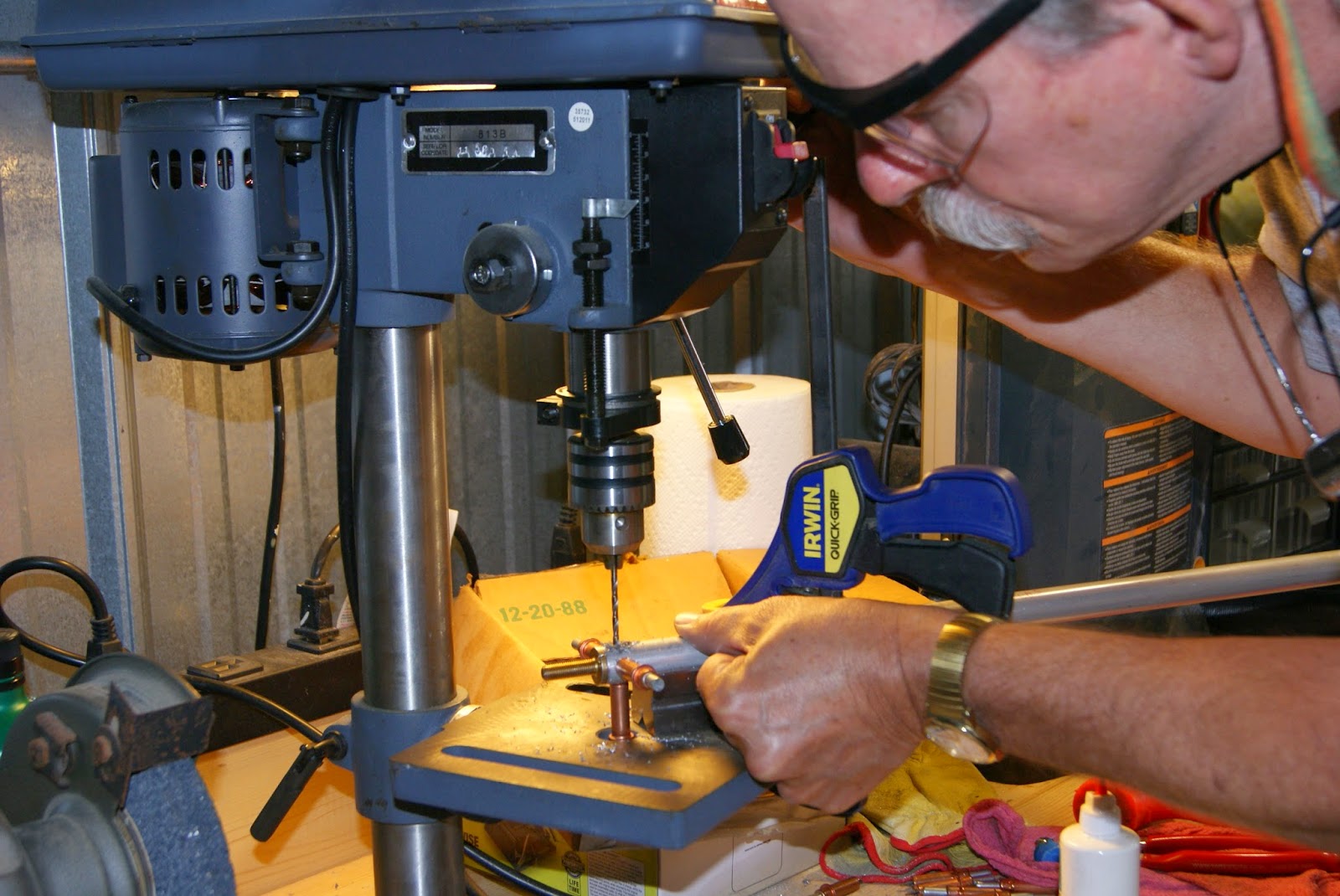 Drilling the fourth equally spaced #30 rivet holes into the flaperon pushrod/threaded rod end assembly. Clecos were used to keep position but the fit was so tight that nothing would have moved anyway. 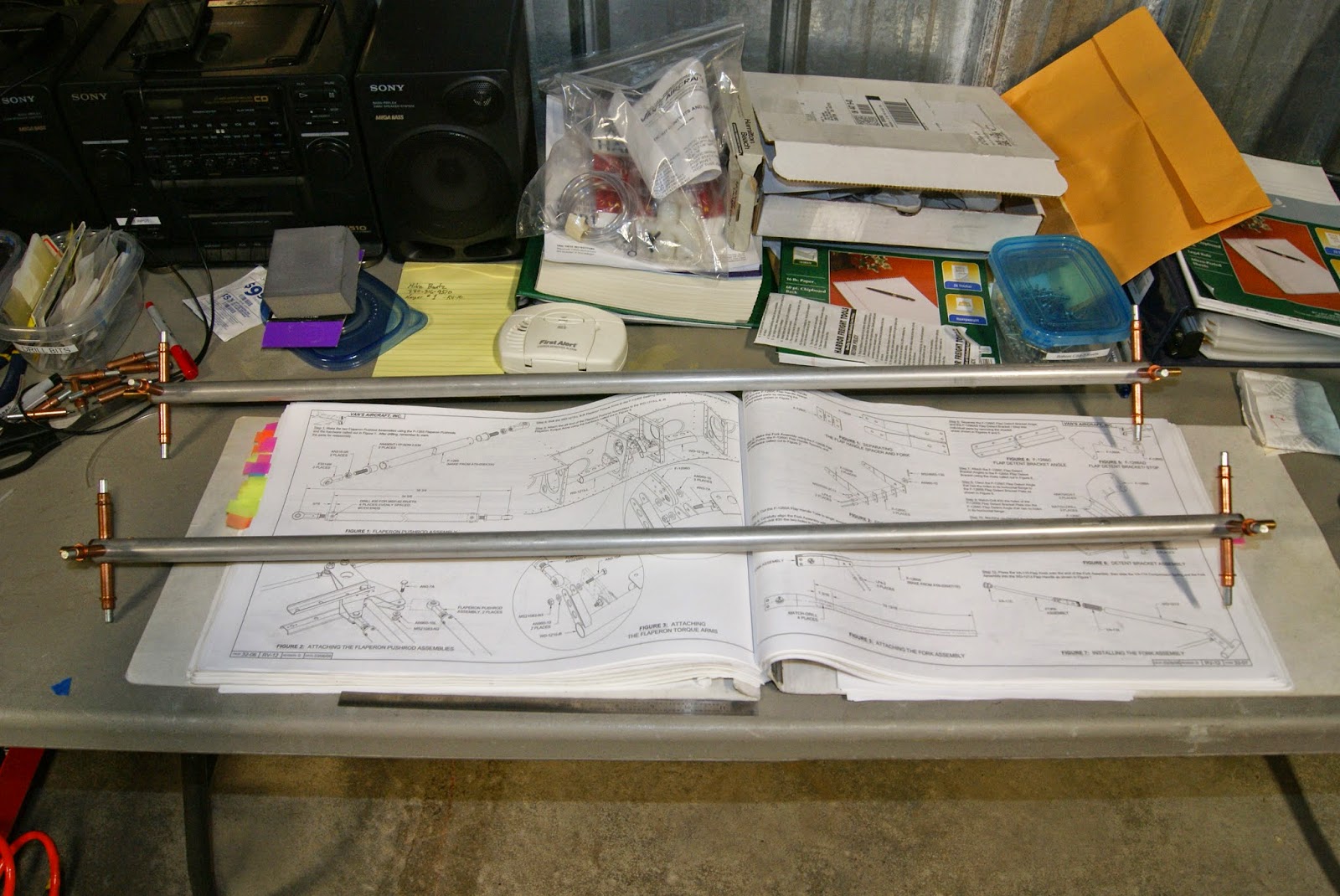 Both F-1265flaperon pushrods with holes drilled into the AN490HT11P threaded rod ends.

The big challenge for the next work session will be removing the AN490HT11P threaded rod ends from the flaperon pushrods for deburring without destroying them. Hoping I may get lucky in that the process of drilling reduced some of the pressure in the area where the tubes were center punched … but I know that is being overly optimistic. It is going to be a fight to get the pieces separated.
Posted by John at 6:30 AM