The RV-12 fuselage kit as shipped from Van’s comes with a map box that can be installed in the right side of the instrument panel.  Since I’m at that point in the plans, I’ve decided to go ahead and include the map box in the DOG Aviation RV-12 because it will be useful … plus, I’m already thinking of possibly making a couple of modifications to it later down the road, one of which, as a possible mounting point for a notepad.

Work on the map box began by taking one of the map box halves (both halves are identical) and attaching the right instrument panel cover and door to it with Clecos. Next the hinge is set in place and is match drilled to the holes in the door. 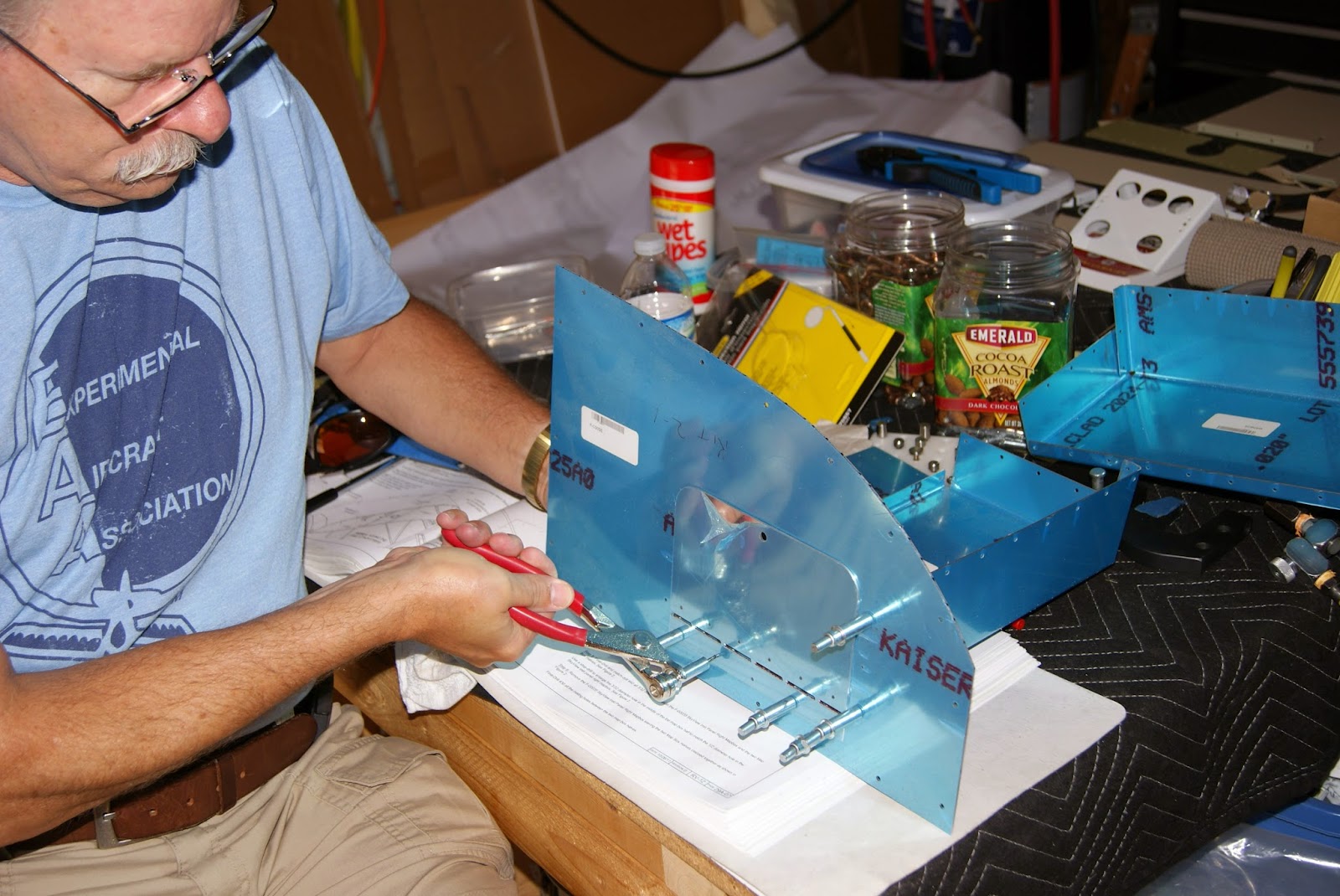 Assembling the map box just enough so the door hinge can be match drilled. 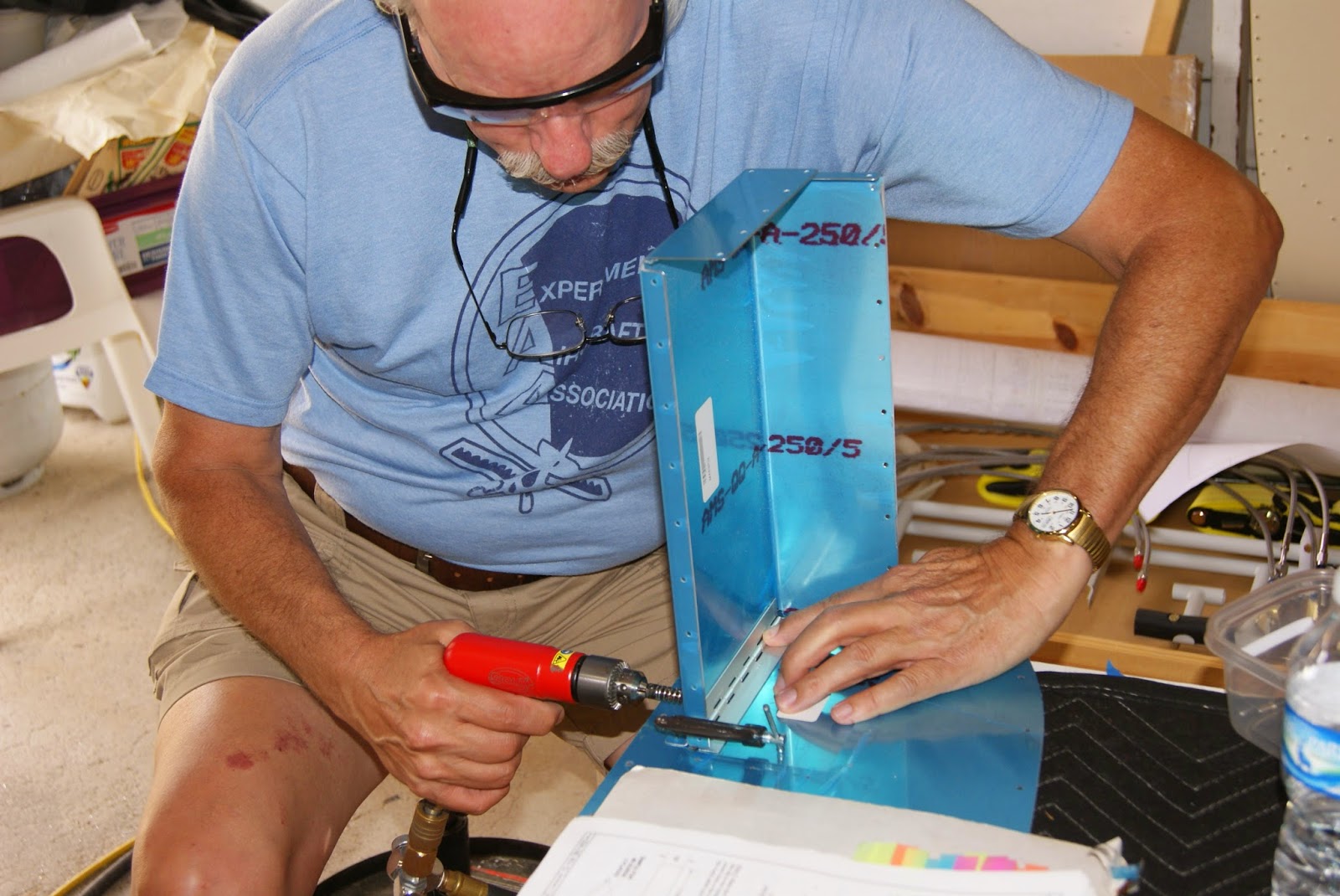 Match drilling the door hinge to the rivet holes in the bottom of the map box to #30. 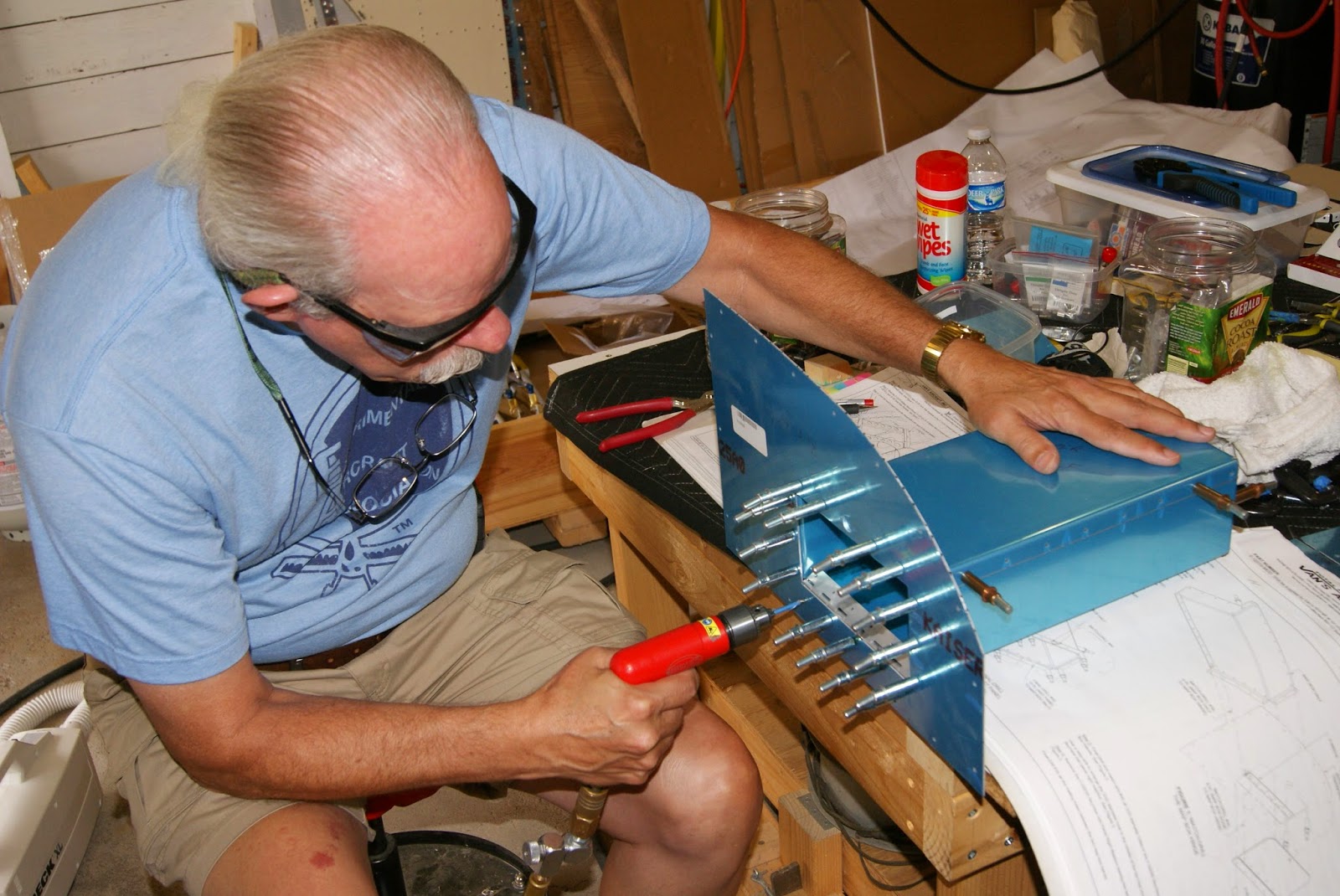 Match drilling the #40 holes in the panel cover into the map box. 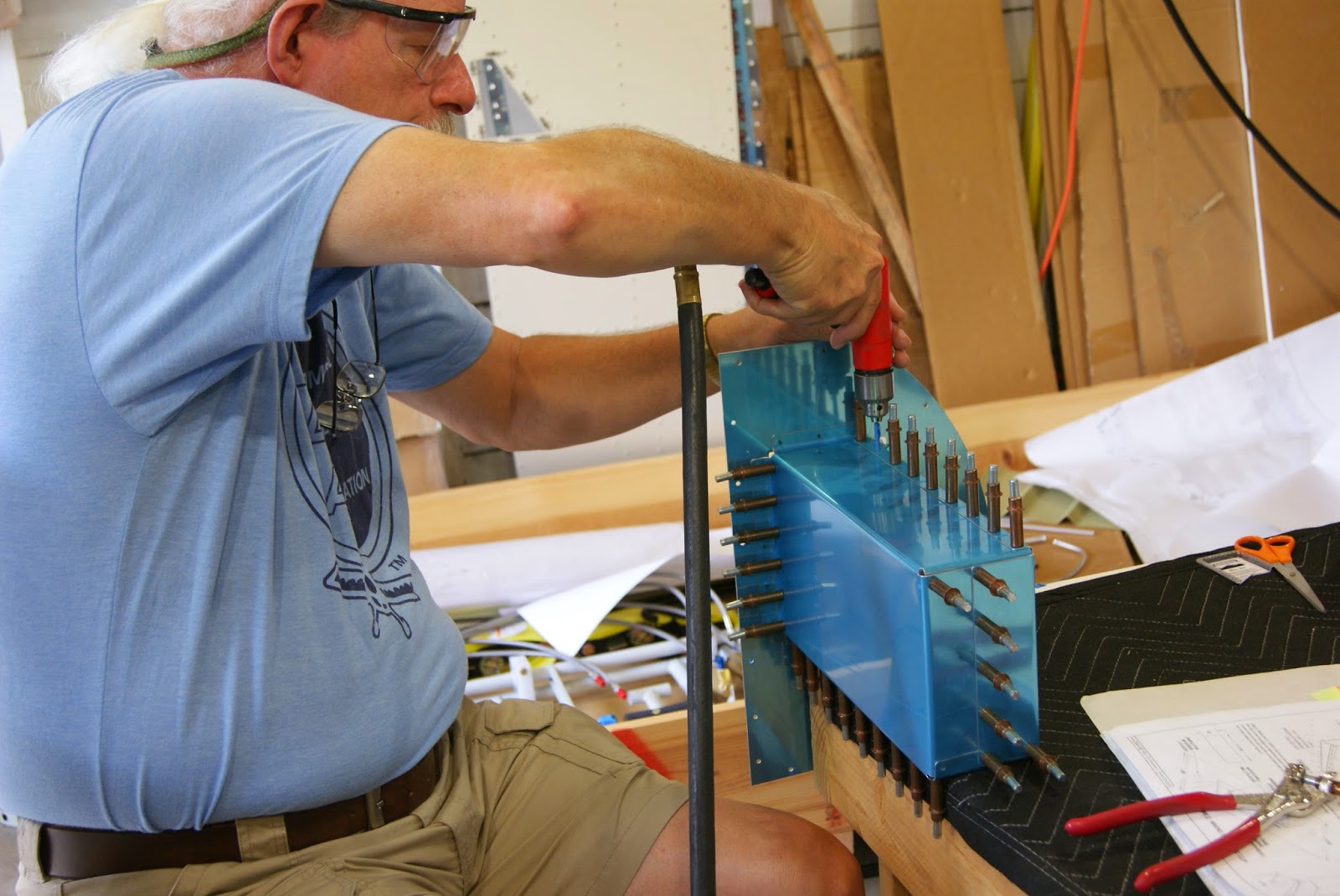 Match drilling the #30 holes in the map box.

After all the drilling was out of the way the map box parts were disassembled for deburring. Also the #40 holes on the map box cover require some extra attention by way of countersinking for flush rivets …. but did not get to that today.
Posted by John at 9:30 PM