The main reason for wanting to halt assembly at this point in time is so the canopy frame can be primed and possibly painted if weather permits. One of the first steps in the canopy instructions is to machine countersink two #12 holes just aft of the bushings on each side of the canopy frame. I installed the countersink bit with the #12 pilot into the countersink cage and proceeded to make aluminum shavings. 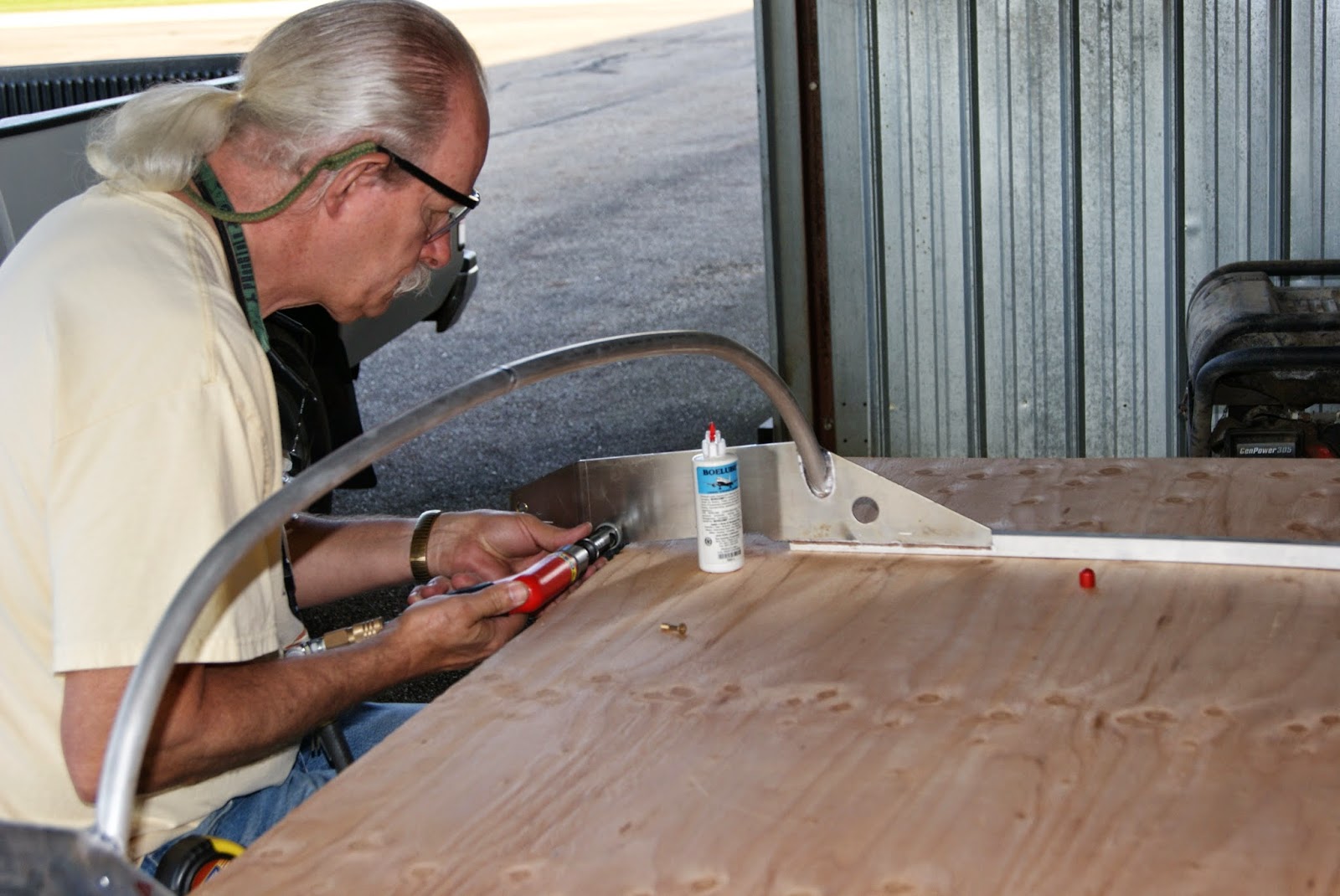 After the two holes were machine countersunk, work began on deburring and smoothing the edges of the canopy frame. 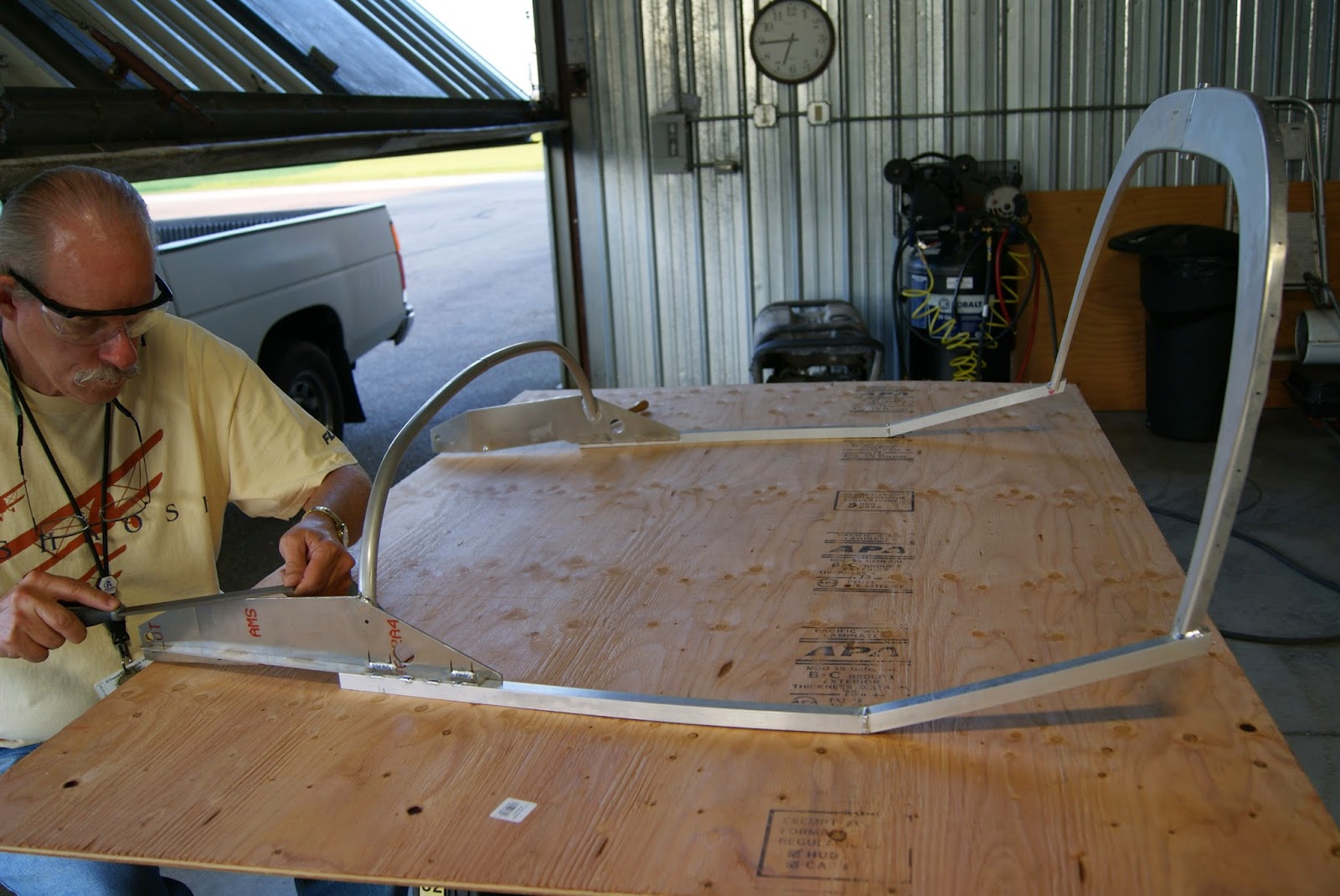 Using a file to deburr the forward portion of the WD-1219 canopy frame.

The instructions have the builder filing down a weld on the upper portion of the bow so it is no higher than 1/32" ... this is so it won’t interfere with the canopy. 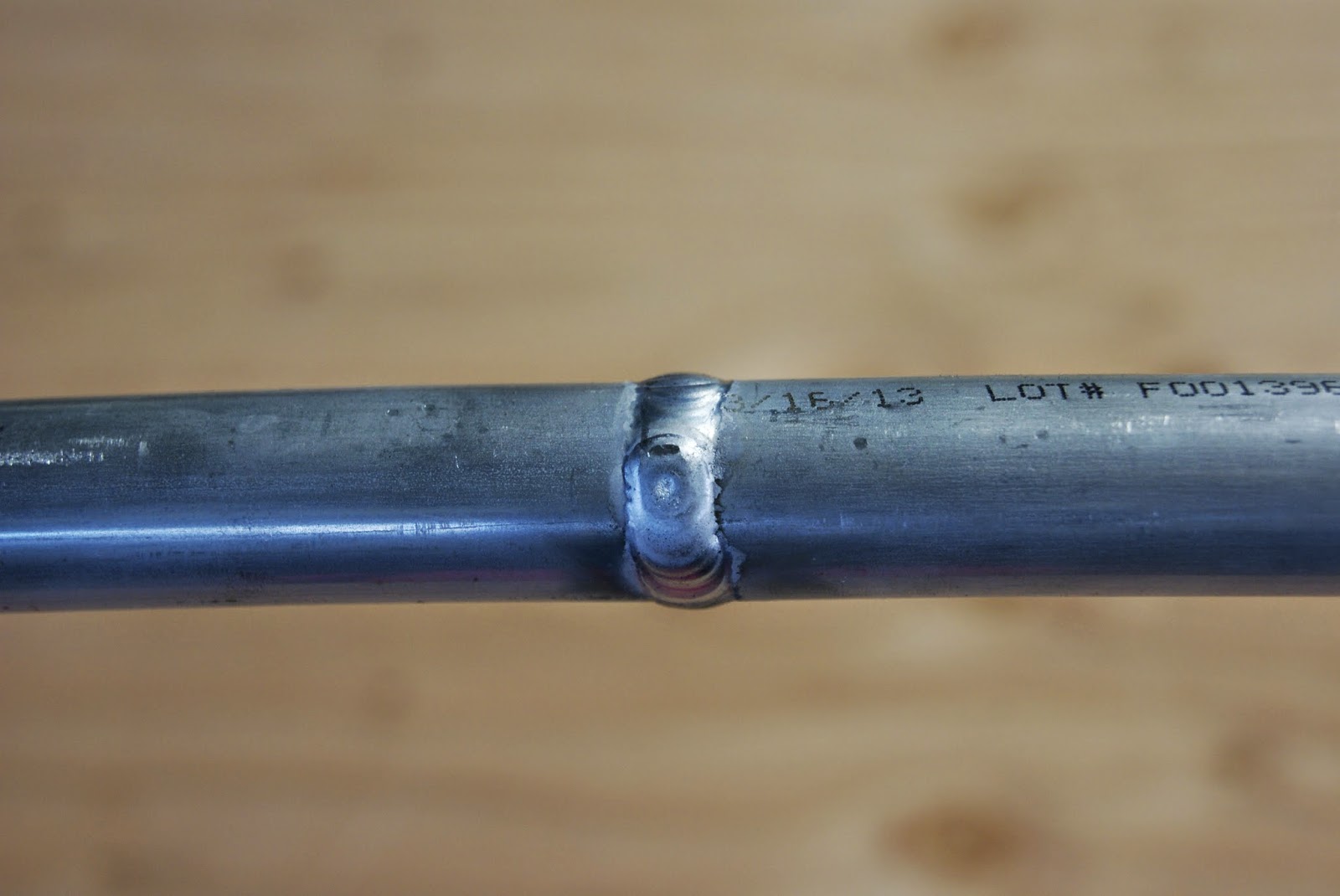 Weld on the upper bow of the F-1219 canopy frame which needs to be filed down. 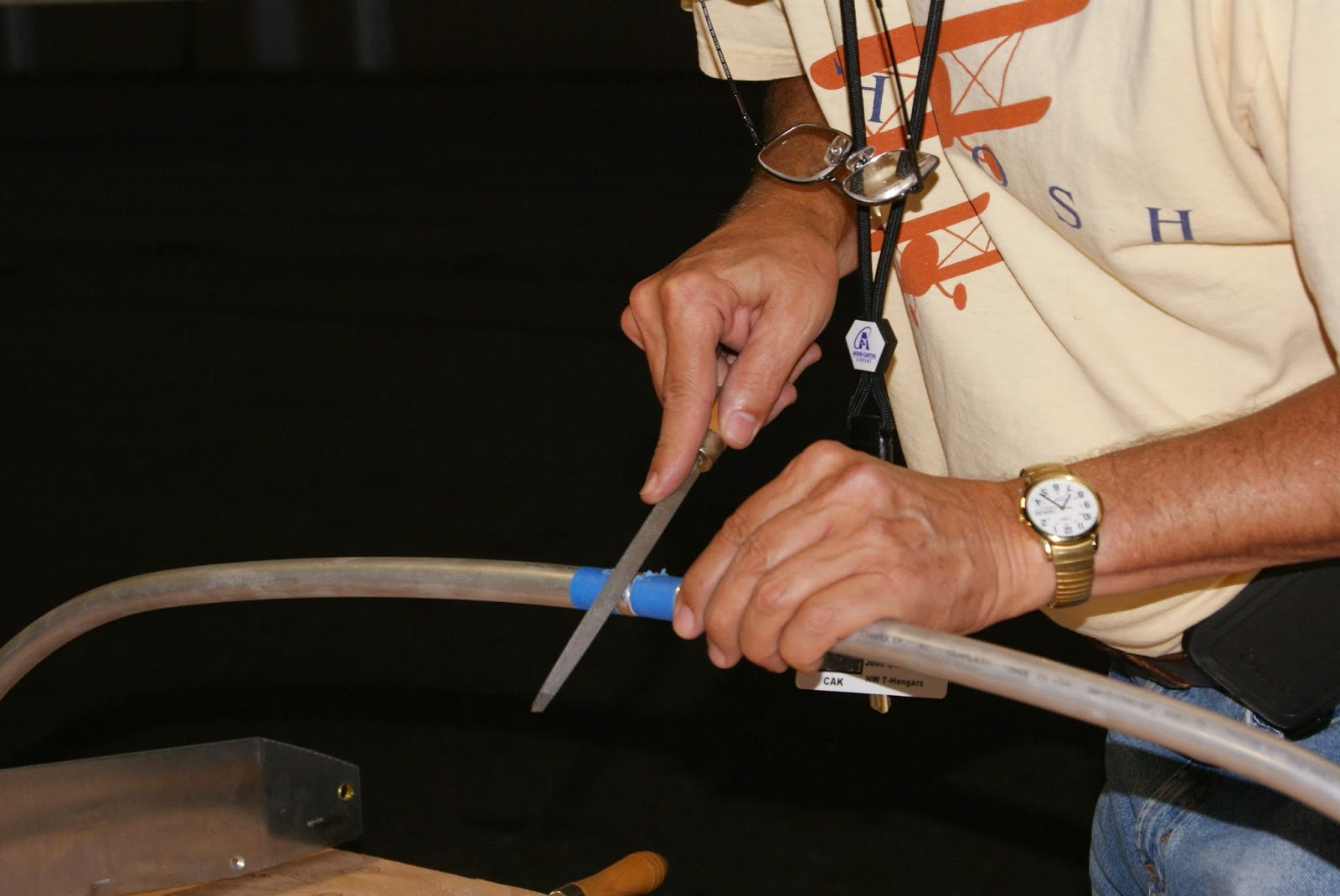 Filing down the weld on the upper portion of the bow on the canopy frame making clearance for the canopy.

Unfortunately, the late afternoon start and time taken to remove the rod ends from the flaperon push tubes did not allow for finishing the deburring process on the canopy frame, so that will be continued during the next work session.
Posted by John at 7:59 AM