The better part of last week was spent out of town helping out with a relative’s move into a house. While out of town, purchased a Champion 3500 watt RV generator that boasts 4,000 watts peak power which was on sale … having high hopes it would power my air compressor at the hangar. Here is a perfect case where on paper it should work but reality is something entirely different. The air compressor motor is 1.6 HP at 13 amps. To figure wattage, 110 volts multiplied by the 13 amps comes to 1,430 watts. In theory, a 3,500 watt generator with a peak of 4,000 watts should work. Bottom line ... the new generator was not robust enough to deal with the air compressor. Bummer!

I have been kind of hot to trot on getting the air compressor running because the weather this week will be favorable for spraying primer on the canopy frame and few remaining parts that still need fabricating. We are getting to that time of the year when nice warm days are the exception and not the norm. 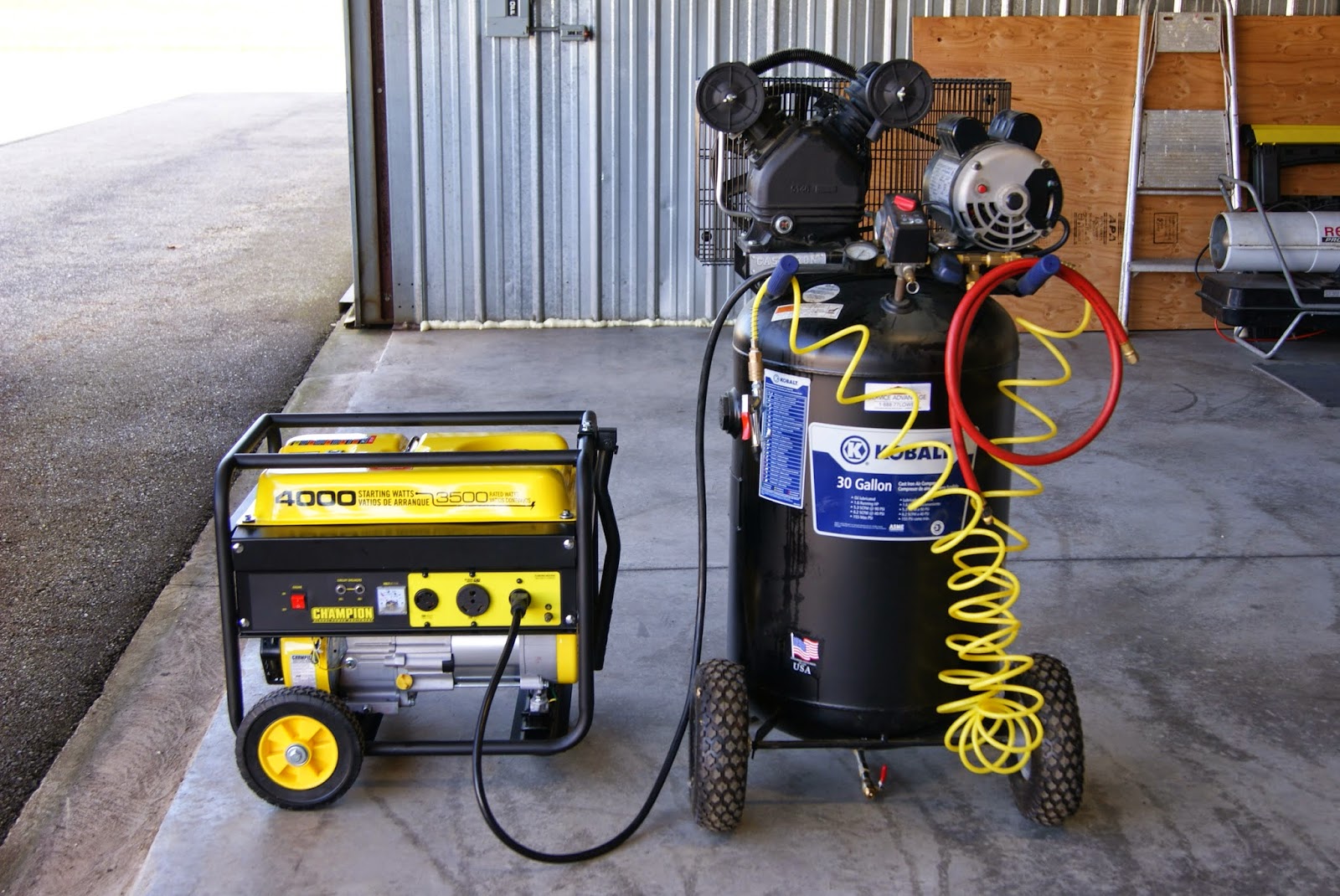 The new Champion 3500/4000 watt generator was just too anemic to run the air compressor.

I know electric motors draw a very large amount of current for few moments during startup and was hopeful the generator was large enough to keep up. Nope … the generator could not handle the large inrush current. The engine loaded down and never recovered. This could be because the 198 cc engine did not have enough torque, or the governor responds to instant loads much too slowly. Guess the Southern Outpost has a new generator for the frequent power outages there.

Generator two - Mike borrowed a slightly larger generator he sold to a friend a while back and it almost worked. The compressor would spin up if the tank was empty but would not start up when the regulator tried starting the compressor to fill the tank while it had air in it. Double bummer!

Generator three - The last ditch effort came by way of Mike’s sister Pat. Pat and her husband George own a farm and have a 6,000 watt generator with a 10 hp Briggs and Stratton engine to run the well pump during extended power outages so the animals can have water. George pulled the generator out from the barn, checked that it started and graciously loaned it out for the spray painting job this week. (Yes, friends, we do have farms and barns in ). Thanks Pat and George for loaning the generator to DOG Aviation. 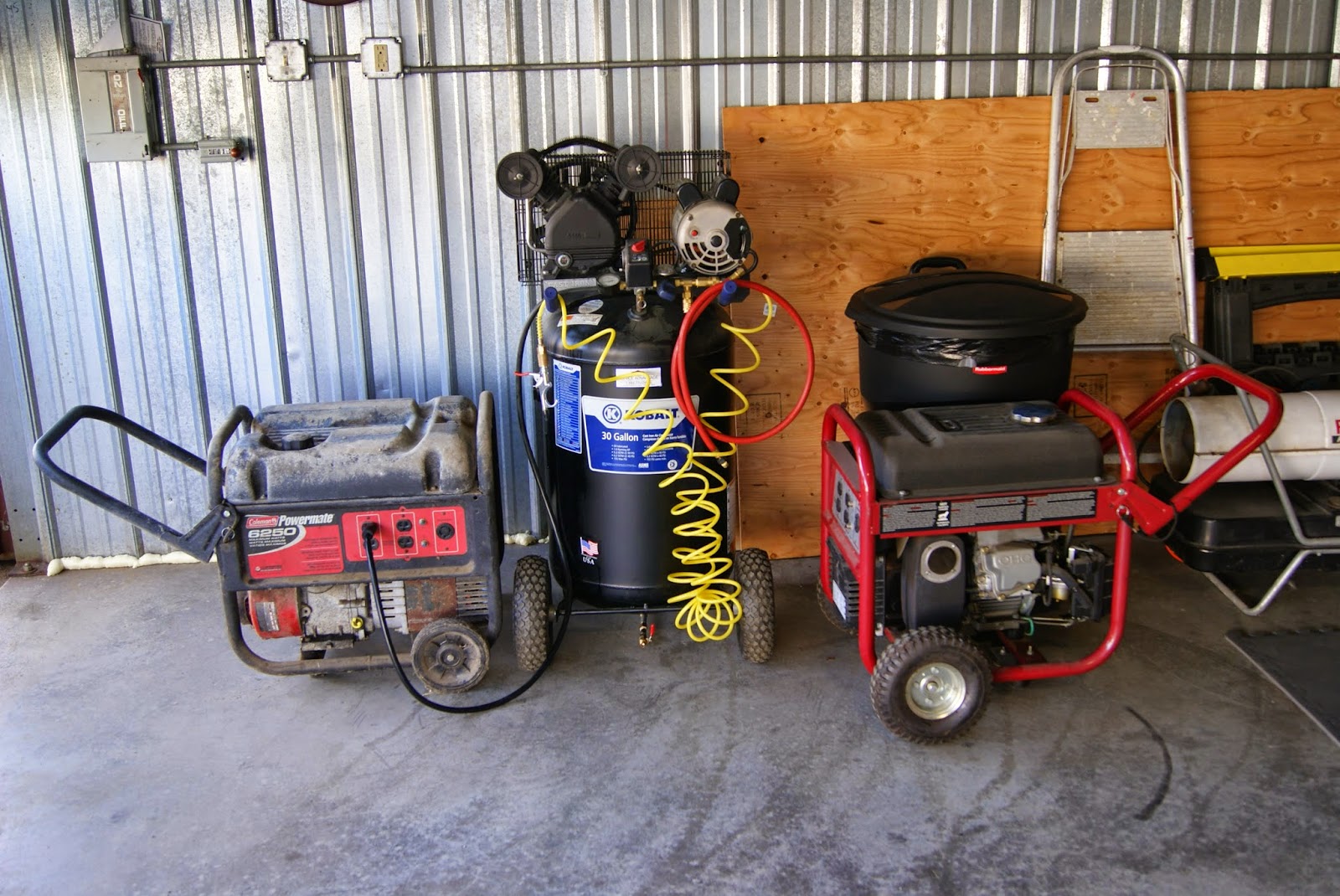 On the left, Pat and George’s 6,000 watt generator straight off the farm easily handled the air compressor … on the right, the generator Mike sold to a friend which almost but not quite got the compressor spinning.
Posted by John at 9:16 PM